Our last update was all about improving planets, this week we're blowing them up.

Posted by GaldorStudios on Mar 3rd, 2013

These last 2 weeks, I've been working on adding super weapons and other support powers with manual casting ability. I'm a firm believer that there's a place for ridiculously powerful super weapons in any RTS, provided that the cost and cooldown times can be appropriately balanced. While the ability to destroy a planet may be insignificant next to the power of the force, it's still pretty cool looking in a video game.


Several tech buildings in the game will grant the player the ability to cast various game-changing abilities. These tech buildings require a large investment (especially for the "main" super weapon) and the abilities are placed on a significant countdown timer. So far, I've implemented 2 examples of what could be called super weapons, and I expect each of the two planned factions to end up with one main super weapon and 2 or 3 lesser support powers. 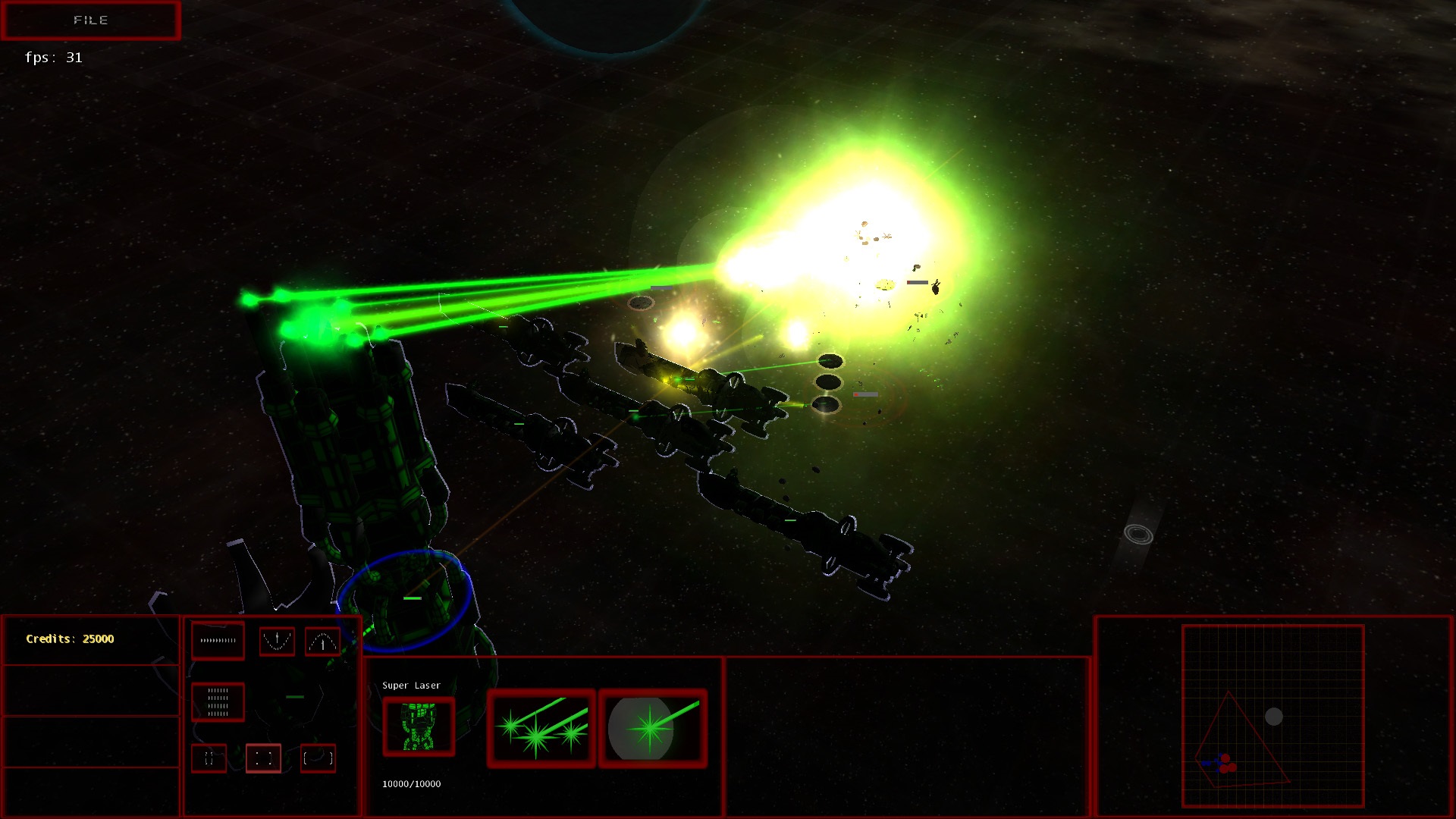 Microwave Overcharge: (support power)-normally used to transmit power to expansions and outposts, the microwave transmitter can be overloaded to temporarily disable all ships in the target area

Other planned support powers include a wormhole generator for instant cross-map travel, temporary reinforcements, and eventually an EMP and nuclear missile for the second faction.

And instead of the laser hitting randomly, it should be a continous laser that eliminates everything in it`s path.( like a tsunami )