Today we bring you two new features that we think are important about Stellar Sphere. The first is the demo, already published, that will allow players to try the game, with the first ten levels, and having all the options activated, without leaving any element aside. The second is version 1.1, "The wrath of gods", where the gods will judge how the player performs during the match.

Posted by Richard_Tsakalidis on Apr 6th, 2019

Stellar Sphere demo, as real as it gets.

The demo of Stellar Sphere, now ready for download, allows you to play the first ten levels (from Alpha to Lambda) of the "Stellar Short" scenario. All elements are active in the game. This includes the configuration menus, which allow you to modify all the gameplay parameters. The only thing that has been cut is the maximum time per level, which in the demo is 5 minutes. More than enough time to test in the ten levels the characteristics of the game. 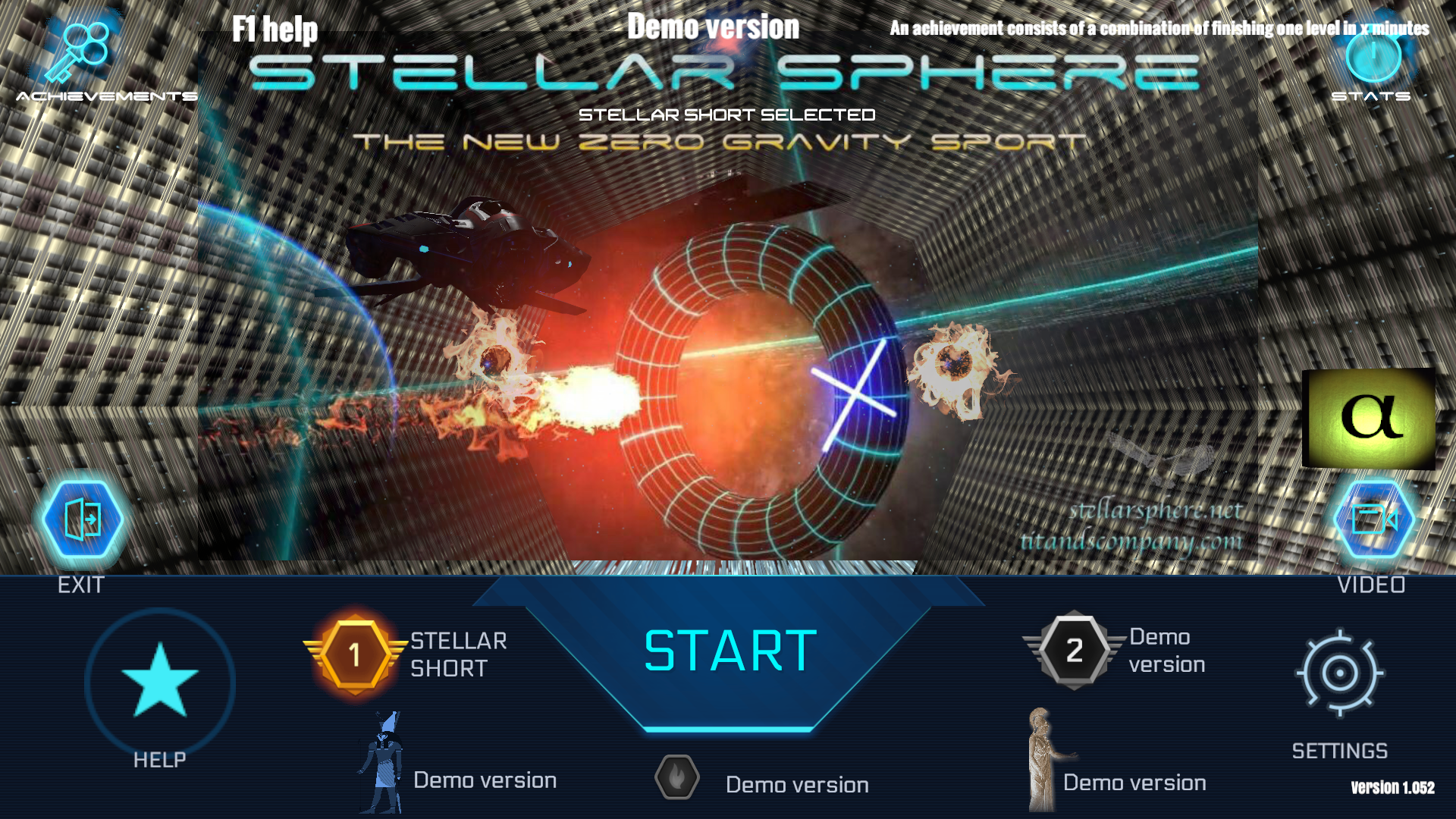 The demo will be updated. Unlike other demos, which remain forever as they were published, the demo of Stellar Sphere will also incorporate new elements that affect the demo and we'll upload those new features. Therefore, every time the player plays with the demo, he/she will be doing it with an equal version in everything to the final version.

The second feature, which is incorporated in version 1.1, is what we call "The wrath of the gods".

The Egyptian scenario, with Horus and Anubis, and the Greek scenario, with Zeus and Athena, will see how the gods can choose to help the player, or finish him off. And remember the gods are capricious.

The format of these two scenarios works as follows: all elements of the other scenarios act alike. But in each of these scenarios there are two statues of two well-known gods from Egyptian and Greek mythology.The gods will value your way of playing, and how you act and compete for the highest score. If they think you're doing well, they'll support you by destroying enemy ships. 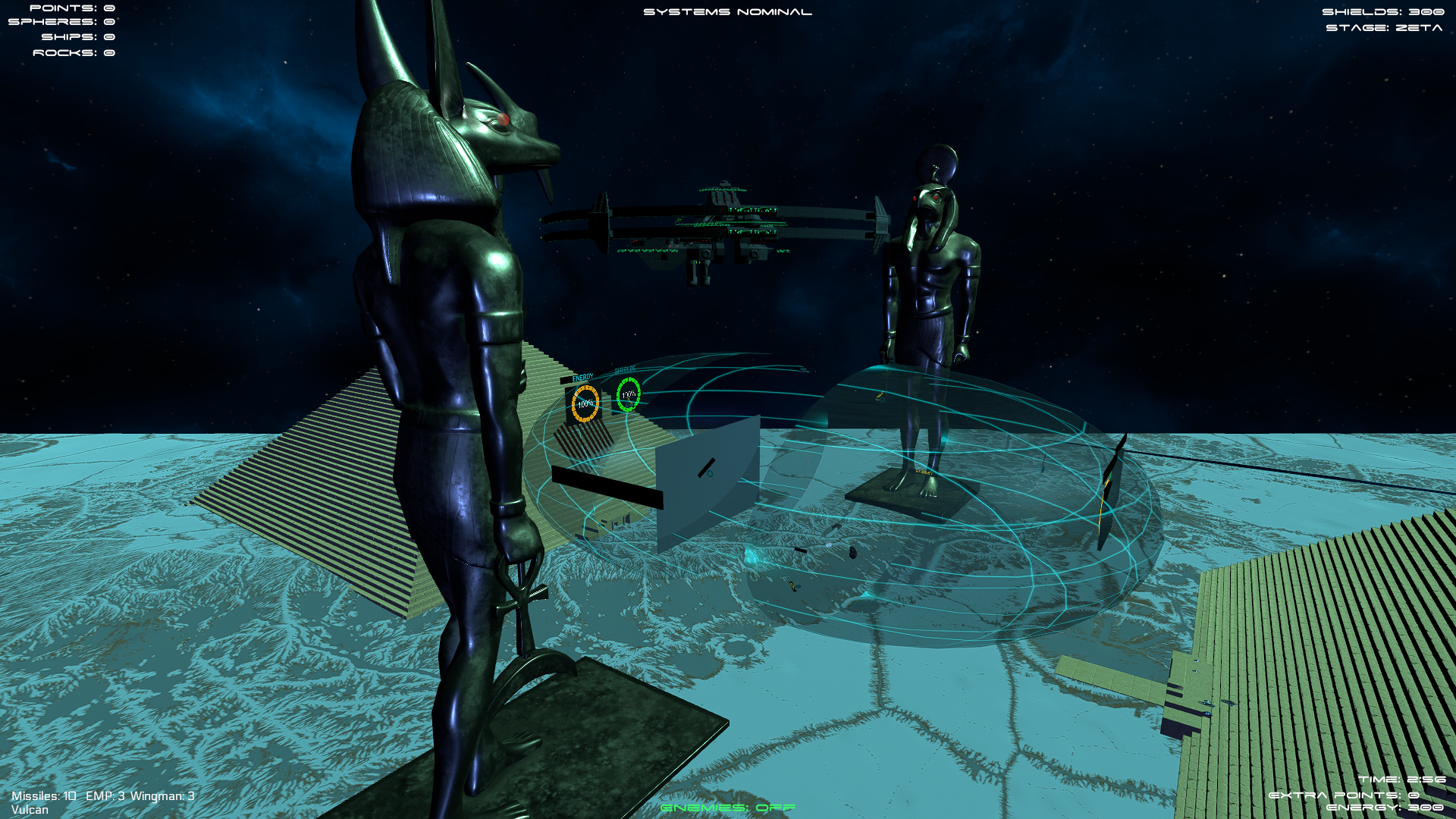 Each time one of them acts, you'll see a small window on one side of the screen, showing the god throwing a lightning bolt. This ray will have chosen a ship that is attacking you, and will destroy it.

However, if you are sleeping and you don't score enough, or destroy enough ships, the gods may get mad at you. Then they will attack you, rather than the enemy ships. And that will be a serious problem for your survival.

What if, on occasion, it happens the other way around? Well, gods are capricious. If any of them decide to change their mind on some occasion, you must remember that they are gods, that is, totally unpredictable. Next time they may decide to make a mistake in your favor.

Version 1.1 is now ready, and the gods will decide your destiny.

And remember: in these scenarios they cannot be deactivated. A god never had a button to activate or deactivate it. Good luck with the championship.

The video shows Horus being impatient with you in a fragment of a match. Horus is known for being not very patient. Try to score better, so he can change his mind. Maybe.