After a relatively short period in Steam Greenlight, Emerge: CotA will bring the Apocalypse to Steam on April 27 2016! For information about the Greenlight campaign, press coverage, useful strategies for boosting (or reducing!) your game's visibility and the current state of Emerge, keep reading! 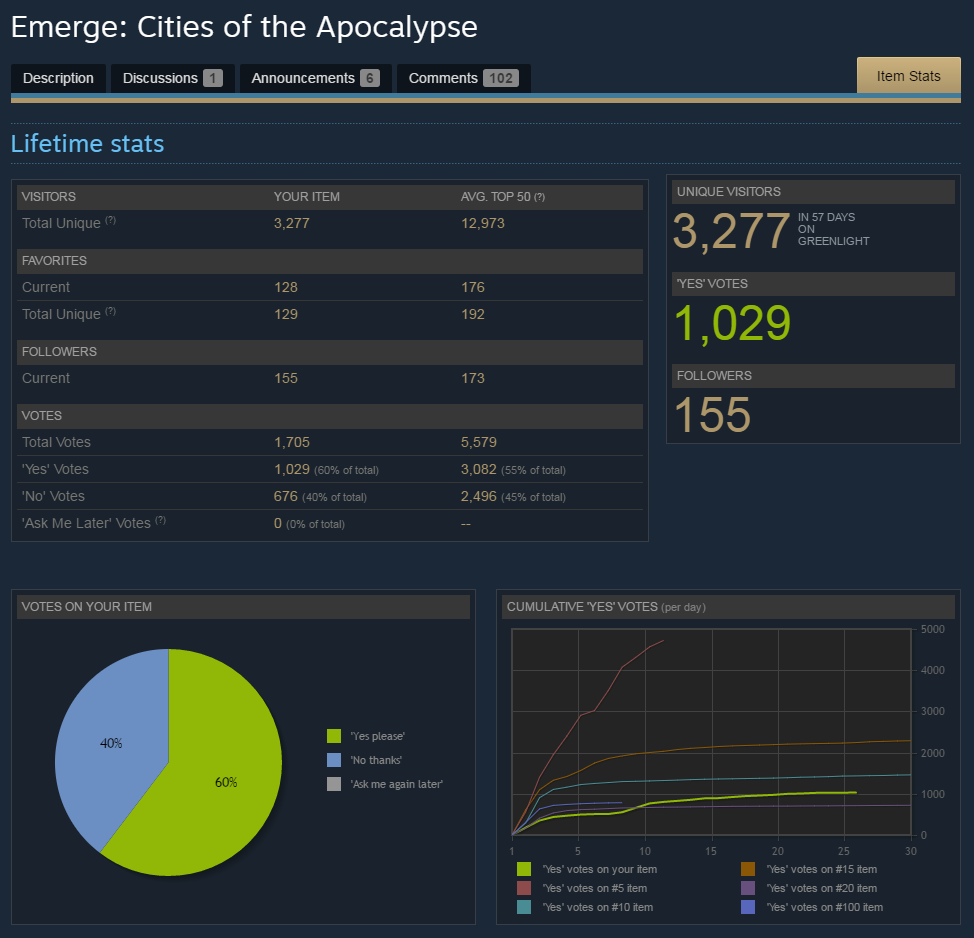 In less than a month*, Emerge: Cities of the Apocalypse managed to get Greenlit. Its final stats are not that impressive, save for the 60% Positive - 40% Negative vote ratio, which is quite an accomplishment and something to be happy about. Many games, even more popular ones, who manage to get Greenlit with many more Yes votes, usually have a greater Negative vote amount (I have seen Greenlight postmortems of games that were Greenlit with a 30%-70% Yes/No vote ratio).

Sure, it's not like tens of thousands of Steam users dropped their ice creams on the ground and ran home to vote for the game. But bear in mind the following: 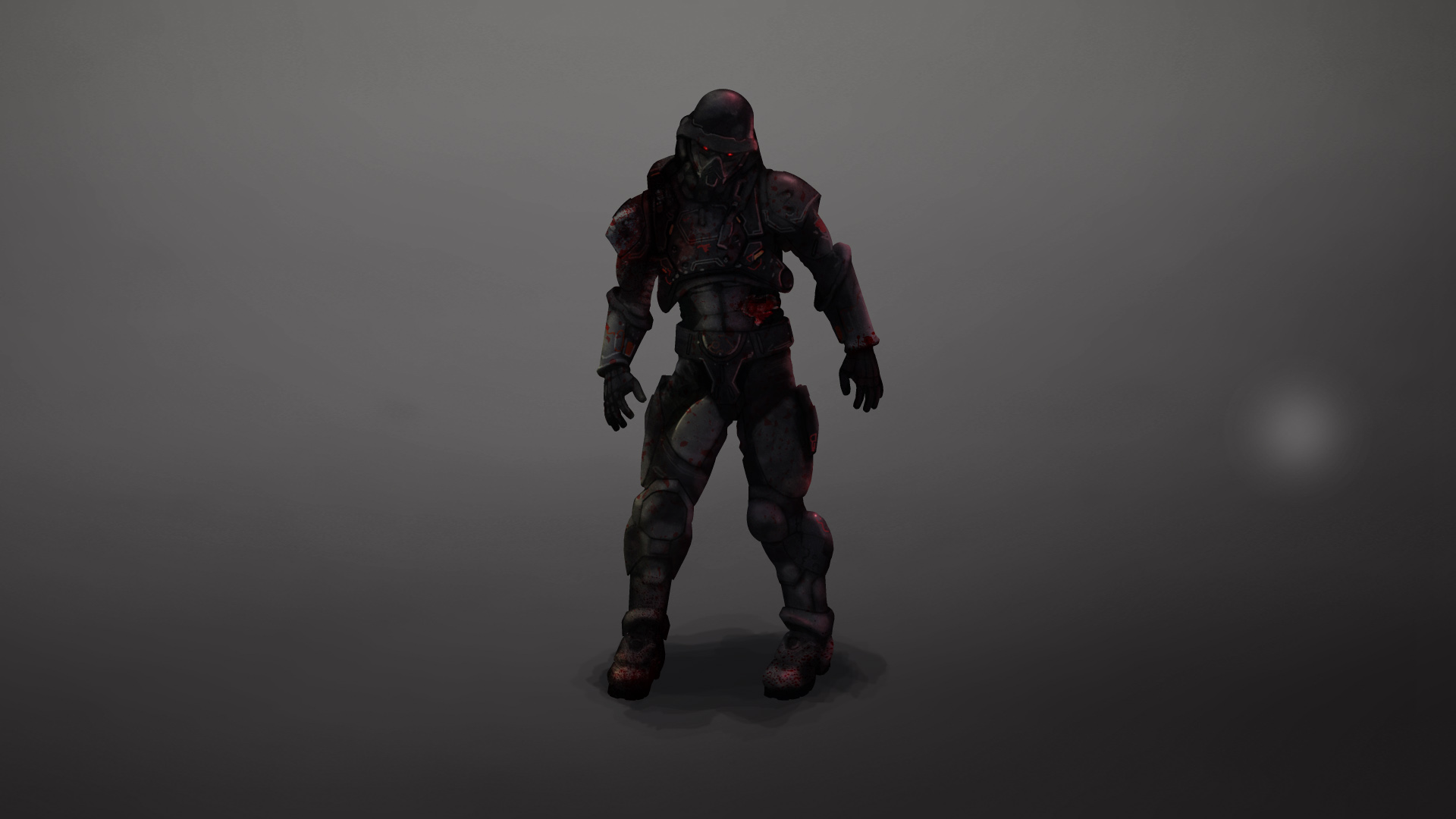 So taking all of the above into account, I can say that I'm very happy for a game that literally one day parachuted into the internets and people, though not in hordes, judged the game solely by what they saw and played, and not by PR/viral overhyping and/or crowdfunding buzzwords and fake promises.

Again, that's not to say that all games with communities or strong social media presence or a crowdfunding campaign get more than they deserve. I am more interested here in showing that the game did good for its relatively short lifespan in the internet, rather than bashing games with a longer presence and audience.

* Don't be fooled by the "IN 57 DAYS ON GREENLIGHT" tag next to the Unique Visitors. This is how many days have passed since the game has been submitted. The green line in the diagram below the unique visitors is more accurate, as it ends at day 26, but I think it's still not perfectly reliable, because a couple of days after the game was Greenlit, Yes votes were raised by 2-3, which should not normally be possible. How can one vote after voting is closed? Eh, Valve??

** This is a real question which was actually asked over at the RPG Codex thread. More interestingly, opinions were provided. Some valid, some misguided, as asparagi is not an issue for non-experts.

So, what is happening?

After trying to figure out exactly what the glorious Greek Government wants from me to be happy, which is a ton of money and taxes for being a legitimate "provider of digital services" in their eyes, I set off for the magic lands of the Steamworks SDK. The details are long, tedious, and made my eyes roll so many times that I believe I can now manage an 180° roll by request. And this was not Steamworks' fault. Nope, not at all. I'm pretty cool with it. Game Maker 8 is where my beef is slowly sizzling to a furious crisp.

Back in 2012, it seemed like a good idea. It still does, in that the game is so easily moddable and DLC can be so easily added to it. Hell, I can create 3 new enemies with mechanics completely new to the game and add them in 3 folders, without ever touching the game's .exe. But versatility of this kind comes with a cost, and the cost is that GM8 is no longer supported. Long story short, problems were overcome, and the game now has Cloud Saves, Stats and Achievements, as well as trading Cards. Also, I think I might have managed to solve a problem that not even Hotline Miami and Risk of Rain managed to adress (they were both made in GM8), but it's too technical to elaborate. Keyword: fpcw register. 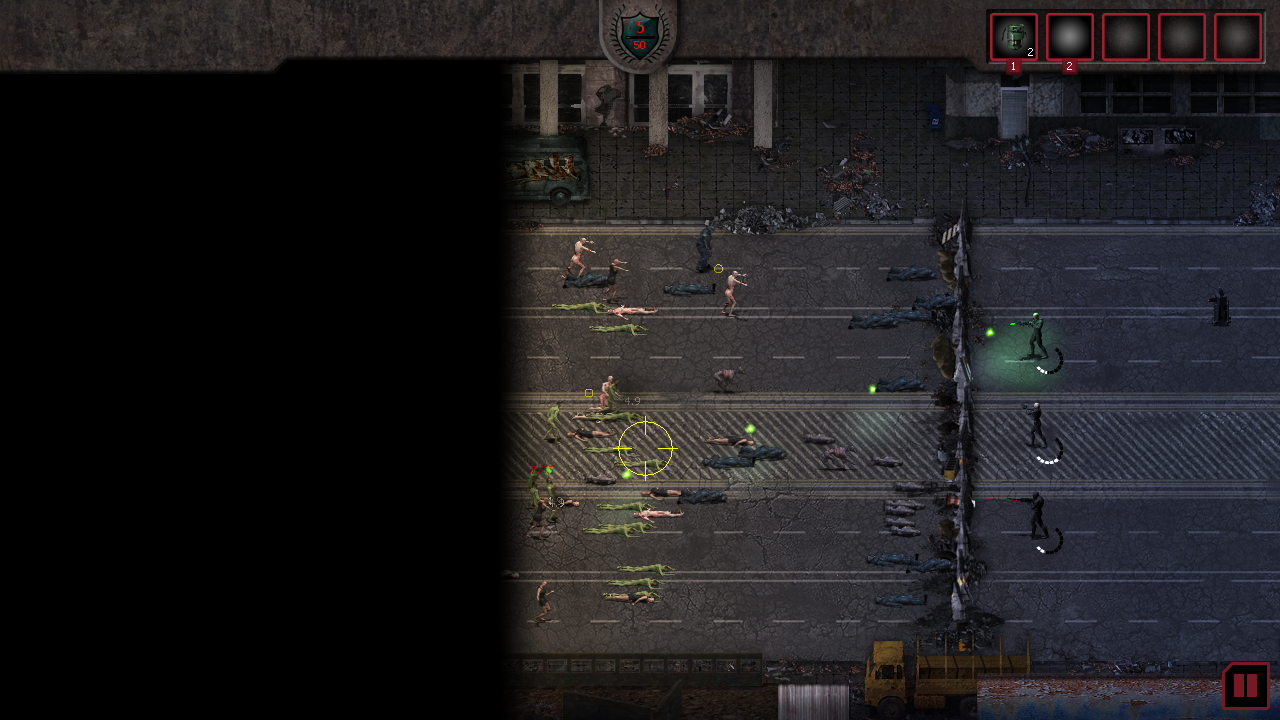 So right now I'm testing the game with my loyal min...errr testers, as well as contacting the press for reviews, coverage and mentions. Here are a few key points:

* PROTIP: Many Gaming websites' reviewers can be reached in the following way: firstname@websitename.com. Instead of trying to send your game to a flooded contact@foobar.com or an (AHAHAHHHAHAAHAHAAAHAAAA) embedded contact form, be smart. Use an email checker to verify said smartness.

So, what will happen?

Difficult to see. Always in motion is the future*. The game will be released on April 27 2016. Initially I thought that something along $4.99 would suffice (and version 0.9b was uploaded on itch.io with this price), but in the meantime an entire DLC's worth of content was integrated with the game (not to mention Steam's particular gimmics like Trading Cards), so I think that a final price of $7.99 should be good.

What can I expect? How many sales? Positive or negative reviews? Aside from an upcoming interview with Darkstation and a possible review from IGN Greece (and the occasional decent-but-subs-not-in-the-millions Youtuber), no major coverage has occured these days. I was very glad when Rock, Paper, Shotgun posted an article about the Greenlight Campaign and I will be even gladder if they concluded this perilous journey with a simple mention of the game's upcoming release. 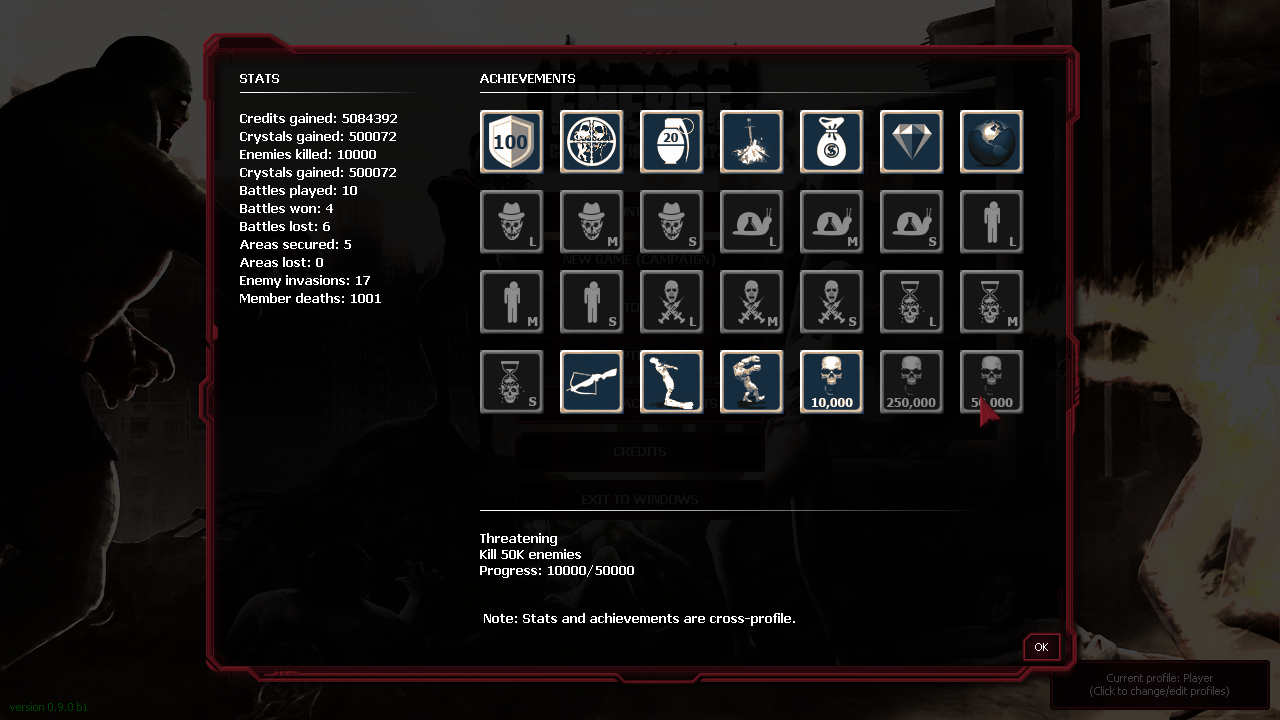 But I don't need miracles, not really. All that's needed is that people take a look at the game and see it for what it is: A fun, post-apocalyptic strategy/defense hybrid that can keep you invested for hours upon hours. As King Vendrick said, "The rest will follow".

* Yoda: Saving people from openly admitting they have no idea since 1980.