Steam Marines v0.7.9a has arrived with New Game Plus, Hard Difficulty, and more!

It's been a month since the last build and stuff has been cooking. The big ticket changes are New Game Plus, Hard Difficulty, the new Revenant boss, and a bunch of art! 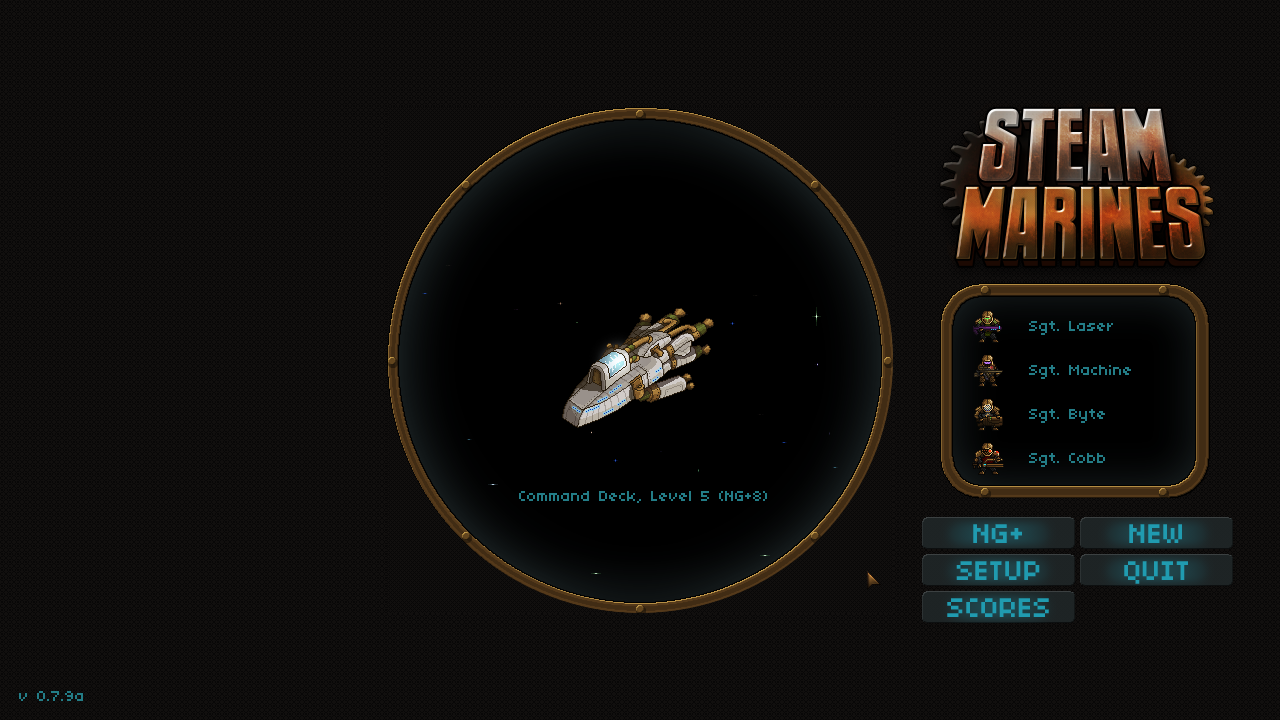 New Game Plus allows you to start the game over with your current marines, all of their experience, ranks, talents and equipped gear, your inventory, and your score. Infinite NGP means your potential high game score has no limit.

Bah! Steam Marines is too easy! 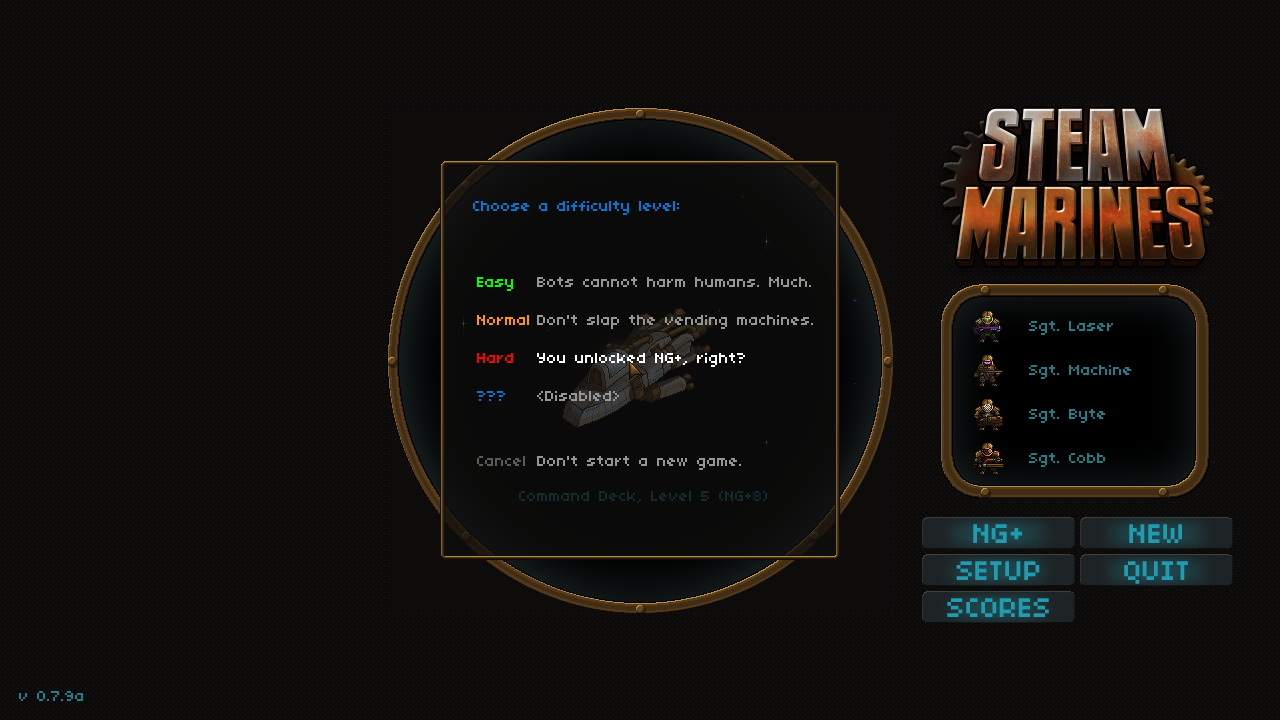 Okay, smarty pants - I got you covered, too :) Have you been rofflestomping Brutes and Flamejacks? Do the antics of Thopters and Amputators merely make you laugh? Hard difficulty is here to make you shake a leg. How much harder is it? Well the Hard difficulty modifies your score by 125%. Which is probably very unfair. Speaking of unfair... 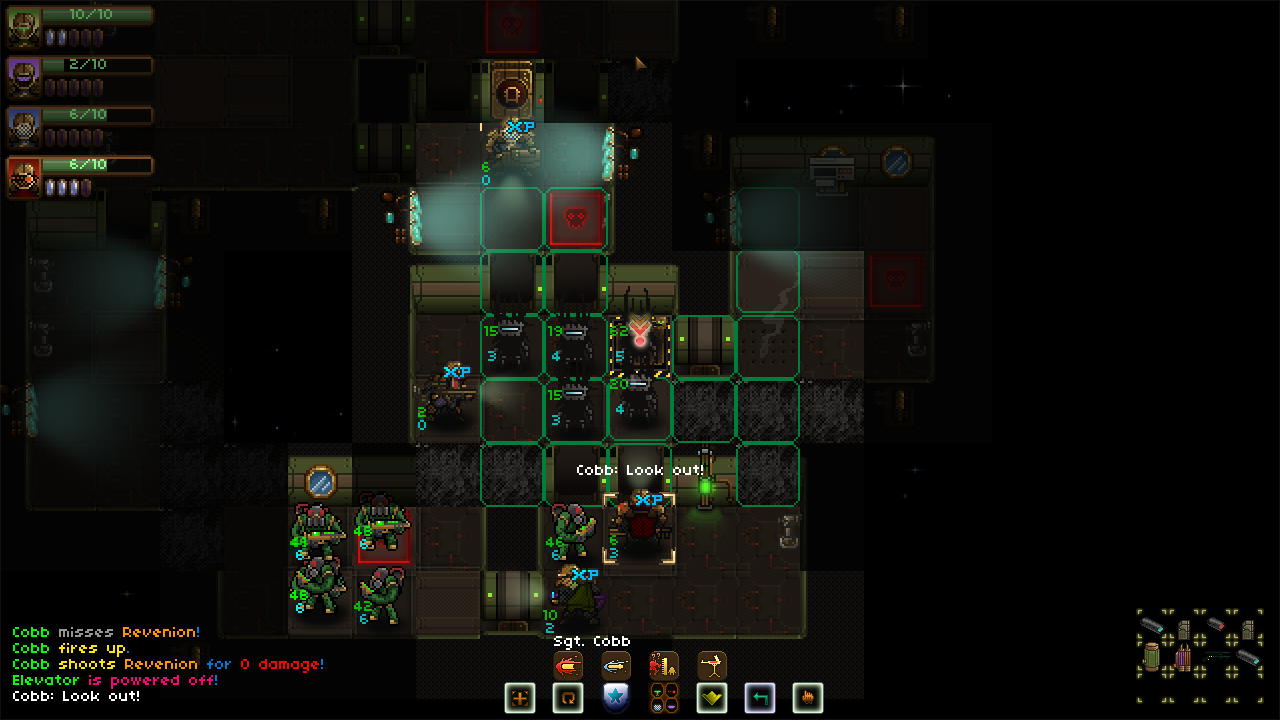 The Revenant is back, and he's more of a jerk this time around. He has buddies. He spawns buddies. He's faster. He hates elevators that work. The aliens with energy weapons aren't too friendly, either. 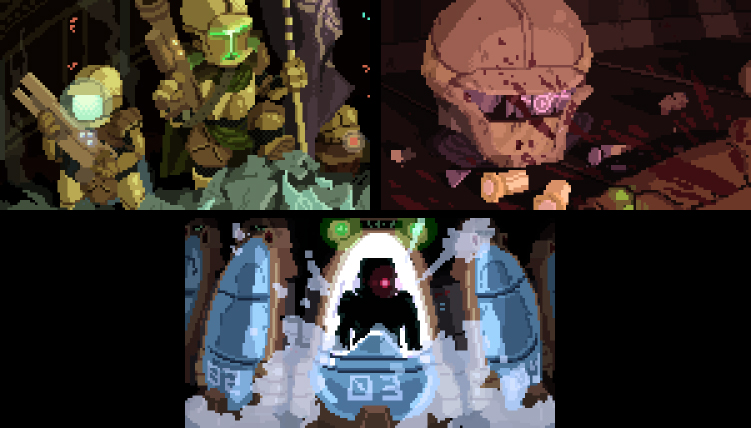 Oh yeah. Art. For squad creation, for victory, for defeat. Fight and die in style.

That's not all. Build v0.7.9a is huge. As usual you can download the game directly from IndieDB, the official website, or the official forums. Thanks for reading and happy robot (and alien) hunting!