Steam Marines v0.6.7a is out with GUI upgrades, Deck Integrity, and more!

Hello, everyone. Before launching into the gritty details of the newest build, I'd like to remind everyone that Steam Marines is listed on Steam Greenlight and an upvote/favorite would be enormously appreciated if you enjoy the game so far! As usual you can download the newest builds from the official site or on the forums ^_^

This version of Steam Marines is packed with a bunch of stuff. Some features didn't quite make the cut (yet!) like Oxygen but you do get a bunch of GUI upgrades, a third (!) set of controls of basic controls for people who expressed concern over keyboard focused gameplay, and an end-of-level statistics screen.

A new enemy, the Acidjack, has been added to the game as well. On that note I'd like to mention that my artist has had a rather serious hardware issue recently but should be back up on his feet in a week or two. Expect more art assets to coming pouring in after that point starting with more enemies! 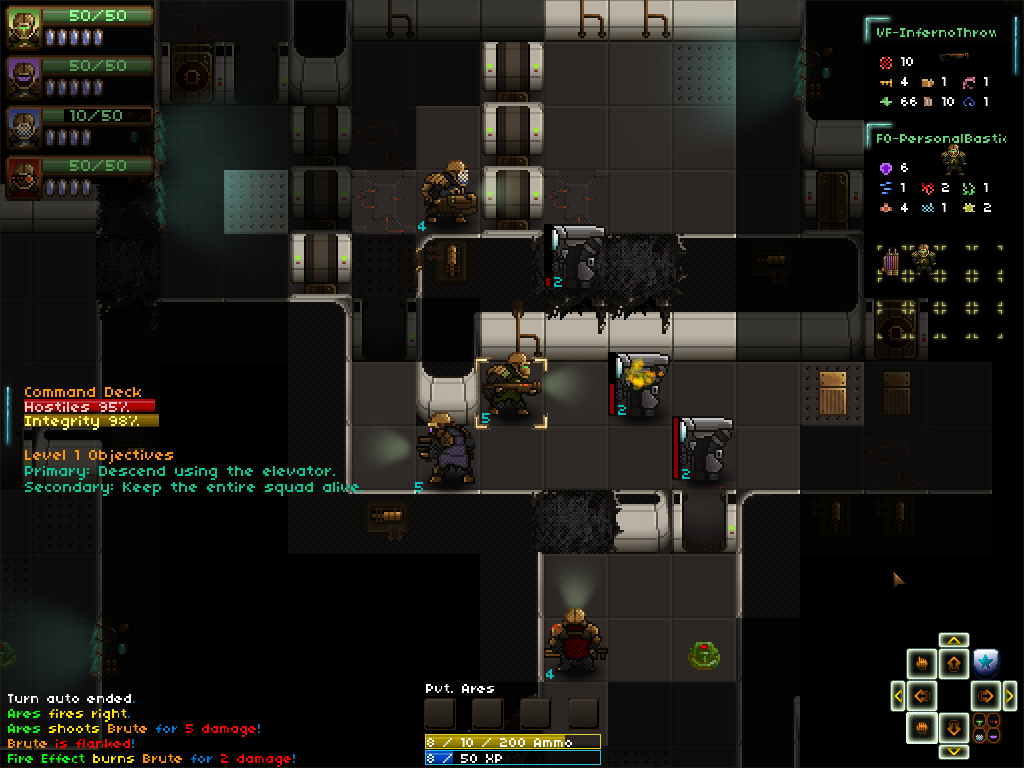 Some of the new GUI elements can be collapsed: 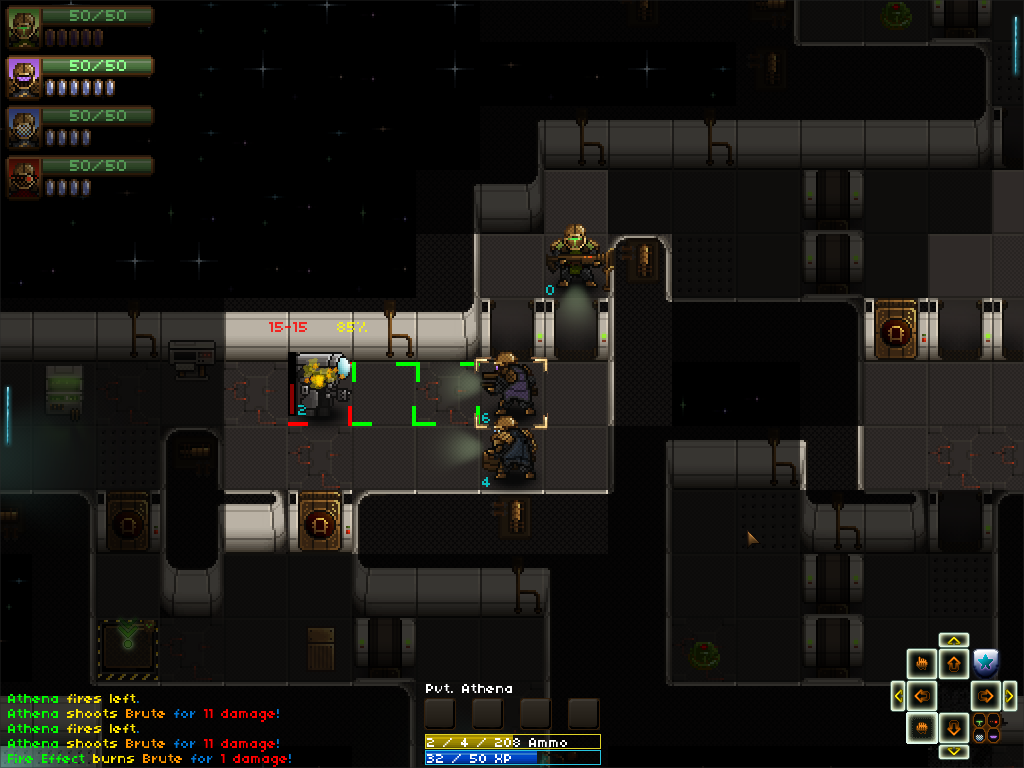 The new enemy exploding upon death! Veteran players might recognize the graphic :) 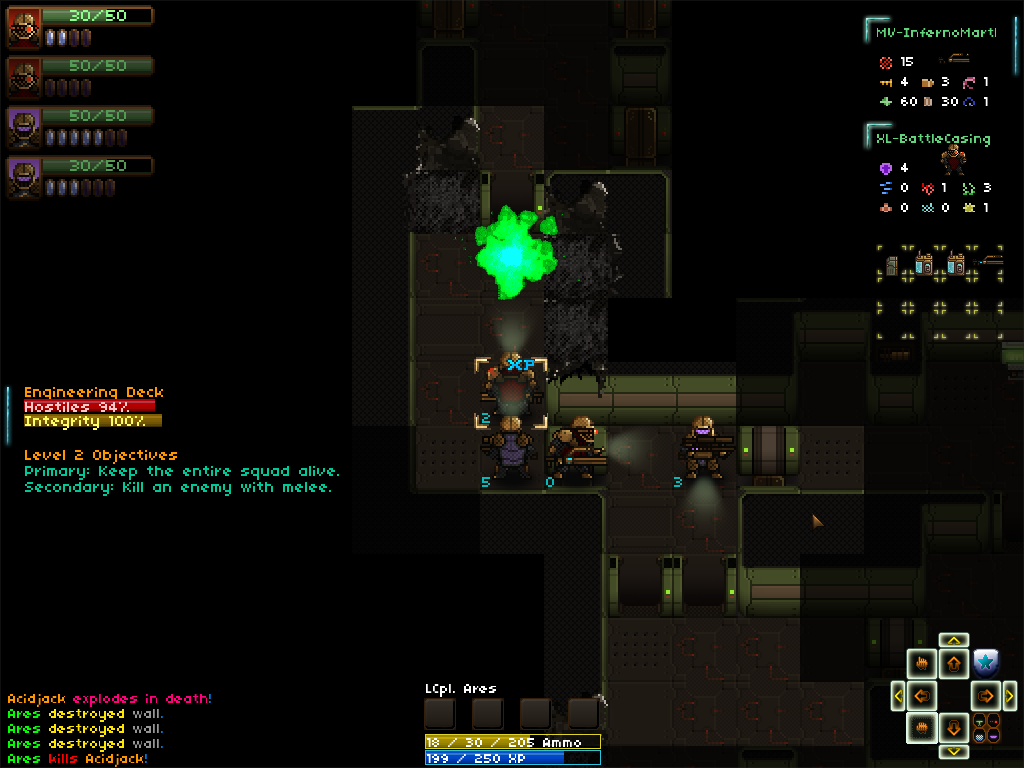 Another day, another grate tile ambush: 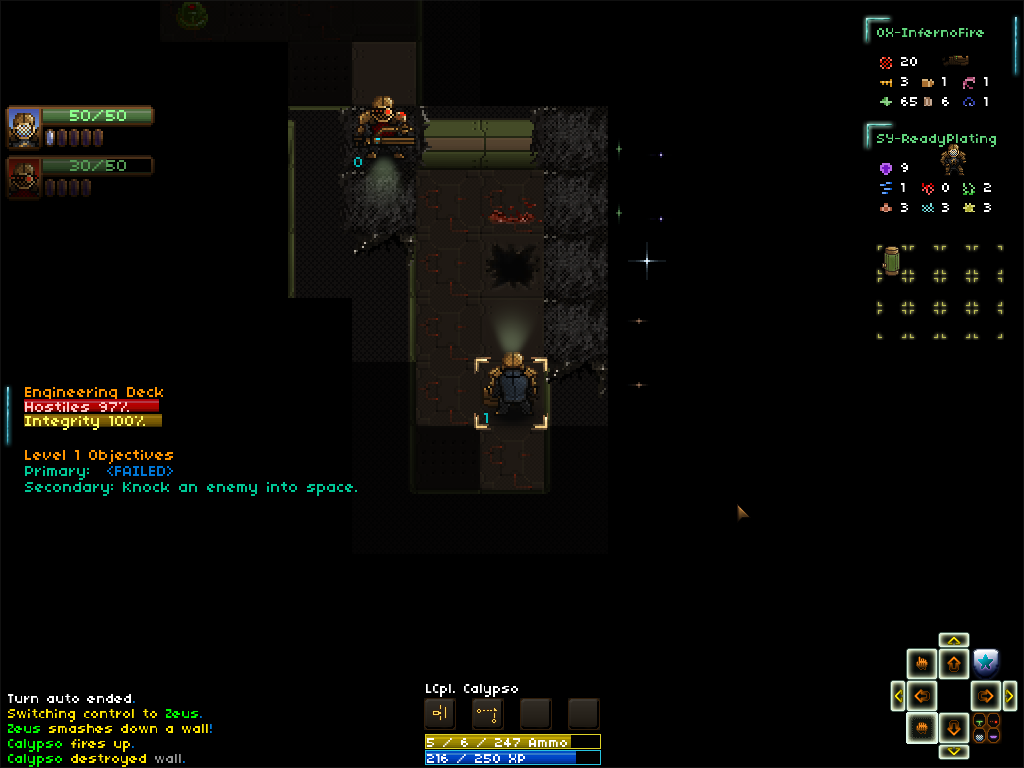 Statics screen when completing a level: 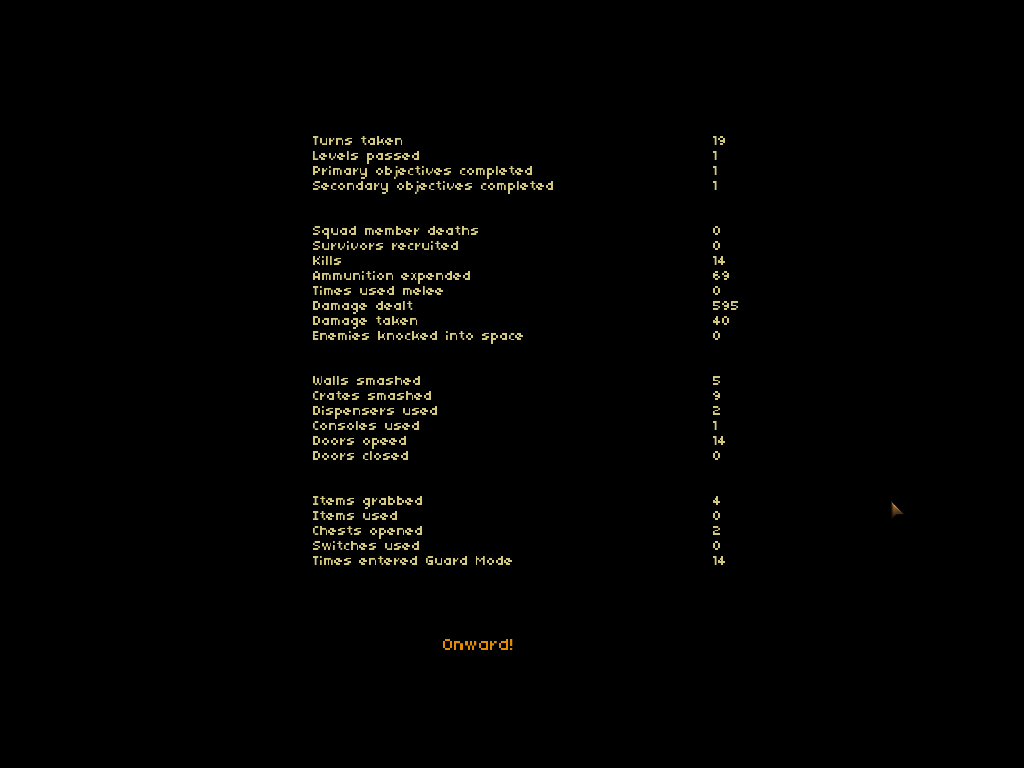 
I wanted to take a moment to discuss the new targeting system. Quite a long time ago Steam Marines was called "Quad" and was a slower type of game. There was effectively no facing mechanic - you could fire in any cardinal direction from any position. It also had tile targeting that gave you more information on what you could do. With Steam Marines v0.6.7a we're returning partially to that mechanic: 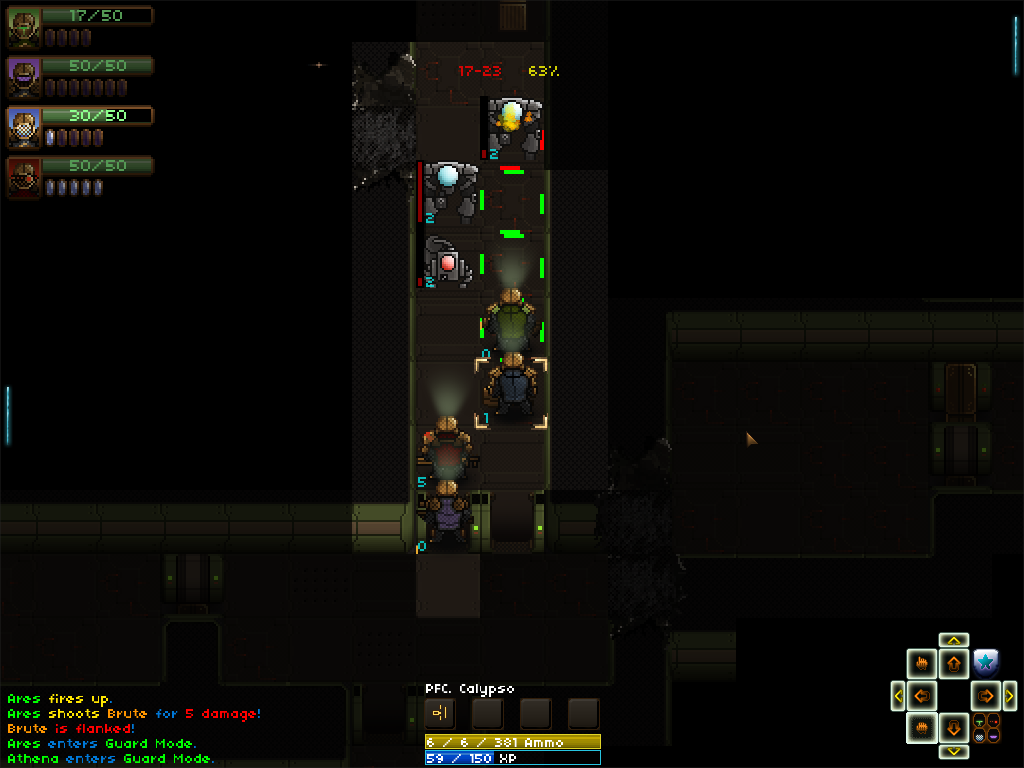 Tapping the fire key now flips on animated tile target indicators. It's now very clear what tiles you can fire through (tiles with crates, items, friendlies, et cetera). You also get a popup of damage and accuracy numbers on your primary target! Tap the fire key again to shoot the robotic invaders to pieces!


And, of course, the almighty changelog - phew!

very nice man will be following