On March 6, we lost our beloved grandfather… He was very close to us and we miss him dearly. As you can imagine, we stopped working last week, and have only begun getting back into it recently. It will be slower trekking for a while.

Here's what we worked on before from February 21 - March 5 and had yet to post here:

At the moment, we have quite a few design decisions that still need to be made for alchemy, but here’s some of what we’ve decided on so far:

All effects that can be made from alchemy are based upon the 4 elements. The goal is to allow alchemists the ability to break down items into elements. Advanced alchemists will then be able to essentially transmute or rebuild items using the broken down elements as building blocks.

We will reveal more as we progress.

Andrew has continued working on The Town. Primarily, working on layout design and making adjustments to ensure everyone has a place to stay. Also, the entrance to a future forest has appeared! (This is just down the river from the town.) 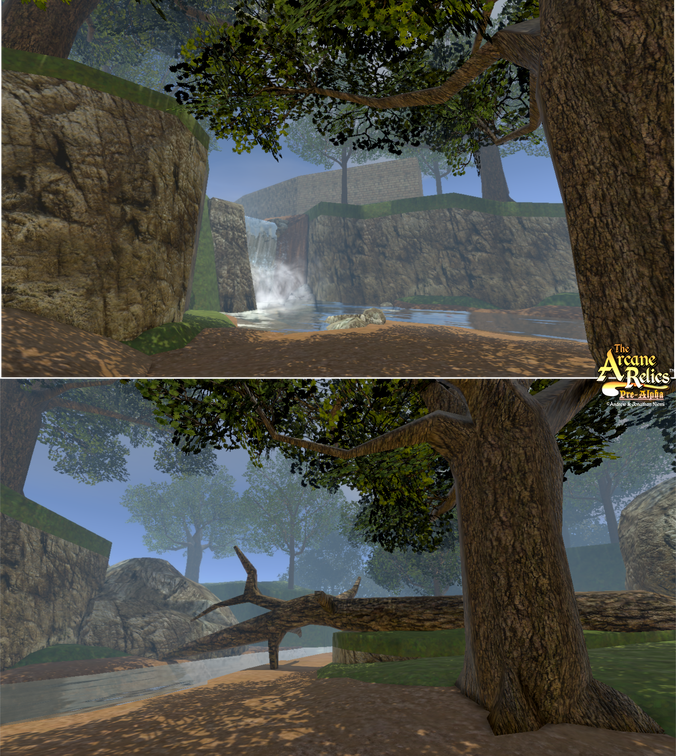