A re-implemented boost system has been launched on Starpires, adding greater strategic depth to the game.

The most recent update to Starpires includes a completely re-implemented boost system to add additional depth of strategy to the game. Boosts are temporary enhancements which effect your empire for a set amount of time or turns. They can be stored in an inventory and activated when needed. 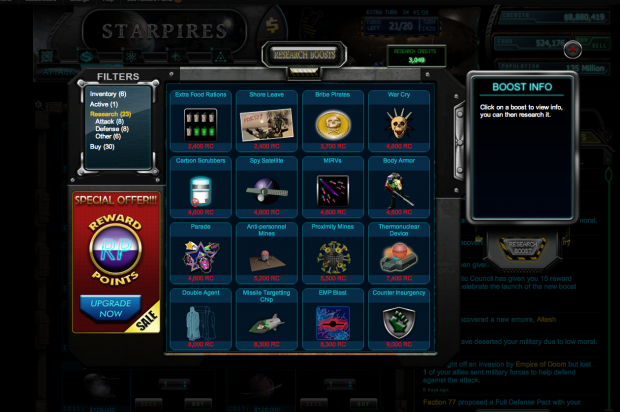 There are many ways these boosts can be acquired within the game including by being researched or won through combat. Nearly 40 different boosts were included in the initial release with plans to add a similar number over the next several weeks.