Finally, a big news update is here! A lot of information about shields, new modules and other important stuff. 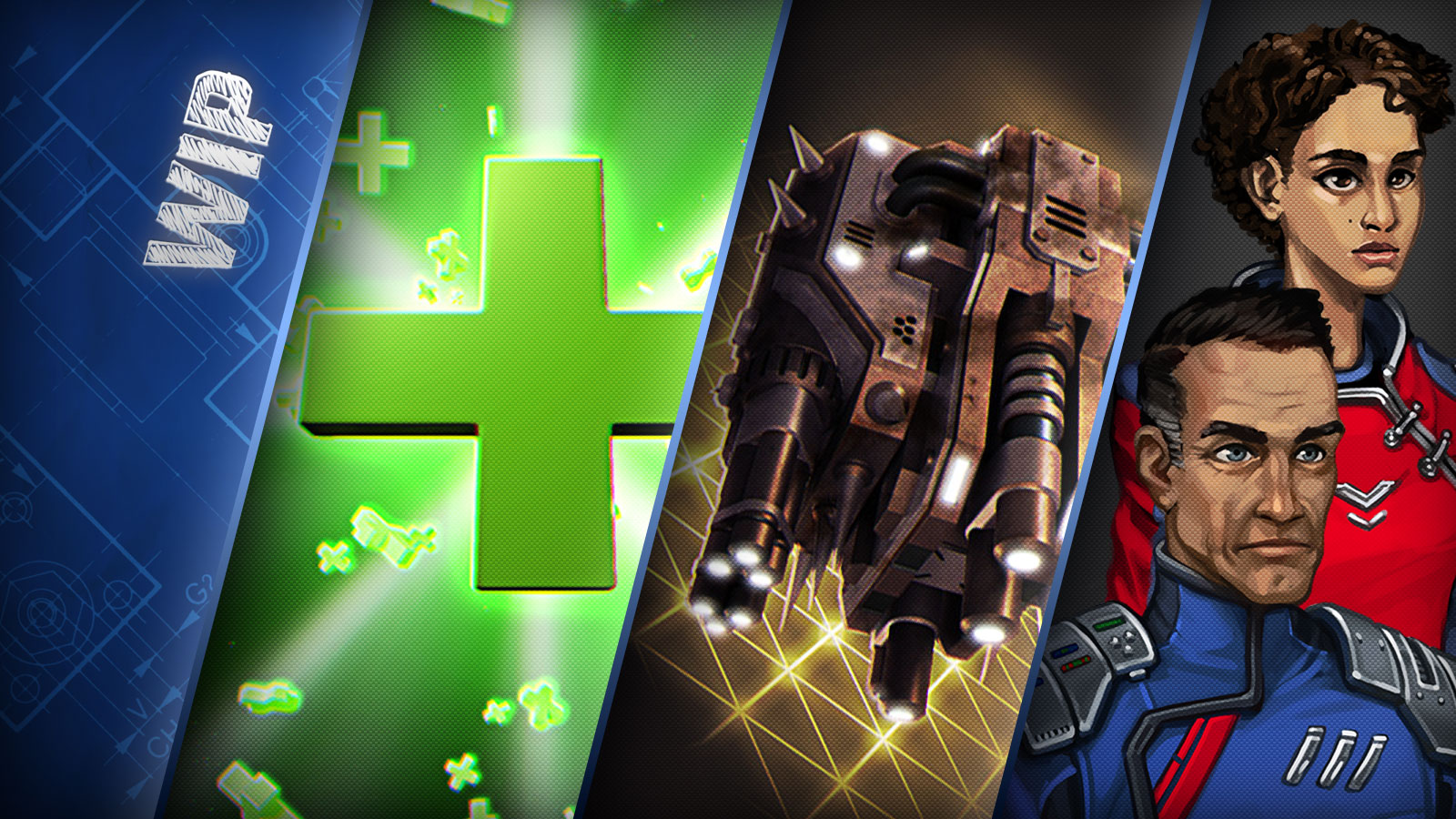 Aaaaand...Finally, a big news update is here! A lot of information about shields, new modules and other important stuff:

Yet another module to install onto your support ships - Swamp Repair Drone is about to be added into the game. It's another, an advanced analog of simple Repair Drone which will help you maintain your ships and keep their hp bars full: 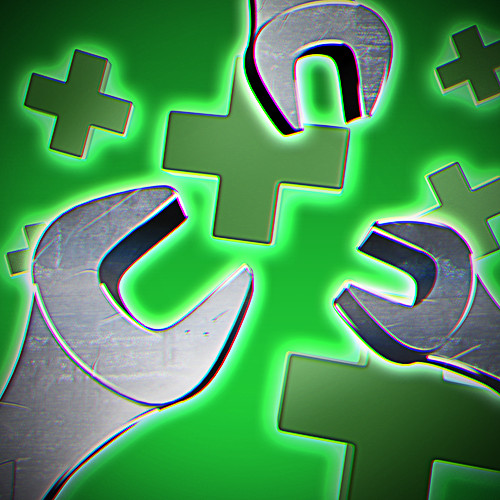 Swamp Repair Drone is a 2x3 activatable support module which can repair your ship armor and structure within 25 seconds. It has 3 charges (drones), which can be launched simultaneously or one by one - each of them has its own cooldown - 90 seconds - and can be directed to a separate target. Although each drone individually repairs a bit less hit points than a single Repair Drone does, all together they do a lot of repairs per second, saving your precious ship, or even 3 of them at a time, from seemingly inevitable death.

Another module to help you fix your ships is here - this time you will get a chance to provide your fleet with a passive repairing system. This really large module can pay you off by maintaining your whole fleet both during battles and after intense fights: 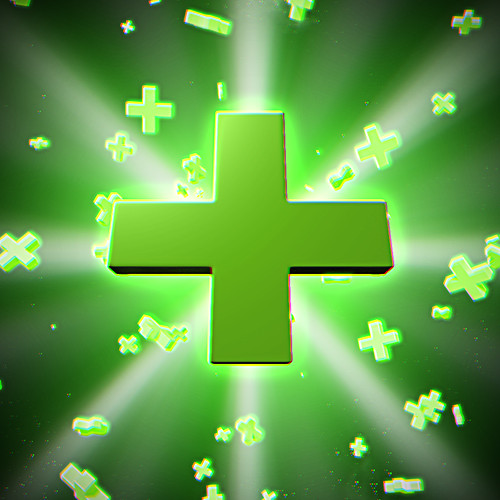 Repair Frame - 3x3 passive support module. A really rare module with a tech level 4, which you can find closer to the center of the Galaxy. It passively restores armor and structure of surrounding ships, giving you just a bit more chances to survive throughout battle or helping you fix your ships between battles.

Pirate equipment is coming back to the game - and it means that pirate weapons, most likely, will be available during upcoming tests. Hooray! We are also adding new types of pirate stuff into the game - here is a... hmm... let's say "high-tech" Screechers cannon: 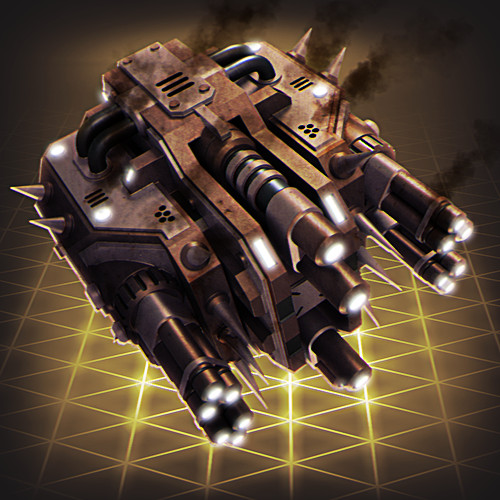 Demolition Cannon "Smiley" - 3x3 ballistic weapon, which will definitely make you nervously smile many times. This cannon has a really high burst - it shoots 20 bullets at a time, dealing about 11,300 base damage to your ship. This tremendous damage is compensated by long cooldown - 72 seconds, and extremely short distance - only 2,000. Hopefully, you won't meet this weapon too early in the game - but, just in case, make sure you don't let Screechers ships get too close to you;)

Kinetic Wall and Kinetic Barrier: Two is always better than one!

Kinetic Wall, a true nightmare for all who often uses ramming, has recently caught our attention while we've been looking through other modules and making sure they all work. As you can remember, this modules used to create "a kinetic barrier, which doesn't let any physical objects, including projectiles and ships, pass through it." 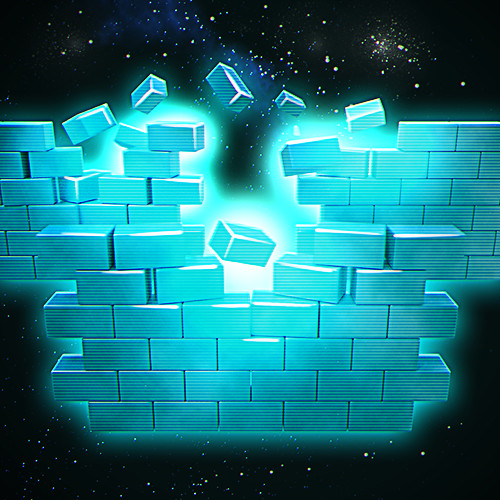 So, you could build a single wall, but why can't we add an ability to create two wall segments connected to each other? Of course, we can! That's how appeared the second type of this module, which now creates a wall consisting from two parts: there are no limits for how you place these parts - it can be just a bigger straight wall or a corner you want to catch your opponents in.

And, finally, there are two of them in the game - Kinetic Wall and Kinetic Barrier modules: Kinetic Wall now allows to create a wall consisting from two segments, while Kinetic Barrier functions just like a Kinetic Wall did, allowing you to place a single wall. As they are very look alike, they both have 2x3 size and a slight difference in other parameters.

There are a lot of things to change and rework due to new segmented shields - even though we've already done a lot of important steps to make sure this system works correctly in all aspects of the game. One of the latest steps included a review of all shield modules like Area Shield Generator, Shield Booster, Shield Overload Module, and other shield equipment. Now you can be sure that they will work efficiently (well, we hope so) with new segmented shields. Hooray! 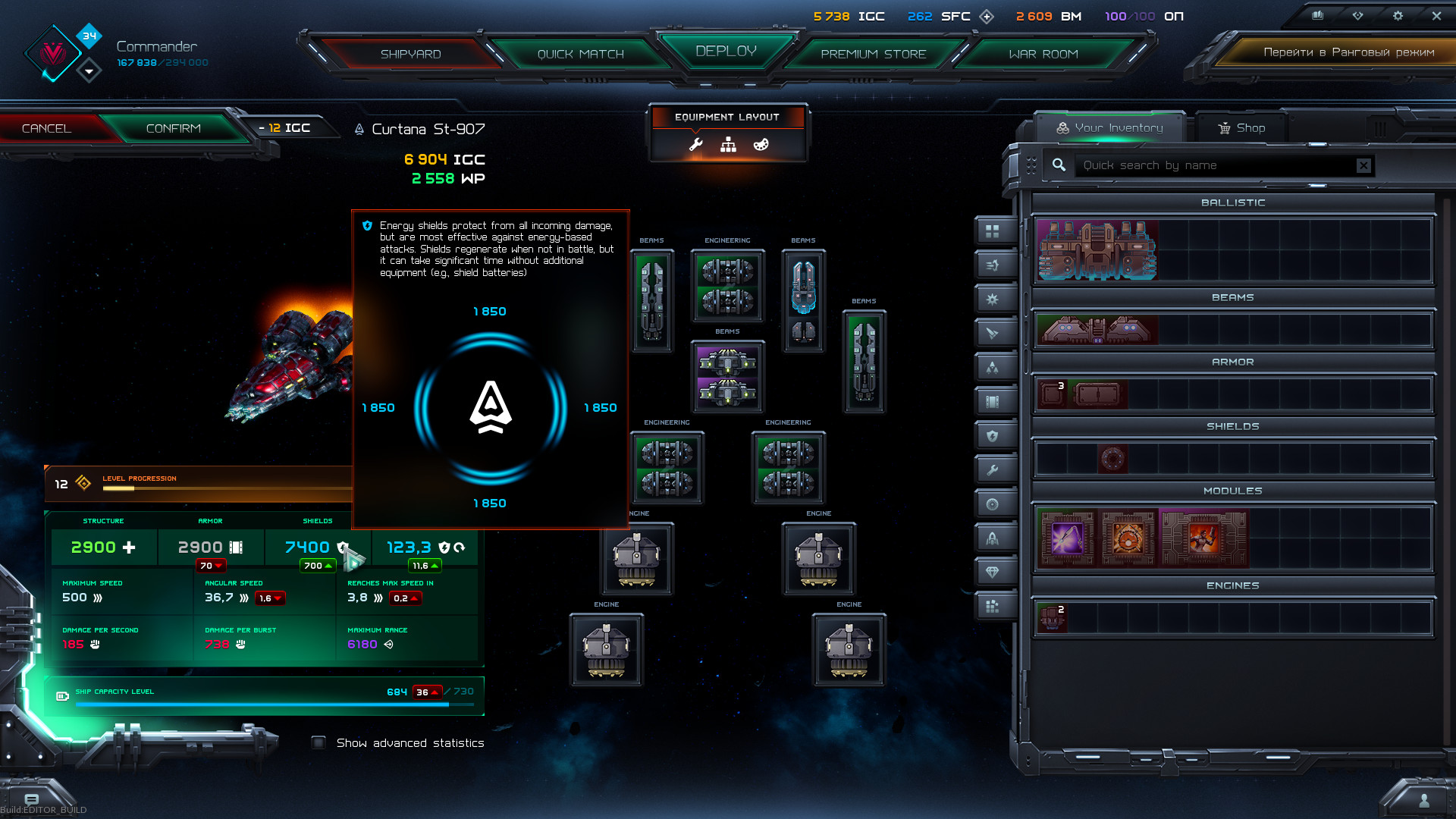 Segmented shields also led us to some interface changes: now each shield shows how many shield points it gives to each side and, in ship editor, you can check a schematic shield distribution overview. And here we have a surprise for you, related to these changes - we'll talk about it next week, so stay tuned!

Shield Regeneration: How it works with segmented shields

There is one aspect we haven't yet talked about after making new segmented shields: shield regeneration. It's been a while since we last changed something here, so it appeared to be an issue when the new system came along with a shield module review. 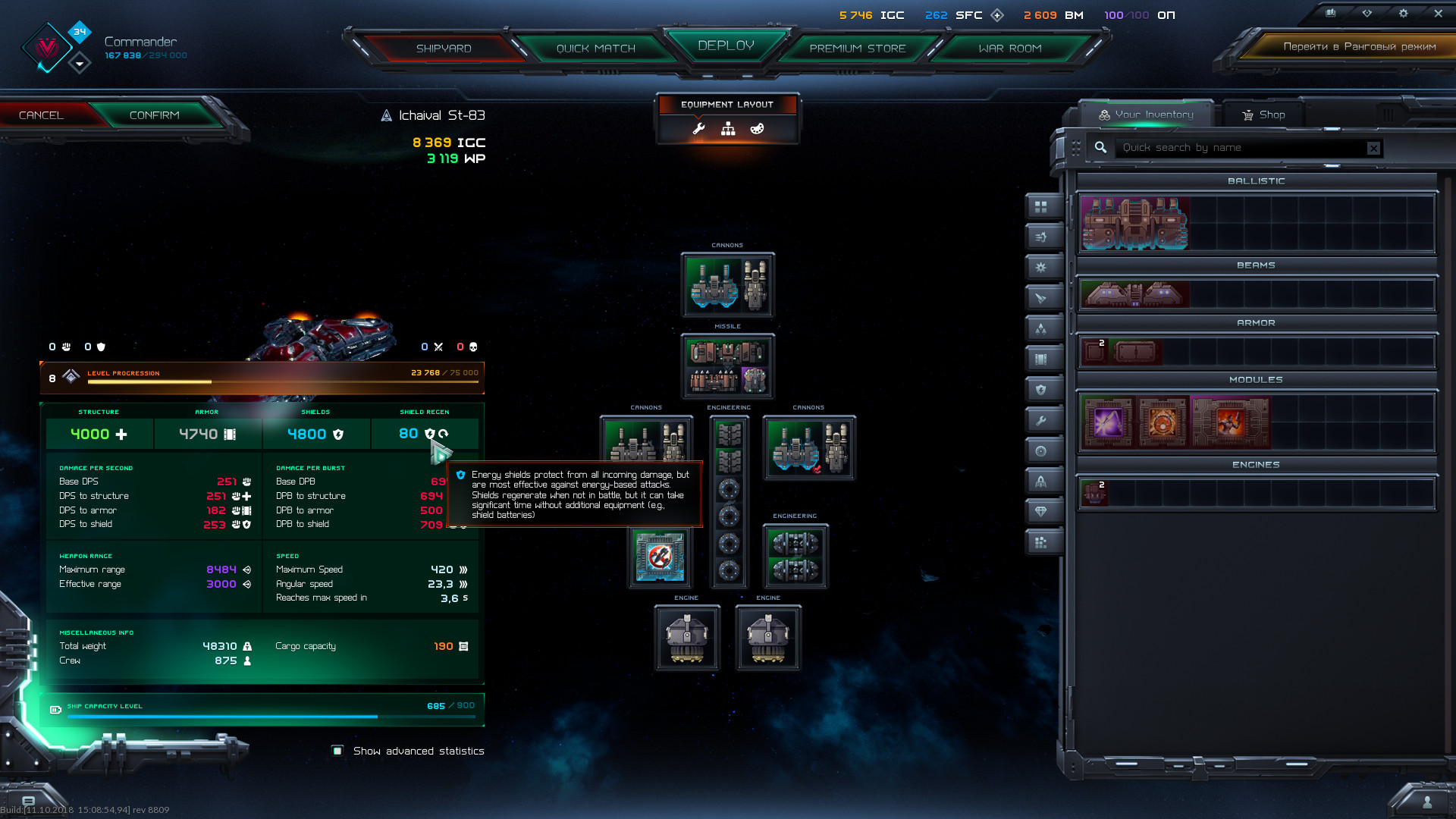 Therefore, we had to adjust Shield Regeneration - and that's how it works: Now Shield Regeneration distributes between shield segments depending on how much each segment was damaged (before these changes it was always evenly distributed between all segments). It means that if one segment is almost destroyed and others are barely touched, the biggest part of shield regeneration points will help to restore the most damaged segment. For example, if your ship has 100 shield regeneration in total and only one segment was damaged, this segment will take all 100 points per second to regenerate.

What does it mean for the biggest part of special modules, which regenerate shields? Well, basically, they become more effective as they use the same principle as shield regeneration: the most damaged segment gets a bigger percent of regeneration. It works for all shield modules, except for shield overload: this module deals exactly the same, fixed amount of damage, to each shield segment.

A thing you've been waiting for since the latest shield rework is finally here: we've just added new Shield Cells which give shield hit points to certain segments. Now you can choose which side of the ship you want to protect by equipping one of the directional Shield Cells: Frontal, Right, Left or Back Shield Cell. Or a usual Shield Cell if you choose to evenly protect each side. 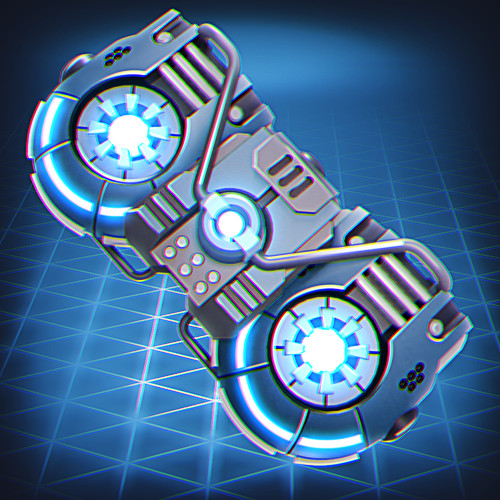 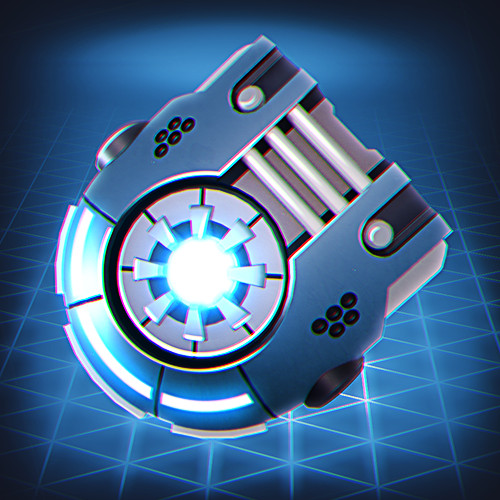 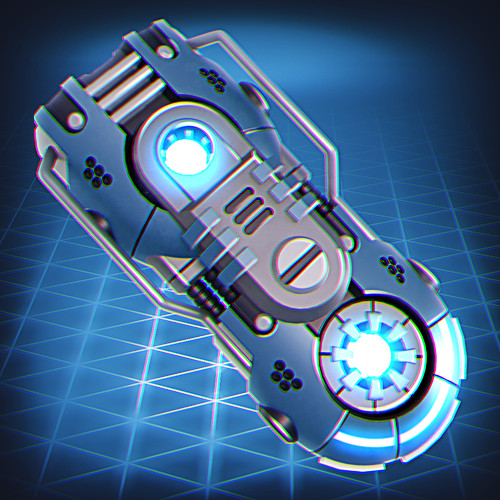 For now, there are two sizes for each directional shield cell (Frontal, Right, Left and Back): small (1x1) and medium (1x2). Their parameters are very close to normal Shield Cells characteristics - there is just a slight decrease in shield hit points - so make sure you choose a right way to protect your ships and take care!;)

Snowforged Art department is always busy creating cool stuff for the game, and today, to make a nice finishing blow with our weekly article, we'll take a quick peek at work-in-progress concepts of some Starfall Online characters: 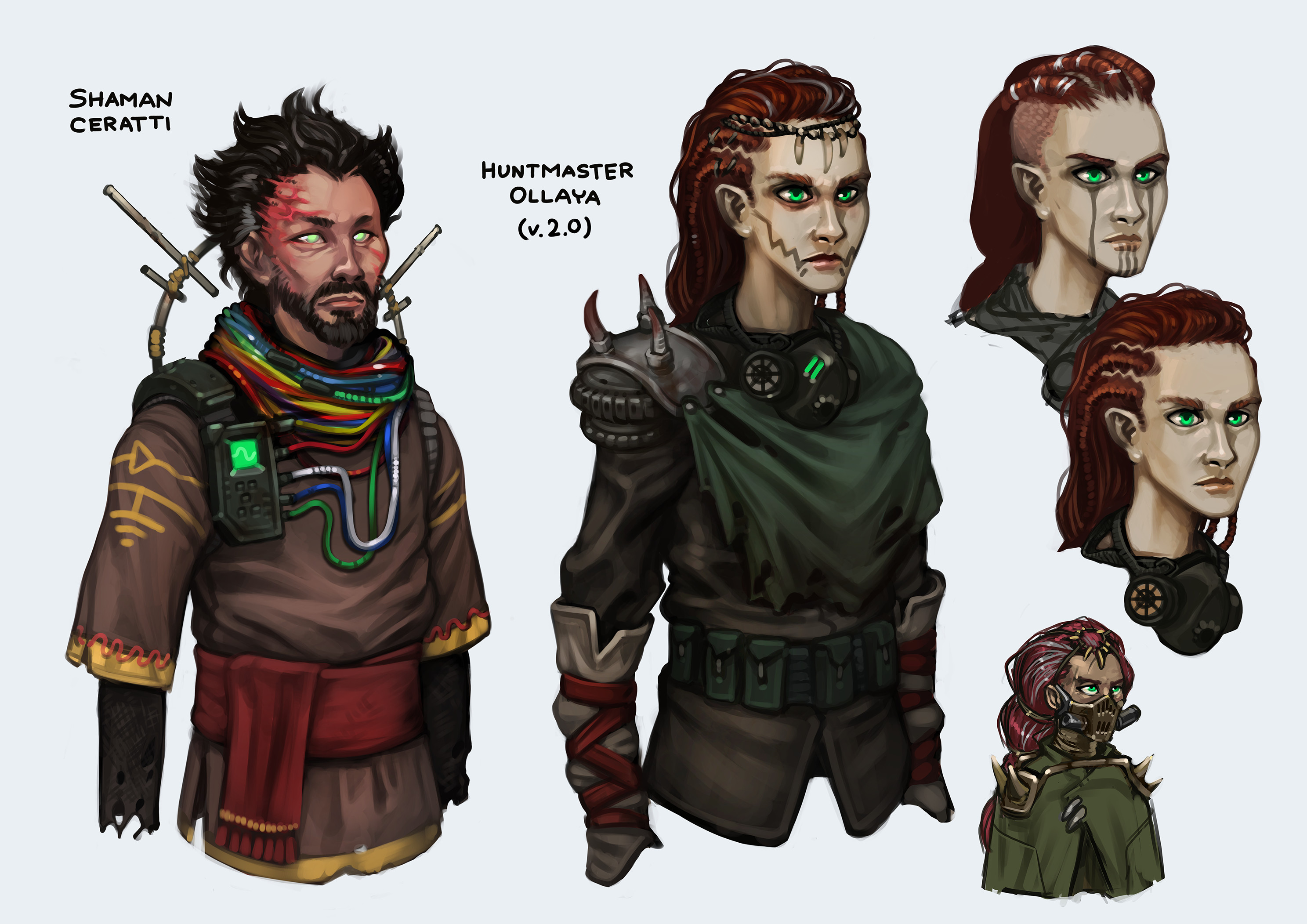 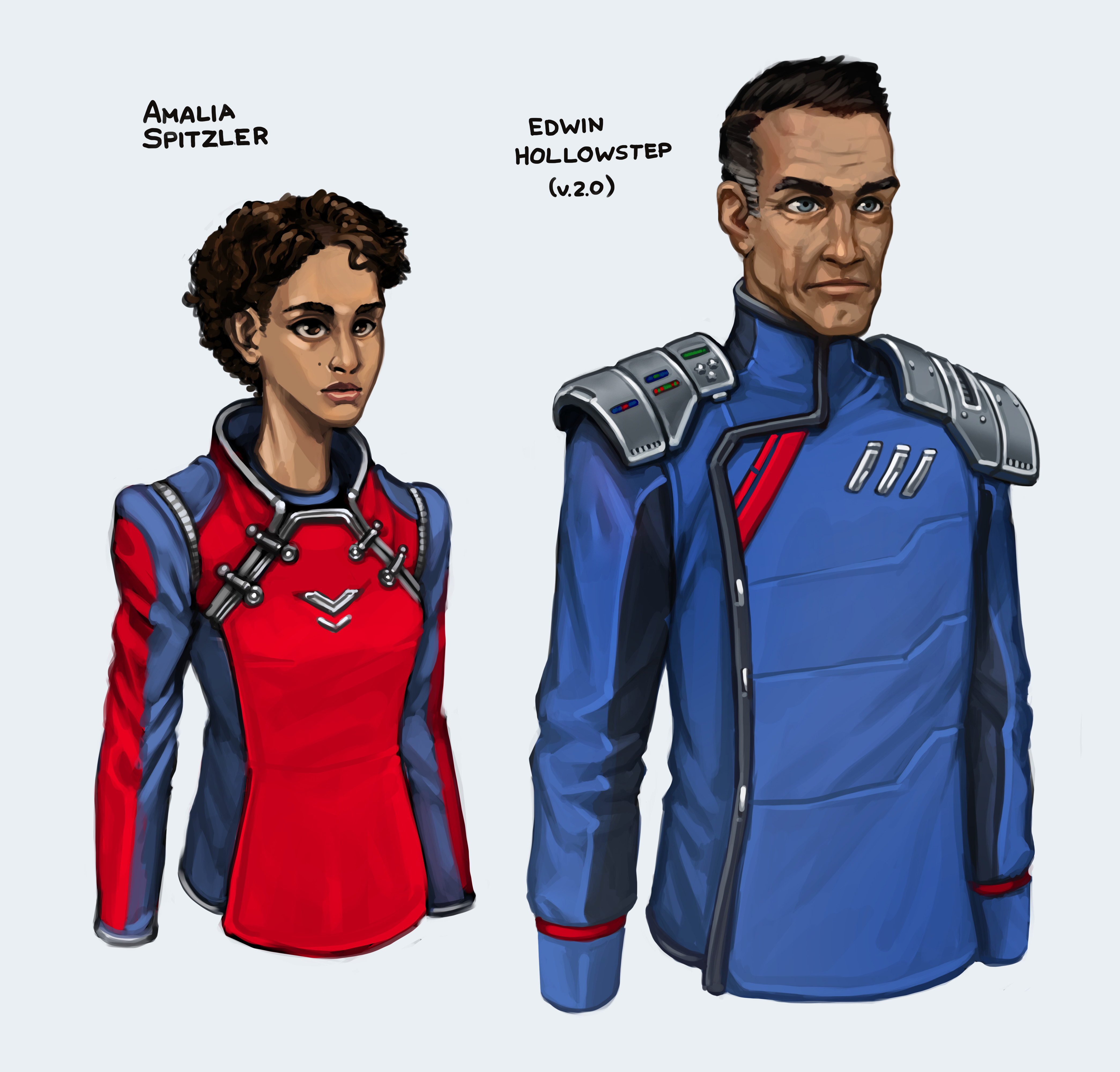 Are you ready to meet them in the game?

Crafting system along with components definitely deserves a couple words today - as it was one of the main focuses for the previous test, we are doing a lot to improve it and add all required stuff. For example, there are plans on getting back special pirate equipment which was unavailable during Crafting test - it includes new recipes and, of course, needs its place in the Galaxy.

We also work to balance this system (including some changes based on the test feedback) and fill in the gaps for higher level equipment recipes. Large Adaptive Armor, Repair Complex, Avalanche and other great things with special construction are going to have their own recipes and special crafting components, so their construction is going to be more of a challenge for you.

Moreover, these changes include some adjustments for crafting interface: for example, now you can choose how many items you want to craft at a time if you have resources for several copies of equipment.

And that's just the top of the iceberg: there is a lot of important stuff happening inside the crafting system and, hopefully, one day it will become a nice complete and well-balanced system you can enjoy.

Daily quests are one of these obvious things to eventually appear in your day-to-day life in Starfall Online. You might call it a simple routine, but these things are here not just to add another "to do" into your plans and distract from galaxy exploration. On the contrary, it will add a variety to your battles, exploration process and make you think of other interesting ship fits ways to defeat enemies as daily quests are adjusted specifically for these goals. 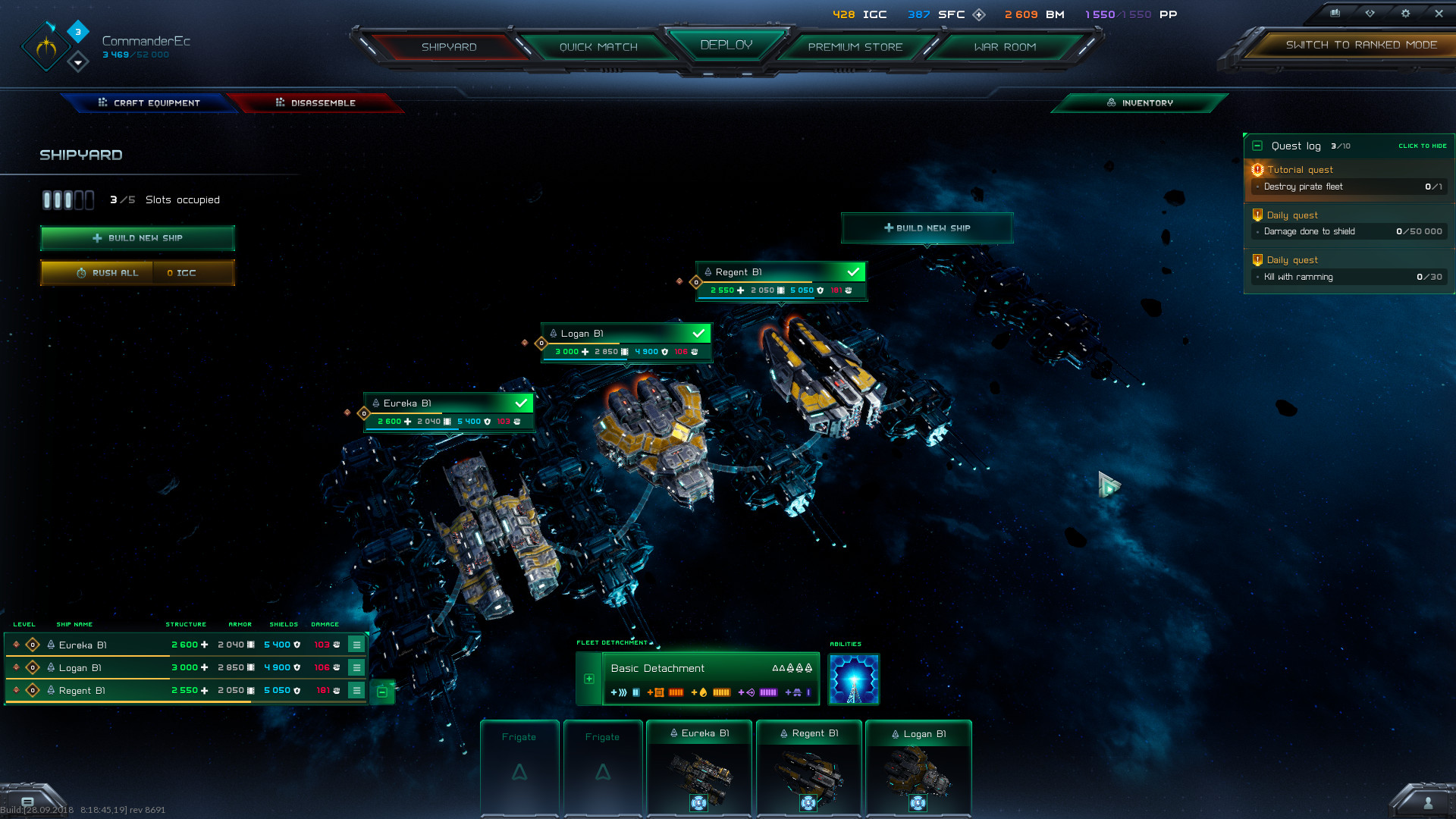 Here are a few facts for you to know about daily quests in Starfall Online:

Daily quests can require to use or deal damage with certain ships, weapons, specific damage types (e.g. photon), modules (mines or in general); activate certain modules, reach certain exploration goals or even, for example, repair hit point and regenerate shield. And even more - there will be a wide variety of activities you can complete while fighting against pirates or exploring confines of the known space.

Along with daily quests implementation we've done some slight changes to the quest panel we must mention here: to let you come up with fleet formation and equipment before you deploy into space, now quest panel is visible even in the main menu, on the right side of the Shipyard screen. Also, to not confuse you with different quest panel location, it is now displayed on the right of your screen when on the Galaxy map.

Say "Goodbye!" to the fuel system

That's probably one of that questions which caused long discussions and gave us a lot of "change or remove" requests from you, Commanders. And it's been in our long wait list of issues to resolve right until now: we had to come back due to a new movement system as it appeared that now fleets consume even more fuel. 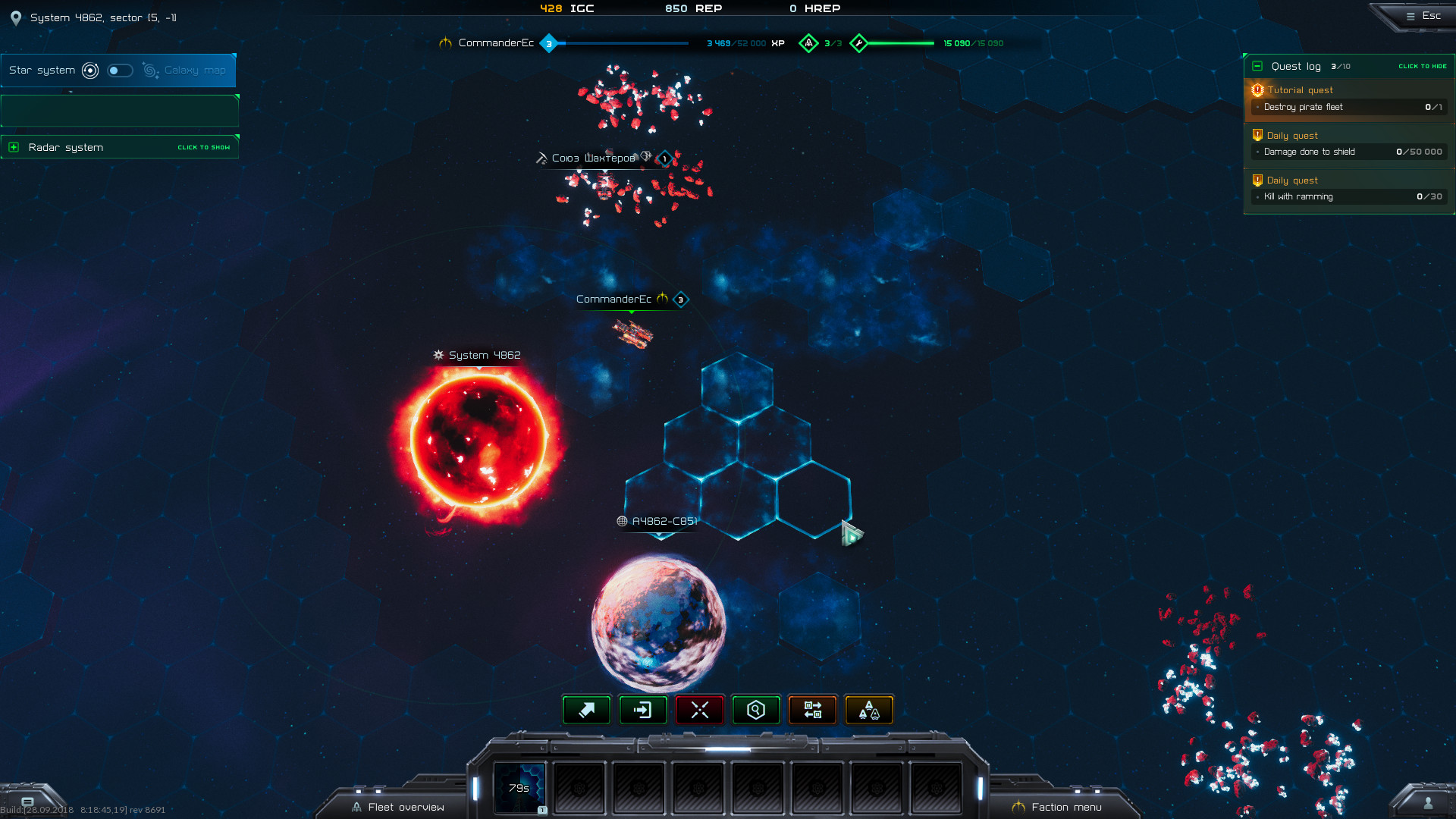 So, as it doesn't take any super-important functions (except for the artificial limitation of galaxy exploration duration), it was decided to remove fuel, for now, to not distract you from the real fun of Galaxy exploration in Starfall Online. It doesn't mean that we won't come back to this system someday later, in another form, but starting this moment you can discover new systems without worrying about things like fuel.

Hope it will make your journey in Starfall Online Galaxy even more enjoyable!