Hello and welcome to the first ever release of the Beta demo of Star Blitz X at Indie DB. We are here to spread the word of the project with playable 10 levels that led to the bonus level for feedback and suggestions to improve the game.

The year is 211X A.D. and Earth is invaded by an alien race called the Gargon of the Andromeda galaxy. Their purpose is to save the universe from an unknown event from the legendary "The Ultra Violet Black Hole" that arise for every 1000 years. It is said that will consume a solar system and continue to grow larger until at least two galaxies are engulfed before it disappear for another 1000 years. The Gargon where believed of having the technology of preventing the event. But the price for each citizen of the world must be pledged to be assimilated within the Gargon's empire for salvation. Just as Earth is the next target the scientist learns the truth of the Gargon are exploiting a false event to further their enterprise into conquering other worlds. Met with resisted as the Gargon created a ring of asteroids to surround the planet, and launch both asteroids and missiles at the Earth. As the planet faces its darkest hour. The United World Space Defense activate the deflector shield to protect the Earth, however little did the U.W.S.D. knew that the Gargon set a trap within the asteroids and missiles to counter and penetrate the shield. Realize that the shield was not enough as the U.W.S.D. depot the defense satellite called the Star Hammer to Counter the Gargon's threat.

You pilot the space defense satellite called the Star Hammer as the objective is on a time limit of one minute to protect the earth from incoming asteroids and missiles. As you advance a level the more the asteroids or missile’s speed and appearance on screen. But watch out, because with ten hits from the asteroid or missile on the planet and its game over. 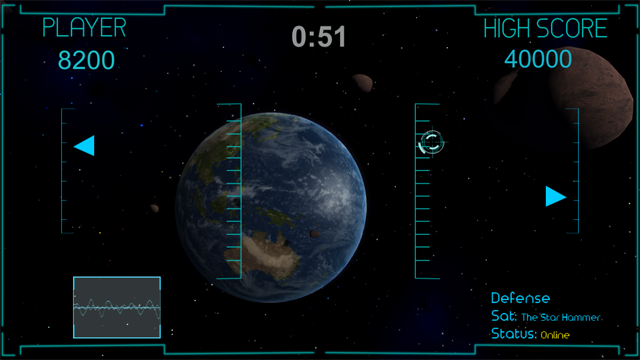 The Game is in the beta stage of the demo that comes with ten levels of high octane action that leads to the closer in the 2D bonus round. The time limit increase to a minute and thirty seconds for every five levels. When reaching the bonus round, it switches to a 2d fix shooter that is similar to the arcade game Galaga as you take in a parade of Gargon’s space ship. The demo features a radio station with three interchangeable tracks, camera rotation, recorded hit accuracy, normal and hard mode, and sound & music volume in the pause or option menu.

Once the full version of the game is released it will support 50 levels, 5 different asteroids, recorded high score, two bonus levels and two nonlinear endings. 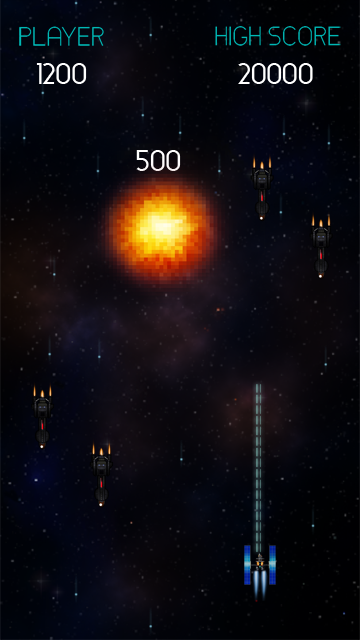 Tip: The game can be played with any controller with a USB cord to connect with a PC to get a better control experience.