You need to have enough stamina to do an action now, you can raise the maximum stamina by levelling up. Wild plants to harvest and gifting has also been added.

All the actions you do (watering crops, planting seeds, and so on) use stamina now.
Upon reaching zero stamina you will not be able to do any other action and will need to sleep for the day, take a bath or eat some food to restore it back.

Each action uses a different amount of stamina, the highest (for now?) being 2 to dig and lowest being 0 to do very basic actions such as opening a door, sleeping, taking a bath and harvesting (this last one may be changed later on to use stamina though). 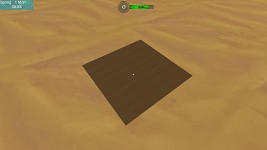 Other than harvesting stuff you planted yourself, you can now harvest wild plants which can be used for various things such as food or simply as a product to sell, which will be particularly useful for beginners short on money.
Wild plants can be harvested once a day (they will not change their spawn point) however the plant will change depending on the season; Some will stay multiple seasons while other will be found only during a season. 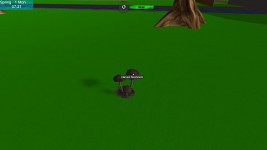 Another way to raise up friendship with someone has been added: Gifting.
You can give a present to someone once a day and they will accept it whatever they like it or not but their response will change and so will their friendship points; You cannot lose them but they will raise up 10 times less than if you had given a gift they like, so it is important to learn their tastes. 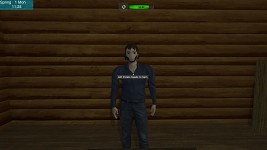 You can view a summary of these news in the video below: