The release date for the first alpha release of Stacks TNT has been set! We've also published the road map for the upcoming releases.

Stacks TNT is a block-based sandbox game with highly destructive physics! You play Chuck, a guy stranded in a desolate world, with only a jet pack and a pair of hands to work with. Your goal? Build a rocket ship and fly home!

The release date for the first alpha release of Stacks TNT has been set! The release will be on October 11th 2015, provided that the game gets greenlit.

We've also published the road map for upcoming releases as they currently stand. More items will certainly be added along the way, also depending on community feedback. Note that Mac and Linux support has been added as well. Fire should be interesting in the explosive world of Stacks TNT :) 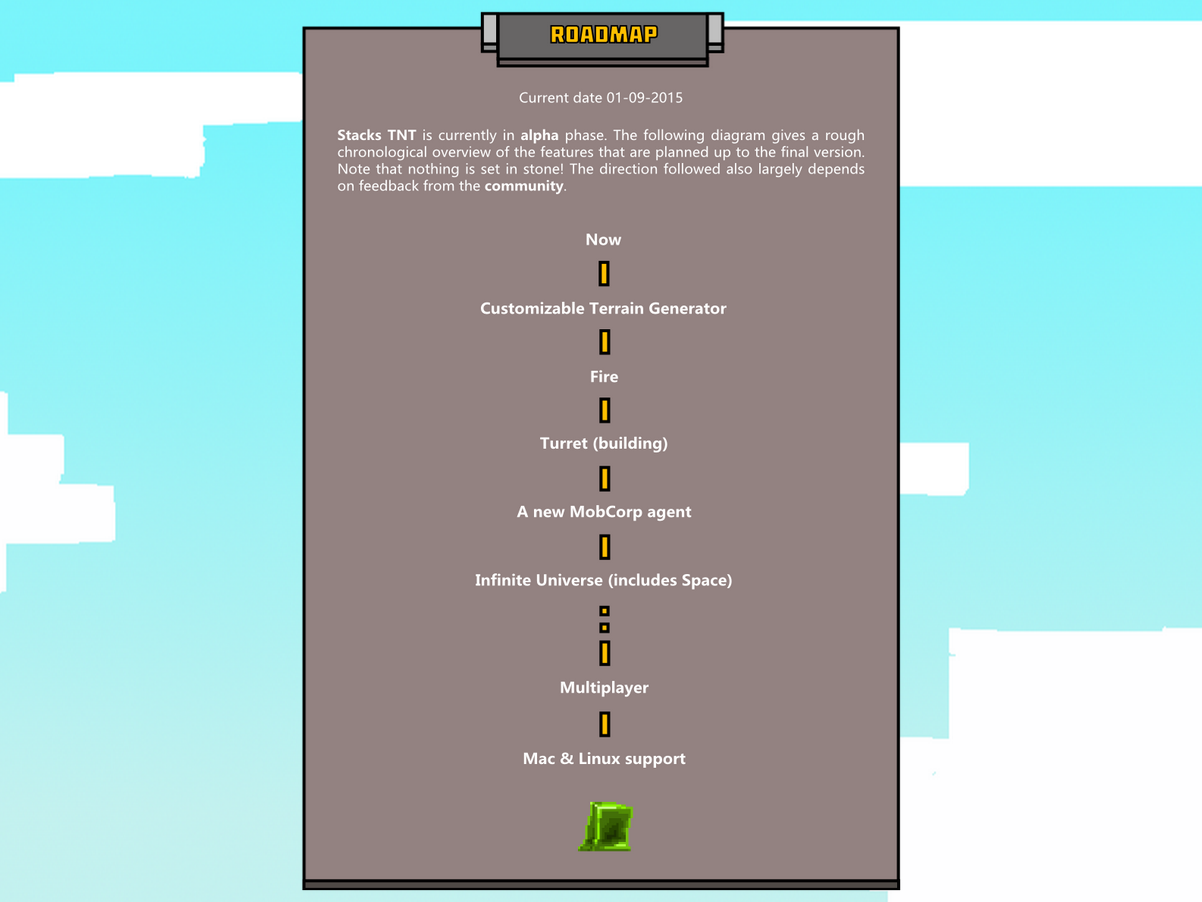 The Steam Greenlight campaign for the game is going pretty well but the game still needs a little push to get it into the top 100. Please help us getting this game released by voting here: Steamcommunity.com