During the last two months, we worked on the creation of the core of the game, defining all elements (at least tying to...). New ideas come out every week and it is hard to not add them all. Some are relevant, some are not. Anyway, every idea is stored for later, may be for another game?

We created our first internal version of the game, the v0.1.3a. This version number was not thrown like dices or something, the numbers represent something. 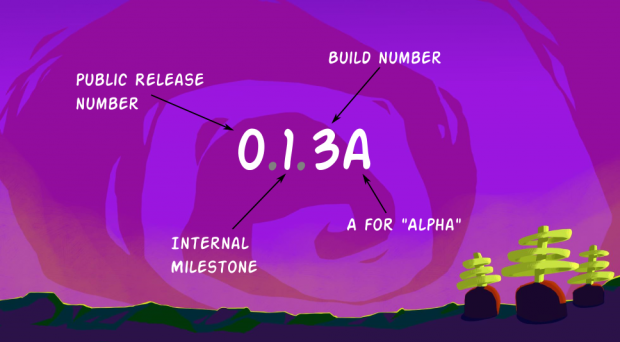 Nobody will care about this detail but we do and we talk about what's important for us!

Now let's talk about what's in the game and what we're planning for the next milestone. We explained in a previous news that the game was divided into worlds and levels in each world. This core part is done, you can move between levels and even unlock them. There is still work to do on level transitions but the rough gameplay is here. The first world, Tree Dream, is going well. The "door world" is done and 5 levels were made. You can cross them, collect crystals and also... die by falling off cliffs. There is still a lack of decoration, but we'll add it later : 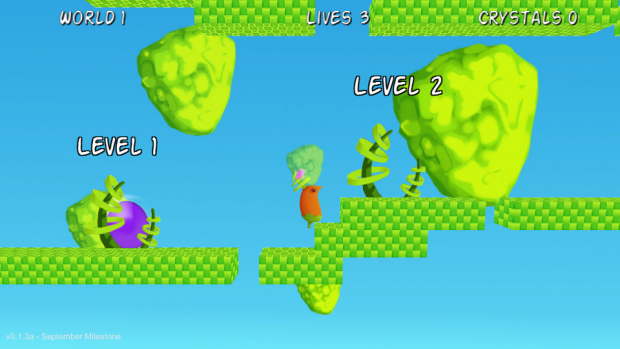 The TreeDream door level. In this screenshot, the first level is unlocked, but not the second one. 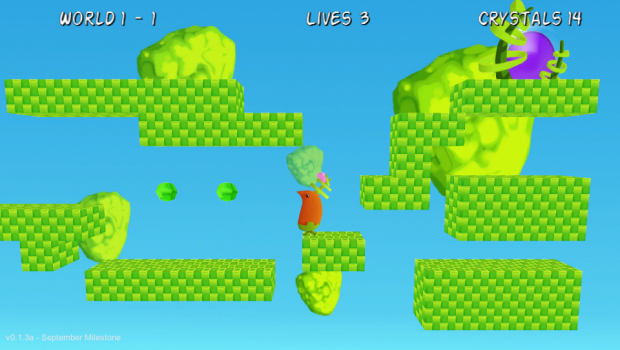 A level of TreeDream showing the level exit and some crystals to gather. 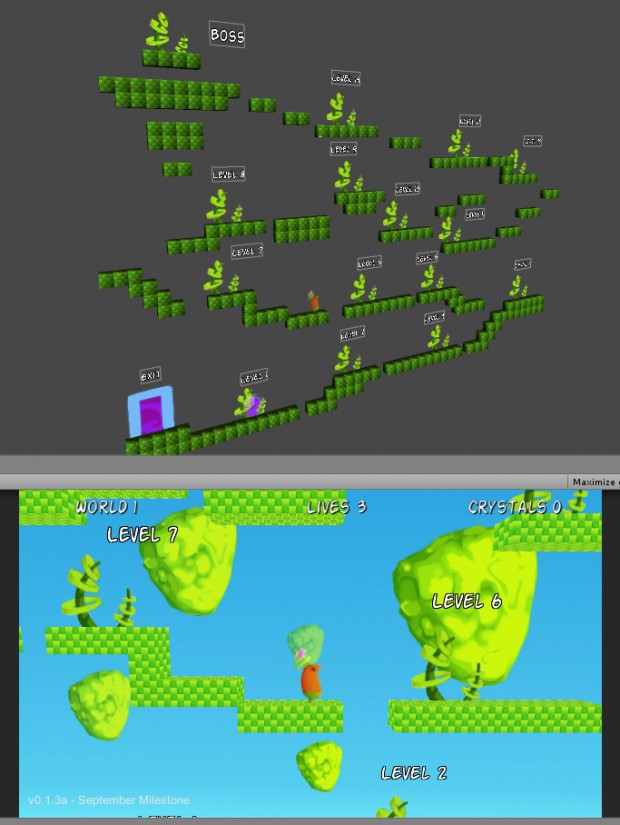 This views shows the game and the unity scene. The exit door is still not done yet.

What about the next milestone? We'll work on dangerous things in levels such as monsters and some kind of traps... We'll also build an animated background for the levels. That's all we can say for now. Be sure to watch the project if you don't want to miss anything about that!

Thank you Yannick, we do our best!

Thanks for these feedbacks ... visual coherence will be treated very soon ( ^ _ ~ )
(Please, try to express yourself in english next time, so that everyone can easily understand your comments.)

- The current design is clearly not the final one. We needed simple things to get started. Something REALLY BIG is comming. Trust me. ;-)
- We're not making an easy game. If you fall, you die and respawn at the level start. We may add some waypoints in the levels later if the difficulty is to high.

Anyway, thanks for your review. We'll take time to get it better and better.

@ Drakulo : Take your time, do a wonderful game !! I don't worry.
@ vinmuz : Amazing, you agree to talk to me? ? I hope one time we can talk about an other project serenely.