Now that we introduced two of Chronotopia's main characters, we can take a look at where they live: the castle!

Now that we introduced two of Chronotopia's main characters, we can take a look at where they live: the castle! 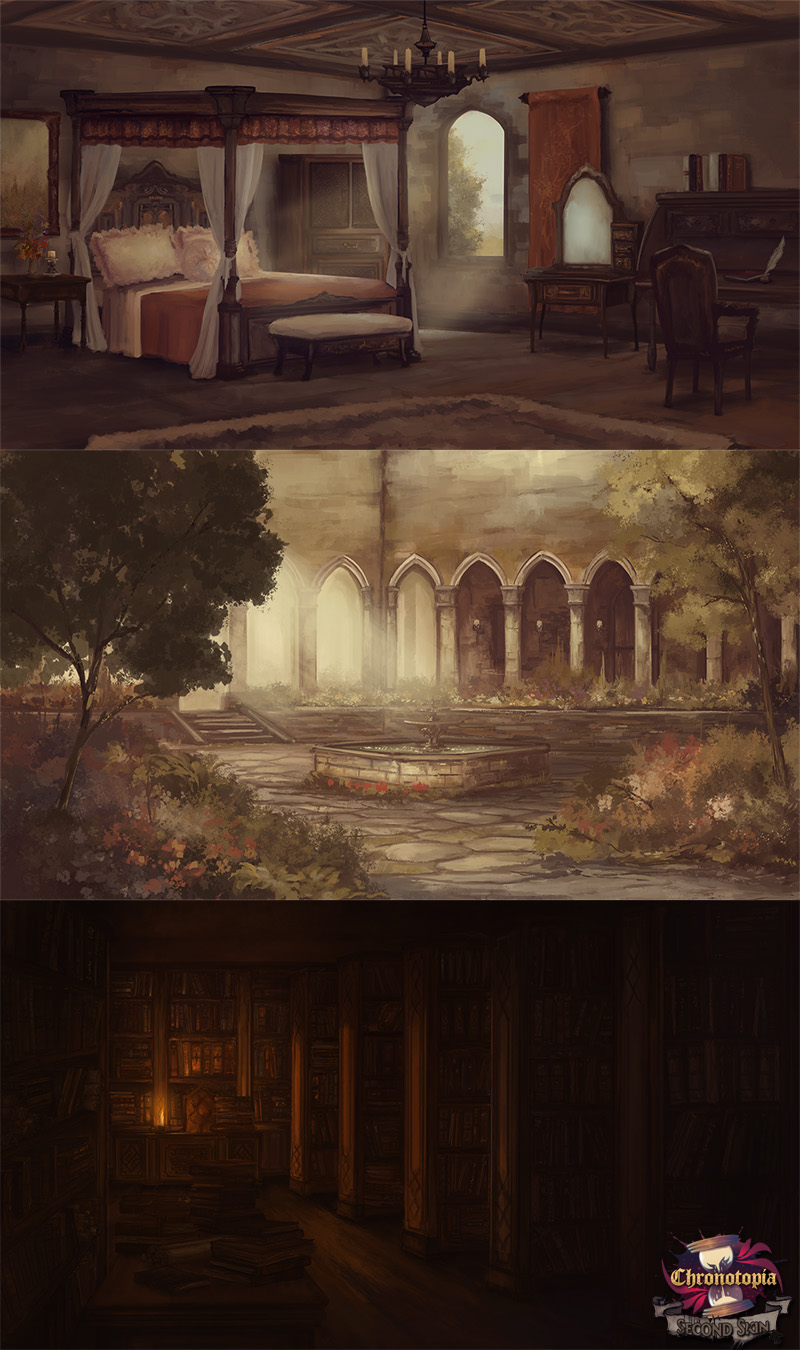 After the death of the queen, the kingdom has been slowly decaying with inhabitants moving away and complaints rising among those who do stay. The castle too is only a pale shadow of its former glory with deserted wings and a rather melancholic atmosphere. Even still, Kionna lives a fairly predictable and normal life: she has her own comfortable bedroom, her personal companion (Nahima) and likes to go for a walk in the garden to meditate or just isolate herself in the library to read one of her favourite books (Chrétien de Troyes is a safe bet). 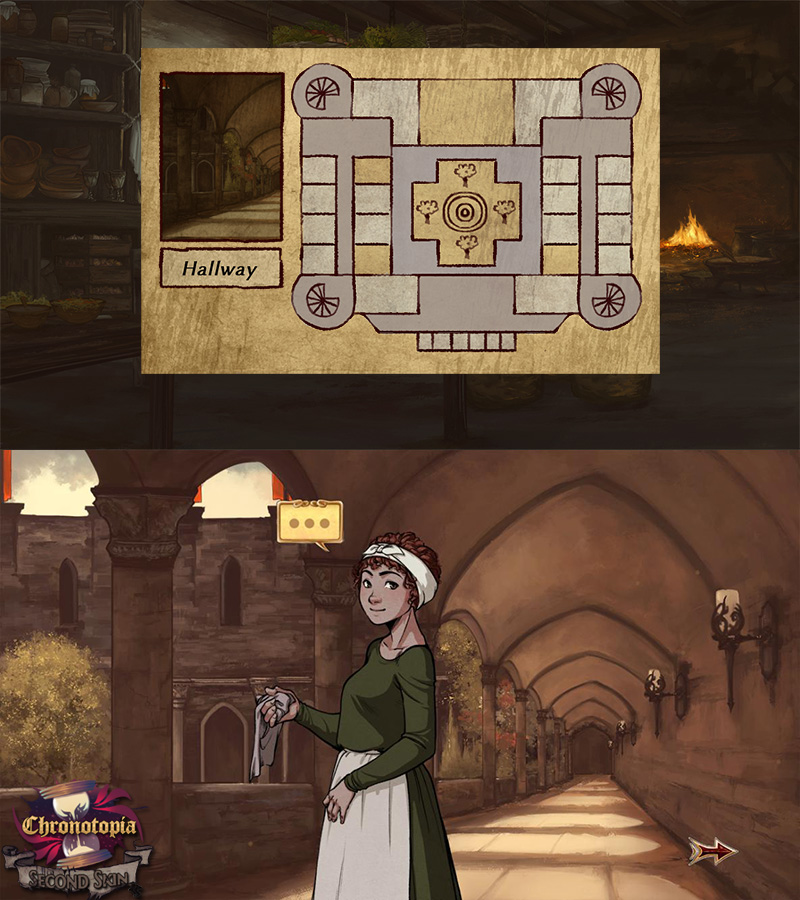 A lone servant cleaning the corridors. You’ll have to visit the kitchen to find most of them though!

Though the corridors are usually nothing but peaceful. Indeed, in the meantime servants are attending to the nobles’ every need by cooking or cleaning. Since they have a lot on their plate you can see them buzzing around almost everywhere. And when they’re not working, they’re whispering the latest gossips. Which might explain why Kionna likes the garden and the library so much: she’s less likely to be disturbed! 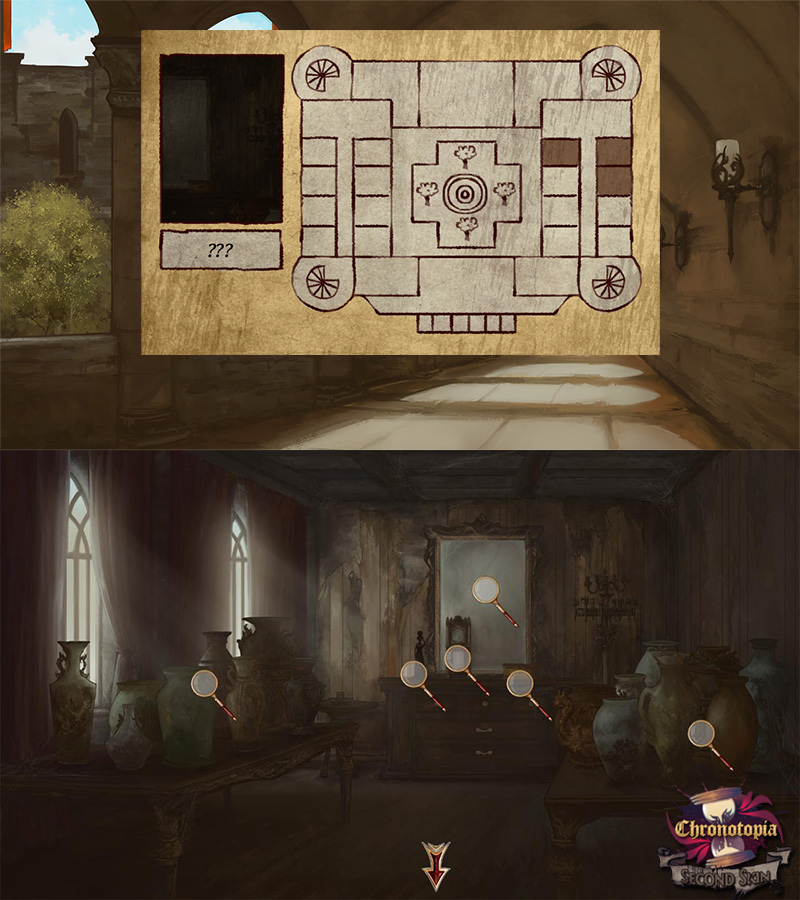 Melancholic and bustling with life at the same time? Hopefully you can have a good feel of both facets in Chronotopia’s demo as there are two gameplay segments: one where you have to question servants all around the castle, and one where you have to explore the deserted parts to find an item.