By now I have introduced most important characters in Chronotopia: Second Skin so let’s talk about a less obvious subject: game structure.

By now I have introduced most important characters in Chronotopia: Second Skin so let’s talk about a less obvious subject: game structure. 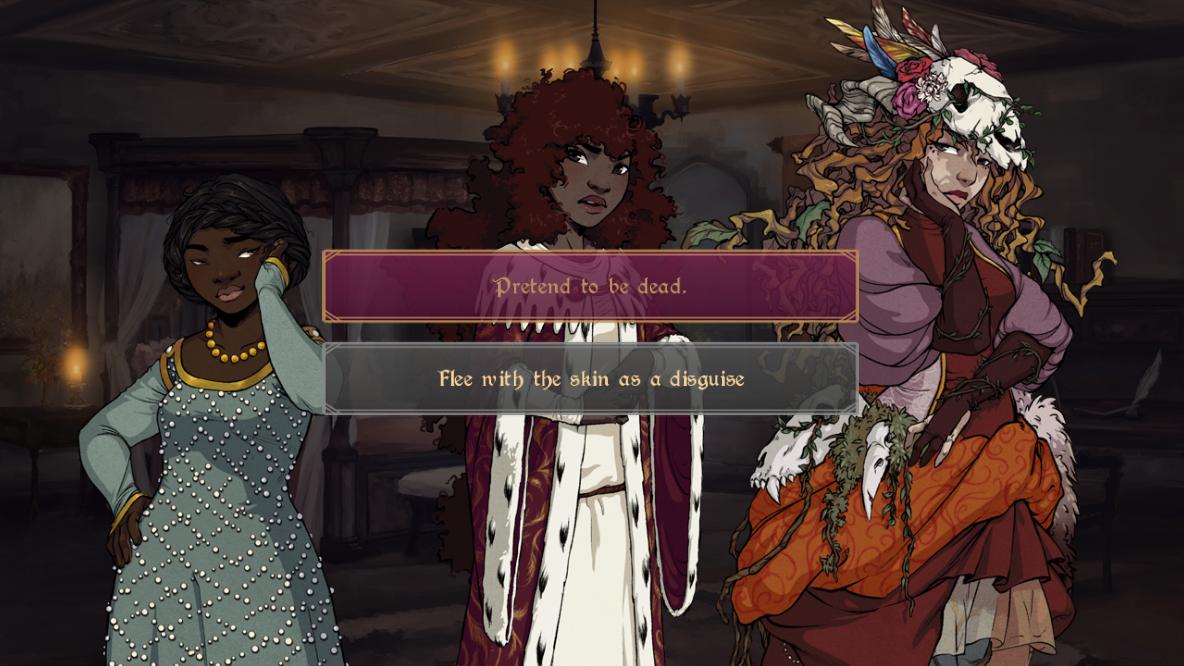 The turning point: 2nd option will be unlocked in the game’s full version.

For plot reasons, Chronotopia actually has quite a weird structure: it consists in a rather long introduction, a common route if you will, and a turning point where our Donkeyskin has to find a way to escape her father. There are two strategies available at the beginning (only one in the demo) but more will unlock as you progress in the story. Each of these strategies corresponds to a different route of varying length that focuses on a specific theme. I even gave them code names to be able to navigate more easily between them: A, B1, B2, C1, C2, D, E, EE and F. The first one is the shortest of the bunch so it barely counts (it’s more of a sudden bad ending) and is even included in the demo whereas the last three ones correspond to love interests’ routes. So, as you can guess, 5 different routes and 3 love interest arcs make for a lot of content! 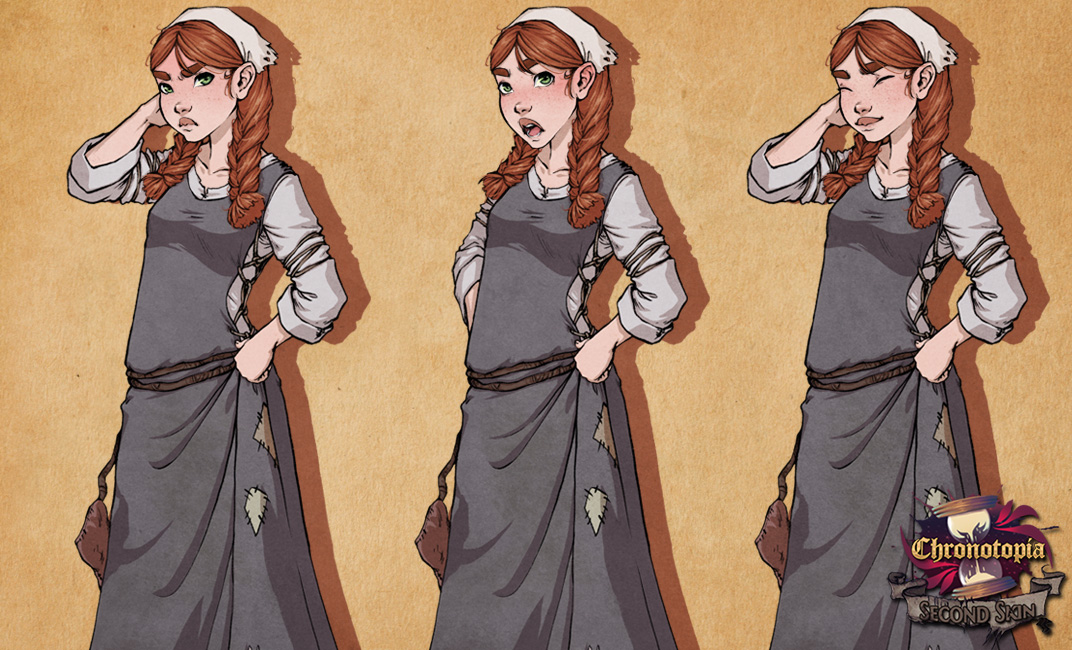 I won’t go into too much details but since settings are widely different between routes I’d like to introduce them as well. That way you can have a glimpse of the different locations and secondary characters waiting for you~ Let’s start with the B1 route which takes place in the countryside. It follows Perrault’s version more or less closely with Kionna fleeing in the middle of the night while wearing the dreadful skin. Except that her adoptive family, the farmers who end up taking care of her, is more detailed, and the rest unfolds in a totally different way! Why wouldn’t they have their own priorities and their own life, after all? 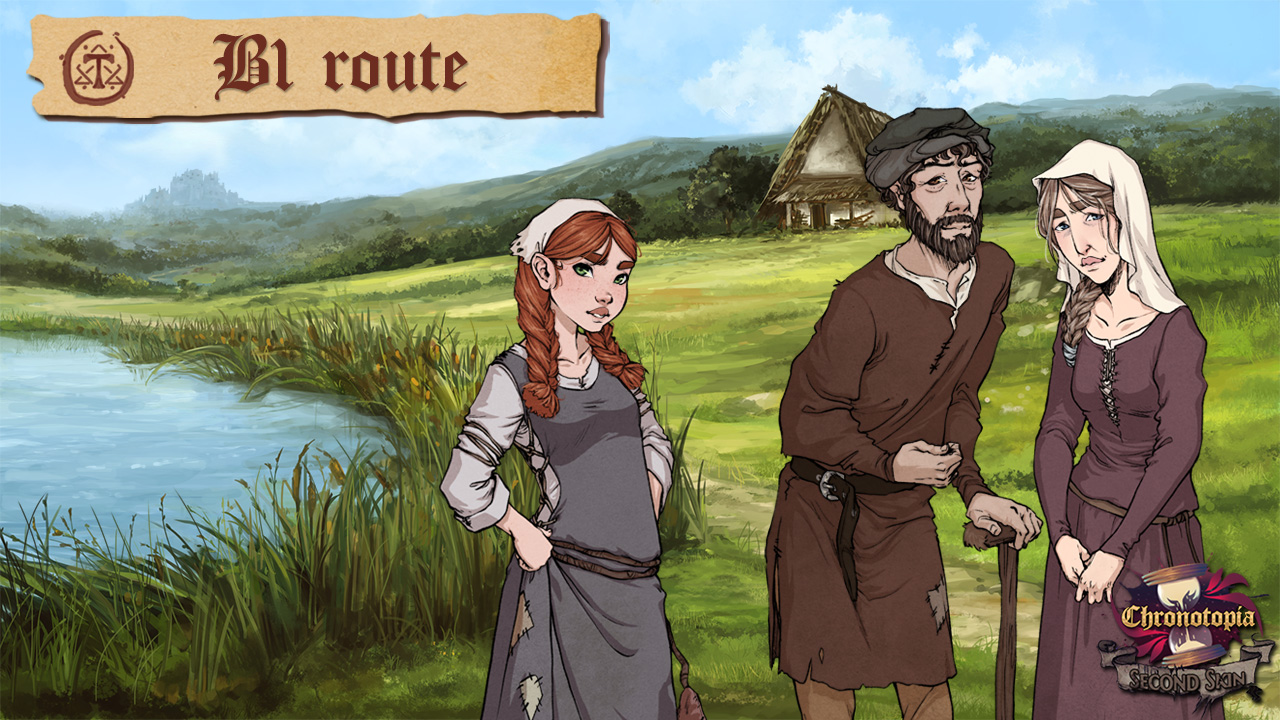 The whole family next to their house!

That’s where I created a new character called Fleur. She’s a young girl who works with her two parents at the farm where she befriends (?) the heroine. Be careful though: despite her slender look, she has quite the strong character and is very resourceful at that. You’d better not underestimate her, Kionna!

Prototype of a farming minigame. It might not make it to the final version though...

While it starts as a fairly relaxed slice of life route, shenanigans obviously ensue~