Initial Post for my project Spectre now on IndieDB. See a few screenshots and where this game is going here.

Time for a small update. Now there is nothing all that new happening map design wise. I have made enough headway that I was mostly preoccupied testing things and creating game play. It will be quite a while until I will be able to show any of it but I started to import characters that will eventually populate this little world I am creating. Now I started with the easier things, basically the machine enemies as these are already rigged to a decent enough skeleton with single track animations. In this case it is the standard FPSC rig so I was able to just import them using the free DLC chars as templates. (If you can’t do that by yourself, you silly goose, I will write a tutorial about it within the next 2 or 3 weeks.

What I also am quite hard at work at is creating the sound scape. Now obviously these jungles, rivers and waterfalls require a very pronounced nature sound scape with birds chirping, insects buzzing, wind blowing through leaves and water running. I have to balance this rather “present” sound scape then with fitting music. I will go for the ambient synths I have used in previous projects such as Amytric Pulse, just with slightly more ethereal instruments. Then is also the task that I want these maps to have a certain spooky under tone that should reflect in the sound scape.

Lots to do and we will see how well I can pull it off, after all, I am not really a musician or a sound guy for that matter.

Apart from that I finally sat down and converted the media from the classics pack to go with my style. Meaning I would adjust them to GG’s PBR rendering system (just the materialindex value, I still refuse quite stubbornly to do any PBR maps apart from the obligatory normal maps and the occasional metallic map when absolutely need.) Made adjustments to the diffuse, in fact redesigned some to go with my cyberpunk theme and style and added default DNS shader maps. This took me longer than I initially expected (converting back and forth and changing values by hand) but I now have way more detail props at my disposal. I know that people complained about the quality of these models in spades but… well, making a game is a proactive, creative hobby. If you just wanna drag and drop content into the editor and expect it to look good out of the box, you might want to work with the vastly more expensive UE or Unity content (that still won’t gel together if you use numerous packs in a single project) or just play in a video game level editor. Making things to go with my idea and tweaking stuff has simply always been part of the fun and attraction to me. But that is just a little aside and a bit of a defense of the quality of the free DLC pack as you can make really nice things with it if you just have a little talent and a slight bit of skill in an image editing software.
In fact, several people asked me what pack I used to make the dungeon on page 4 in my Shavra: Renaissance thread, someone even asked to buy it, and its mostly just retextured modelpack 2 stuff blended with some of my own 3d work.

Another thing I noticed in GG games, especially the ones where you traverse lengthy stretches of terrain with little to them (you get that a lot in these atrocious zombie games… no seriously there are numerous people out there that create these really large outdoorsy areas and populate them with stock GG zombies. There are either so few that they don’t even remotely post a threat or so many that the engine starts to lack and their AI starts to break down. Its quite frustrating how common this is…) IS that the default camera movement is quite jarring.
To alleviate this I have shut off the head bob as it looks tremendously awkward when sprinting and increased speed slightly. My character is supposed to be very athletic anyway and the game is supposed to have a sense of flow to it so I felt the need to adjust this. I also increased jump height slightly which makes controlling the game a lot more enjoyable from the get go.
haha, excuse me for being slightly crabby but I have seen another iteration of these brilliant “zombie open world co op mega super” projects that look as appealing as getting gonorrhea earlier today

…its also unbearably hot despite my trusty old 90s fan doing its best to keep me functioning.

What I also did was add a basic mechanic that some NPC’s will trade basic items with you if you bring them certain objects. This is to make exploration more attractive and add some more dialogue that amounts to something and isn’t just there for atmosphere.

Now for some imagery:

This is an infantry support sentry. These machines are slightly larger than the average soldier and can generally be equipped with a fully automatic MG or a rocket launcher. Their programming is rudimentary but safe and effective making them the ideal heavy hitter in a gun fight. These are mass produced for security firms that generally maintain the peace and police farming settlements. While their shielding can take quite a beating they aren’t entirely impenetrable to gun fire and they are not properly shielded against EMP blasts. Their power source is an ion-battery that will have them operational for 3 days before they start to run low. Its no where near as efficient as military grade hardware from the eugenics war but, again, very cheap to produce, repair and find spare parts.

HEPDD,the hazardous environment personnel defense drone is an infantry support drone mostly used by the private sector. These are very well shielded against EMP blasts, amytric radiation and just general wear and tear that they are ideal for the exclusion zones. However, the environmental hazard shielding left little room for proper combat proofing them so they are about as bullet proof as a kevlar vest, eventually you’ll penetrate their hull. These operate quite well when remote controlled but their AI systems have always been flawed due to running on an outdated BIOS hard-coded into their firmware. Their targeting system is imprecise and so is their environmental awareness. While they do well with small groups of infantry being marked as friendly, and every one else as hostile, they have proven to be disastrous as automated security unity in chaotic places such as villages or military outposts. However, despite all that, they are more affordable than better alternatives and therefore still in use as automated guards by war lords around the world. They can be equipped with any current small arms, however, the less moving parts the better.

– These are models by Disturbing 13 that I have adjusted and converted to GG. You might have seen them in a previous game of mine. Compliments to D13 as they have held up really well! The good thing is that importing them was very straight forward. I have some more meshes like these stowed away that I am really looking forward to dusting off. Never mind the lenghty, rambling descriptions, I just wanted to add a little flavor text

Now on to screenshots, some areas you have seen before but I have improved them slightly: 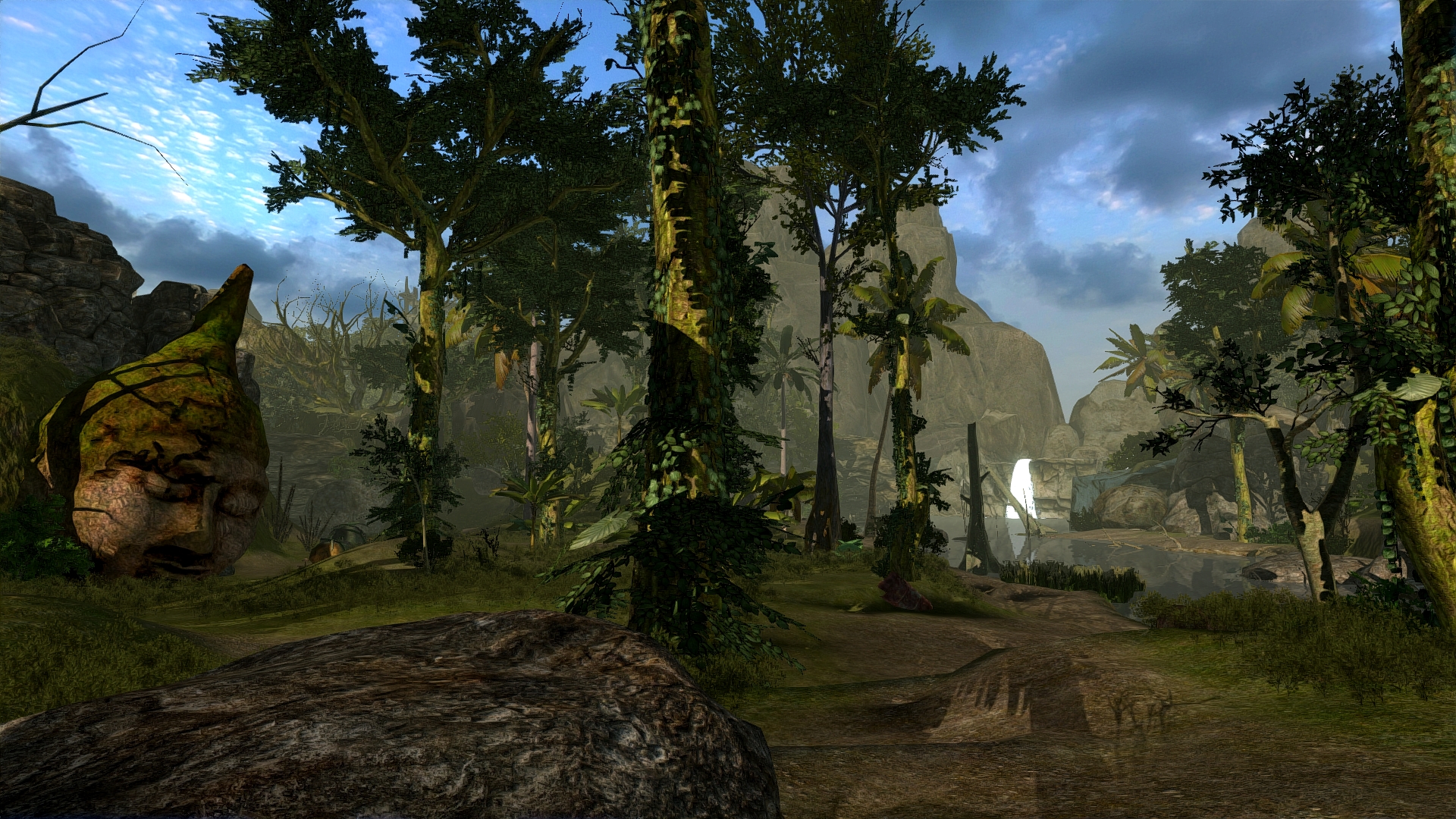 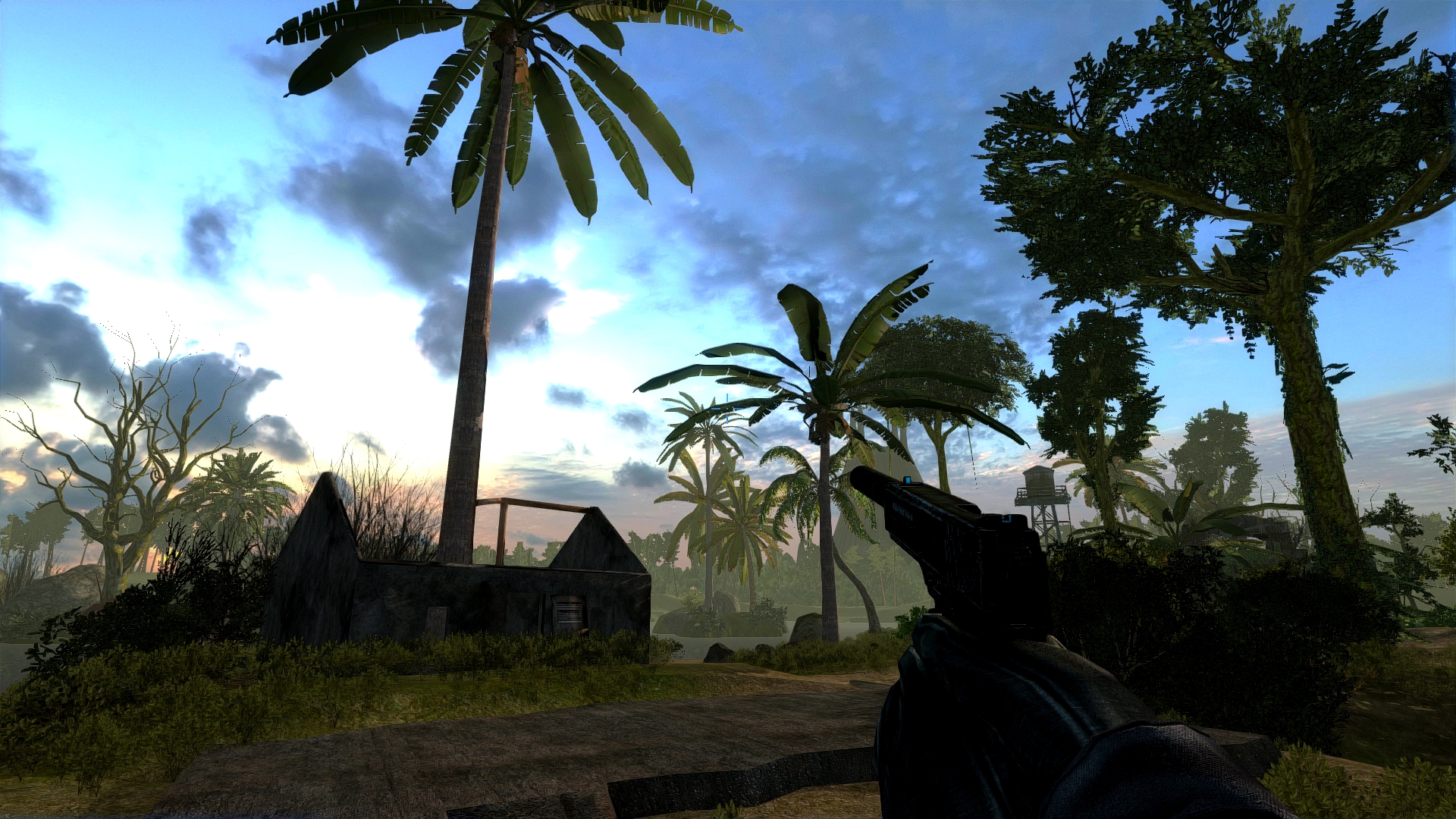 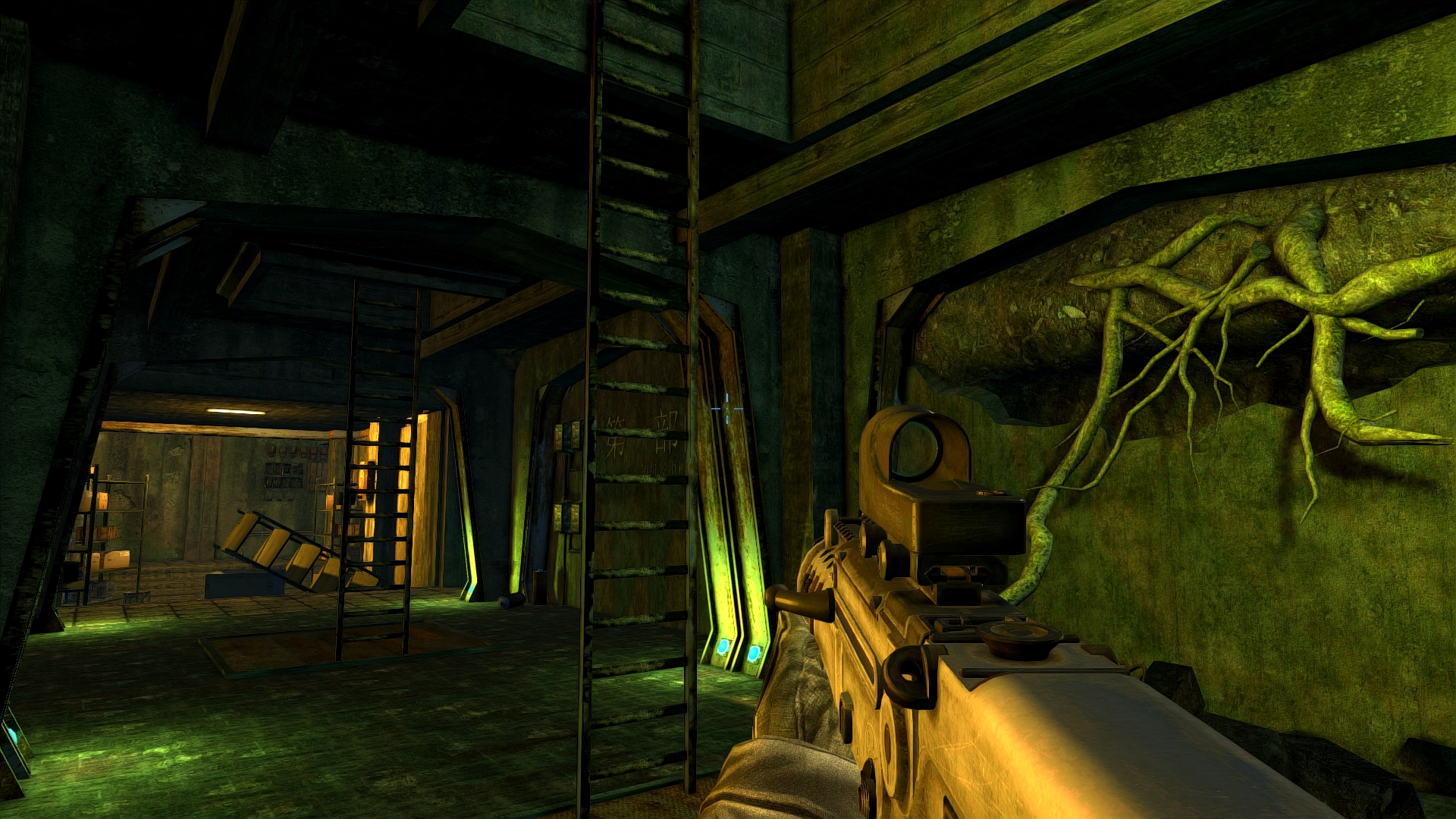 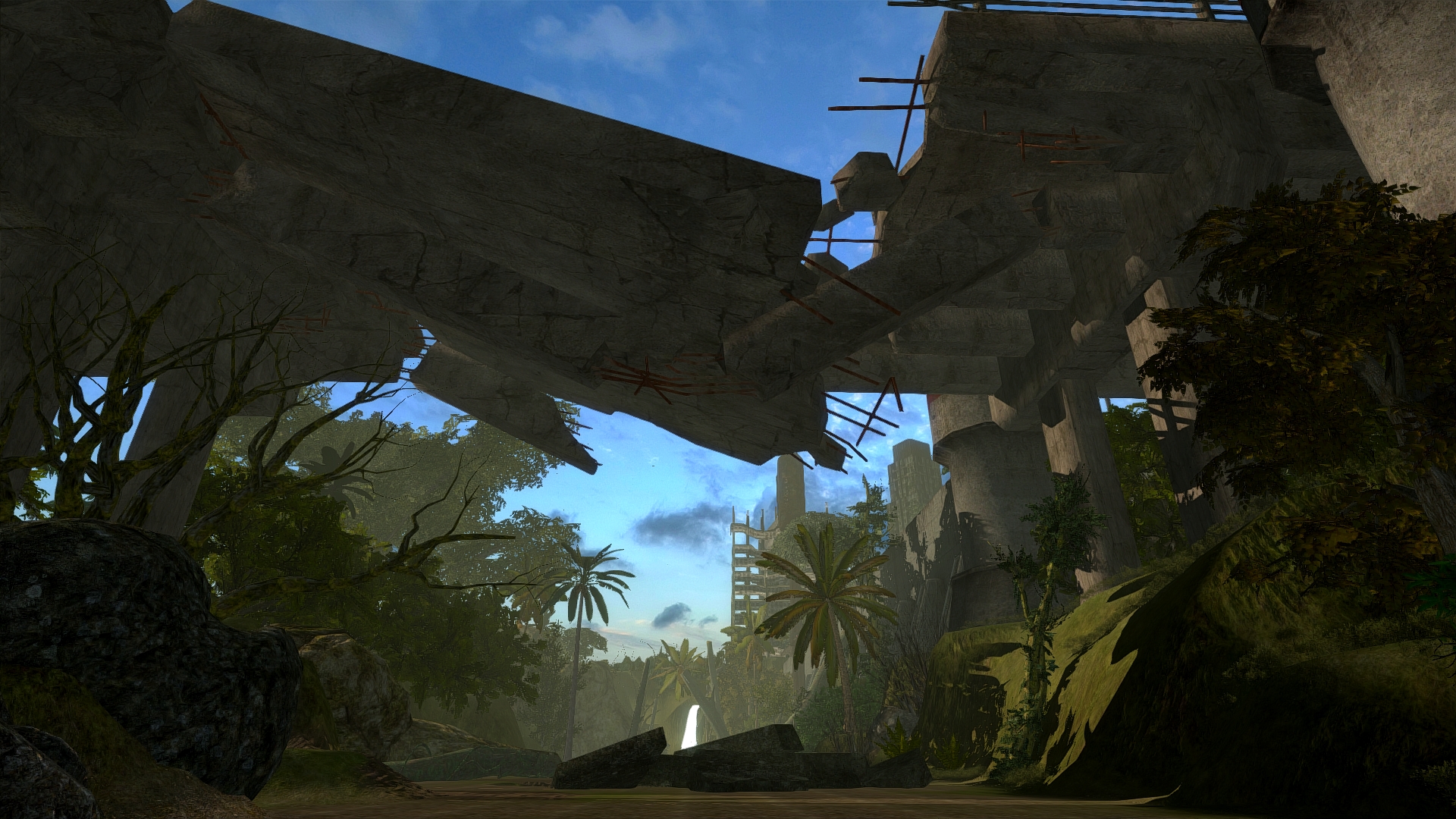 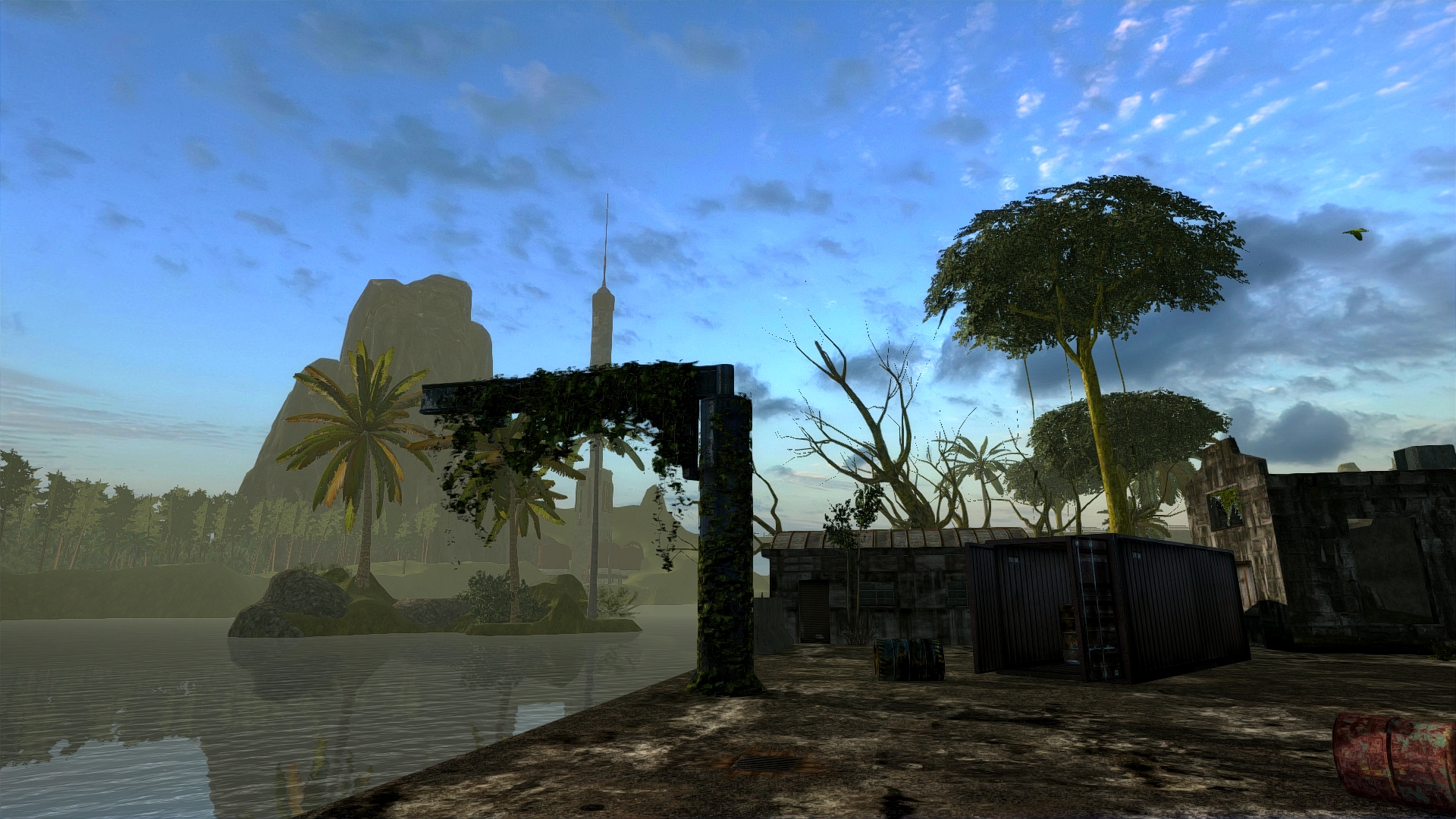 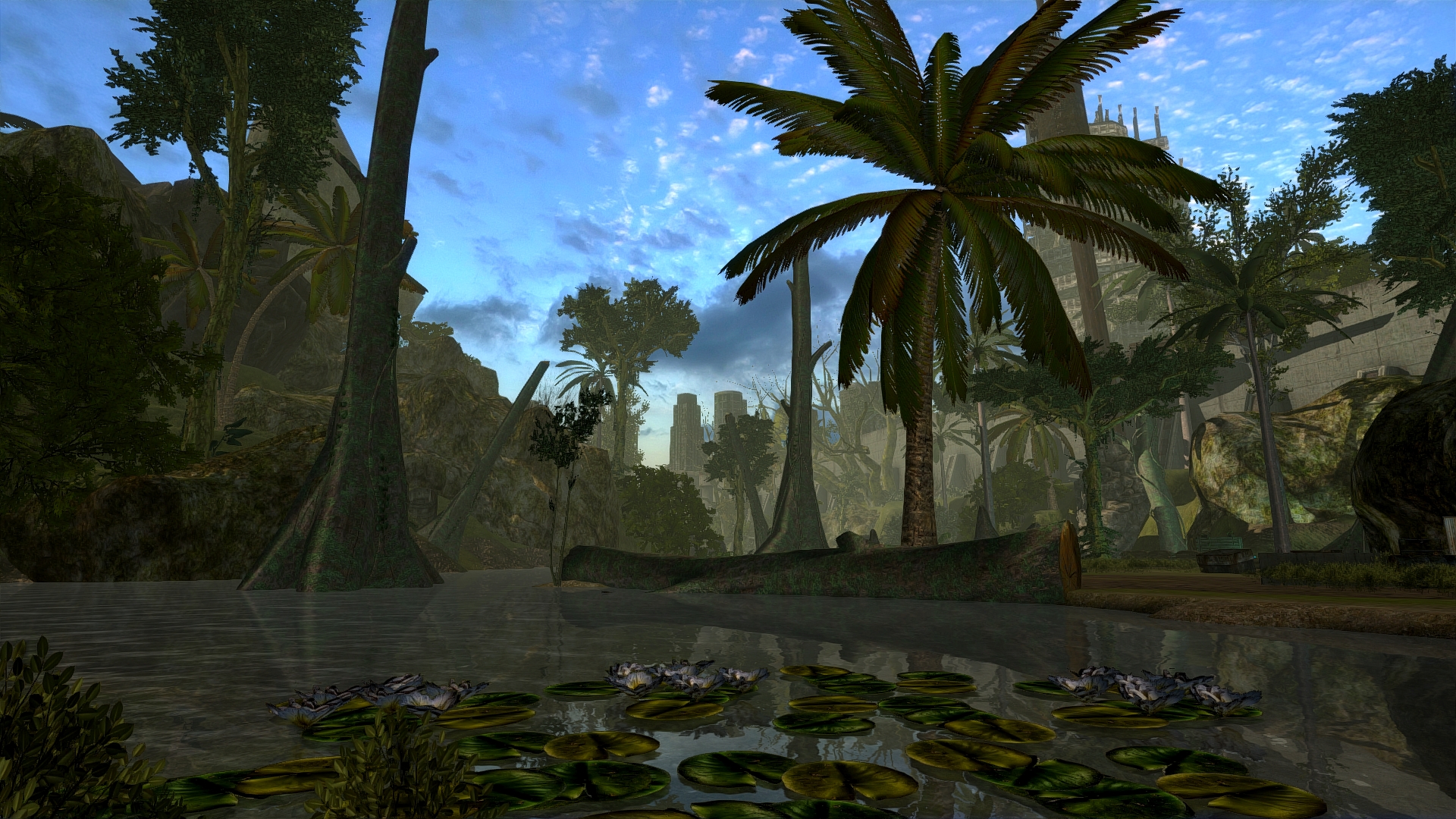 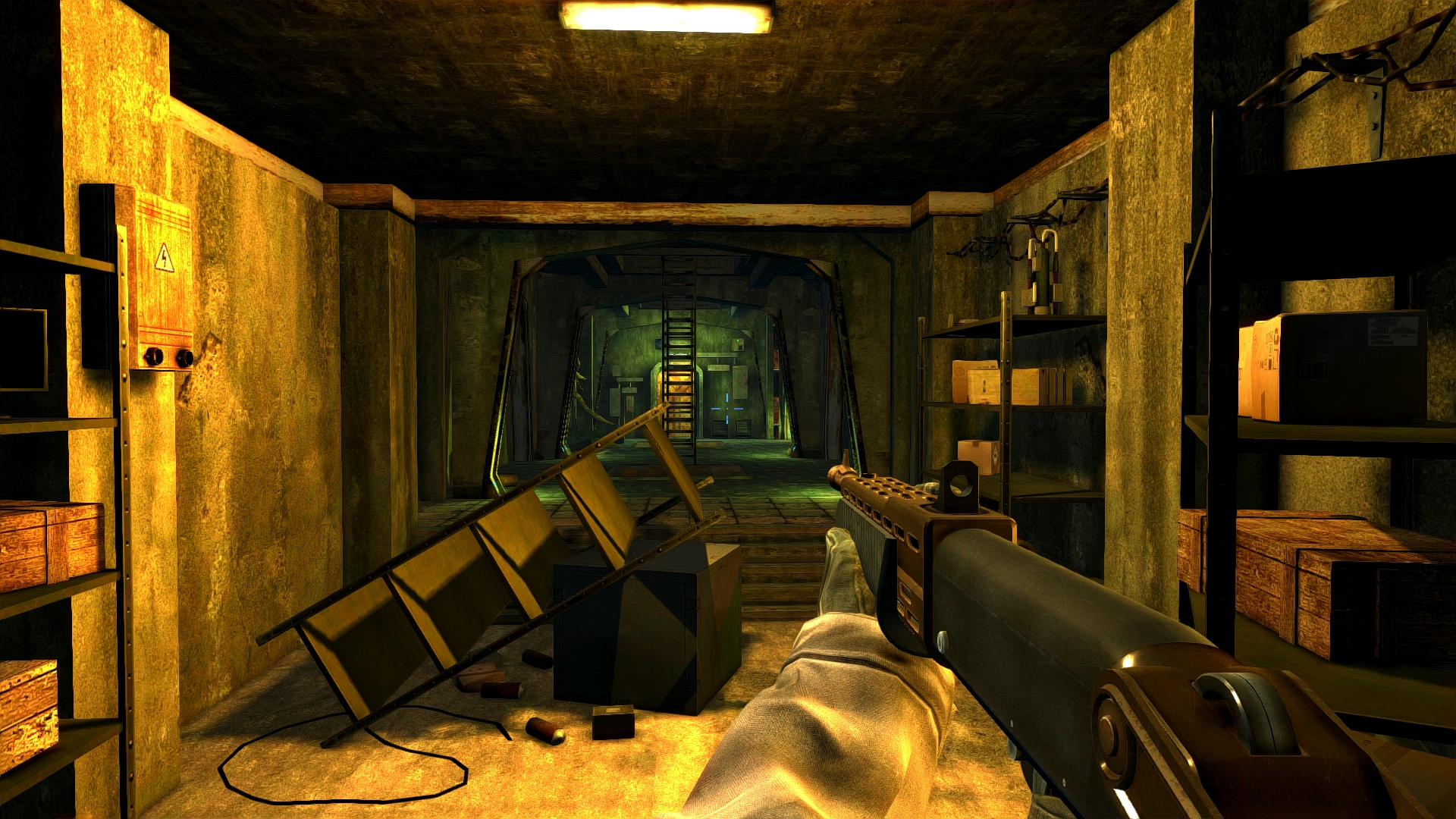 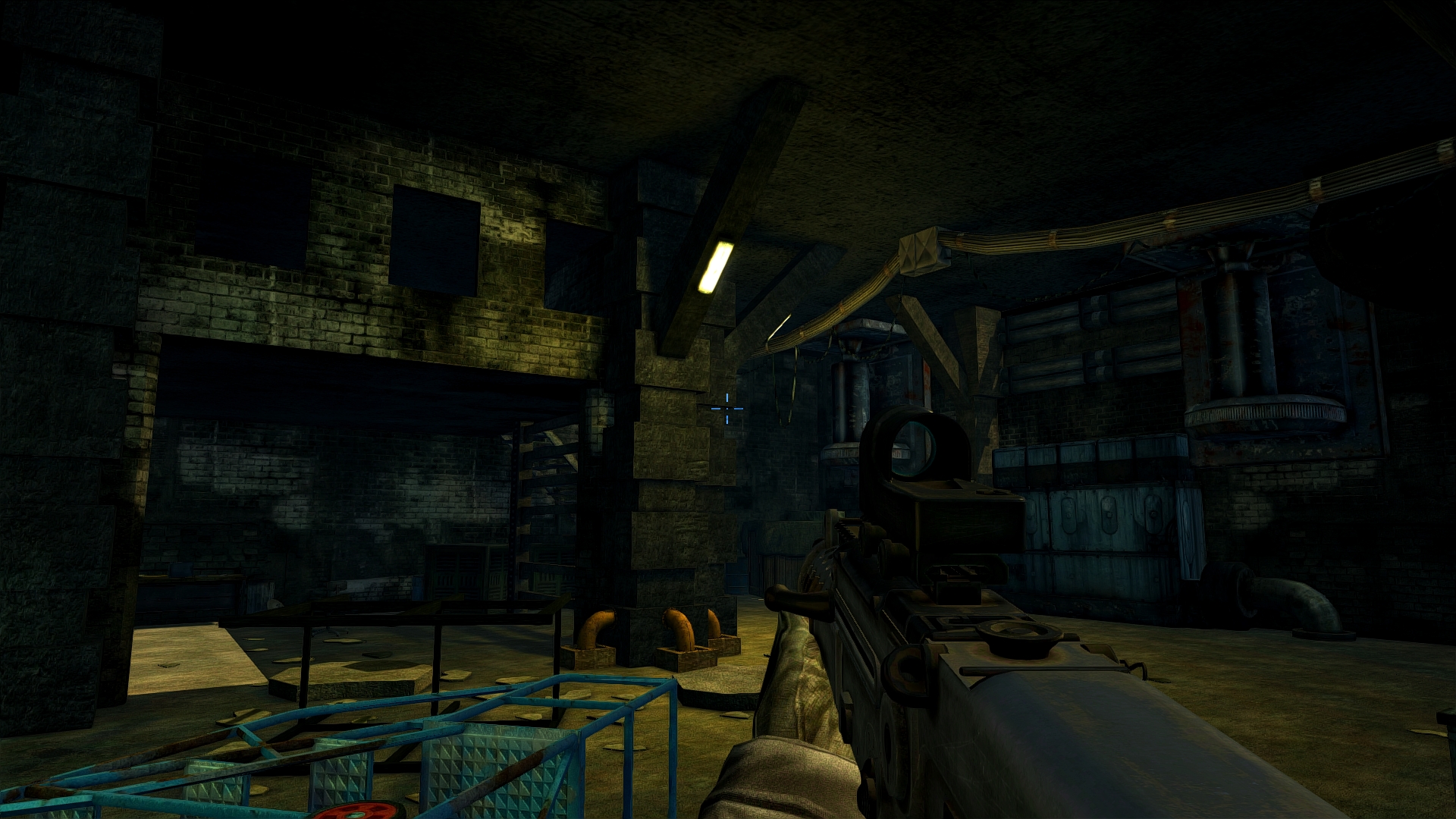 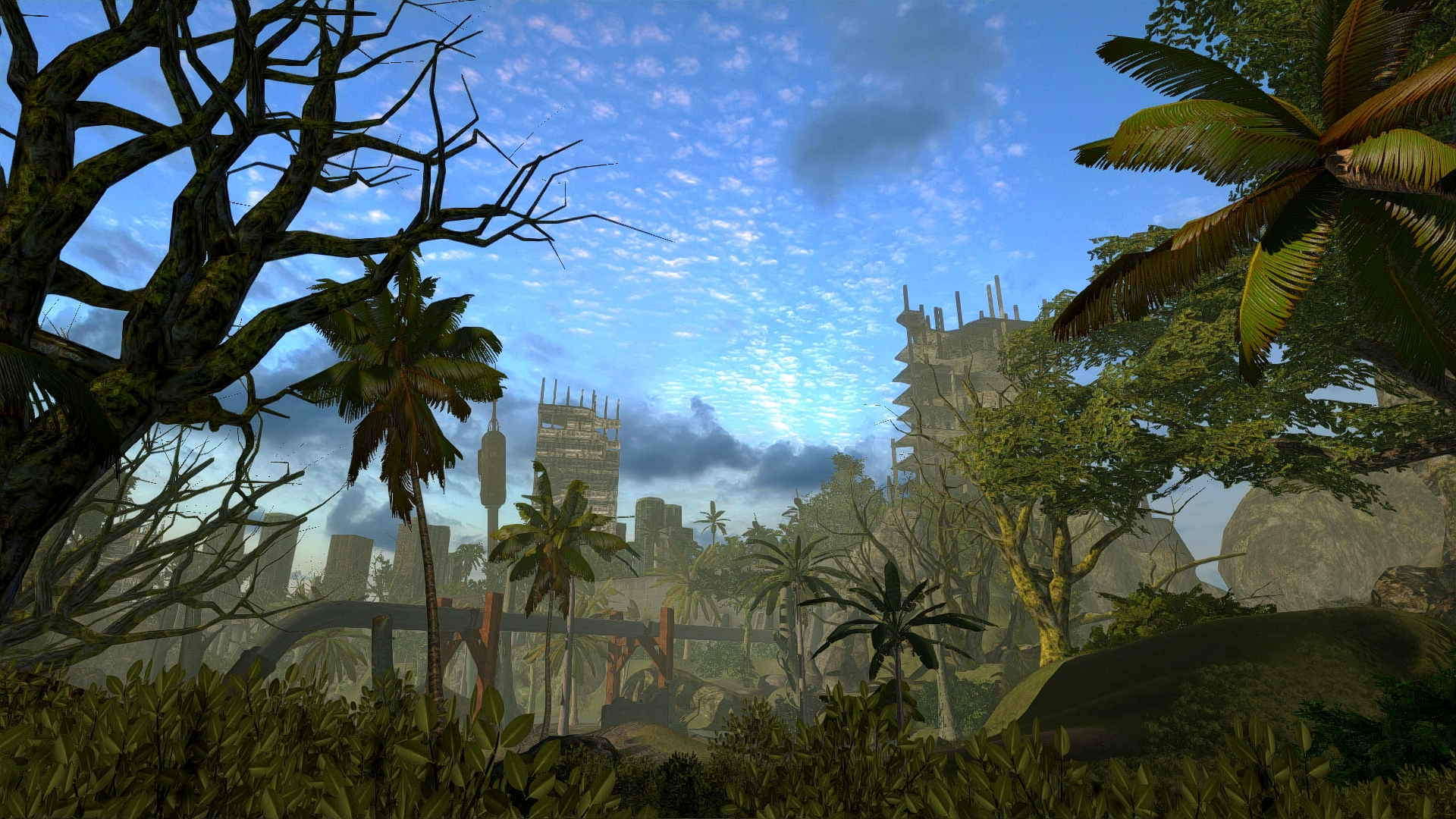 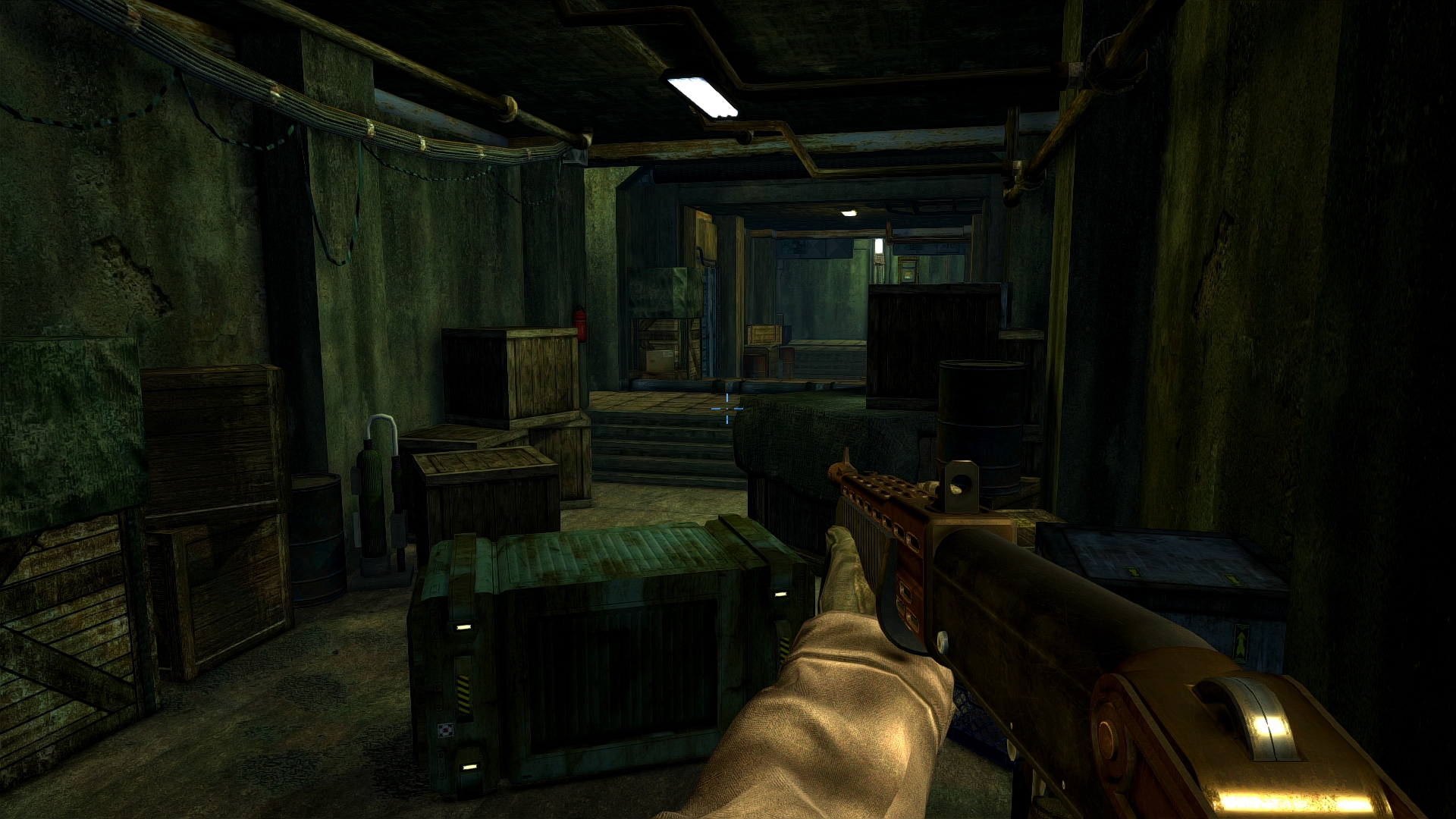 Working on these makes me realize once again how much I rely on community content to make these levels. So I’d like to thank some long standing community members who’s media is featured prominently in this title. Now, I am not going to mention all of you here or it would be a very long list, just the folks that really did the lions share of things that are seen in this game.

So in no particular order:

Lee Bamber: He made Game Guru after all.
The Cosmic Prophet: Who’s Scifi Media has been a staple of my games for years now.
BSP: For his wonderful foliage and the weapons.
Lafette: For his great and extensive library of assets.
Errant AI: For the character models that will be used prominently in this title.
Arteria 3D: Once again, another creator who made plenty assets seen in this game.
Rolfy: For numerous rocks, the terrain and skies.
Teamhalo: For his useful basic assets such as walls, debris and so forth.
Amen Moses and smallG: A large amount of gameplay related scripts from their free sections.
Gtox: Animals to bring these forests to life
Wizard of ID: his modular architectural packs.

So what is new? well first of all, some of the areas have been re-designed to work better within Game Guru’s limitations. Mainly performance has been greatly enhanced, meaning that the levels now rarely dip below 40 FPS on my aging I5 computer.
This is despite the fact that the camera distance slider is currently not working as intended. If you happen to have any intel on why that might be, please post here and let me know.

Here are some samples: 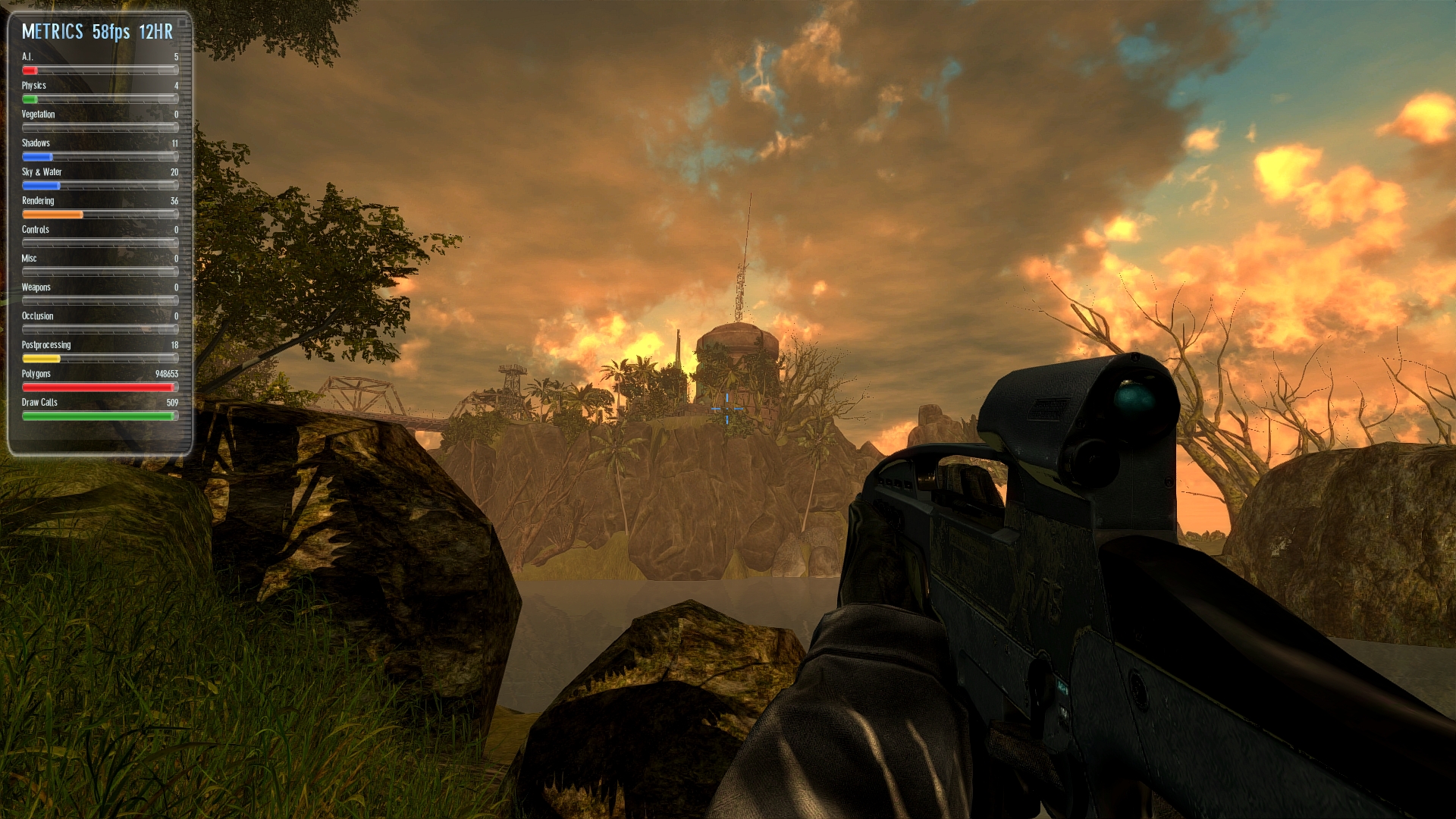 All in all, given the smaller scope and setting of the game, this is the title that I enjoy working in the most. Its also great fun to me to just jump in the levels, walk through these areas with the lively foliage and the critters buzzing around. Its really like making a little world to me which is oddly relaxing. Game Guru is now, all these years in, also in a very use – able state… so if you haven’t tried it in a while, you can do so now, I’m sure its performing far better than you remember.

I’m about to show screenshots of a level that I added in between level 1 and 2, as level 2 has proven to be a bit too difficult right off the bat so I needed a tutorial sequence. That is what happens in the new level 2. Balancing wise this also allows me to ramp up the difficulty more smoothly and introduce better equipment more gradually. (this means that you will not have access to the guns seen on the screenshots now when you play this level yet.) 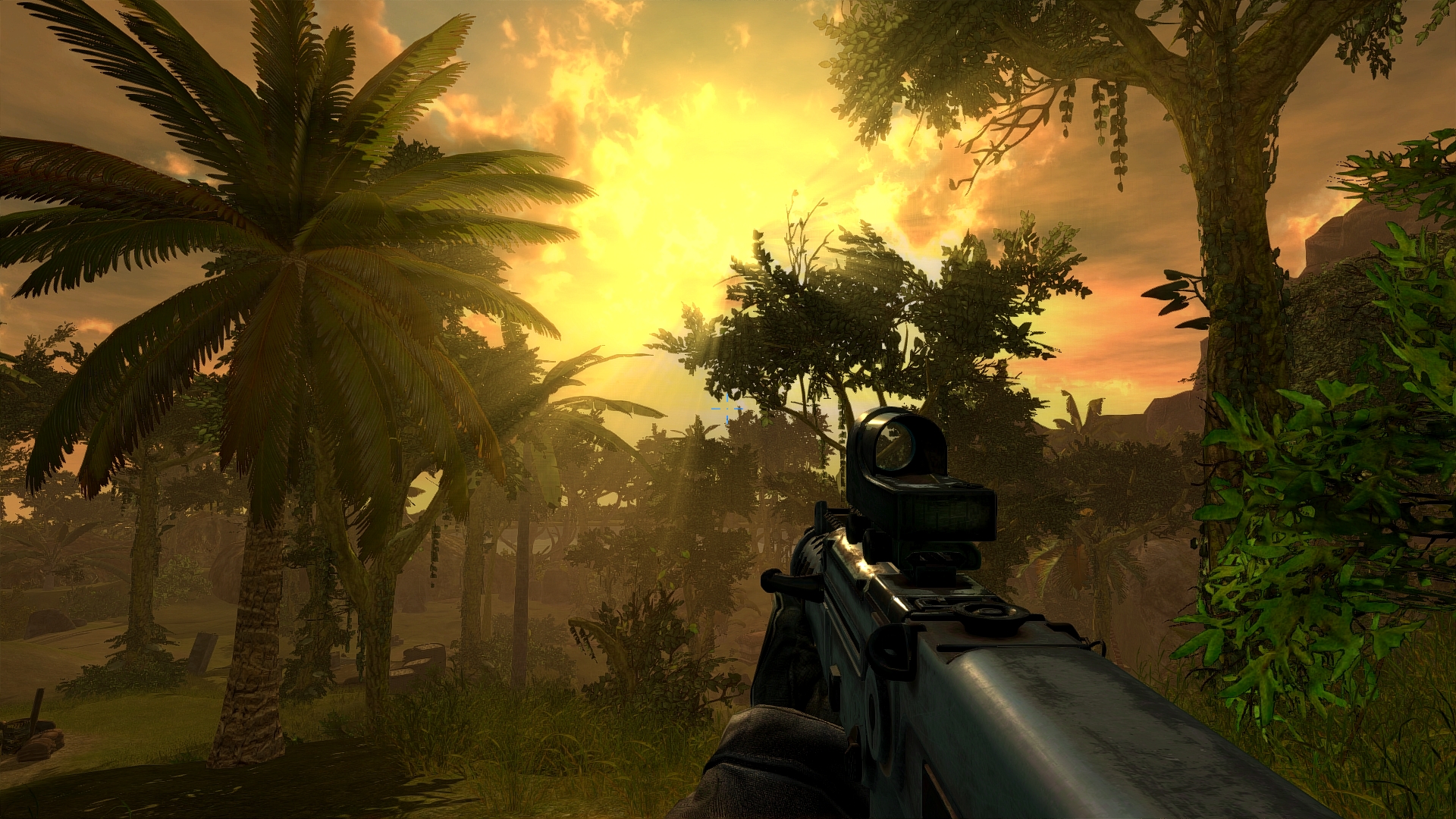 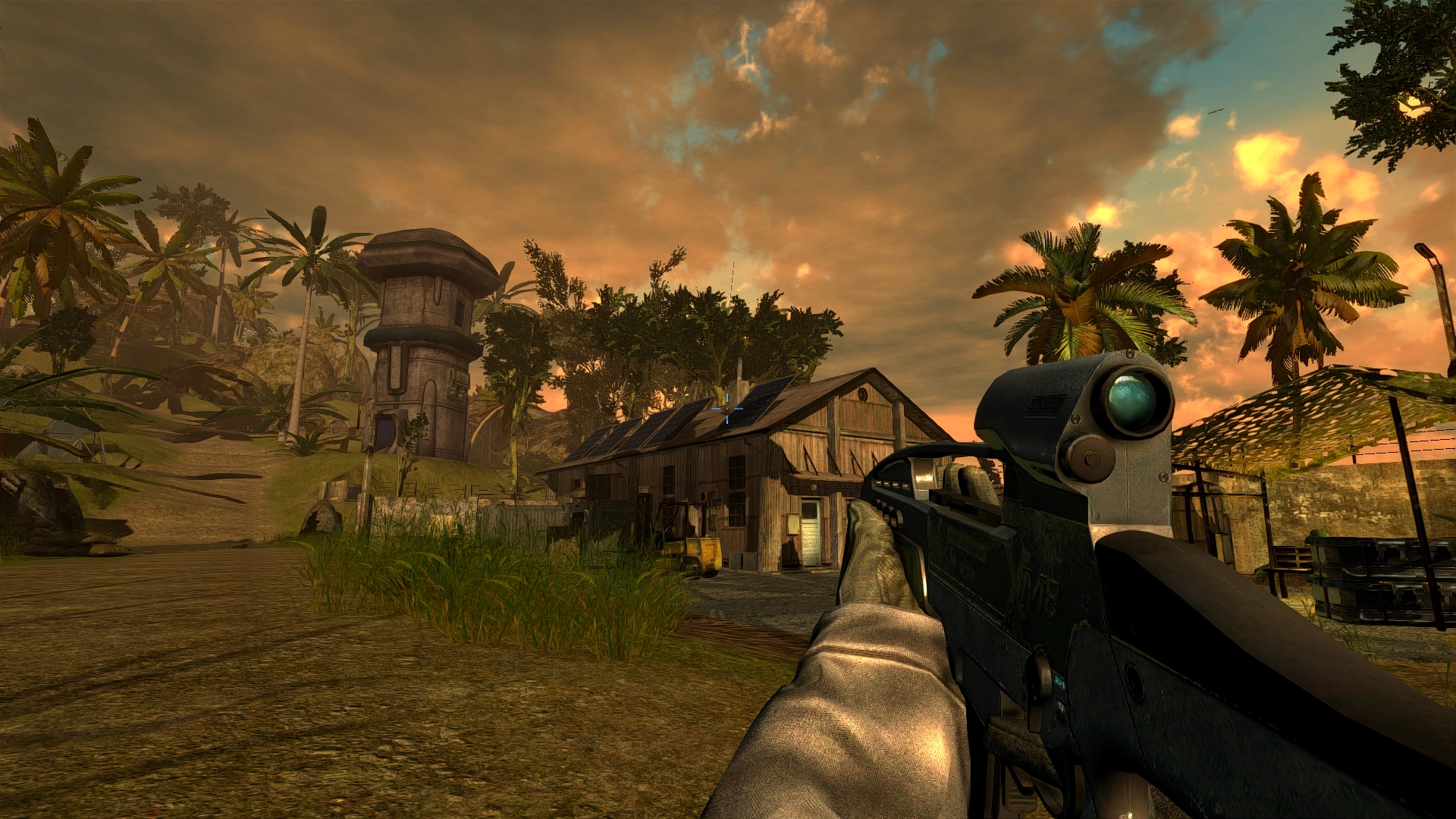 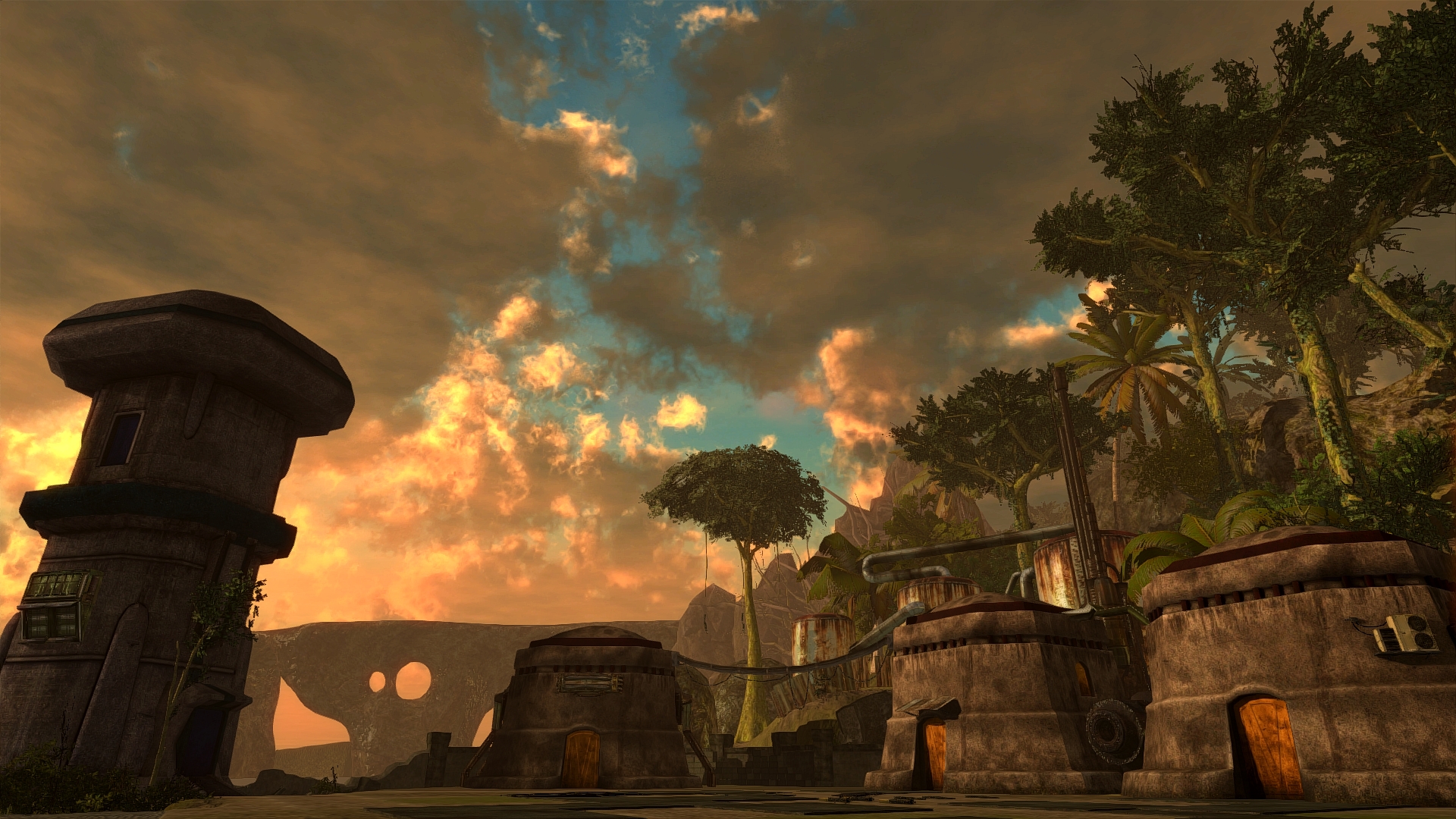 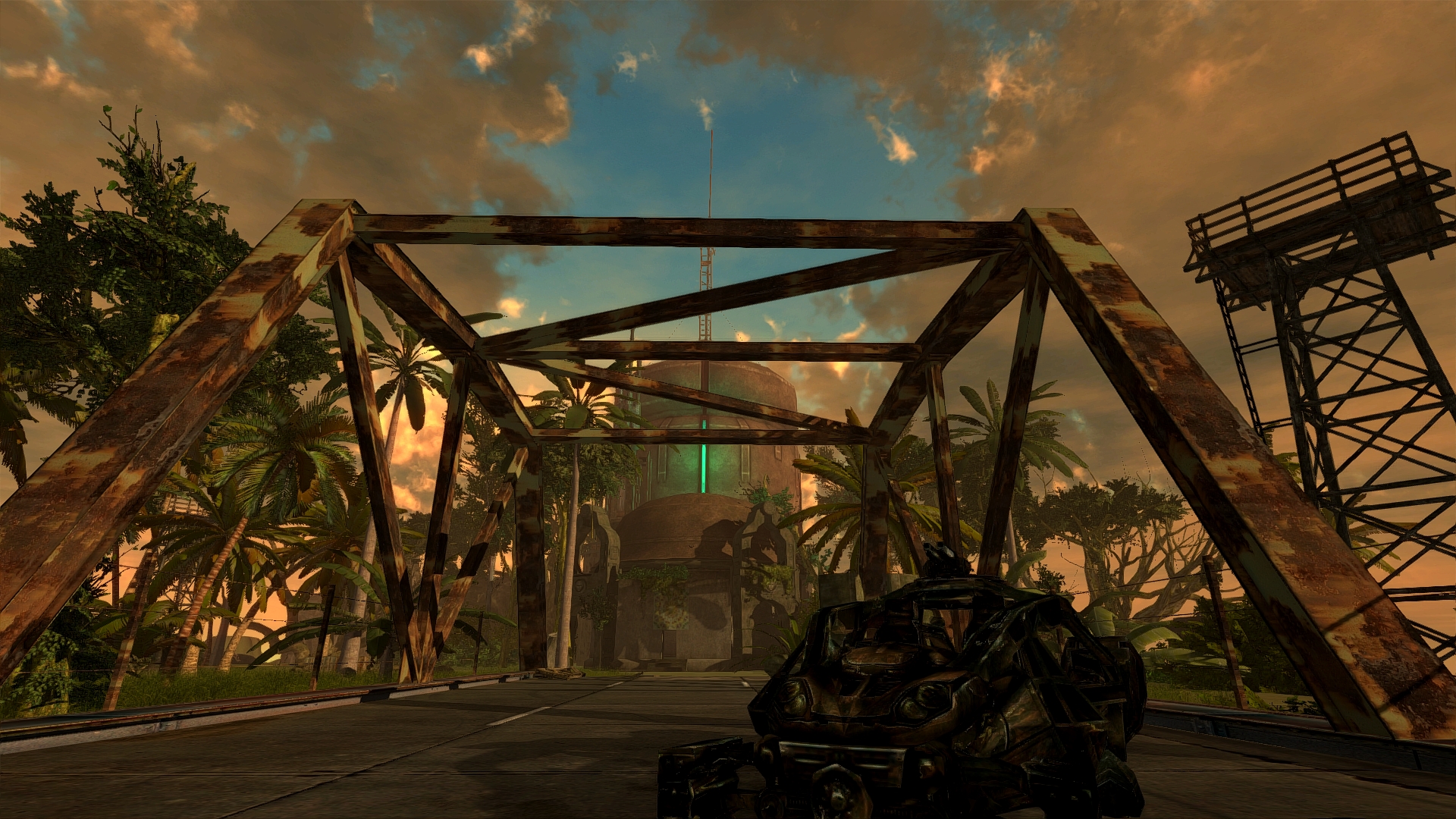 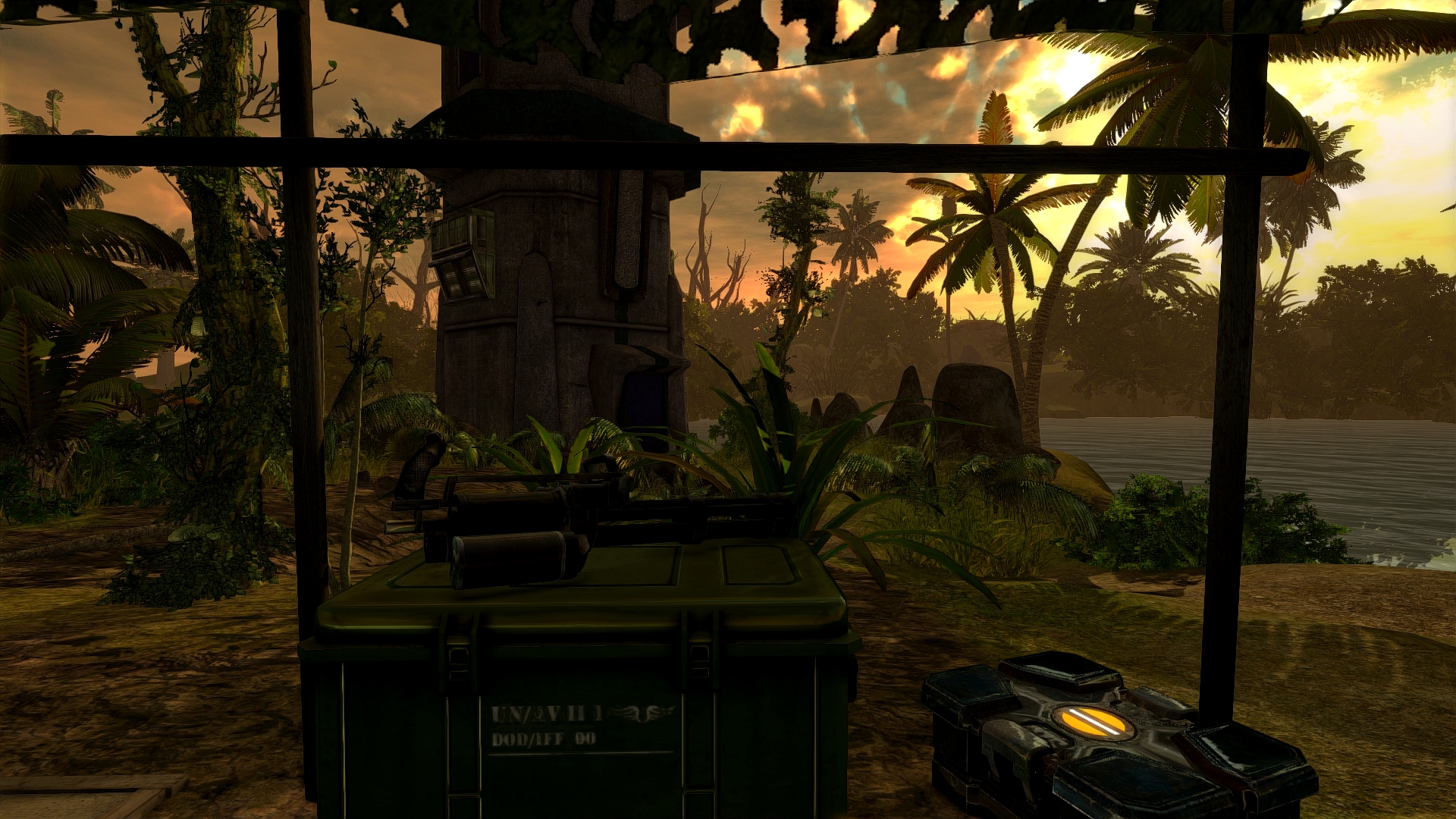 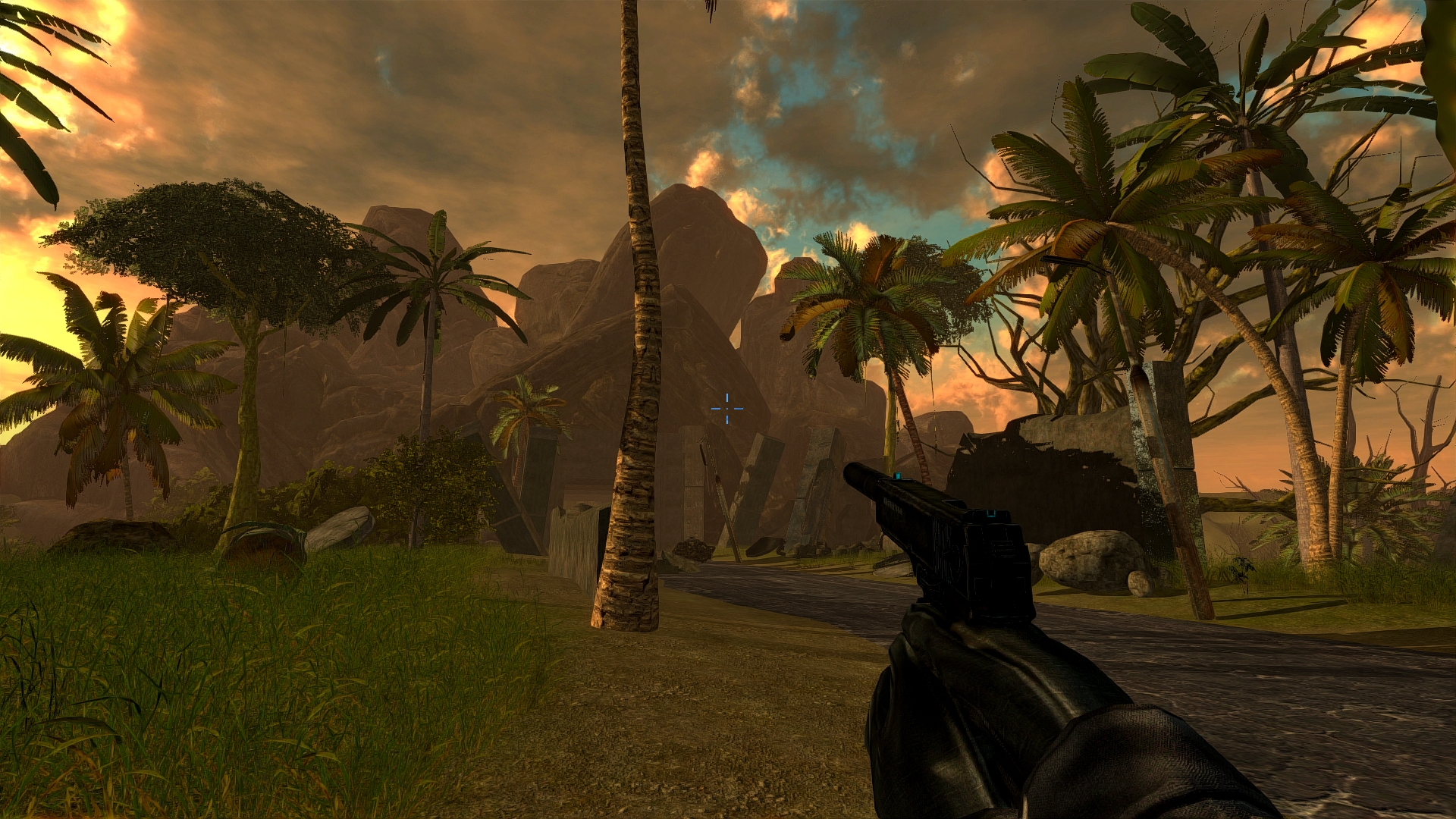 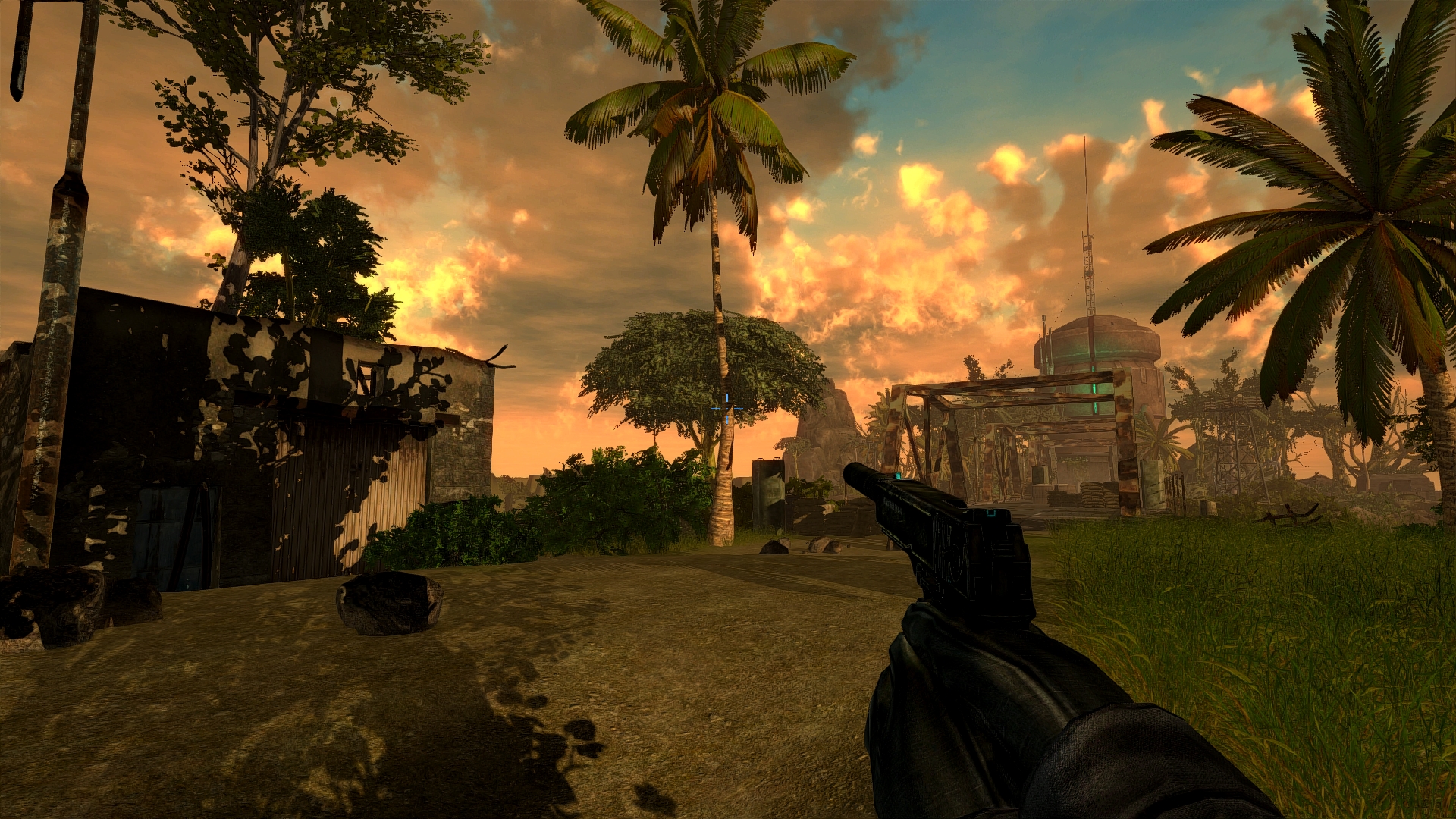 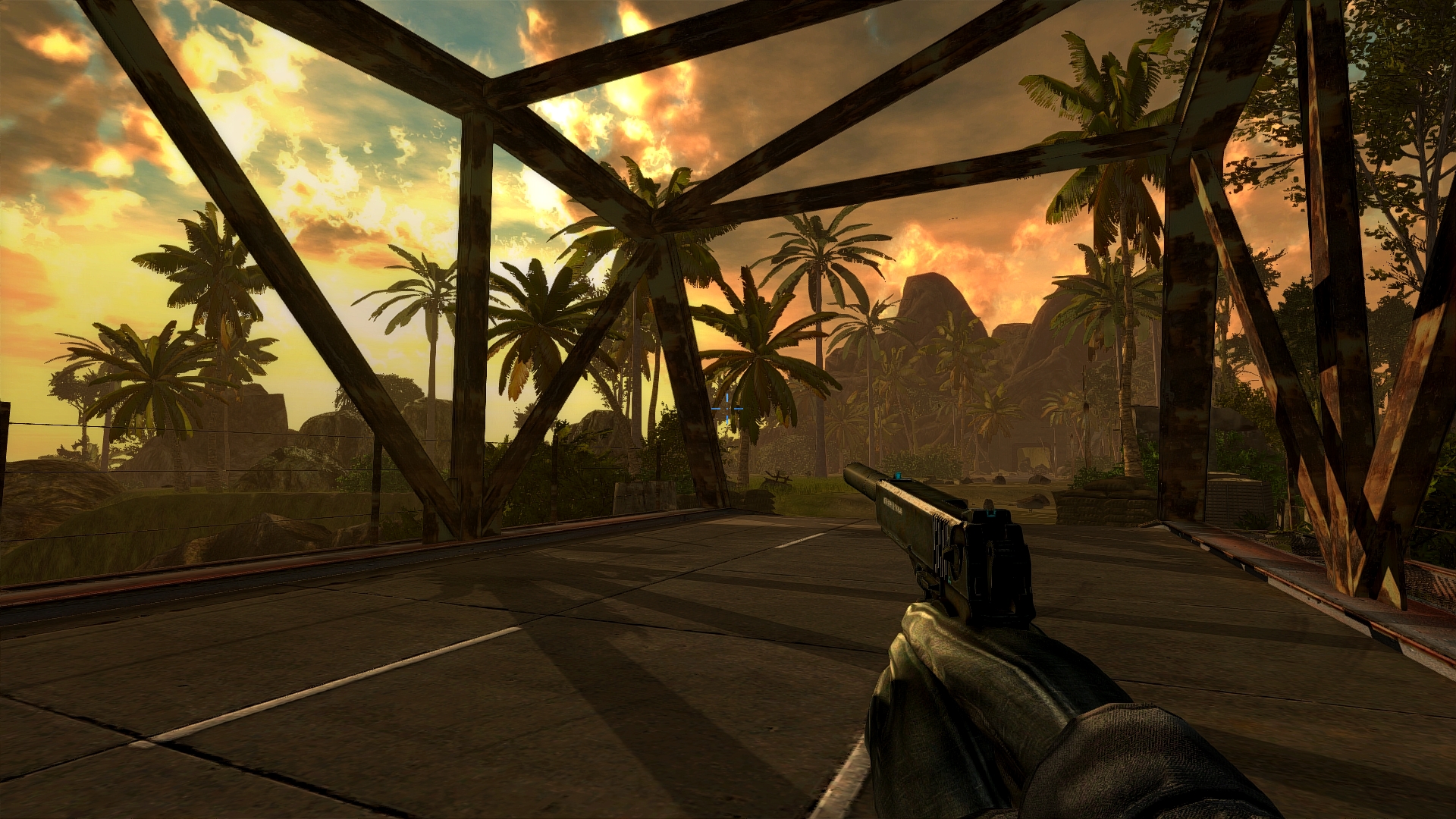 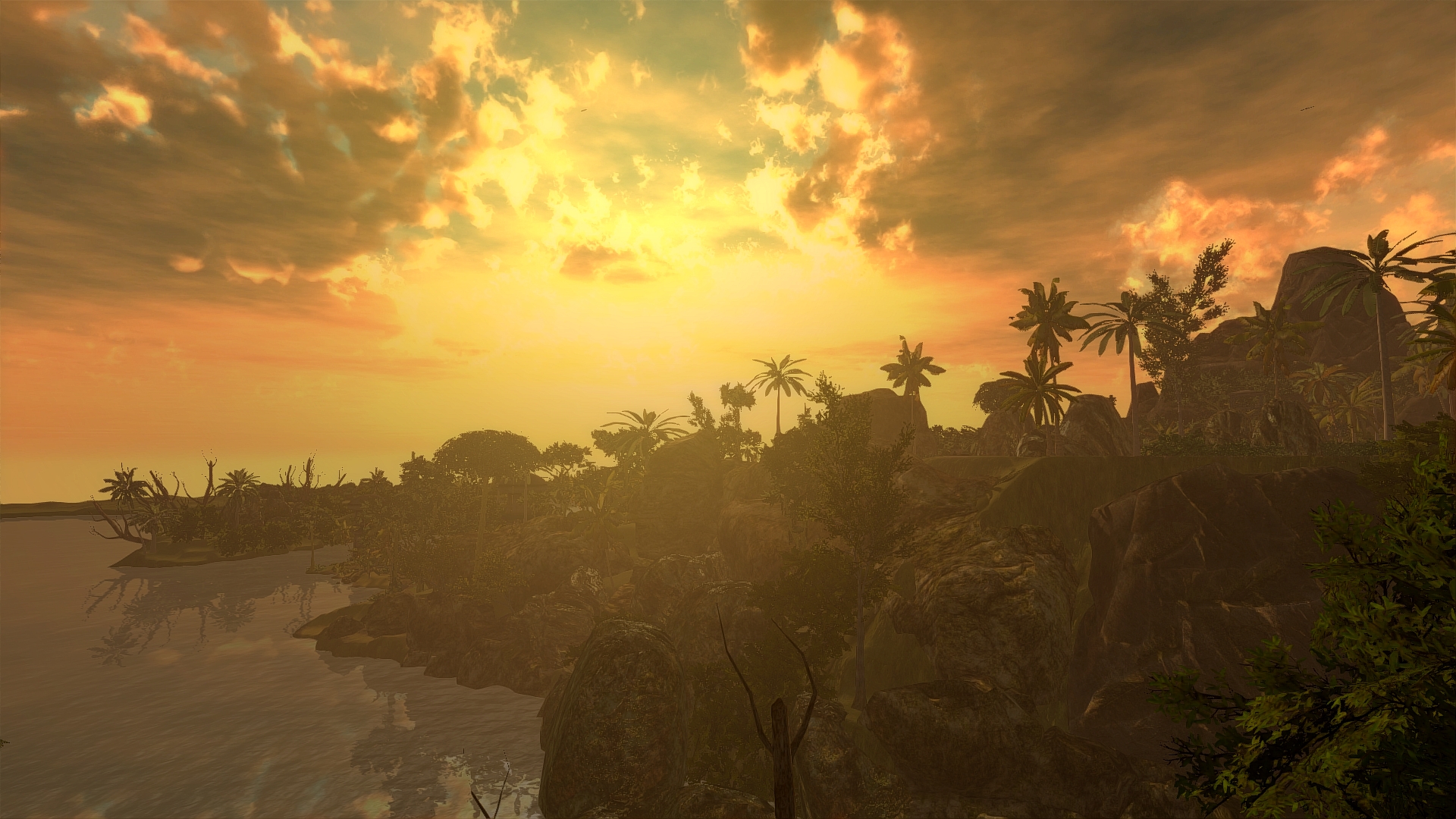 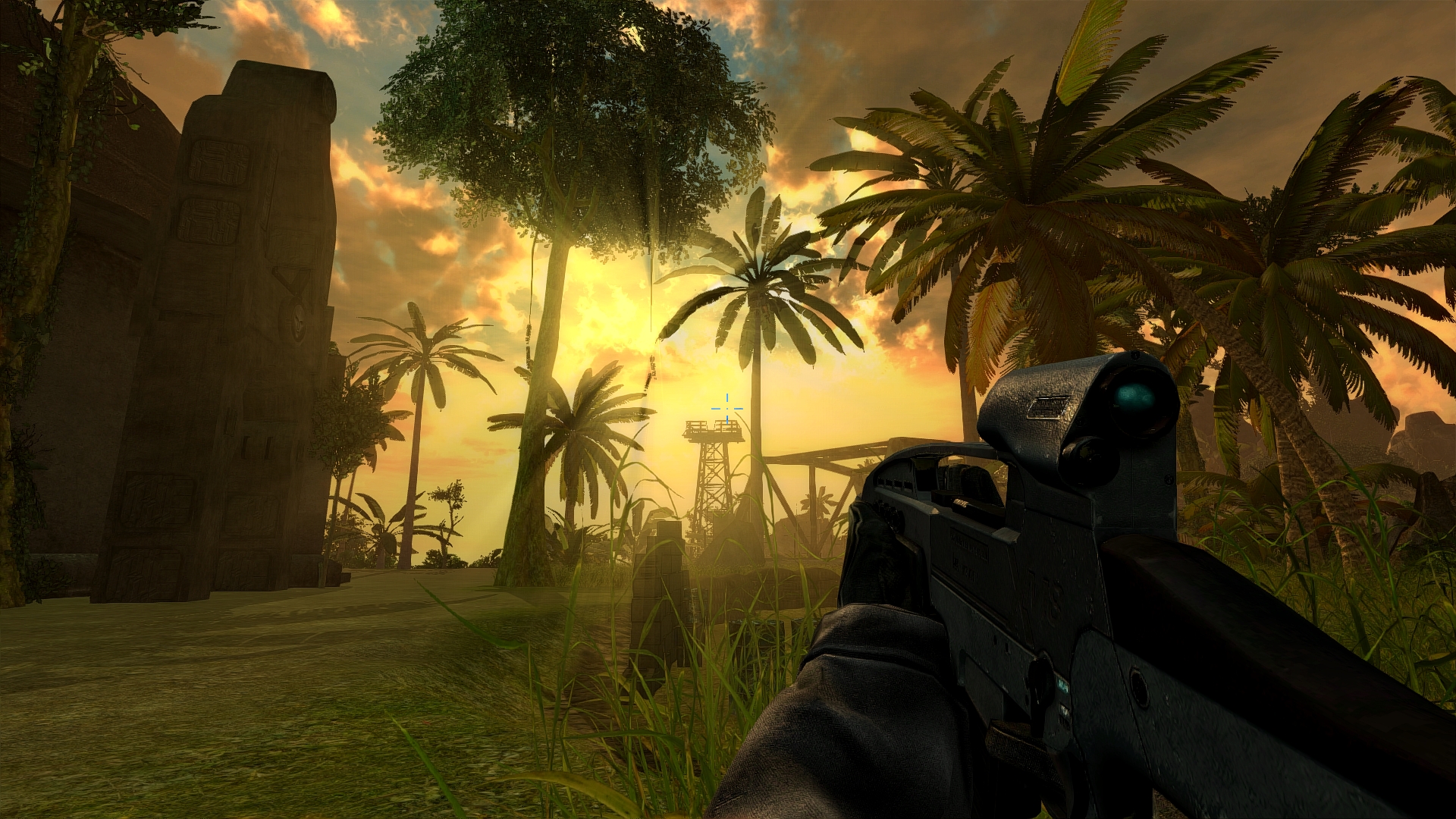 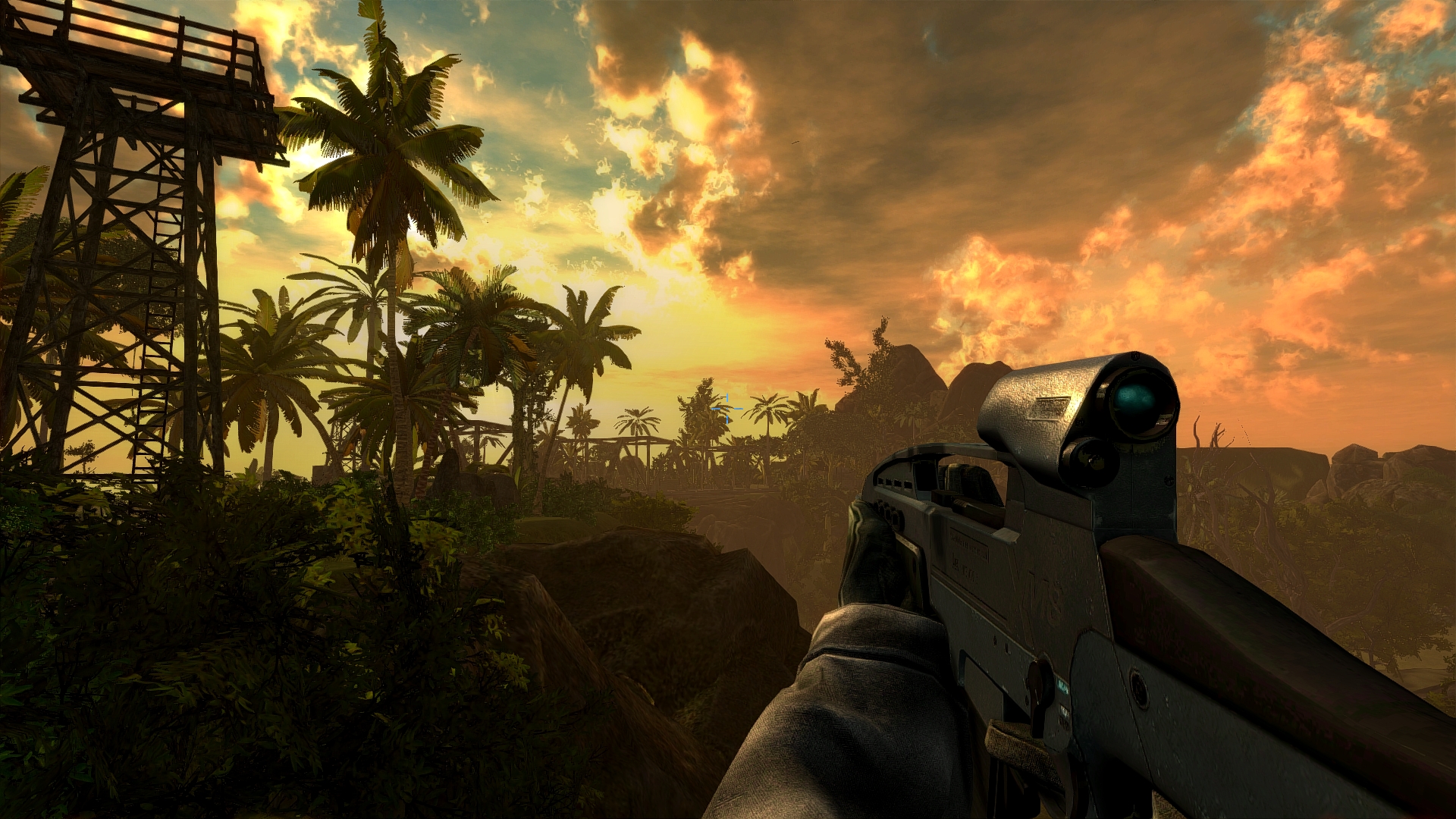 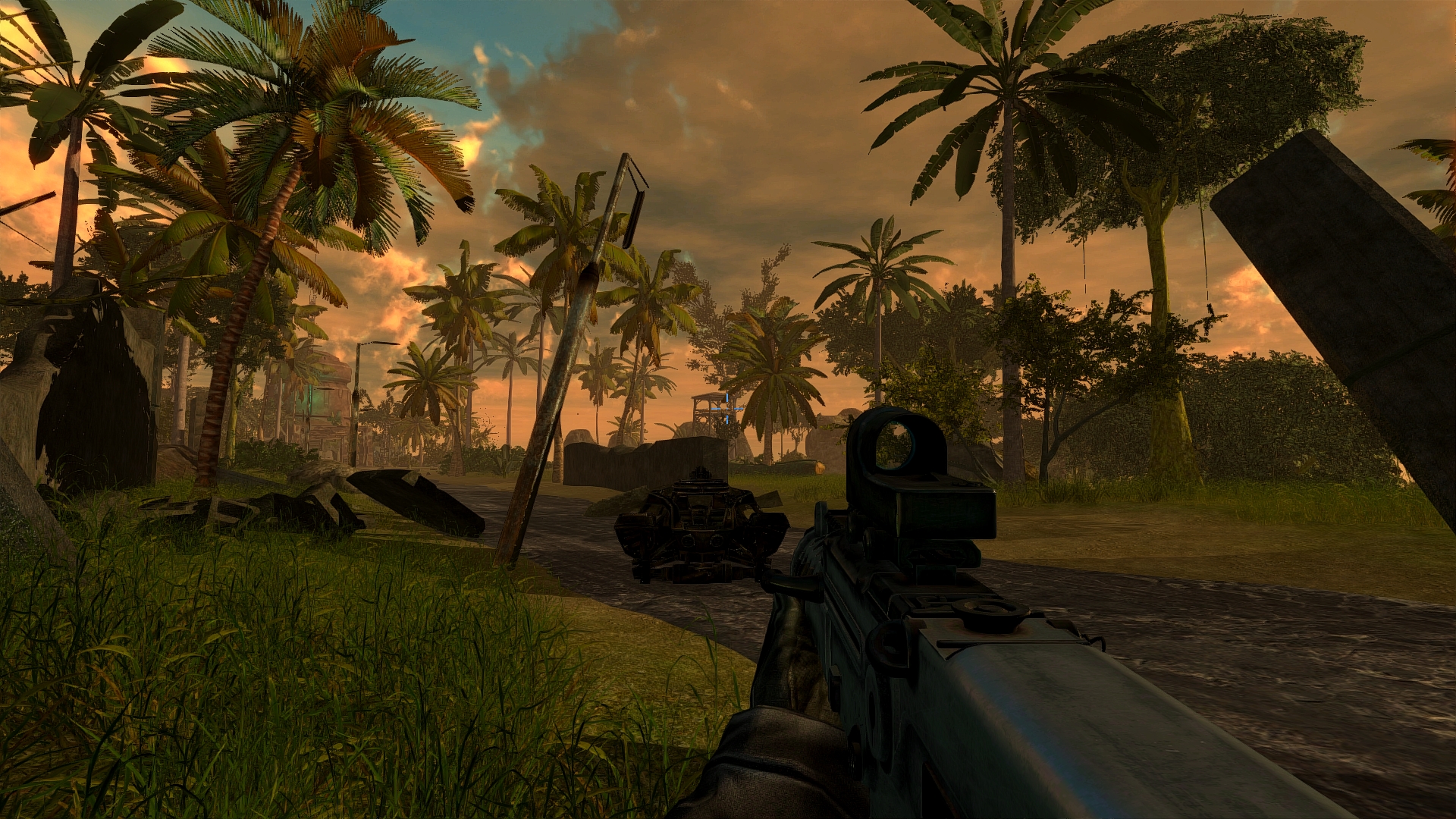 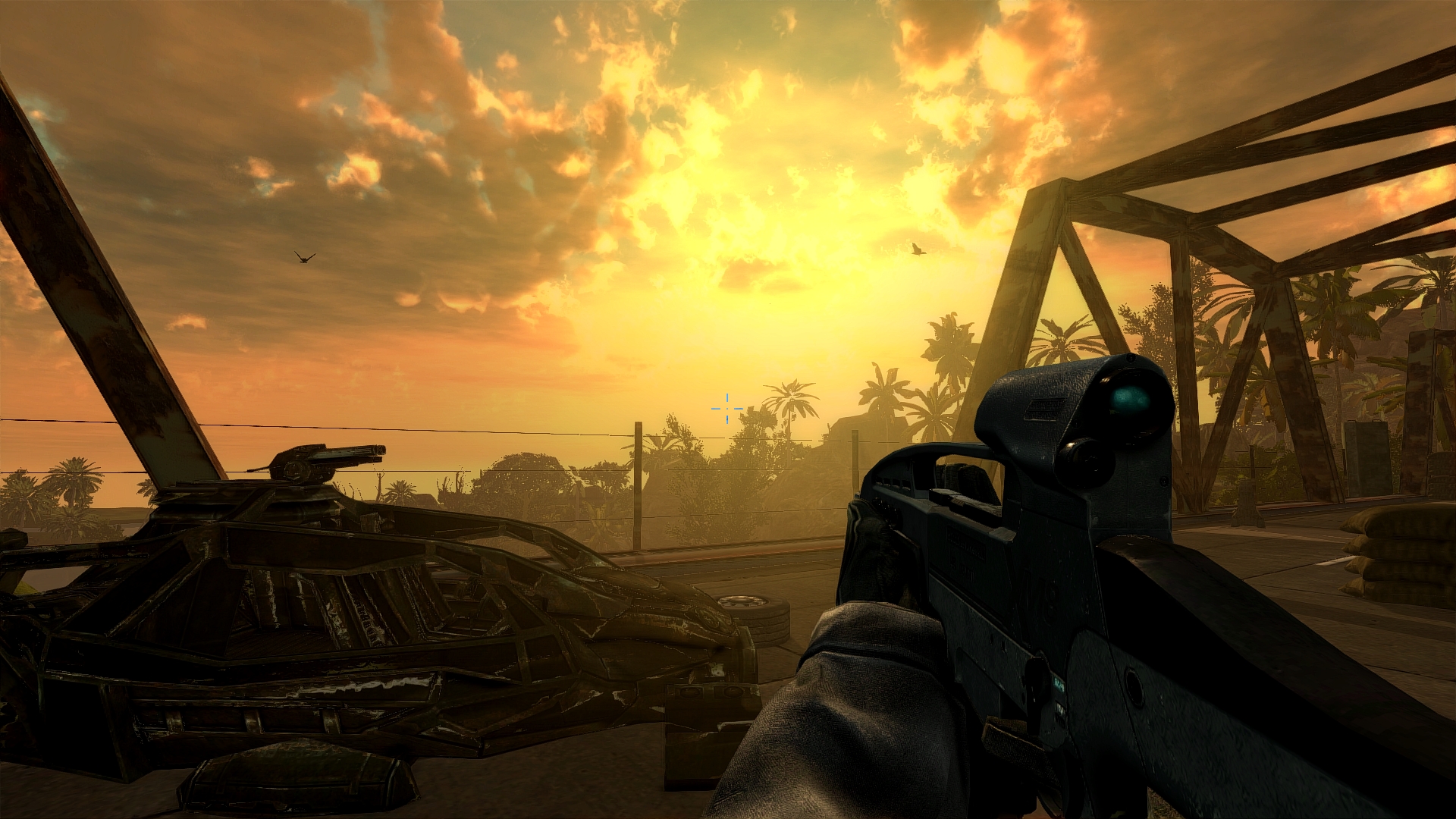 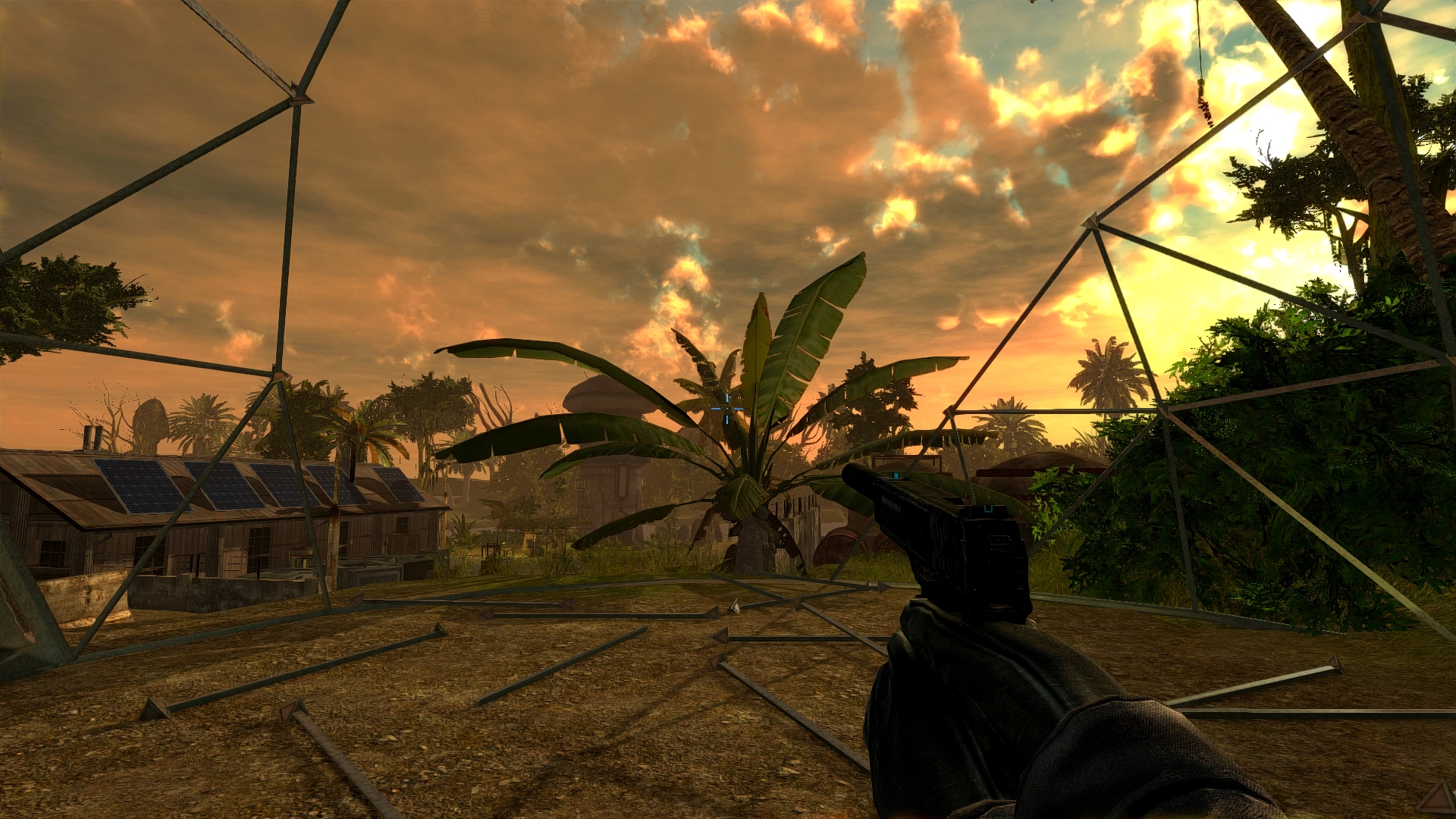 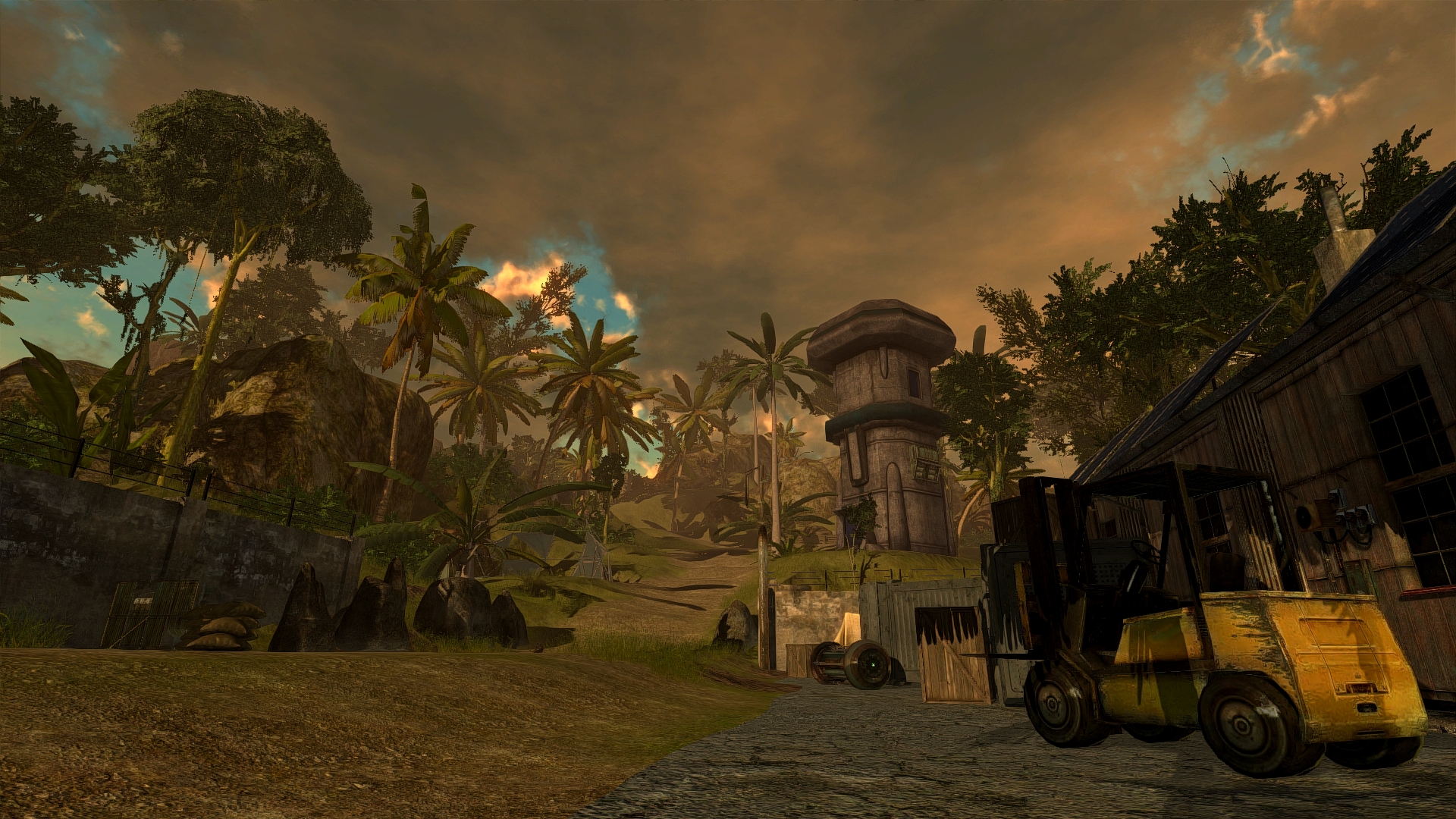 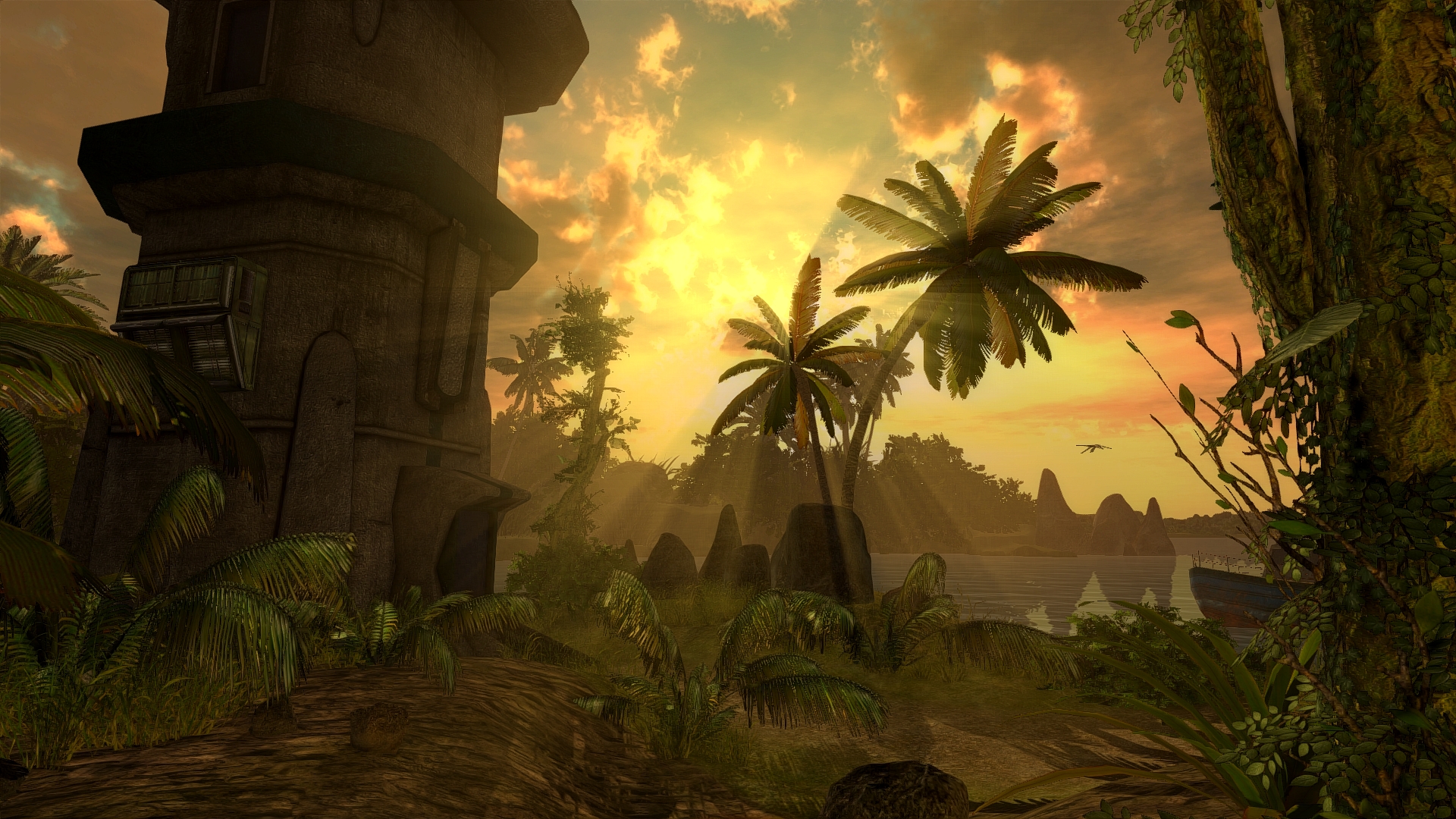 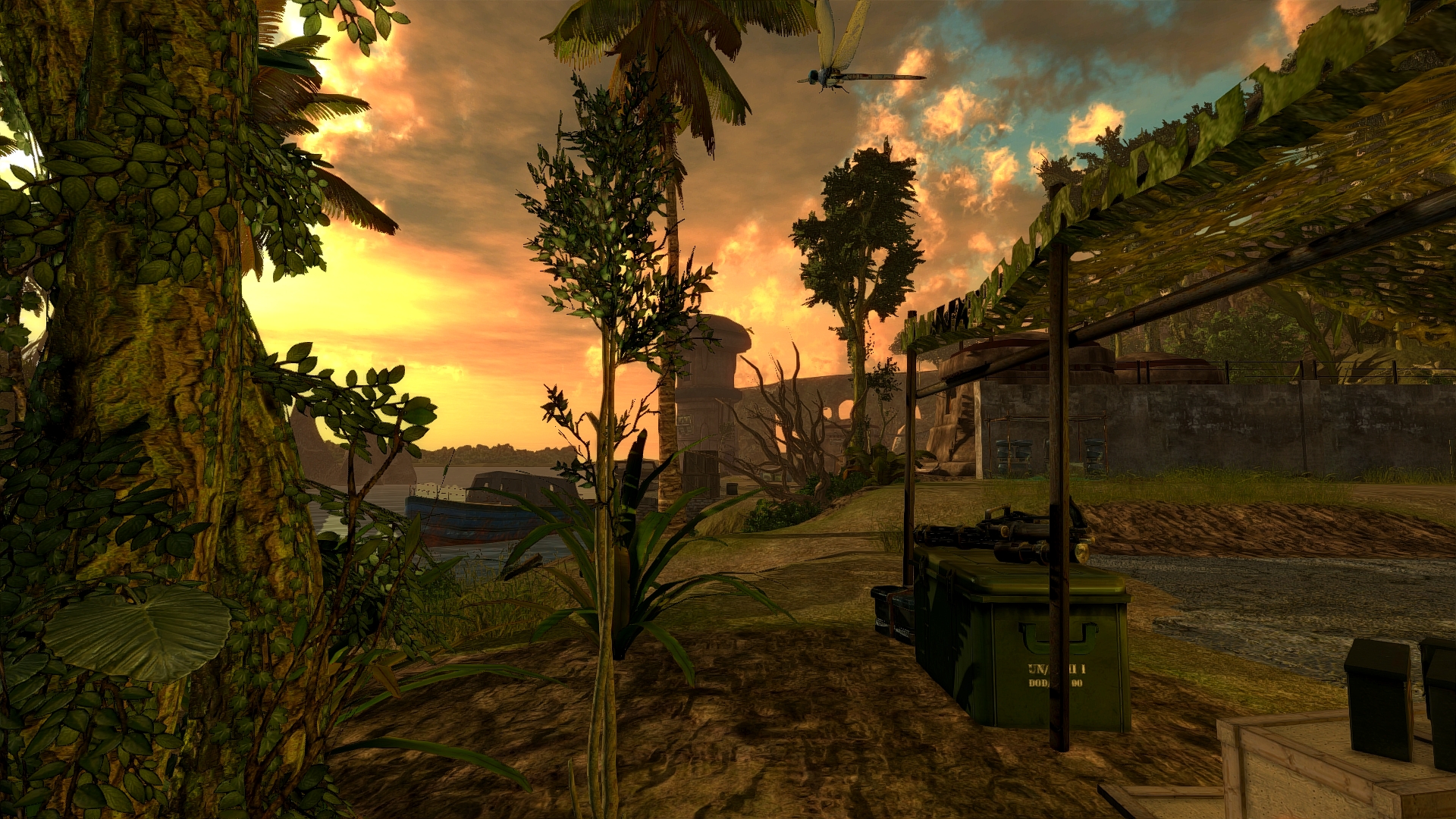 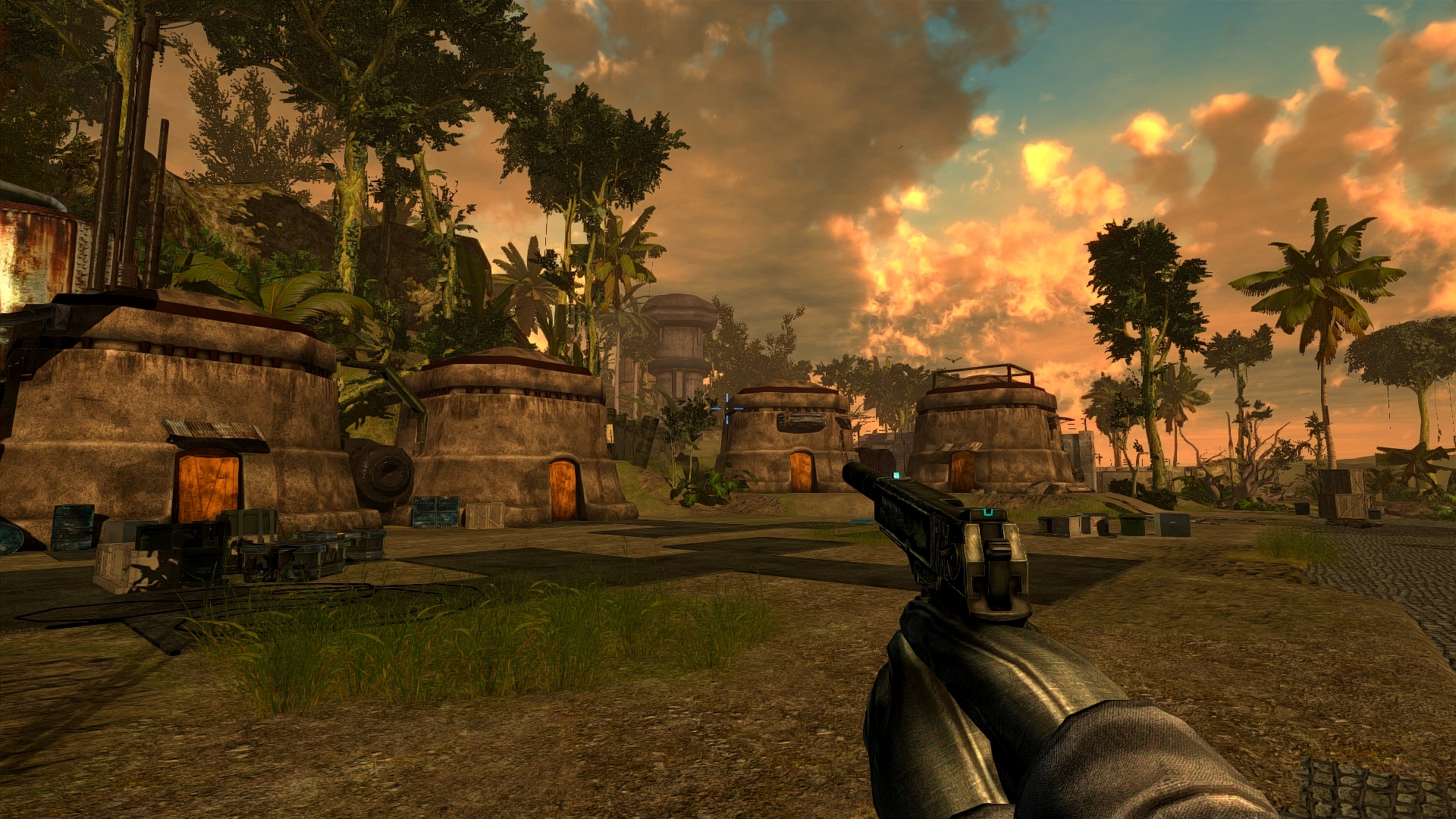 Well, I couldn’t decide what screenshots to post so I figured I’d just drop all of them. There will be a video eventually, but not until music and full SFX are in, so thats quite a while off from now. As always, feedback is welcome and than you for reading!