In which I talk about and show off a bunch of new weapon and explosion effects.

Today I’ll be talking about particle effects and general effect creation, which is something we’re really using these days to ramp up the visual quality of Star Villains and Space Heroes.

Now that we have a more robust particle LOD system in place, I’ve really been able to get down to working with complex, interesting particle and visual effects. It’s something I find I enjoy greatly, and it’s a good break from staring at a text editor, counting parentheses and such.

The process for creating an effect can proceed in one of two ways. The first is me just going off by myself, and working on a random piece of graphics. This is generally how things work with simple effects that don’t have a defined look – say a missile hit effect with pretty generic “some kinda boom” as the defining characteristic. I’ll iterate on it for a couple of builds until I’m happy with it.

In the second method, which is more interesting to describe, Alex will give me a piece of concept art, maybe in video or still form, for a weapon or an effect. can see a lot of these in our older updates, particularly the renders – he’s got a really good handle on what the Kilo’s pulses look like, for example. Here’s a shot of the Blackjack’s heavy pulses firing that I got a while ago. It’s actually part of a brief animation that gives me even more information about the description of the effect. 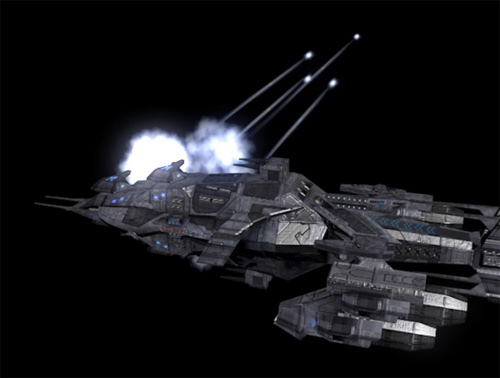 To create a workable Unity version of this effect, I spend a lot of time on conceptualizing the particle. I separate the effect into its component parts – central muzzle flash, smoke-like particles, decaying muzzle flash, and create the required textures (though sometimes, Alex gives me a set of textures to use). Then, timing work! This is often the most frustrating, as once a particle effect is finalized in the editor, it’ll often work out slightly different ingame – lots of tweaking is required. Eventually, I’ll arrive at something rather similar to the concept image, as below. Often we continue iterating on the effect, slowly improving the look even past the concept FX. 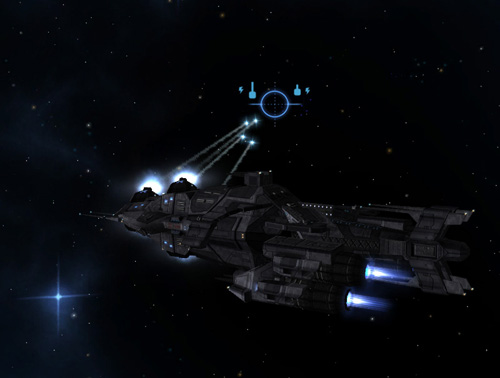 One thing we’re also doing is implementing fixed screen size for some particle effects. This means that they’ll be the same size onscreen regardless of where they are in the game world. For the Blackjack main cannons, I have a flash which appears small when the camera is close to the ship, but appears large when the ship is far away. This lets the player see when weapons are firing from ships at long range, and adds a sense of power to larger weapons. If you see a large muzzle flash from that far away, well, something large must be headed your way! It also helps when a smaller ship is firing from close range - gives a nice halo effect that’s quite pretty. 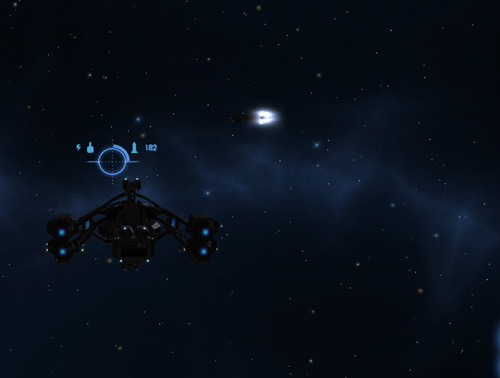 Effects can now have point lights as well at a relatively low FPS cost. We’ll mostly be using these on huge cannons for massive explosions and very shiny muzzle flashes. As with everything I’m building, the new Effects Fidelity setting that we have allows me to degrade the effects (no point lights except on Highest) according to the setting.Effectively (pun intended), any effect you saw in the demo is getting redone in some way. One of my key goals for the new version is to fit every weapon with unique projectile, muzzle and impact effects. This not only looks cool, but adds specific visual cues to weapons whether you’re firing or getting hit by them. Here’s a quartet of new effects, from a new impact effect for the Vegas pulse, to a missile hit effect, to a new muzzle flash, to the heavy impact detonation and shockwave from the Blackjack’s main guns. 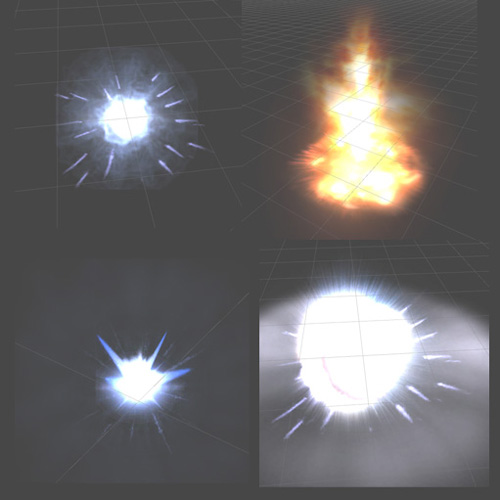 In addition, more effects in general are being added to improve the look and feel of contact. We have new shield hit effects, new engine flares for missiles, and other such pretty things!Mostly we’ve been developing the EMPOL effects for now, but I’m excited to tackle improvements to the AIAD weapons next. See you all next week!