From March 21-24, pay what you want for 'Space Pirates and Zombies', with beat-the-average bonuses. 10% of all sales will go to Child's Play charity.

Featured Charity: Child's Play
10% of all sales generated by this deal will go to Child's Play.

"At its core, Space Pirates and Zombies is an action based, skill oriented, top down space combat game. It’s similar to the ones we knew and loved in years past, but now using full physics simulation and modern graphics for those oh so pretty explosions. But as you dig deeper, SPAZ becomes much more.

Instead of flying a single ship, you are in charge of an ever growing and evolving fleet, unlocking the rich tactical elements of SPAZ, all accessed at the touch of a button. Issue orders, change ships, apply fleet AI settings, all on the fly. At any moment the battle can change, and the Tactics Panel gives you the tools to make the battle turn in your favor.

As a layer on top of the action and tactics, we have a detailed technology and levelup system akin to what you would expect from an RPG. Learn to build new ships by destroying your enemies. Explore the galaxy to find components, use your hard earned research points to unlock their potential, and then customize every aspect of your new fleet.

Finally, there is the universe in which all this strife and adventure takes place. SPAZ features a persistent randomly generated Galaxy populated with story elements, factions, enemies, missions, items, to provide you with a unique experience each time you play. While you are struggling to survive, uncover the secret of an ever expanding Zombie infestation that spreads by establishing its own real time multi-tiered ecosystem." 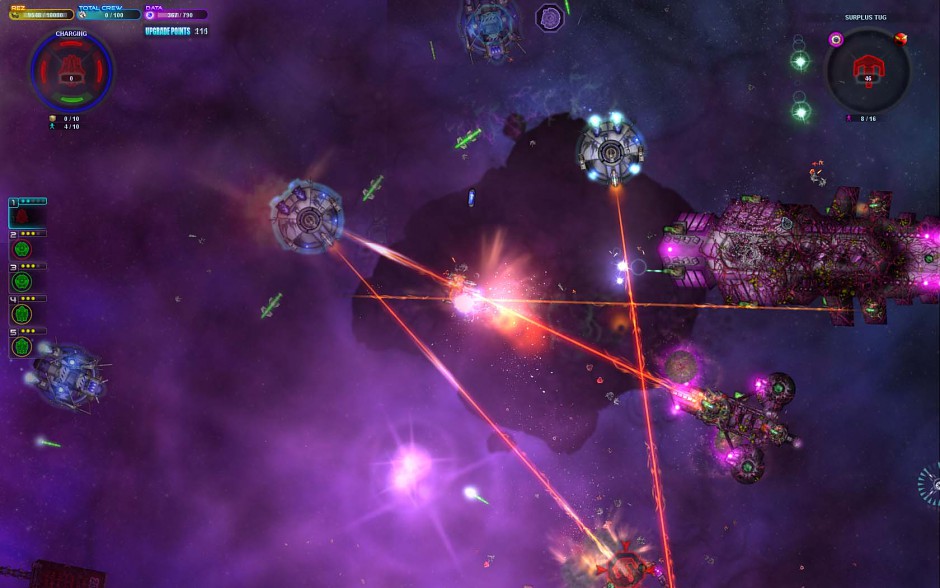 Everybody owns this, but still a fantastic game imo and a must buy for non-owners. imo, a really good feature!

Game is tons of fun, a pity they don`t give the Desura key though...

All the dev would need to do is request Desura keys too, but they apparently didn't plan to and the IGS staff is prob too busy at PAX to email them about Desura. Maybe down the road we'll get them (like in a week) - maybe.

Why no Desura key! It seems really strange that this article is associated with the game's Desura page when a Desura key isn't included...

Ahh... that makes sense. If the developer has forgotten about Desura enough to not add keys then it makes sense that they also wouldn't have signed in to approve this article. I didn't realise it hadn't been published, I guess I can see it because I'm a member of the group.

Developer had nothing to do with it. It's still PUBLIC, to anyone visiting our group or the game page, but it didn't get shown on the Desura homepage. Is what I meant.

It showed up there for me. That's how I got here a few days ago. I'm assuming it showed up for me because I'm in the group. That's what I meant. :P

Who publishes it if not the devs?