Music has been added to the title screen and tutorial. It uses a partial loop of the main theme that plays during actual gameplay. Also, sound effects have been added to most actions in game, such as hacking computers, freeing the jail, registering controllers in the main menu, opening doors, and swinging the defender's baton. 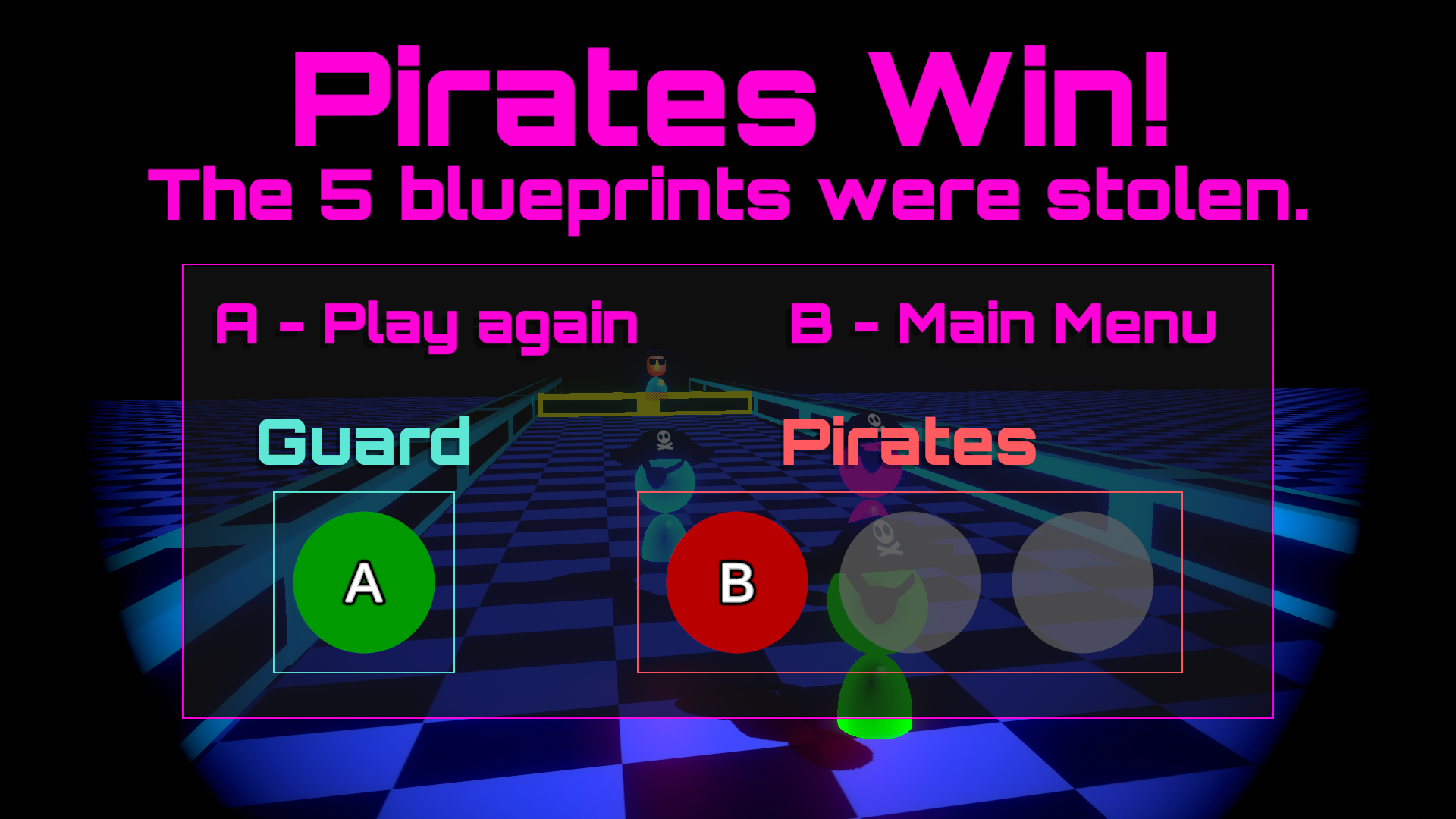 In earlier builds, the game would instantly take you back to play another round. This wouldn't work for the final build because people at the showcase would be constantly cycling through each game, and we needed a way for them to go back to the tutorial. Having a screen after the guard/pirates win adds some flair, and voting on what to do next lets them decide if they want to play another round or let other people play.

The original dash mechanic was pretty useless for the pirates. You could use it once for a burst of speed, then it took ~10 seconds to get off cooldown. We found that it was almost never ready when attackers needed it. When it was ready, attackers would usually dash into a wall and lose all momentum anyway. The sprint lets them use it more often, and it refills stamina over time.

All Pirates are Freed at Once, Unjailed Pirates Spawn Near Rescuer

This was just a piece of feedback we got often. Pirates expected everyone to be unjailed when they freed the jail. Also, pirates would be freed in an arbitrary location to the right of the jail, regardless of where someone freed them. This was disorienting. To make the game conform to player expectations, we made it so they would all be freed at once, next to the person who freed them. 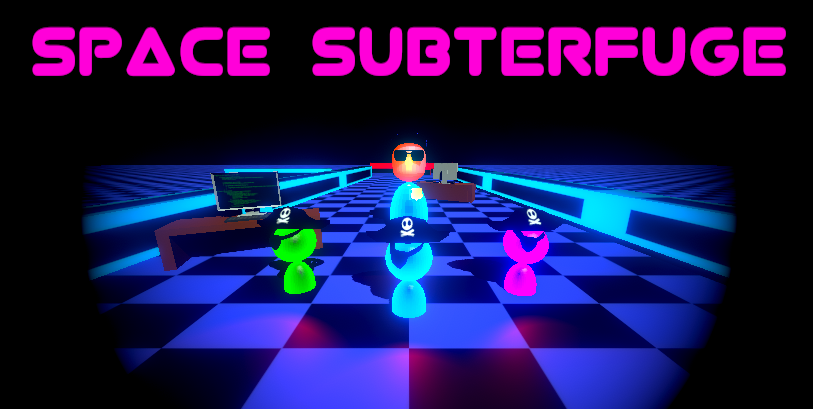 We added a moving camera and zooming text to make it stand out. We wanted it to look more professional than the plain blue background and default text/buttons used in earlier builds.

We changed the default Unity fonts (Arial) to ones that fit the sci-fi space theme better. The two new fonts can be seen in the previous screenshots.

Dash has been changed from B to X since it's easier to reach with your thumb. Unjailing and hacking computers was moved from X to A. This means that all interaction with objects (jail, button, computer) is now done with the A button, which is easier for attackers to remember. 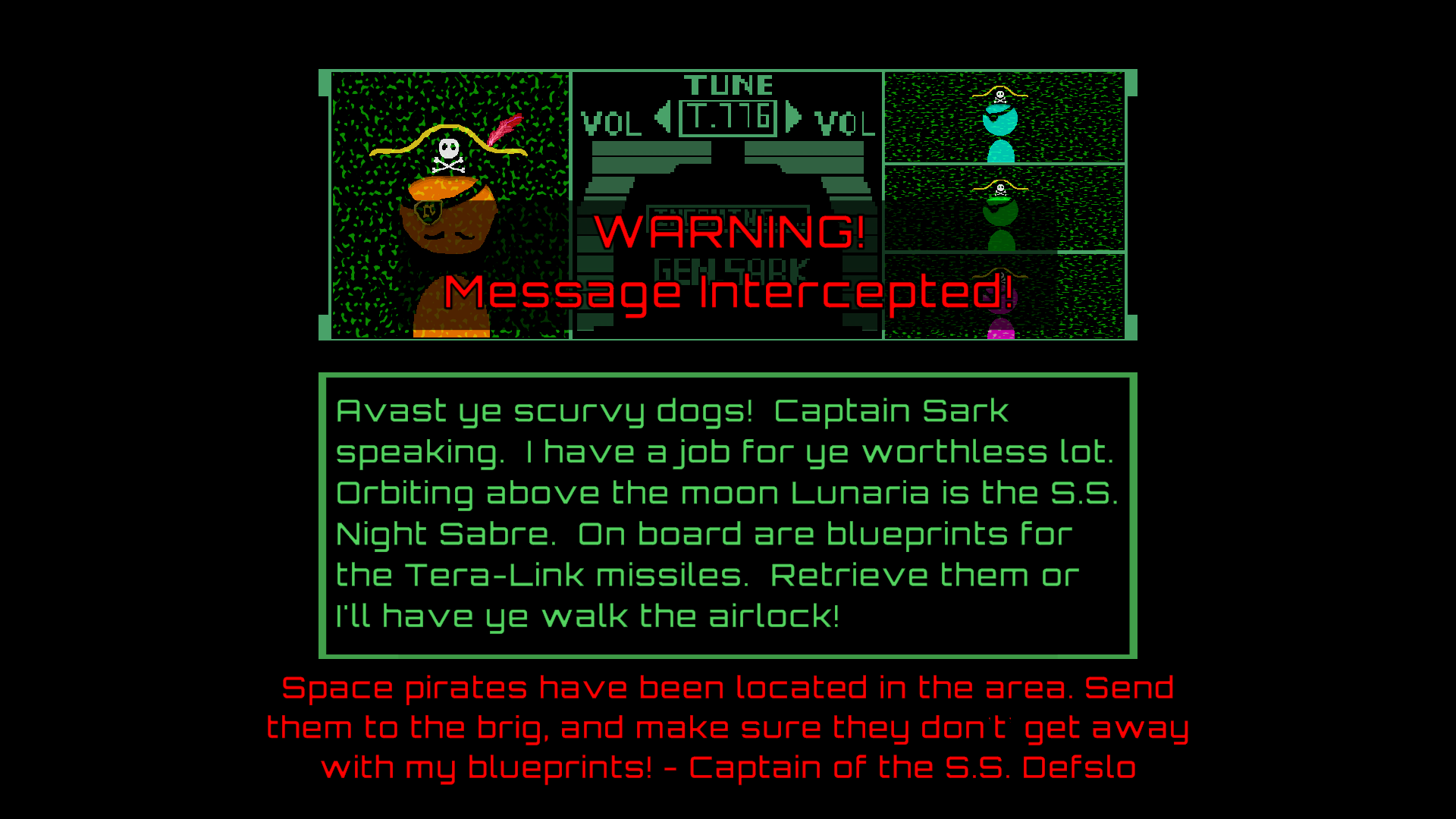 Players were sometimes confused about what their goals were. We added a lore scene to explain the scenario and set the stage before gameplay. Hopefully it will help players understand their goals.

The hitbox of the guard's baton has been reduced by 33%. The pirates felt it was unfair since the instant the defender was visible, they were almost in range of the baton. Reducing its size gives the pirates some more time to sprint away. 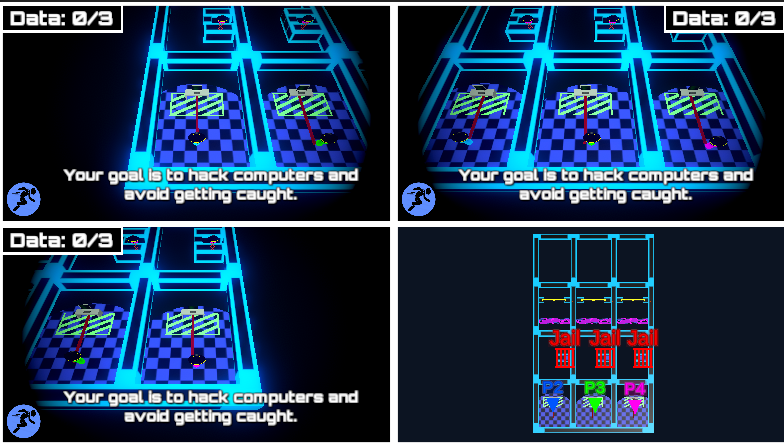 Players and instructors hated the original placement of tutorial text which was right in the middle of the screen. It was on the seam between the windows, and the color was very difficult to read. We put the text in each window now. It's smaller, but closer to the attention of each player. It's also on a darker background so it's easier to use. We moved the data counter from the minimap to the top of each screen for the same reason. 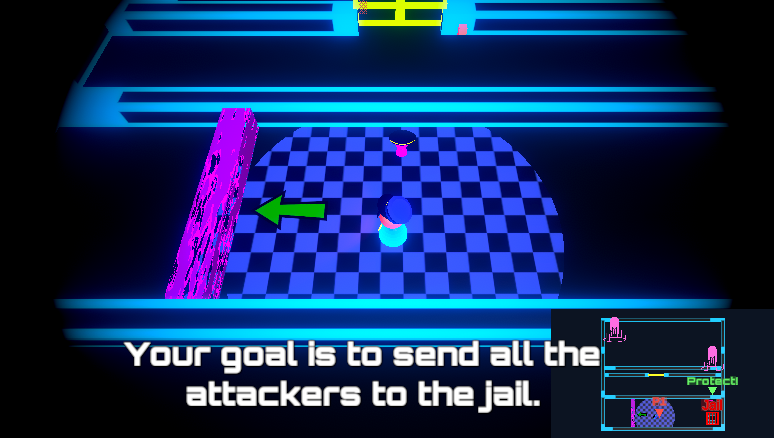 Players said that the forcefields were an interesting mechanic once they knew what they were. However, they weren't introduced anywhere and many thought they were something dangerous to avoid. By forcing players to go through them in the tutorial, we thought we could show their function without using any text.

The graphics of the pirate used to move independently of the jail, and players were unsure if the defender's attack connected. Now, they are correctly positioned inside the jail cell.

The defender was made slightly slower since they were a bit overpowered at our lastest playtesting sessions. Their base speed is still higher than the attackers, but the attacker's dash is much faster than the defender.

The game is finished! We don't plan on adding anything more to the game. We do intend to make the code public and open source on Github, and will be putting it up on our itch.io pages and portfolios. Thanks for playing and following the development of Space Subterfuge!