Welcome to another quick devlog! In this one, we will mainly share our latest graphical changes and the new pirate system. 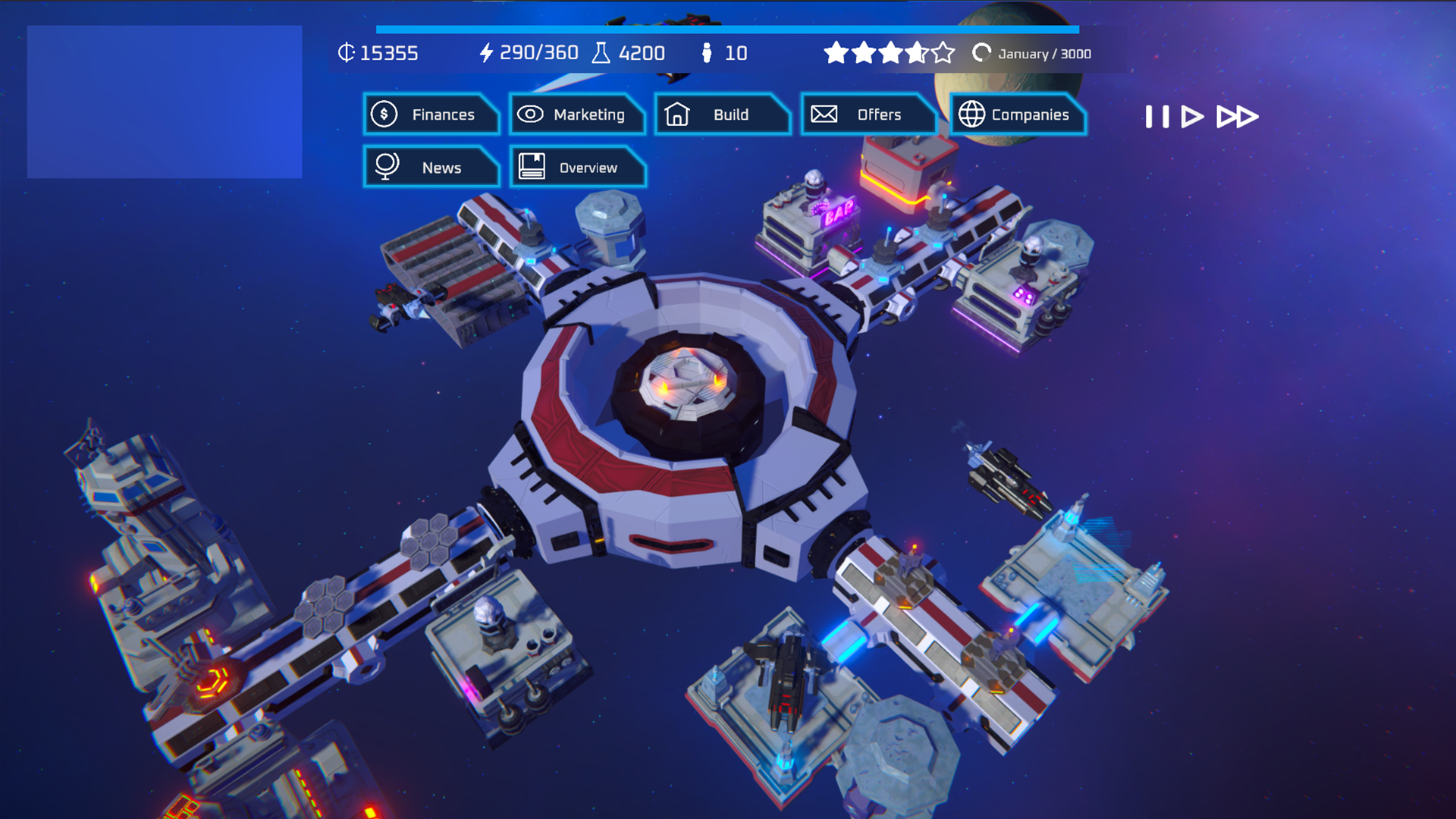 We remodeled some of our assets to make them more detailed and suitable for materials. You can also notice that the skybox has changed as well. 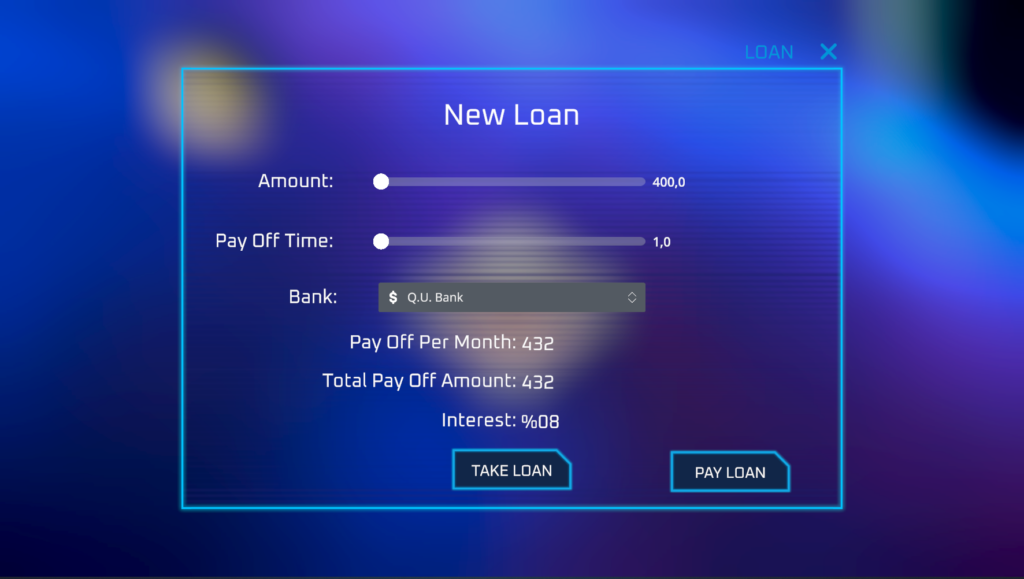 Here’s a look at our new loan panel. The old loan system used to be just picking one of three loan options, but now you can customize your loan however you like.

You can even pick the bank you want to work with. Different banks offer different interest rates for different pay-off durations. These banks are companies just like any other company in the game, so that means you can trade stocks and even increase your relationship with them to get better deals. 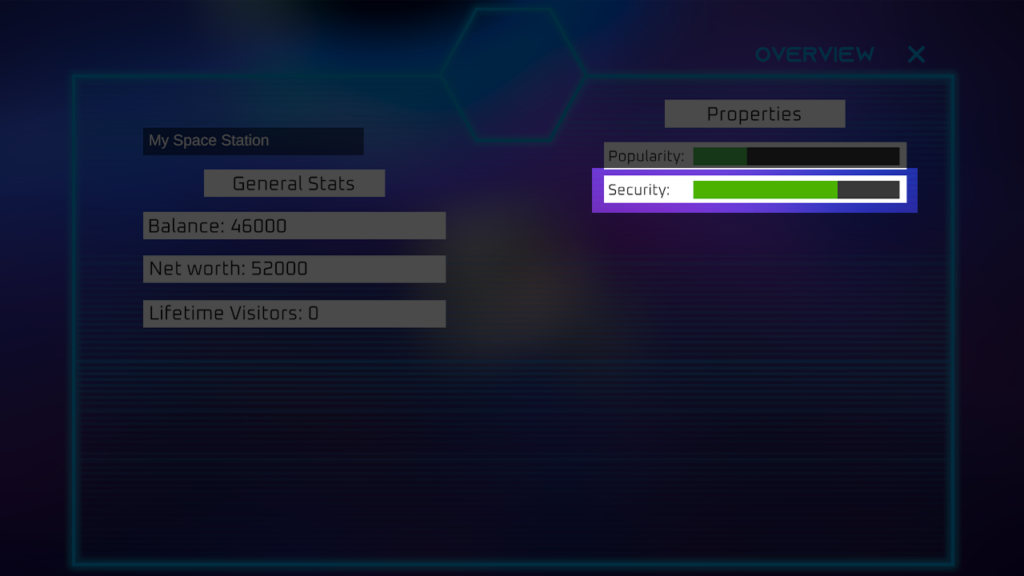 Your space station now has a “Security” attribute which affects how often some events will occur. Some of these events include; pirate attacks and police scans.

Pirates usually travel in groups of 2-4 and attack low-security space stations. In case of a pirate attack, you will have the choice to either pay them money or let them attack your station.

Pirates will attack random buildings. You can repair these buildings after the attack (if they’re not destroyed).

We believe that this new hostile side of Space Station Tycoon will offer much new stuff to take into consideration before making a decision. 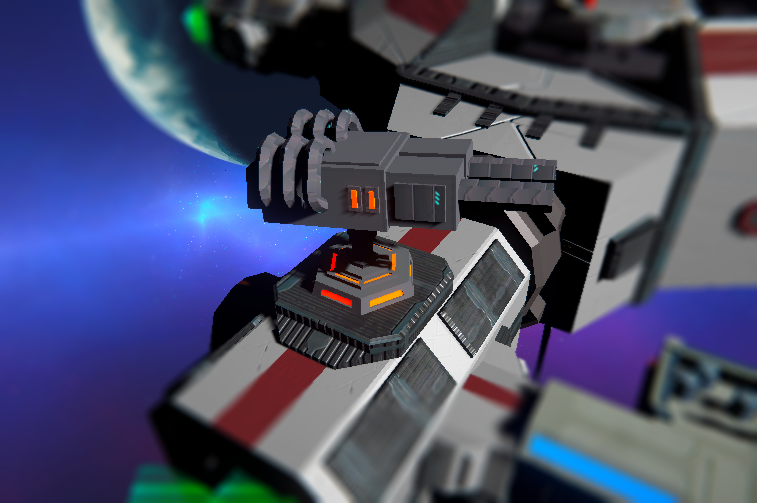 To help you fight these space thugs, we will also be adding a series of defensive buildings to the game, starting with a basic turret.

The turret is a roof module, meaning you can only place it on top of your corridors. These turrets will start attacking at the nearest threat. They require huge amounts of electricity to run, but they increase the security level of your space station drastically.

You can also upgrade your turrets in many ways, including fire rate upgrades, damage upgrades, efficiency upgrades, etc.

We’re also working on some other technical stuff like AI and pathfinding systems, which we think are crucial to the game. The first objects to make use of our new AI are the police and the pirates.

To make sure that these units don’t crash into buildings or one another was no piece of cake. We had to write our own pathfinding algorithm and cover the whole scene with some sort of a navmesh object.

Our current pathfinding system is really efficient and fast, but it can be better. We will keep working on these subjects to make sure they are perfected.

Thank you so much for your overwhelming support! If you want to join our community please consider checking our Discord server out.

Check out the game on Steam. Wishlists are highly appreciated.