Post news RSS Space Disorder 1.2 is out with new controls!

Free coins, new controls, more Techno Points... Check out what improvements have been implemented based on players feedback. 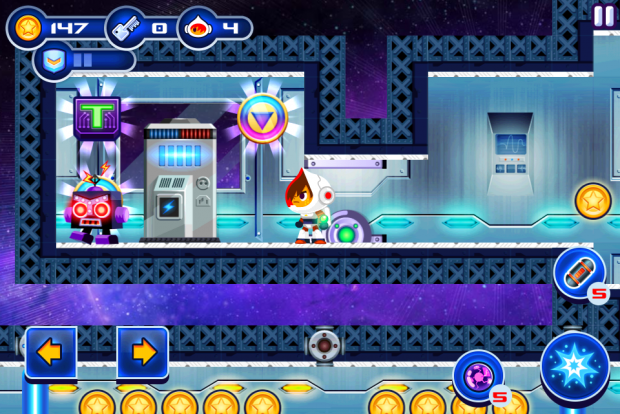 I'm pleased to tell you that the 1.2 update of Space Disorder is up on the App Store including improvements asked by the players.

Secondly, it's now possible to pick up Techno Points inside the levels. So it's faster to collect them and upgrade your character.

And finally, you'll get 2000 free coins ($1 value) by downloading or updating Space Disorder (which is already free).

So it's a good opportunity to give Space Disorder a try!

I'll be waiting for your feedback!