Lots of coding has been done this month. Have some new GUI screens, backgrounds and fanarts!

This month turned out to be more of a coding month than a script-writing month for me.

After countless, sleepless nights of trying to figure things out, I'm proud to say that I managed to put together and code most of the GUI for SoulSet together - our Start Menu, Save/Load screens, Settings, Yes/No prompts, Galleries and a Log/Text History screen (in which I still need to figure out how to delete the default Ren'py menu, because I swear it's not supposed to be there). I also managed to add an animated, pulsing icon for indicating that the text can be advanced. You can't see the animation of it on the screens, but believe me, it's blinking! 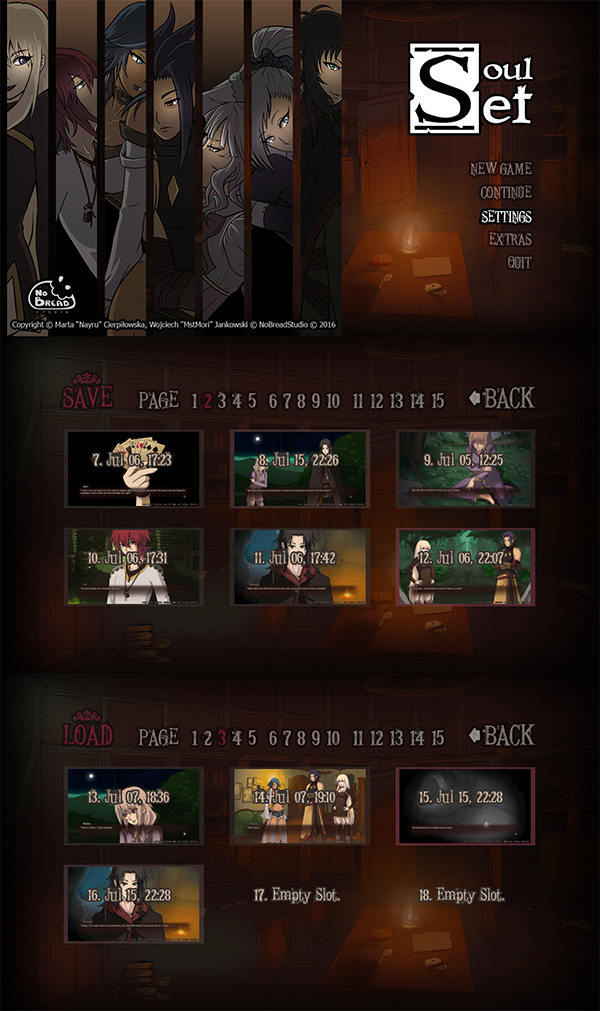 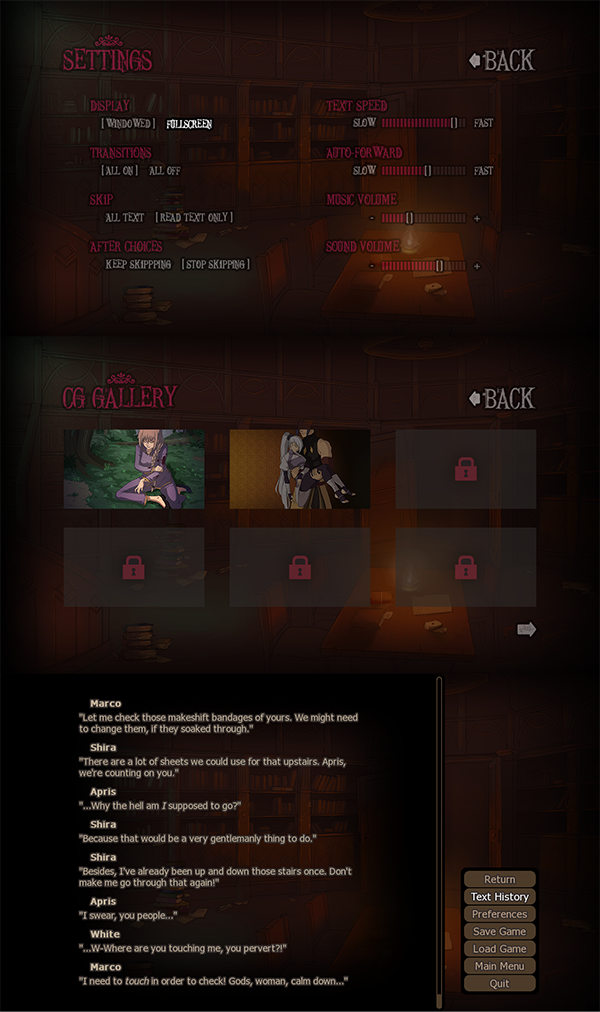 And while I already mentioned Galleries - SoulSet is officially going to have a total 3 of those. You'll be able to access a CG Gallery, a Background Gallery and an Ending Gallery, which should be ideal for keeping track of the endings you've seen and how many more you still have left to witness.

(All of the art and endings will unlock only after stumbling upon them in the game, of course.)

I also converted all of the character sprites into their .png forms (drawing them is one thing! Saving them on your drive for proper use is another!) Along with all of the sizes, outfits and different expressions, it ended up being over 2000 files. After coding them into the script, along with their blinking animations, it turned out to be almost 15k lines of code for defining the sprites alone. For reference, that's ¾ of the size of our demo. Something at the back of my mind is telling me that I might have overdone it a bit...

Speaking of sprites - we decided to change the sizes of the default ones a little bit. In the demo, the characters were shown from the waist up; now we'll be able to see a portion of their thighs. This decision was mainly influenced by the addition of towel sprites, since it seemed like a waste when those were cut-off too high. 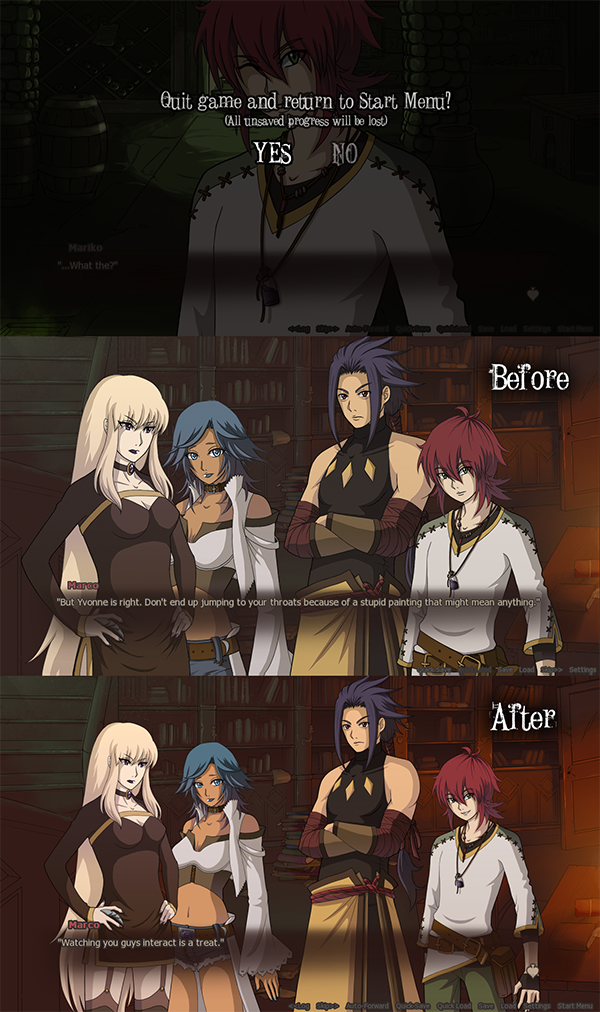 In terms of GUI, all that's left for me to do is design and code custom choice buttons and then add all of the Gallery items, once I place them in the actual script. I didn't manage to make much progress with the script itself while I was busy with coding, but I'm already on 90% of Shira's Bad Route at this point of writing.

MstMori and Marcianek have been continuing work on interior and exterior backgrounds, respectively. We decided to re-draw some backgrounds from the demo to keep things more consistent with the newer versions for the full version of the game, so look forward to those! 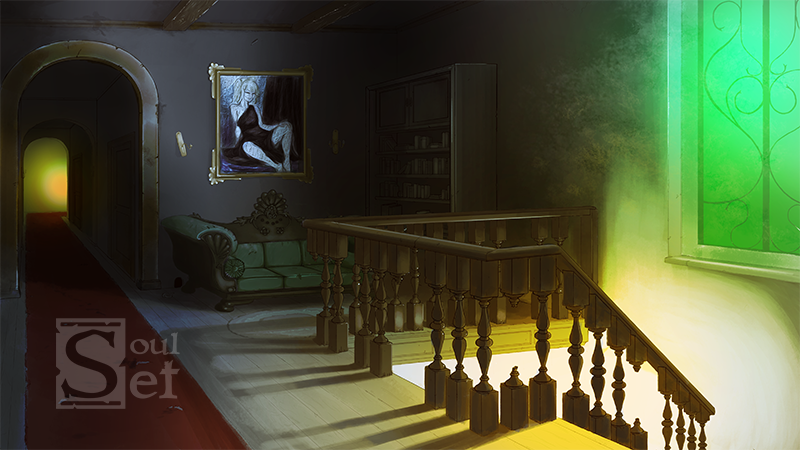 Lastly, our dear supporter and songwriter Teofilo has been to Anime Messe Berlin this past month and he commissioned some wonderful people for SoulSet fanarts! Thank you so much, Teo, this made us really happy! 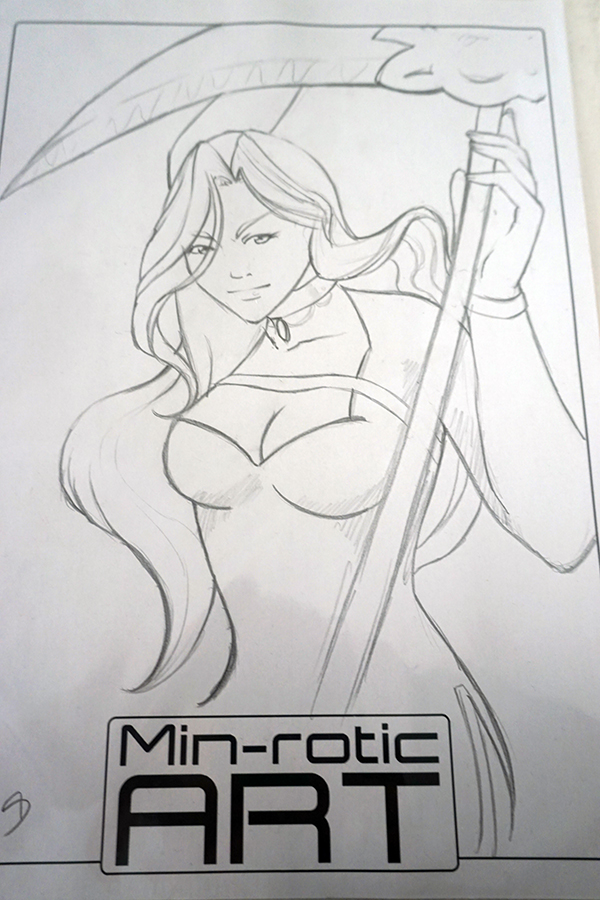 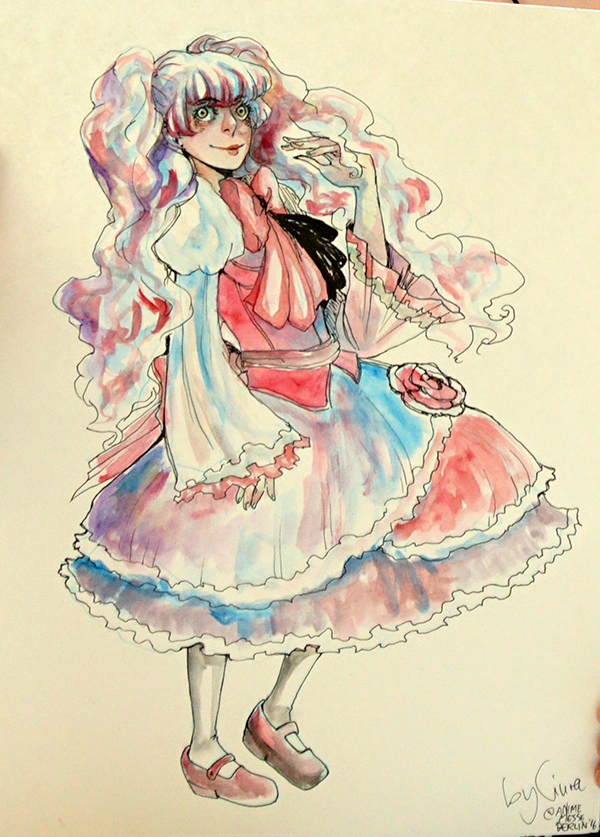