Greetings fellow gods, It's hard to believe it's February already, but we're finally here, with the second major update to Soulash. The main goal, as many of you know, was to add the rest of the editors, mainly ability and animation editor into the game, as well as allow editing of races, professions, and assets.

It's hard to believe it's February already, but we're finally here, with the second major update to Soulash. The main goal, as many of you know, was to add the rest of the editors, mainly ability and animation editor into the game, as well as allow editing of races, professions, and assets. 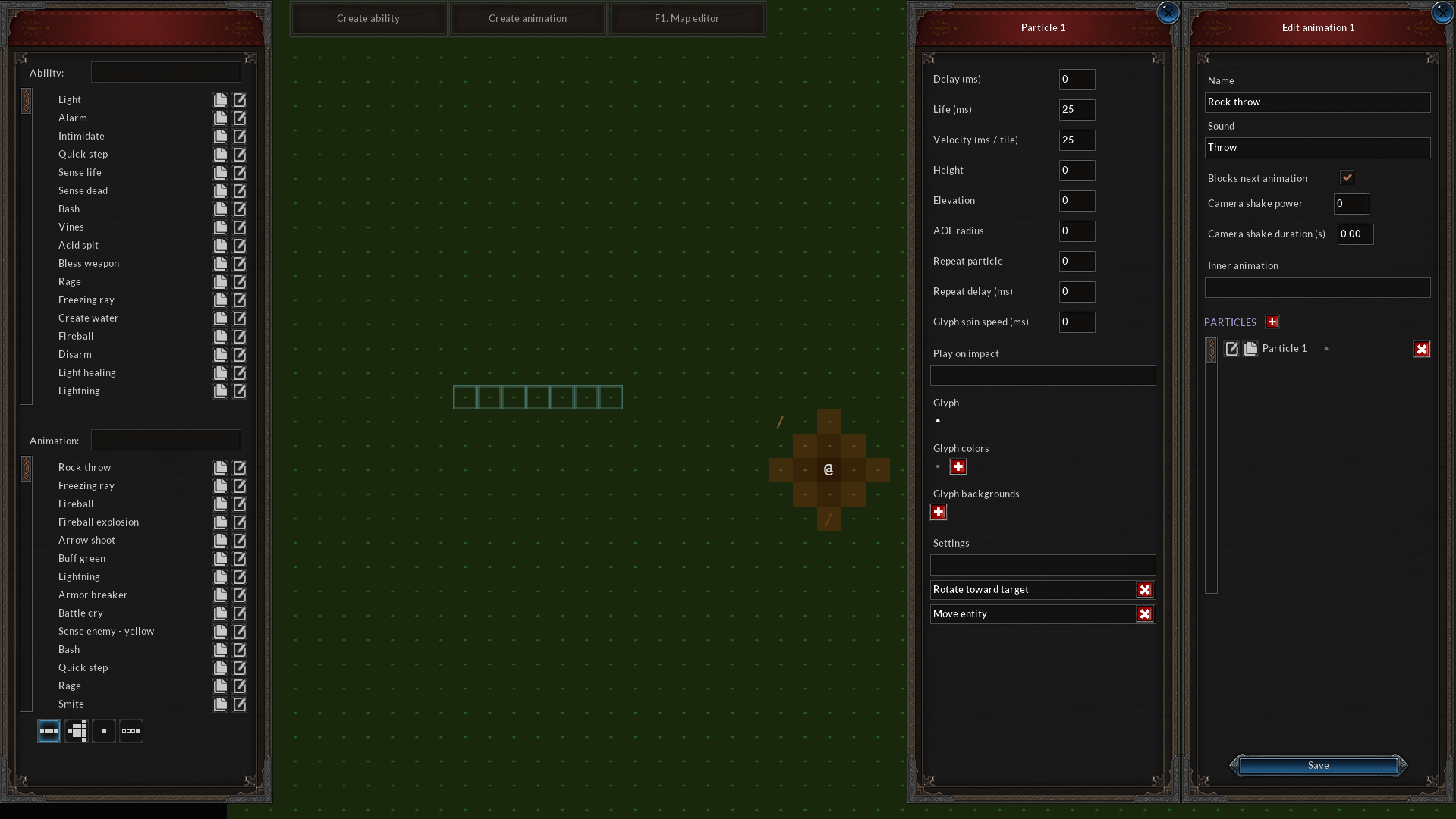 I've been able to squeeze in a couple of other significant changes to the game, and a decent chunk of new content to improve replayability. One of these changes was the addition of cooldown mechanics to most of the existing abilities. This change makes the combat more tactical and balanced, as some skills were way too powerful when spammed. This change will also keep lower-level abilities relevant throughout the playthrough. I've rebalanced all of these abilities to have more significant effects. If you like to play a caster, don't worry. There are still a couple of early game abilities like firebolt that don't have cooldowns. You won't be forced to swordfight unless you want to have a hybrid build.

I've added a couple of new maps, enemies, items, abilities, and some new starting locations. Most of the maps and enemies are alternatives that may be used during world creation. As we all know, in a roguelike, the most replayed part is the early game. Most of the improvements were focused there, and I'll continue to improve replayability in this part over the next couple of patches.

If you would like to play through the new content, you will need to start a new game. Old saves should still function if you would like to continue them. New content rarely affects existing save games as it's mostly used in the world-building process.

I'm in the middle of documenting the mod editors, as well as JSON files here. There's a lot of stuff to describe, so please be patient, it will be there. If anyone would like to help, the documents are public, so feel free to add what you discover. It would be awesome to have an early game guide from some of the experienced players out there.

Lastly, there will be some changes to the plans related to v0.5. I'll have an announcement before the end of the month, but in short, I'll delay building mechanics until a later patch, focusing on more meaningful changes first. What it will be, I'll let you know very soon.

Added
- Ability and animation editors.
- Moddable races, professions, and tags in the JSON file.
- Moddable assets in the JSON file.
- Support for base abilities that can be added to all starting characters independently of the profession.
- Support for many ability effects like stun or corruption to work with area abilities.
- Cooldown support for abilities.
- Sliders to select inputs in editors.
- Music selection input for the map editor.
- 22 new abilities.
- 17 new region maps.
- 19 new enemy groups.
- 14 new enemies.
- 20 new items.
- 4 new minibosses.
- 3 new starting locations.

Changed
- Improved buff/debuff ability mechanics, instead of blocking the cast when effect exists, recasting the ability resets the duration.
- Improved the looks of various inputs in editors.
- Copy color in entity editor works with openable if it's selected.
- New entity creation begins with the name component already selected.
- Multiple item damage/protection rebalancing, mostly to make some items a bit more meaningful.
- Replaced first Nomad ability, Pierce, with Chain Slash.
- Rebalanced many abilities around the new cooldown mechanic.
- AI entities learned how to use a buff and heal abilities.
- Rebalance changes to multiple enemies and items.