Soul Saga's 9th official update! This article is loaded with recently implemented game design decisions such as the item and skill system, debuffs, and the active defense mechanic. Tell me what you think and what you want to know more about!

It's time we sat down and had a long chat, friend. A very personal chat. Don't give me that look! You know what I'm talking about...

That's right, Items!
I'm a little tired of items being the exact same concept in EVERY game. Seriously, as if deciding whether one number is bigger than another is a strain on our intelligence. If there's only one thing you know about Soul Saga, then let it be this: Soul Saga is different.

I mentioned in a Dev Diary a while ago that I had implemented the item system. While implementing the inventory an idea sparked in my head...

What if the item's WERE the skills?

I thought about it for a little while then quickly realized that I loved the idea. A system where you don't just pick the best skills and the items with the biggest numbers. Soul Saga's system urges the player to be constantly making the decision of whether a higher stat item is worth the upgrade considering the new skill attached to it. For example, take the two tooltips below as an example: 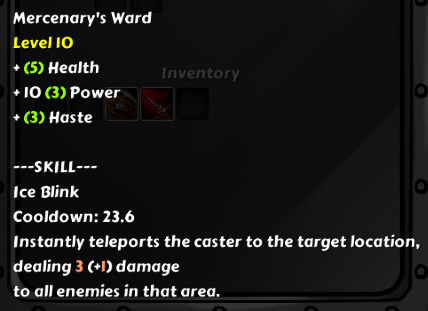 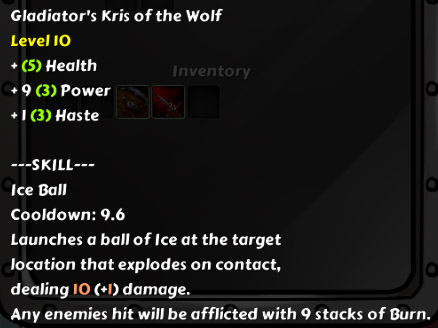 Both items have relatively the same statistics. 1 power won't make much of a difference. However, the skills attached to each have night and day differences!

The item on the Gladiator's Kris is a ice ball that deals AoE damage near the first enemy it hits, and then applies 9 stacks of Burn. This burn increases damage taken by all these enemies by 4.5% for 5 seconds. This burn effect can be refreshed by another skill that applies burn, and it will also increase the effect.

Now you must make the decision of which you need more: the utility of blink, or the increased power of the ice ball.

This new system adds an extra dynamic to the strategies you'll create while building your character, and will constantly encourage you to think fresh as new skills enter and leave your arsenal. You can't hold on to this level 10 blink forever when you're finding level 50+ items, so you may eventually find yourself without the blink skill!

Why yes, Soul Saga DOES have debuffs now! I'm not a fan of complicated debuff systems, so I streamlined the types of debuffs in Soul Saga into just 5. This is subject to change later if I feel like there's a good reason to add more, but for now these 5 debuffs encompass reducing the effectiveness of the 3 base stats: Health, Power, and Haste.

Silence - Can not cast skills during the duration.

Stun - Can not take any actions during the duration.

**Different skills can apply different amounts of Burn, Slow, and Weak debuff stacks. Each time an application is applied, the cooldown on the debuff is refreshed (currently 5 seconds). There is a current cap of 50 per stack.

The Best Offense Is A Good Defense 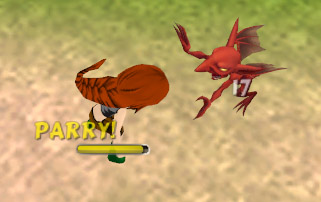 I am a big Super Smash Bros' nerd, and I always wanted to implement a similar fast paced and skill-centric blocking system. So... I did just that! You are now able to block by simply right clicking at any time. Blocking allows you to absorb all incoming damage, but your shield's power drains as you hold it. When blocking you will also see a meter of your shield's remaining strength below your character.

**When you parry incoming damage, it means you take 0 damage!

There are also passive skills that strengthen your shield in interesting ways. For example, one of these skills is "Reflect". When not on cooldown, this skill will reduce the damage taken by the next blocked or parried projectile, and reflect it back in the direction it came from. The reflected projectile will then damage enemies in the same way it would have damaged you.

I'm Glad We Talked, Friend
Whew! That feels great to get off my chest. How are you feeling? Let me know what you think by tweeting, facebooking and google plussing! Your words inspire me to keep my 13 hour a day, 7 days a week schedule to get Soul Saga into your hands fast! I'll also be launching a Kickstarter in April, and I'm taking requests of things you'd like to see during it! =D

very nice update. I really like your stats idea pertaining to items and weapons. Upgrade your items to upgrade your character... awesome!

Thanks booman! I haven't seen the concept done before, so I really wanted to try it out.

It came to me when I was planning how to program skills to be equipped like items, then I just thought "you know what a cool idea might be...".

I definitely want to hear your opinion once you get your hands on the beta. Working with new systems is a territory that requires a lot of balancing and views from different angles!