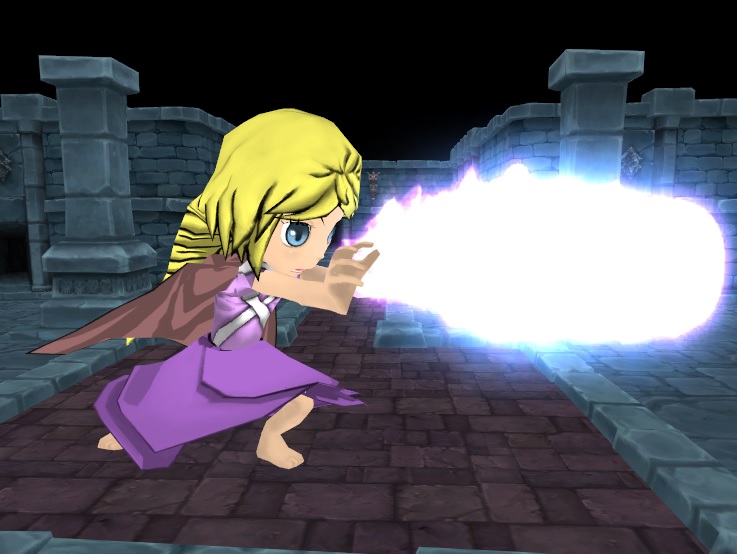 This past week I worked a little bit on polishing up some video footage, and then sent it off to the video producer. I spent the rest of the time writing Soul Saga related story and dialogue.

I was recently motivated by the successful Kickstarter of another action themed anime game, Cryamore. One thing that really struck me as surprising was the impressive voice talent they have. I'm now in contact with some voice actors to see if I can get voice overs for Soul Saga's characters! If this works out I think it would add a whole new level of production quality to Soul Saga that I never imagined.

As most people can probably tell though, I'm picky. This will be especially true with voice overs, since the wrong style can completely ruin a good story. But the right voice actors can make an interesting story even better! If I think I have found the right people to get the Soul Saga story across then you'll be seeing examples in the Kickstarter. =D

Soul Saga's code is at a safe place to leave it for now, so I'm going to continue working on the story and dialogue this week. It's important I have the final drafts the dialogue and story before I continue doing much more.

Being picky about voice-overs is very good for a Developer. Gamers can always tell when an actor isn't very good at voices-overs. Its just obvious because they don't see real.
I can imagine its pretty hard to give a voice performance that sounds natural and fitting to the character.
Keep up the hard work!

Hey Booman =) Yeah, I can also imagine it will be extremely difficult to get the style right. The fear of the unknown difficulty level was what prevented me from even considering it before. I've never worked with VAs before, but then again there is a lot I've never done that I've had to learn to get Soul Saga done. Hopefully I can find something that works! =D

Worst case scenario is no voice acting and just get all the subtitles done for now...
I've played a few RPGs with voice acting and mostly skip the dialog to get on with the quests. So I never really hear all of the dialog anyways.
Even with Oblivion where the dialog and animation are beautiful, I still skip certain parts to move on.

Voice acting can always be added later on

Great! Good luck with finding the VAs. You're right about it adding to the production value.

Can't wait for this game

Thanks, Fully-Metal. =) I'm sorry there hasn't been a lot of ground breaking news lately for you. I'm going to post up another Dev Diary today that has a summary of the various things I've been up to the last 2 weeks in preparation for Kickstarter. The Kickstarter definitely has to go up this month. I can't delay it any longer at this point.