Lots of work done on Soul Saga today! The coolest addition is the implementation of the active dodging mechanic. 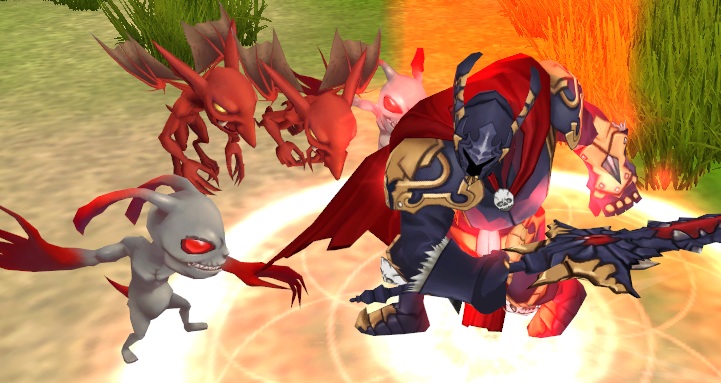 Today I finished my daily "Soul Saga: To Do List" pretty early, so I got to work on some other stuff as well. I first implemented active dodging, which allows you to quickly dash to a location at the cost of your shield's current durability. I can't explain how much more fun this makes the game!

Dodge's basic form allows you to quickly dash to a nearby target location at the cost of 25% of your current shield strength. This means that you can cast it up to 3 times in a row if you start at full shield. I was inspired to create this dodge mechanic when a friend kept asking me how he could move faster to get distance between him and enemies. I decided a strategic twitch mechanic should remedy this, and after showing it to him it looks like it did the trick. =)

The new active dodge mechanic inspired me to change how the Blink skill works now. Instead of being an on use ability, Blink is now a passive skill that transforms your normal Dodge into a short distance teleport. This means that equipping a blink skill will allow you to dodge any obstacles in between you and your target point, deal damage to enemies in that location, and double how far you can travel from a single dodge. This costs the same amount of shield as a normal dodge and has no cooldown.

The biggest thing missing in Soul Saga right now is goals. I'm noticing when I show the game to players that they like the graphics, they like the controls, they like the game design in general, but they don't really have a REASON to play. It's like asking people to test a car that doesn't drive. It may be pretty and have a comfortable interior and spacious cup holders, but if it doesn't drive you can't get realistic feedback on the actual experience.

Long story short: I plan on implementing a basic town and questing system over the next week. This will allow the testers to actually "drive" the game and allow for truly constructive feedback. This system will not sport the dynamic story engine yet, but it will be a good starting point for Soul Saga to actually feel like a game.