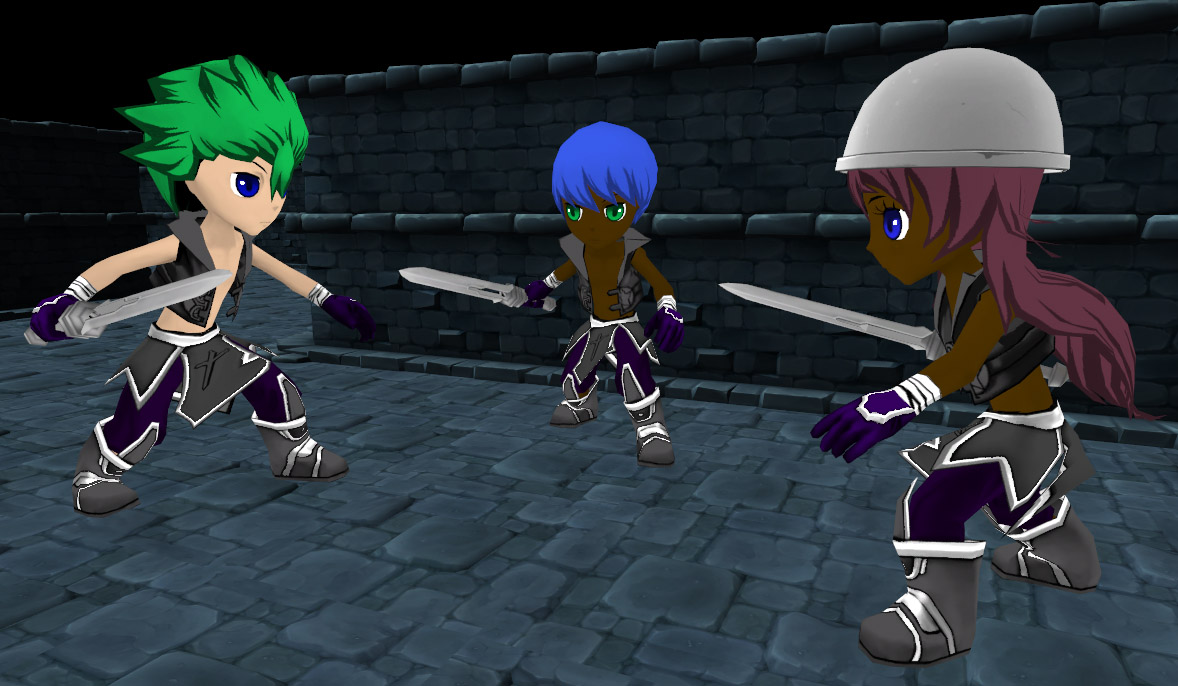 SUMMARY
Today was a good day for Soul Saga! I implemented a few skills, started getting the game balanced, added experience points, implemented health orbs, and several other neat things! The coolest of the skills today was the teleport named "Blink". This skill instantly teleports the caster to the specified location and then deals damage to the surrounding enemies after they appear. The skill shot's explosion now deals AoE damage at the impact location. Skill shots also now have a chance to be piercing when the skill is created, which means the projectile will go through all enemies it contacts, dealing damage to each one.

My friend Nozomi created an outfit for the dungeon bandits using the customization system, the results of which can be seen in the above picture. This shows off the power of Soul Saga's character customization system when taken through a procedural content generator. At the moment the Bandits' hair style, hair color, eye color, and hat are random, but their base outfit remains the same between them to show some unity. This is just touching on the simplistics of procedural generation in Soul Saga. Once more of the base game is laid out, I will be implementing more algorithms and possibilities for things like this so that the bandits have even more differences, but maintain a sense of uniformity.

TOMORROW
Tomorrow I will actually start to work on making the dungeon look better. If I have time afterwards I will start implementing the debuff system.

look amazing, When it begins the beta? or where i can download this awensome game!

Thanks emmancha! The beta will be right after the Kickstarter that I plan to launch next month. There will be a certain backer tier that will allow you to get into the beta right away. =)

The beta testing tiers will be a great tier for people who want to help shape this game. Beta testers will be able to directly communicate what they want to see changed, and I will do my best to implement those changes. =)