Project "Somnia" is nearly ready. Compared to Yume it is a nice small project. But why the heck the project Somnia? Do we really need just another launcher?

Project "Somnia" is nearly ready. Compared to Yume it is a nice small project. But why the heck the project Somnia? Do we really need just another launcher?

Somnia is focused on Yume. So downloading Yume tools, assets, and games will be the most important task. More than that I want to find the best assets for Yume Users and put them together into a single compendium. Of course, some of them have to be paid and some of them will be free. Personally I think offering a worthy collection of resources is the most important tool for a developer. To create everything on your own - it would be a lie.

Another impression for creating this launcher was a simple thought: Developers should get the possibility to offer their games for free. Without fees, or twisty agreement claims. Somnia will give developers this opportunity. Update your game profiles and games as you wish to do.

For Yume owners, it would be possible to upload a demo version of a game this week and upload another one next week. Gamers could even use their old save states. Of course, there are some restrictions. But I think an open game culture for game developers and gamers will be just a great thing.

After releasing the first version, every Yume Community User will be able to use the first open alpha of Somnia and gets some included applications/games. 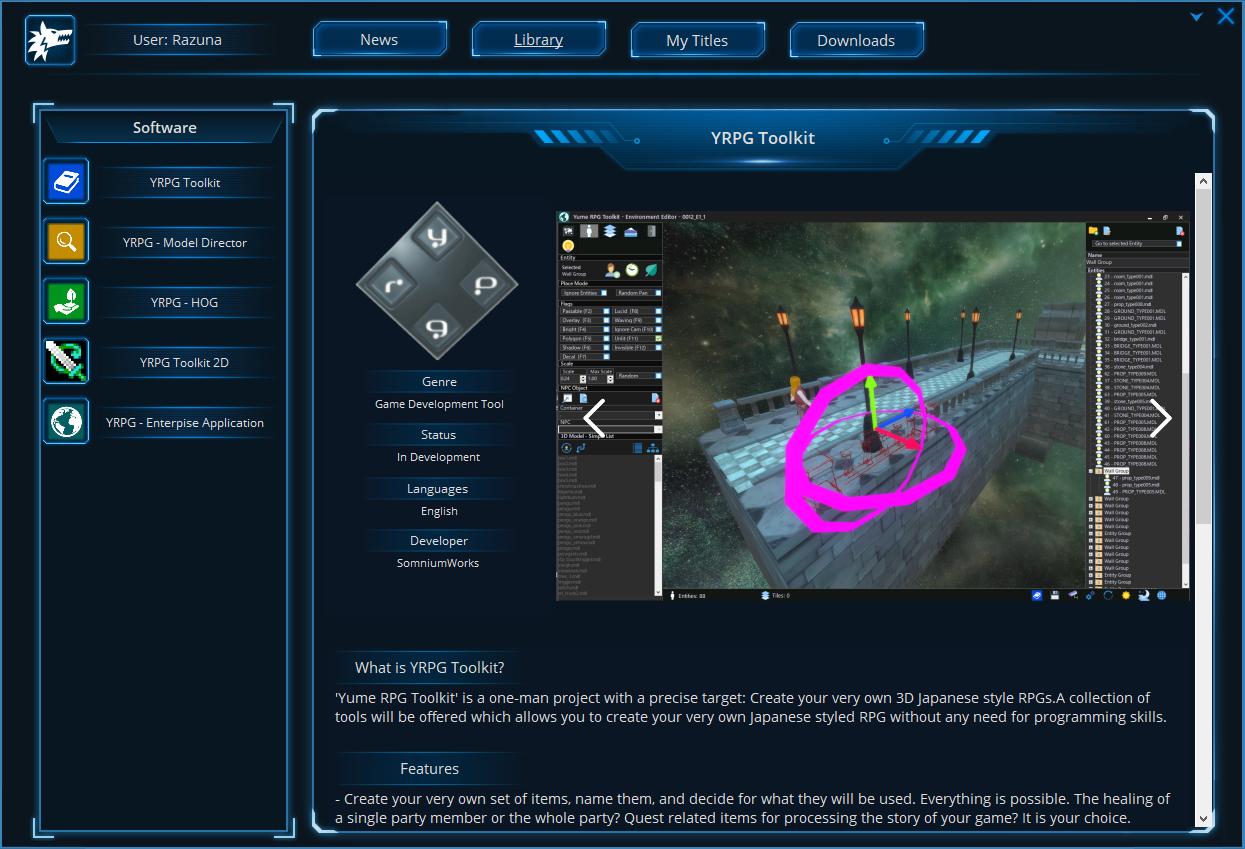