Time spent modeling divided among creating, editing, and optimizing models from an early to finished state

I am going to have these updates every once and a while. So I am going to warn you now. As much as I would like to give you awesome tings every time I update, that won’t always be the case. I spent a large amount of my time over the past few weeks creating nothing new. Creating nothing cool to show you. That doesn’t mean I am totally slackin’ off. Heavens no!

As we make things, sometimes they get changed. Sometimes they get scrapped. Sometimes we like them, and they need to be fiddled with. Or optimized. Or remade in a way that further facilitates later improvement/workflow. And as we are still in a very early stage of development, things need to made to work with our process.And this would have been one of those totally boring posts where I try to dredge up something interesting to show you. But I forget I started an early blocking of one of the industrial land transport vehicles! It may look a bit familiar. 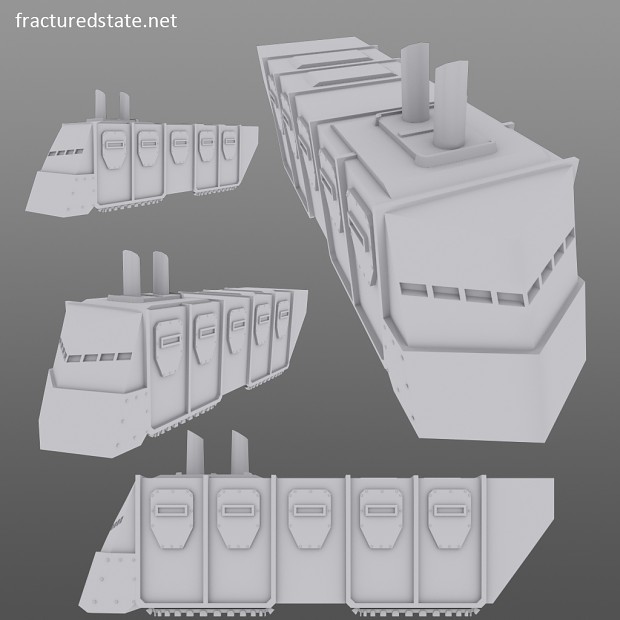