Did not expect myself we will do so much, lol. Enjoy some sweeeet screens. 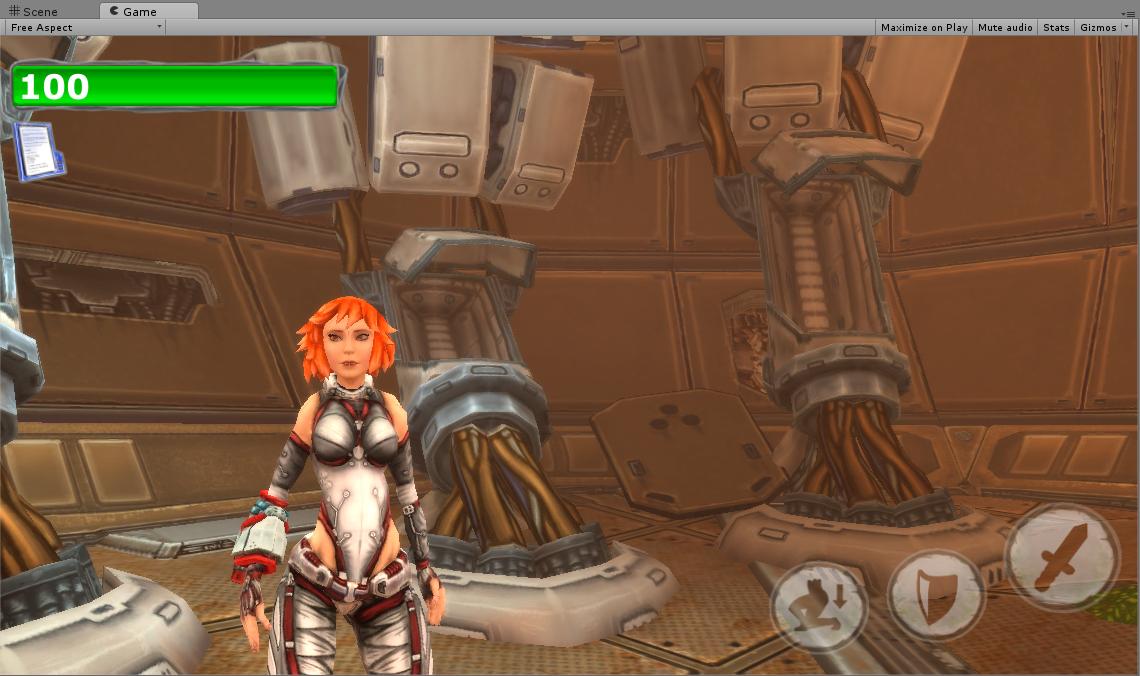 Could not thought that making an NPC to look at you would be a task for 10 minutes. Now we are being watched. Awesome, this adds a little to my paranoia. Dat ass, though. 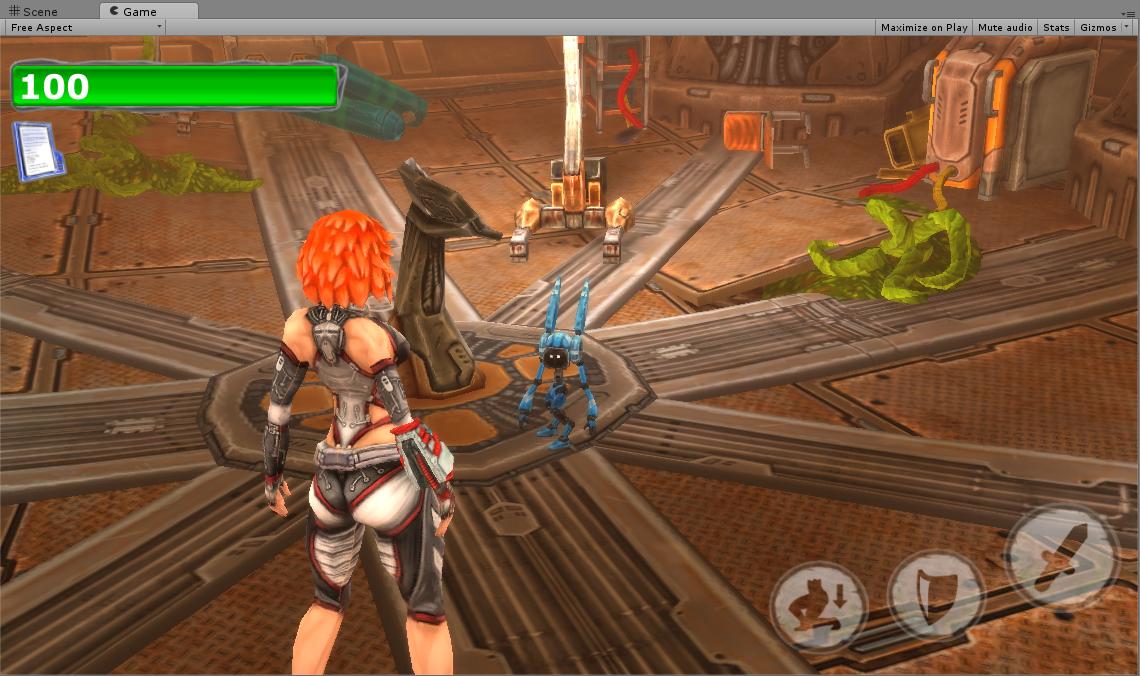 The dialog system is up and going, lol that was hard . Still not translated from Russian though. Dont bother reading, cyka blyat. 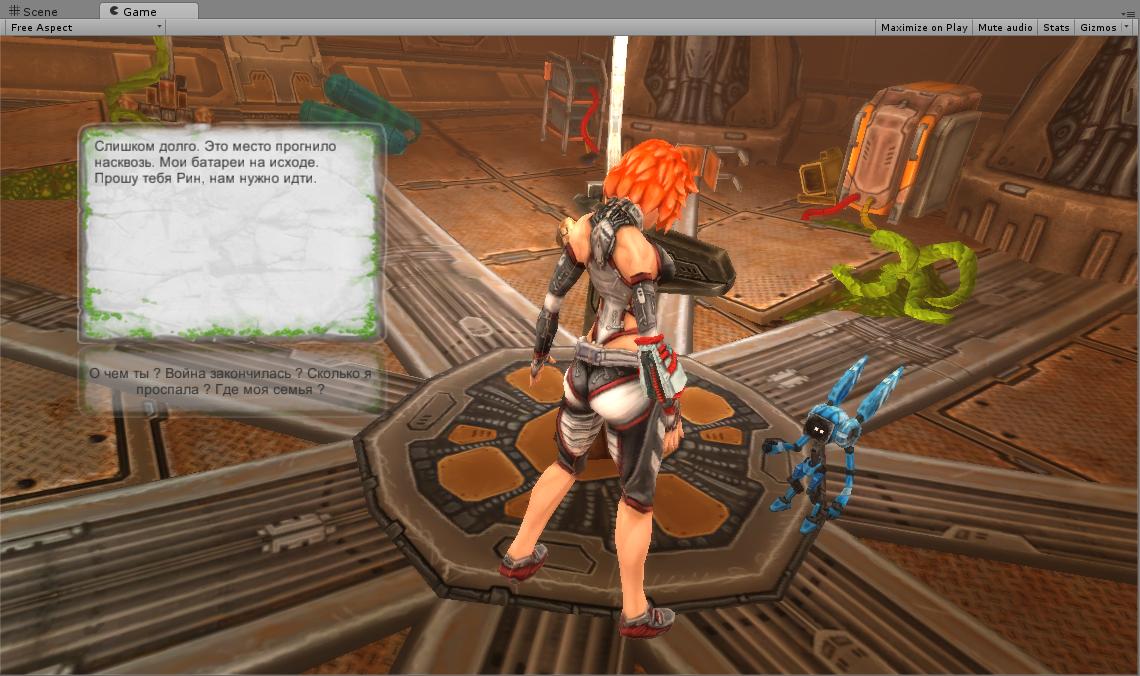 I like this NPC. I guess i take this one home. Wish this would also work with my love life. 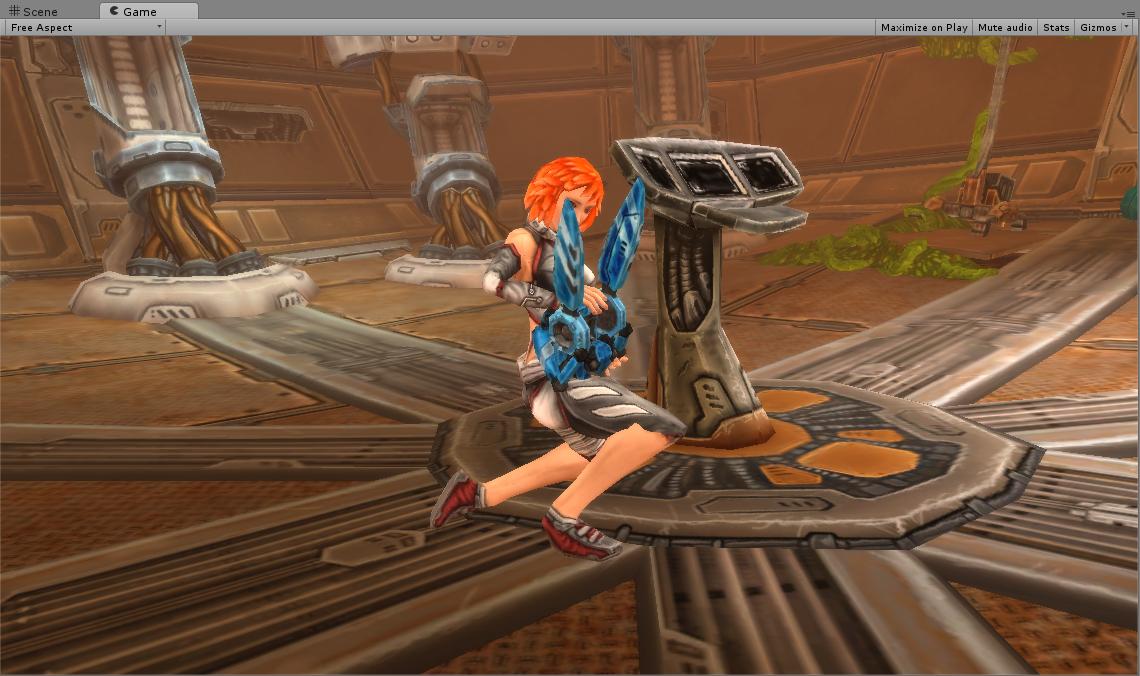 Since the game is designed to be a mobile - based, target locking system was a MUST. Rin also is following target with her head. Had a hard time with switching all this camera modes, but now works like a clock. WO - HOOO! 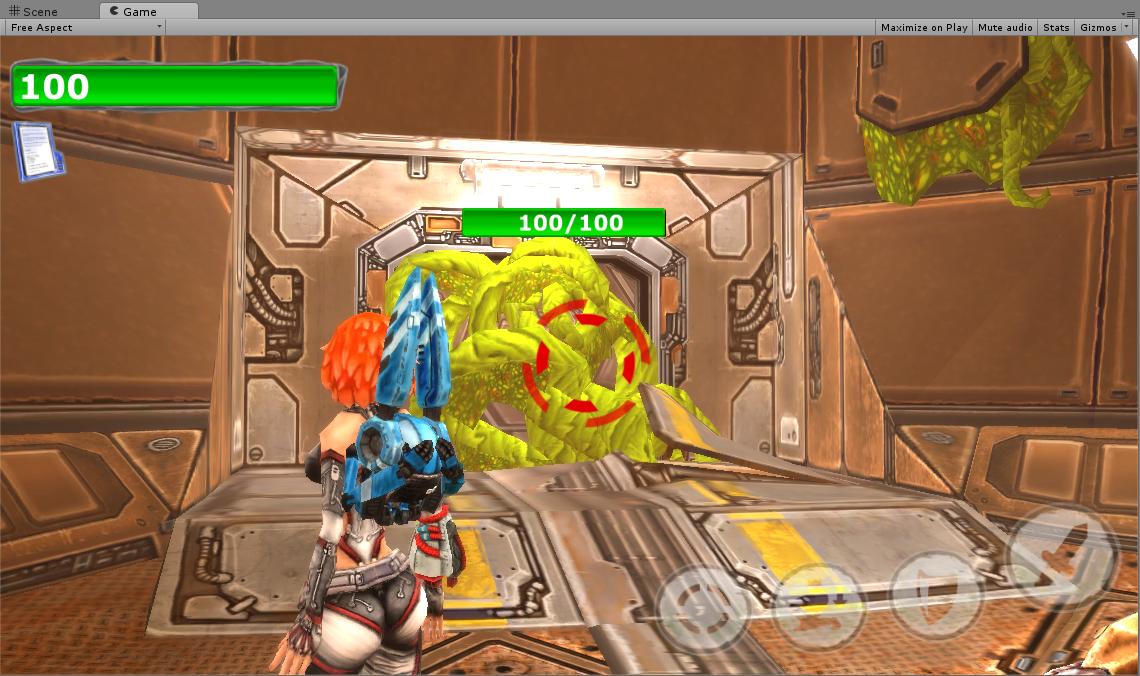 Smashing things i like. Such destructable, much crashing, WOW. 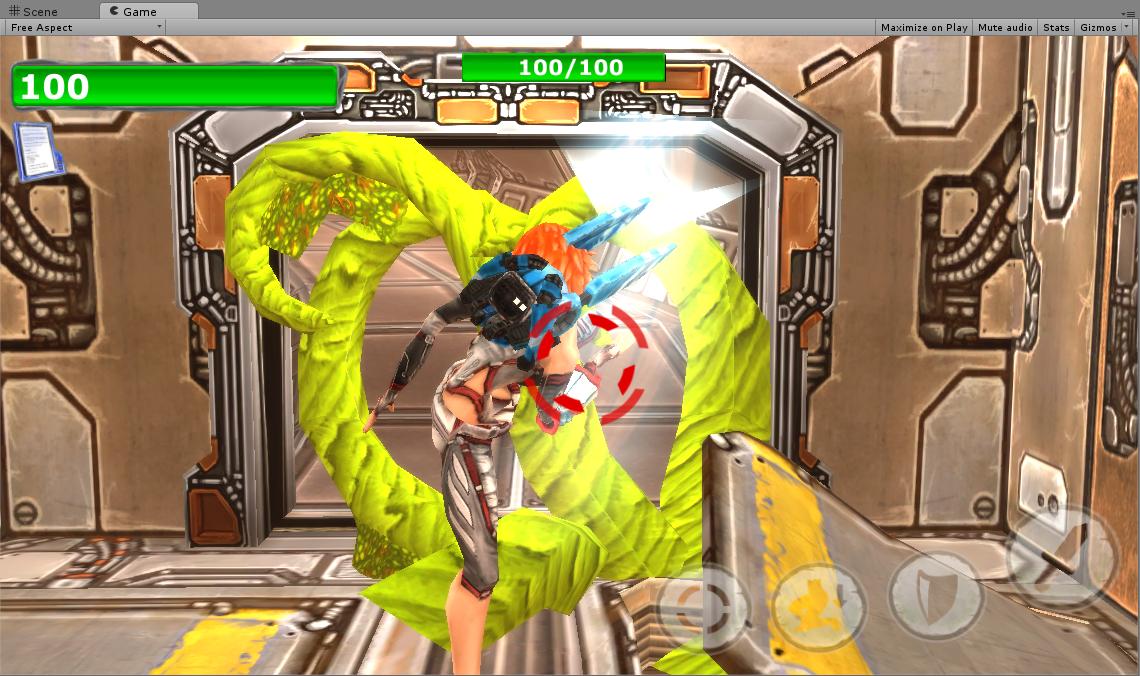 The ceiling turret. That thing is trying to kill us, maybe its a little upset because, like, hanging here alone for a few centuries, getting rust, no one to talk about feelings, you know... I would go like PEW PEW PEW DIE BITCH too, would not you ? 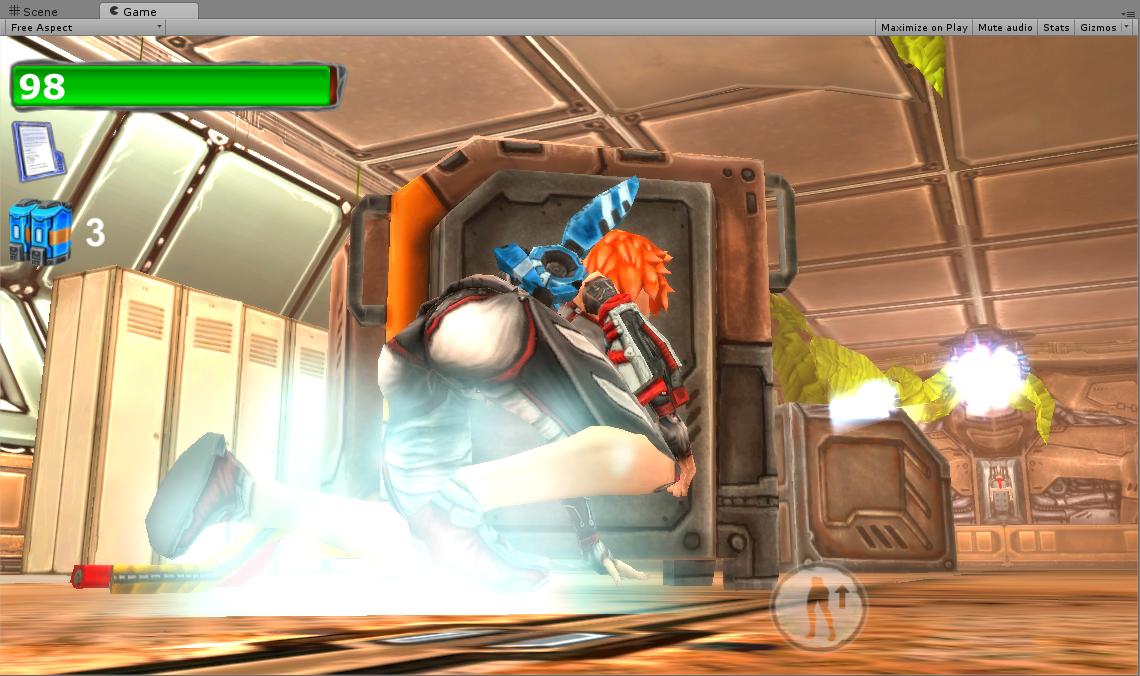 But we got our energy shield, wich is YAY ! Just need to keep an eye on the energy, wich run out pretty fast. 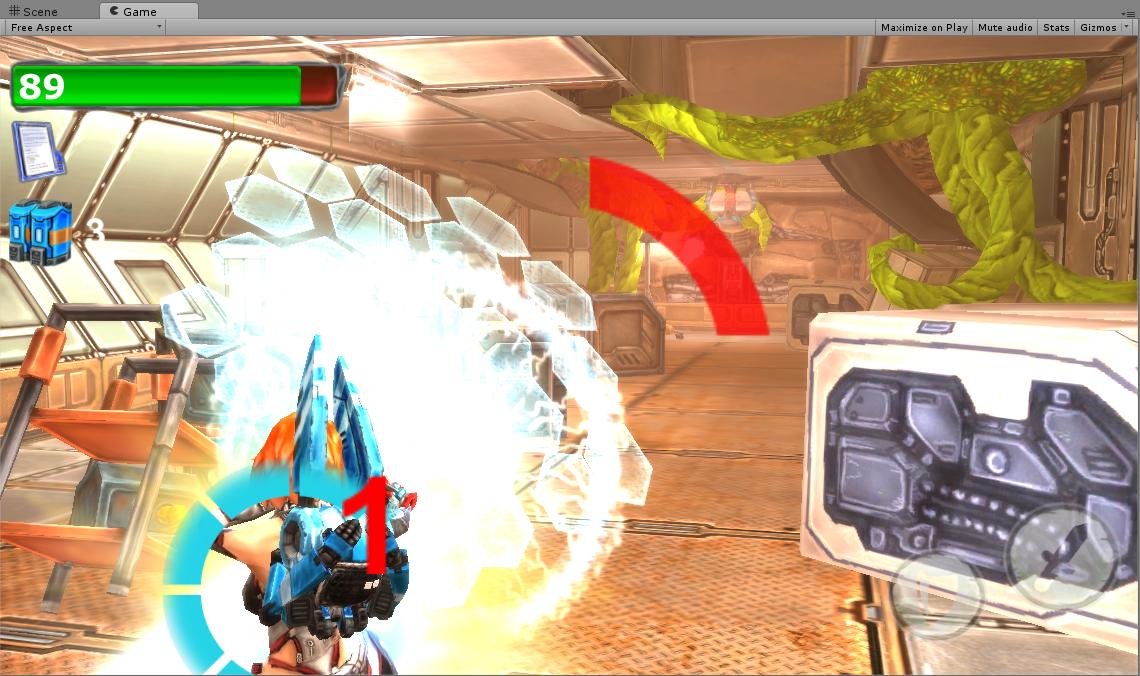 And some boxes. What a game without looting. Gimme some more of this randomly generated and dropped by interactions stuff, baby ! 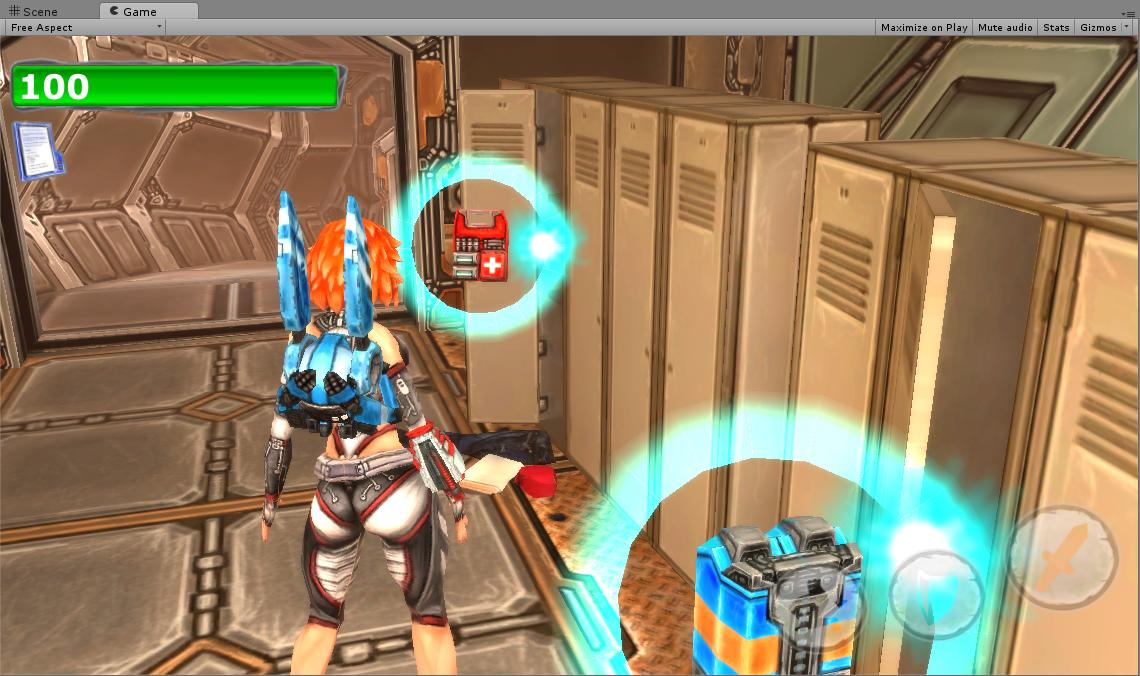