In today's article we will talk about the new people that joined the project, and we will answer some of the question that have been asked on our community discord.

Last sunday, i made a thread where you could ask your question about the mod, here are some that we will answer in today's article :

When will you actually start developement? As far as I know, the tools to mod with hasnt been made availaible yet

We can't give a precise date for now, as we do not have a date of release for the mod tools, but what we can do for now is to make plan, 3d and 2d art about the mod, make historical research and build a team, exactly what we are doing right now !

To what extent will you be using the existing graphical assets from the game? To which degree are you planning on reworking the UI and/or the equipment models?

We plan to be the most historically accurate possible. We will be using everything that look like it is from the 12th century middle east or the latin state culture, otherwise, we do our own equiment.

Anno domini was one of my favorite mod for warband, aside from the new modders recruited, of course, are you the same team and/or similar members that worked on the original anno domini ?

No we are not, but we are making a team full of skilled people, we have people that have experience in the gaming industry and some experienced codders, we also have some artists in our team.

What factions are planned to be in the mod ?

For the moment, we made this list (WIP) : The Byzantine Empire, The Sultanate of Rum,
The Danichmends, The Kingdom of Cilicia, Antioch, Tripoli, Edesse , The Kingdom of Jerusalem,
The Fatimid Caliphate,The Abassid Caliphate, The Zengids
Minor factions: The Assasins, The Templars,The Hospitallers, maybe Pisa Genoa and Venetia

Do you already have an idea about the map, cities, castles and villages?

Do you have an example of work that you have made for the mod ?

Yes. We have started to work on some models, here is an example : 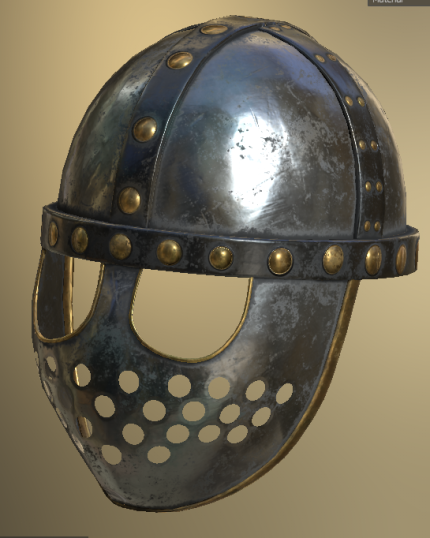