Post news RSS Some new stuff and our first interview

COLOSSUS ESCAPE development goes on with boss fights, some new special moves and maybe some changes on the gfx. In the meantime we had our first interview - it's nice to see that people enjoy what we are making and it's really a shot of enthusiasm.

We had our first interview, that's cool:
8bitgamer.com
some interesting things ;)

...but what about the development state?
Currently we are on the first boss fight - it was completed but we were not happy with it -, some fix (this never ends, dammit!) and on making some special moves better.

On the GFX side we are thinking of changing a bit the backgrounds. We really like how the game looks like BUT we also think that more contrast would be better and the atmosphere could be much more epic.
Here a screenshot from the unity project: 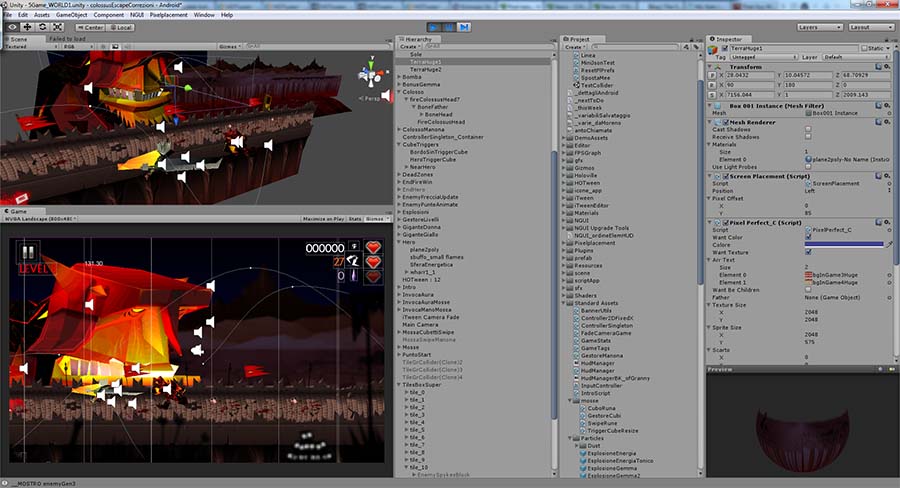