So this week a major gameplay asset was added! Let's jump right in.

This week, the major thing that was done is ropes. Every level you get four ropes to start with, you can throw them up and climb on them. If you're in two player mode, you get two ropes each every level. It's pretty damned dank.

But that certainly isn't all. Just as a side note, these dev blogs look pretty bland, so I'll start including gifs and pictures to show it all off.

Another big thing added is that bombs now blow up walls. Sort of... They are pretty glitchy as it is, I mean here's what it looks like at the moment. 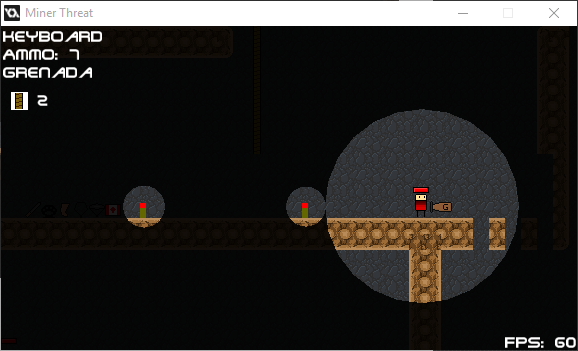 The walls kind of break in lines... Anyways, that'll get fixed soon enough.

I fixed the player starting in the ground in normal, but who cares because no one but me knew the bug existed! But just saying. Some may be wondering what resolution the game runs at, I don't know if I mentioned before, but it runs at 576*324, a 16:9 resolution. That can then be scaled to the following resolutions in the options:

It isn't 4k, but those are only in windowed mode. The game scales to whatever your native resolution is in fullscreen. Personally, I run a 1366*768 laptop screen, so 1152*648 is alright, but I prefer the not-scaled resolution.

This week the game went into some hardcore debugging. The ropes introduced quite a memory leak which I had to look into immediately. In fact, after creating a rope, it took me 5 seconds to drop to 10 FPS. Let me tell you, finding memory leaks is not fun. 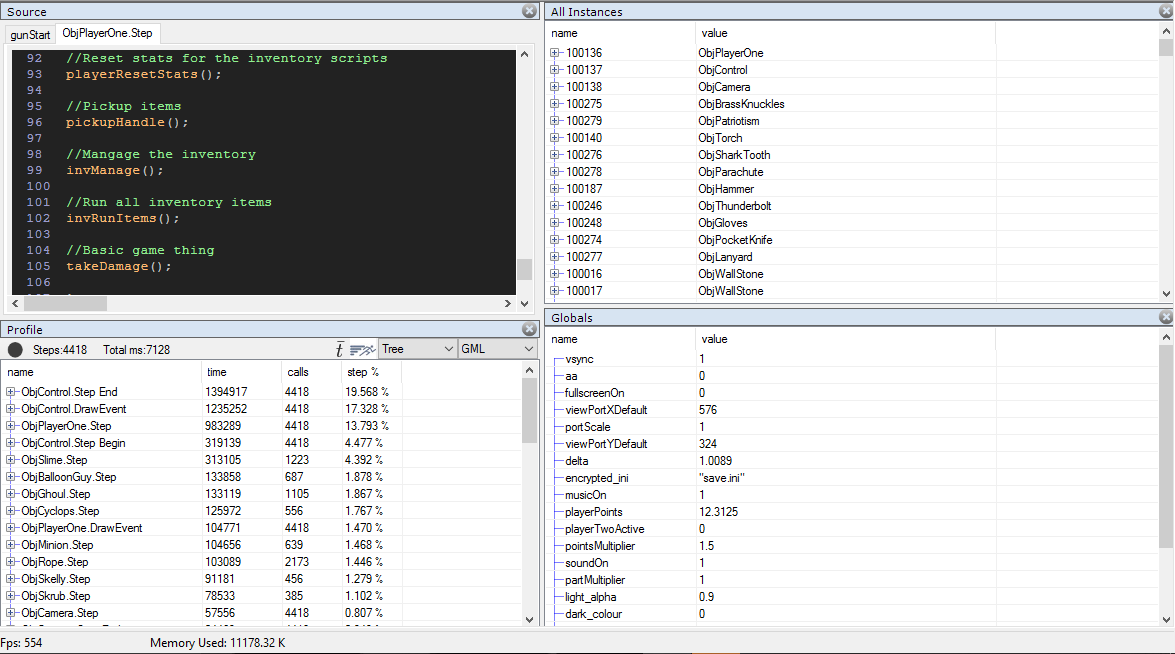 The point of interest in that image is the bottom left "Profile." I've spent my fair share of time staring at that window right there. It tells me what objects in the game use the most CPU and some other things. I even show like 15 lines of source code! Wow! (It actually means nothing without seeing what's in the scripts...)

And last but not least, I fixed the vsync which was not saving, and now the view doesn't scale up for the two players separating. It just looks bad.

So that's it for this week, come back next week for more!