The fantasy crime mystery Solstice will be open for pre-orders in two weeks, along with a playable preview build.

Good news, people! We just finished enough content for Solstice to warrant a proper preview build. If things go well with bug fixing and final polish, we are ready to launch pre-orders in two weeks! 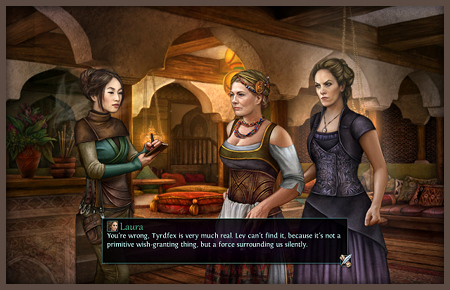 The deal will be similar to how we handled Cinders pre-orders. You'll be able to get the game cheaper, and receive it two weeks before its official release. Of course, the biggest benefit is the immediate access to the preview build.

You'll be able to play the current development version of the game and offer your feedback while it's still easy for us to make changes. This was a source of many crucial improvements in Cinders and we're hoping for the same thing here.

The preview build will feature the first two chapters from the game and it looks like it's going to be quite a bit longer than Cinders pre-order version. Solstice shapes up to be pretty huge in general.