Having finished and released version 1.1 of Swipe Tap Smash earlier this month, I've been taking it a bit easier the last few weeks. But in that time I did manage to get come work done.

I started thinking about promoting the game a bit, and it seems like having a website is kind of required. I thought IndieDB and the Facebook page would be enough, but people tend to expect an official game website as well.

So I created a really simple "landing page" which contains all the basics (trailer, screens, etc) plus links to the more active communities surrounding the game: Facebook and IndieDB.

Here is what I ended up with: 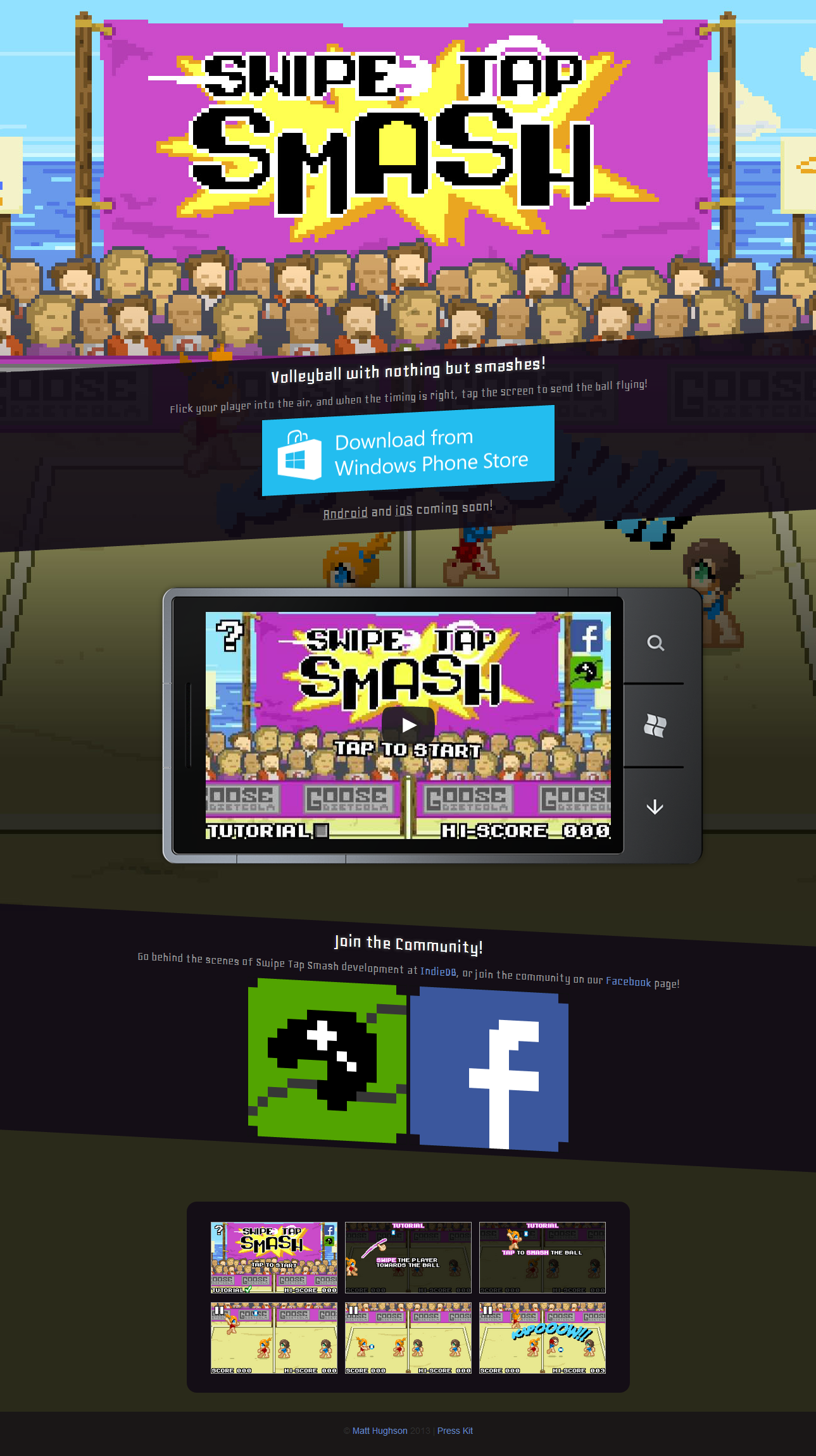 I haven't done much web development in many years, so I would love to get any feedback you have! Just leave it in the comments below.

Something I have been planning for some time is a "Trick Attack" mode for Swipe Tap Smash. The concept is pretty simple: everything you do in the game is given a point value. A jump might be worth 5 points, and a spike worth 10 points. The goal is to get as high a score as possible, by combining many "moves" together, in order to get a high score.

It may sound like an odd mode for a sports game, but it is actually one of the best parts of Swipe Tap Smash. It is born out of my endless hours playing the game during development, where I got so good, that I started giving myself challenges to keep things interesting: hit the ball at its peak height, bounce the ball off the net once before spiking it, do 5 jumps before a spike, and so on. Awarding points and keeping track of score is just a natural evolution of that.

Here's what that looks like in its current state:

The different numbers you see popping up during gameplay are the points awarded for each move. At the end of the turn, a summary screen is shown, and a final score is calculated. That final score is based on how many of each move was performed and a multiplier is given for the number of unique moves performed.

There is a still a bit of work to do, but most of the work is done.