In this article we would like to tell you about our game SnakEscape and it's development story: from simple cubes to flat-style minimalism.

Hello to you, dear reader, and greetings from Triple Star Studio!

In this article we would like to tell you about our game SnakEscape and it's development story: from simple cubes to flat-style minimalism.

Perhaps everyone remember the classic "snake" game, but this time you'll play as the food for the snake :)

Meet Mr. Apple - his task is simple: escape the snakes while collecting stars on the level.

Oh, and yeah, snakes like to eat them too :>

Also there are other elements in the game that can save or kill you:

Slipper - slip away from the snakes in style.

Finish tile - reach and and you're saved.

Some history for you.

It all began when our programmer has decided to try out Unity3D. At first the idea was simple as day: go through the maze levels while avoiding a snake. The style was minimalistic: the gameplay area was flat, the player and the snake were just cubes. A week later the game was ready and the team was reviewing it. We appreciated the effort, but we also did mention that the game was mostly boring after some sessions and the idea was dumped. 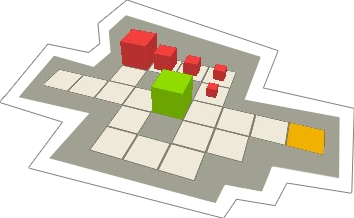 However, back in December 2014 we've decided to take part in GamesJamMicrosoft that took place in Moscow. Our programmer gave us the "game" source files and sent us to Moscow, while conducting a remote development back at his comfy couch :D

The game concept was redone during the Jam, as the 3-star game mechanic was added into the gameplay, music was added and the final build was complete. There were in total 200 projects in the Jam, and we took the 11-th place. 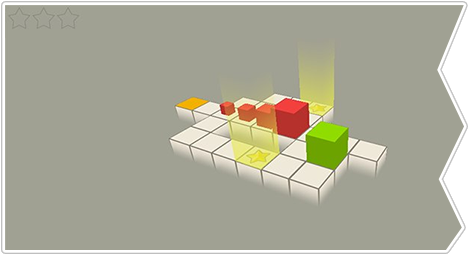 After the Hakaton we've decided to take a break and the development has begun again just this may. We began with fixing some problematic moments to make the game as interesting as possible.

Firstly we've redone the background by making it more "alive" and adding some flying food too. The basic concept is about hungry snakes hunting an apple, so that was the source of the "flying food" idea. We've also added swipe controls for mobile devices. 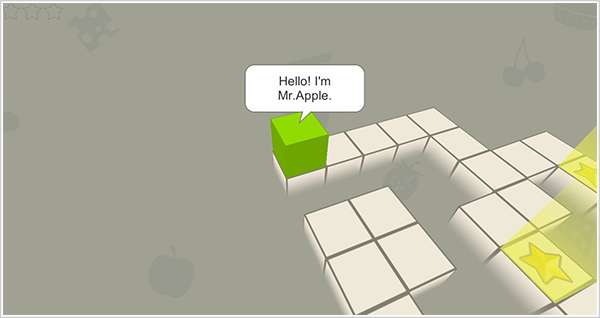 Our 3D modeller suggested remodeling the visual aspects of the game more in favor of the players and his idea was approved. Mr. Apple and the snakes got new flat-style models. The models were based on the same concept, and so was the logo of the game.

We've encountered several problems during the head modeling, but we will tell you about it next time. 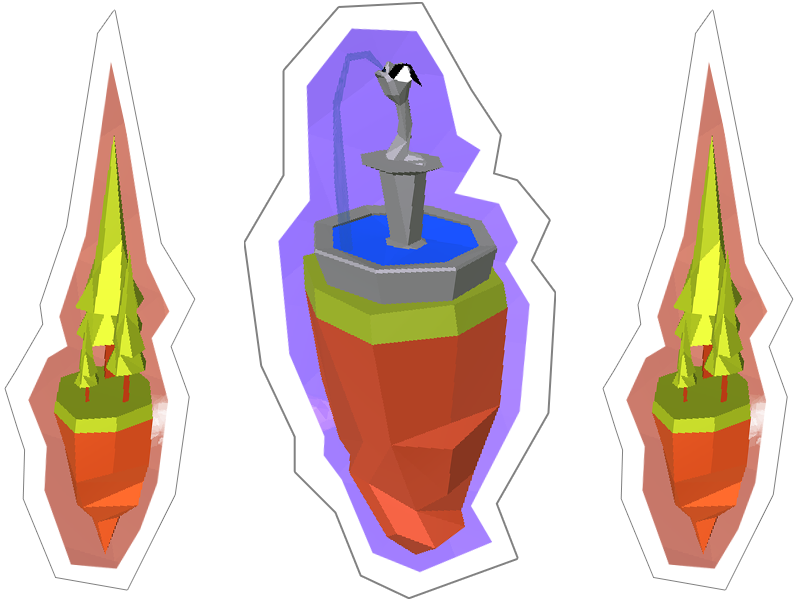 After adding new models the game looked empty and uninteresting. It was at that time when we've launched the open beta-test and testers had pointed out several inconsistencies in controls and the overall of the game.

Controls were really buggy - the PC version had the mobile swipe control scheme made for the keyboards. The Apple could go anywhere but the place you needed him to go. 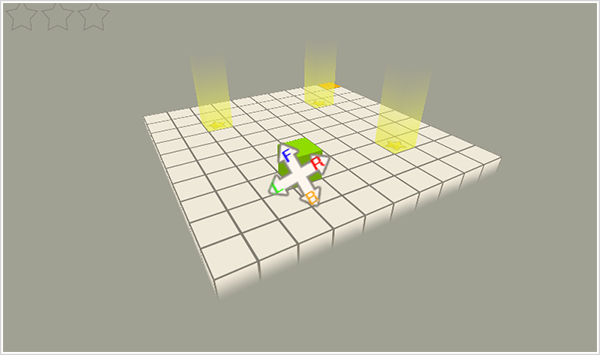 At first we've decided to make mouse controls. Pinpoint the needed tile and click to move there - simple! The new control scheme was well received by the testers. As the controls were made for the PC version, we've decided to release our game at Steam as well. 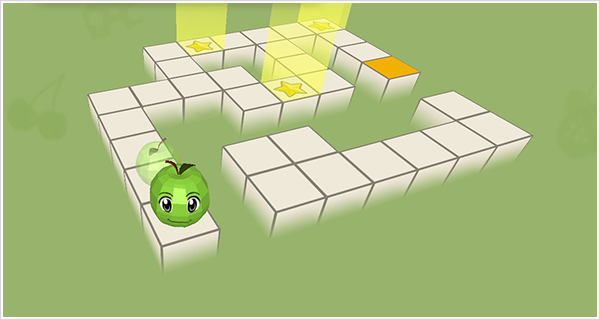 After our work in controls we began working on the general redesign to make levels more colorful and vivid. After a conference we've conducted we've decided to... make the world of floating islands. It was safe to say that now this is a completely different game from the original concept. 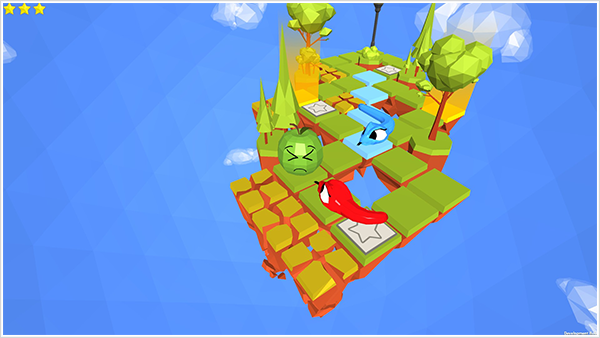 We thought that the game was still a little bit boring even after the redesign. Which is why we've added new features like gliders, spikes and destructible tiles.

Once everything was done, we thought: what kind of a game would be without music? That's right - a poopy one! And so, we've decided to add our fellow gamedev and a composer Kähm to write a soundtrack for the game.

And that's pretty much it, the game was done completely! We still had a month of bug fixing and polishing, but we were done by September 24, when we uploaded our game at Steam Greenlight.

If you're interested in the game, please, vote for it at the Steam Greenlight page.

I really love the art style :)