This update is designed to soften the rough edges from the previous beta update. 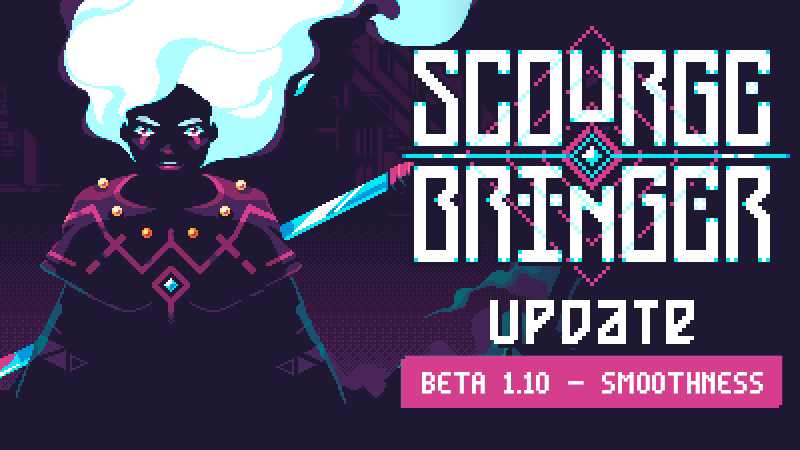 We’ve now released the Smoothness Update. This update is meant to smoothen the rough edges previously found in the last beta update. This update contains a better base game to build bigger updates, coming soon.

Please note two things in particular which are:

We’re still working on bringing further enhancements, but had to delay some parts of it because those enhancements (tht are not included in the game yet) rely on gameplay features that are not in the game… yet. This includes enemy vulnerabilities, for example.

We are going to add more ways to reward exploration in the future (more than just the items for now). Stay tuned for that!

Please see a full changelog below:

Localized the game title to Chinese

Gameover screen displaying your performance and lore about enemies

The game will now track your game stats (play time, enemies killed, boss killed, blood earned, etc.); For now they are displayed nowhere but that may come to be useful in the future 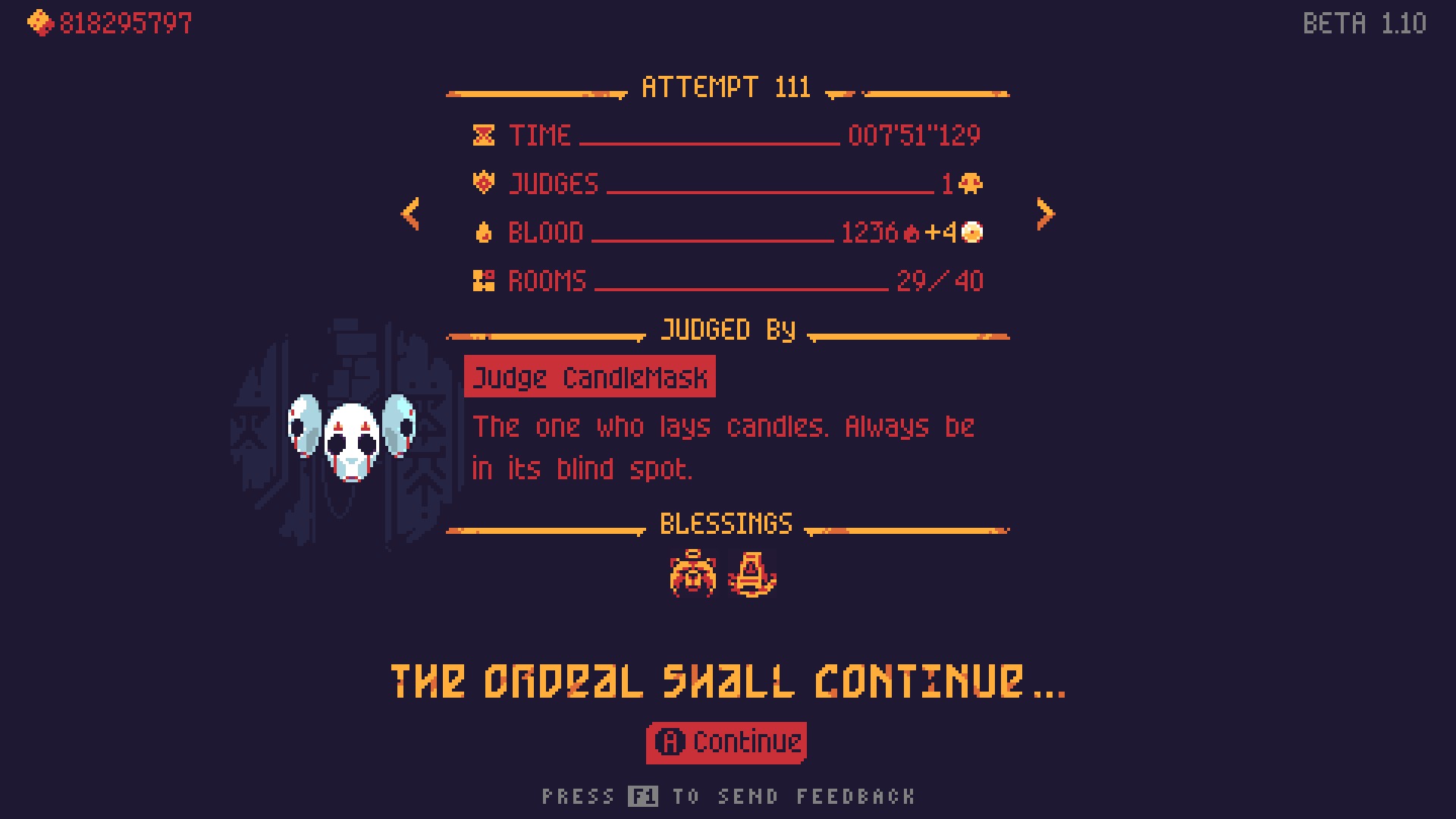 - The map and mini map will now display an exclamation mark (!) to show any items on the ground in each room

- Beating a boss will now force traps (e.g. spikes) to instantly disarm to avoid getting hit after the last hit (this is only for bosses)

- Upon clearing all rooms, players will be rewarded with extra item drops (there's no particular feedback yet, but we'll later add a "full clear" message upon clearing the last room of a level)

- Garo will now occasionally talk about enemies that killed the player (mostly bosses, providing a few tips and some lore)

- Bullet Bending: makes you invulnerable for 0.2s after deflecting bullets with the Smash

- Stun gun: can stun if the target is vulnerable

- Added a button to reset custom mappings to their default values

- Upon properly defleting a bullet, the Smash will scan for close forward bullets to avoid getting hit by rows of bullets

- All bullets will now get cleaned upon completing a room

- Bileranha will no more attack during its death animation

- Drone and Fury reload items, and combo items will no longer spawn in shops

- Allowed to set the game speed setting up to 150%

- The random "seed" of each run is now properly displayed on the map screen and on the gameover screen (though there is no UI to start a seeded run, for now)

Fixes using the mouse in menus when mouse aim is off

Fixes enemies not getting knock back by smashed bullets

Fixes enemies fixed to walls being flipped when entering a room

As always, we look forward to your feedback both in-game and over on our Discord.