Slime King 1.2.0 is out with partial controller support and a shiny new menu system.

I'm happy to announce that The True Slime King finally has some controller support. Sorry that it's taken so long for this update to come out. There was a lot of work for me to do behind the scenes to add partial controller support, and I couldn't release updates for it gradually, since it would have just broken the menu system or gameplay.

I'm very pleased with the new menu system design, and I'm glad that I decided to put in an options menu (the sidebar feels a bit clunky in comparison). 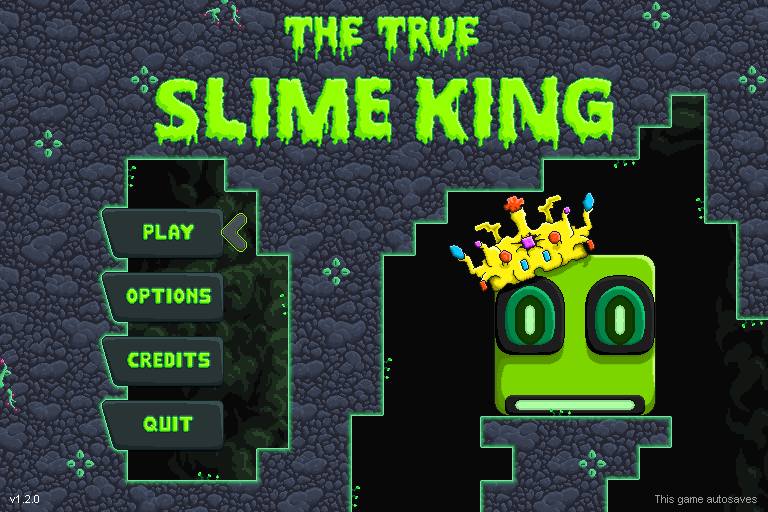 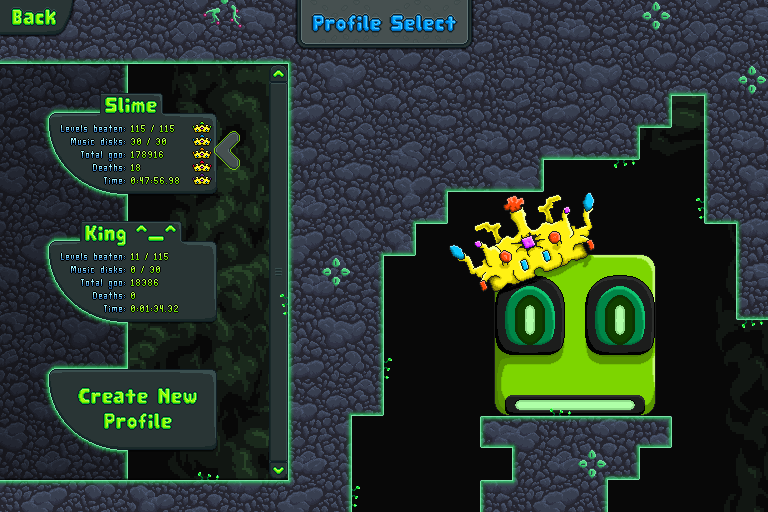 New Controller Tooltip Buttons that automatically display when the controller is plugged in. 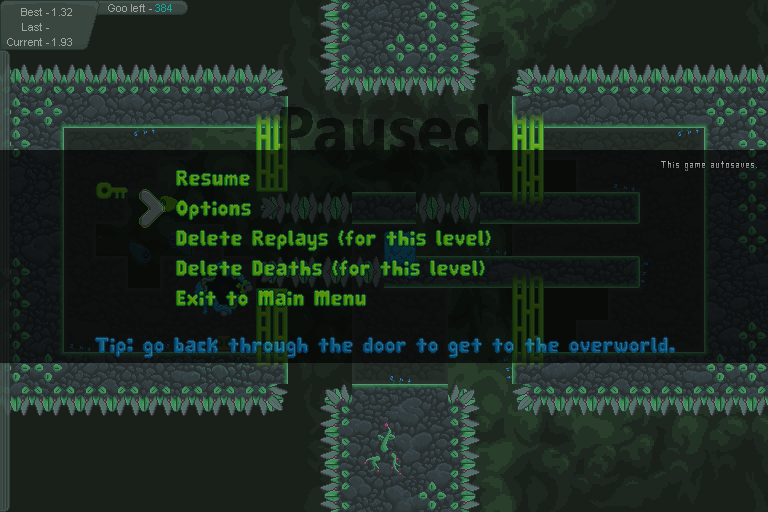 New Options screen that is fully navigable by keyboard and controller. 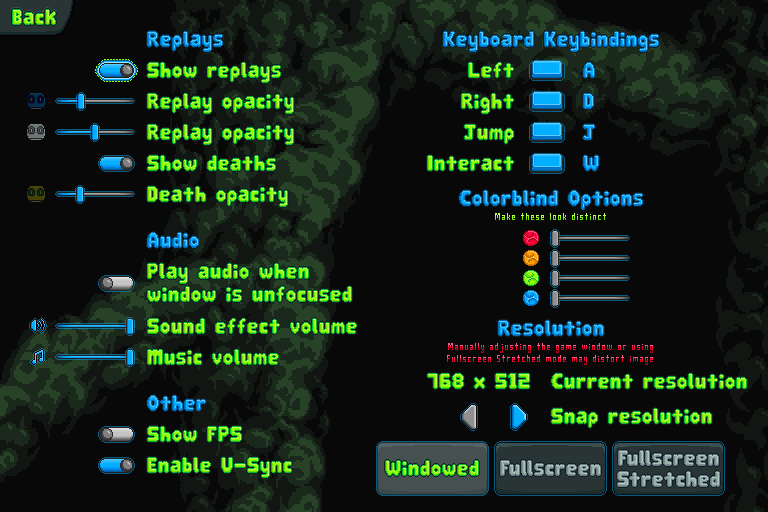 New Minimap (upper-right) that help guide you to where each level is and light up once a level is beaten. 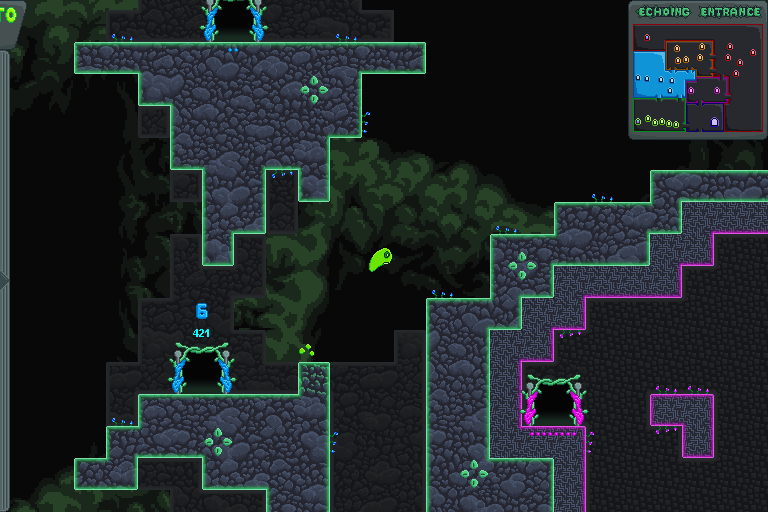