LWJGL has served me well on its own, but it recently occurred to me that a large amount of the code which I have written has already been done (and better!) . More on this can be found on this StackOverflow (for those interested.
So I added the library in last night and made a large amount of changes to the games code to fit it. All the features should be there (I only had to change the renderer). However with Slick2D I have been able to add two features which I have been desperate to add (but either kept failing at it or didn't get around to it).

These two features are:

Custom Fonts - Instead of using Java's default font I have been able to change the font to the font which we use for most of Darkness Exhumed.

Below is a screenshot of the new lighting system and on the side you can also see the new fonts. 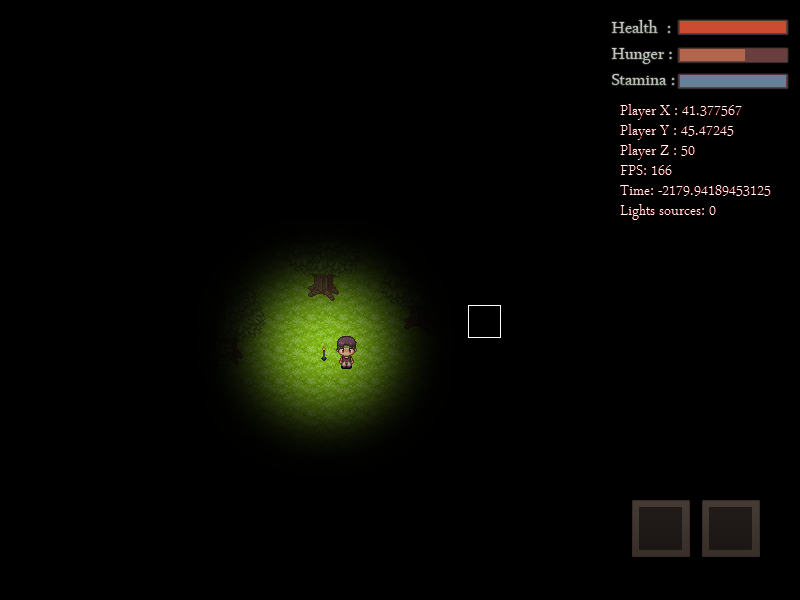 Slick2D also allows for easy pathfinding and also has a much nicer built in particle system (probably a ton more awesome features that I've overlooked but pffft).

I have heard a few iffy things about the community and 64-bit computers but it all appears fixable (unless someone tells me otherwise).

Slick2D was created by the wonderful Kevin Glass.