The latest Windows build of Slay the Beast (0.0.6) is now available. This build introduces support for up to 4 players.

UPDATE
Version 0.0.8 is now available.
The Archedemon can now turn around by pressing the Right Bumper on a controller or P on a keyboard.

UPDATE
Version 0.0.7 now available. This version adds some particle effects and fixes a crash going from menus to in-game.

The version 0.0.6 build of Slay the Beast is now available for download. 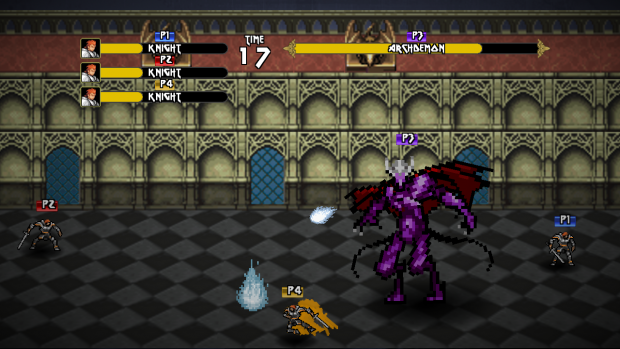 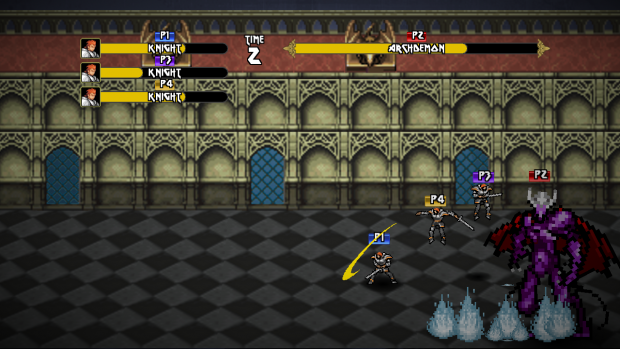 This version of Slay the Beast supports up to 4 players in a match between a heroic Knights and a powerful Archdemon.
See the README.txt for information on Controls, Controller Assignment, etc.