Skyward Collapse's official web page on the Arcen site is up and includes a fresh batch of screenshots, along with the launch trailer. The game releases this Thursday, May 23rd for $4.99.

How do you balance -- and indeed encourage -- a war between factions without letting either side obliterate the other? How do you rule over gods, creatures, and men who refuse to obey you? How do you build a landscape of villages when bandits and mythology are conspiring to tear it down? Skyward Collapse places you into the role of The Creator, and frees you to tackle these problems your own way. Brought to you by the developer of the modern strategy classic AI War: Fleet Command, Arcen's second full strategy title is equally unique (but far easier to learn): a turn-based 4x strategic god-game. 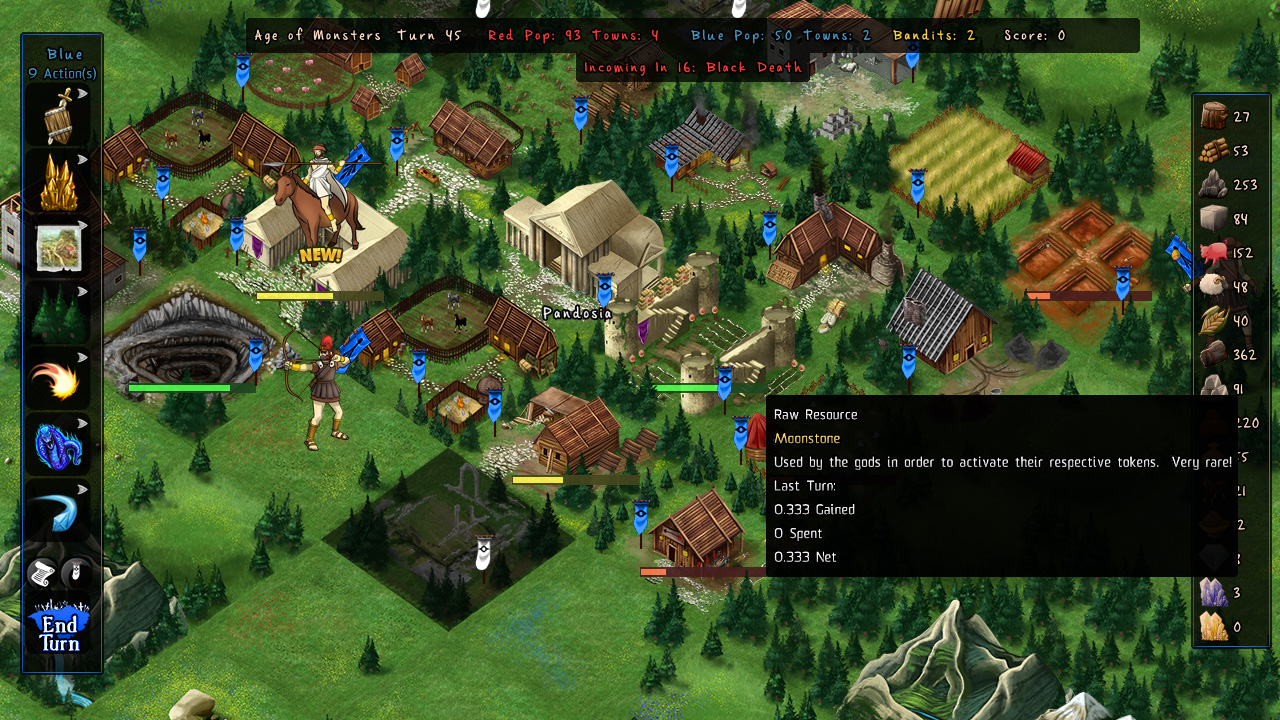 Game Features
* A turn-based strategic god-game where you control neither faction, but instead strive to maintain the balance of power.
* Make towns and war as the boardgame-like floating continent continues to construct itself around you.
* Persuade your minions into doing what you want by controlling the circumstances of their (brief) lives.
* 16 gods, each with unique passive abilities and three active powers, help you further your goals as you pass into the Age of Monsters.
* Level up your player profile by winning games. Twelve unlockable buildings in all!
* Straightforward controls paired with an intuitive and helpful interface make this an easy title to pick up... but the strategy runs deep.
* Multiple difficulty levels let you play a very relaxed game up to a nail-bitingly difficult one. There's no one best way to win!
* Co-op multiplayer for up to 8 players. 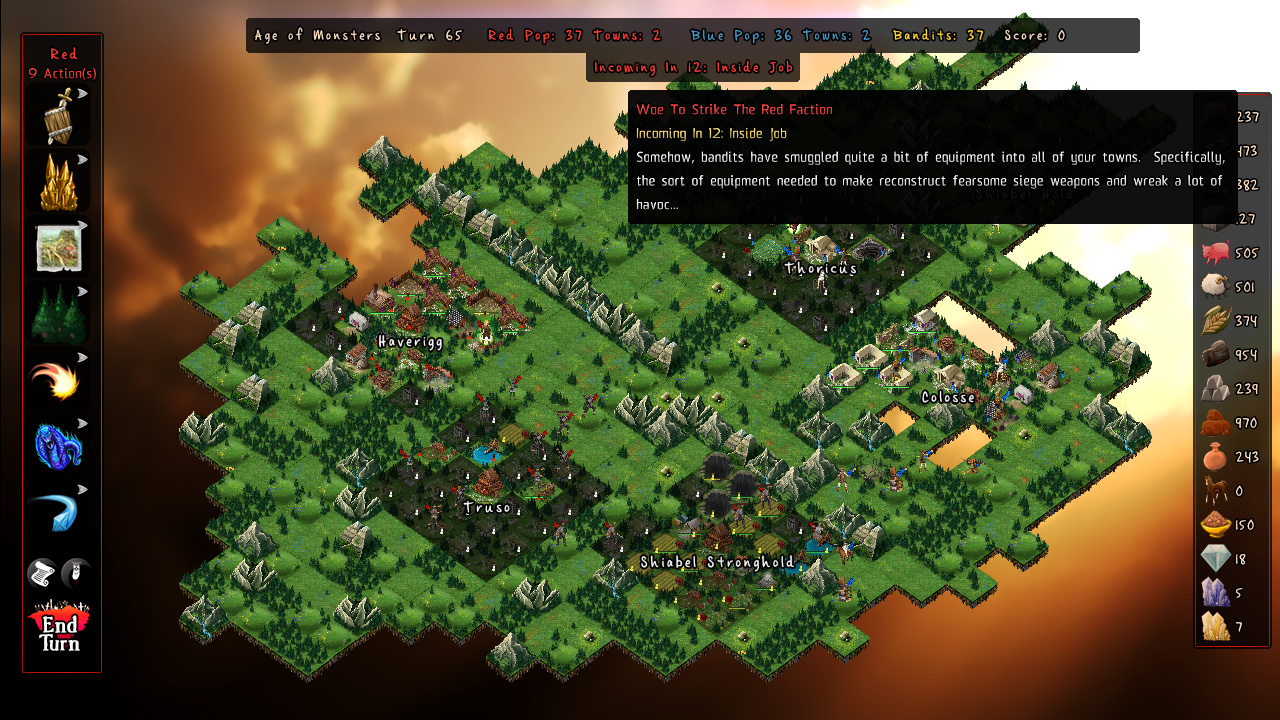 Available May 23rd on Steam, our site, and other distributors!