With just two days until Skyward Collapse's launch, Nick's third comic based on the game has been released.

The third page of Nick Trujillo's comic is now up! Here are page one and page two if you missed them. Two more pages are in the works, which will be released periodically leading up to the release of Skyward Collapse on the 23rd -- that's this Thursday. Enjoy! 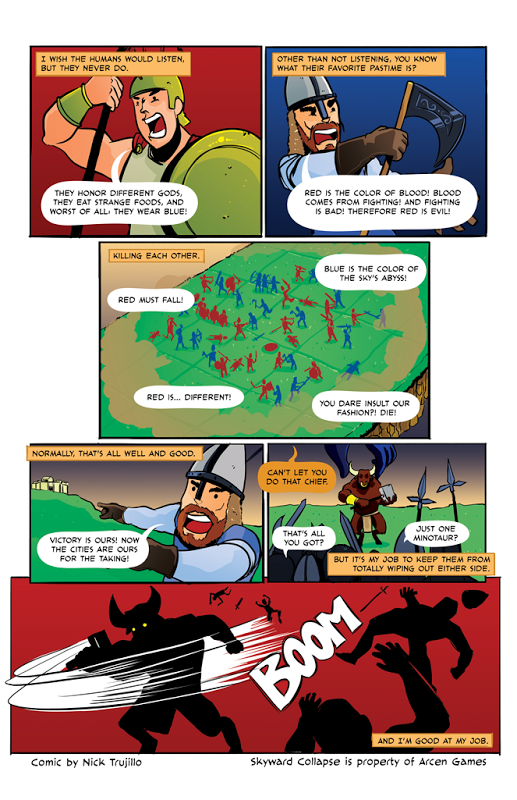