The latest update for Skyward Collapse adds new counts and stats on the sidebars, a few multiplayer improvements, bug fixes and tweaks.

This one has a wide variety of stuff in it. Most exciting for most players are likely going to be the new counts and stats on both the left and right sidebars. Without getting too cluttered, you now have a much better view of what is going on in your dominions.

There are also several multiplayer improvements: two to the interface to better let you tell what other players are doing (if they are waiting on you, etc); and one to self-correct from any desyncs that might happen in a turn (yay safety code). 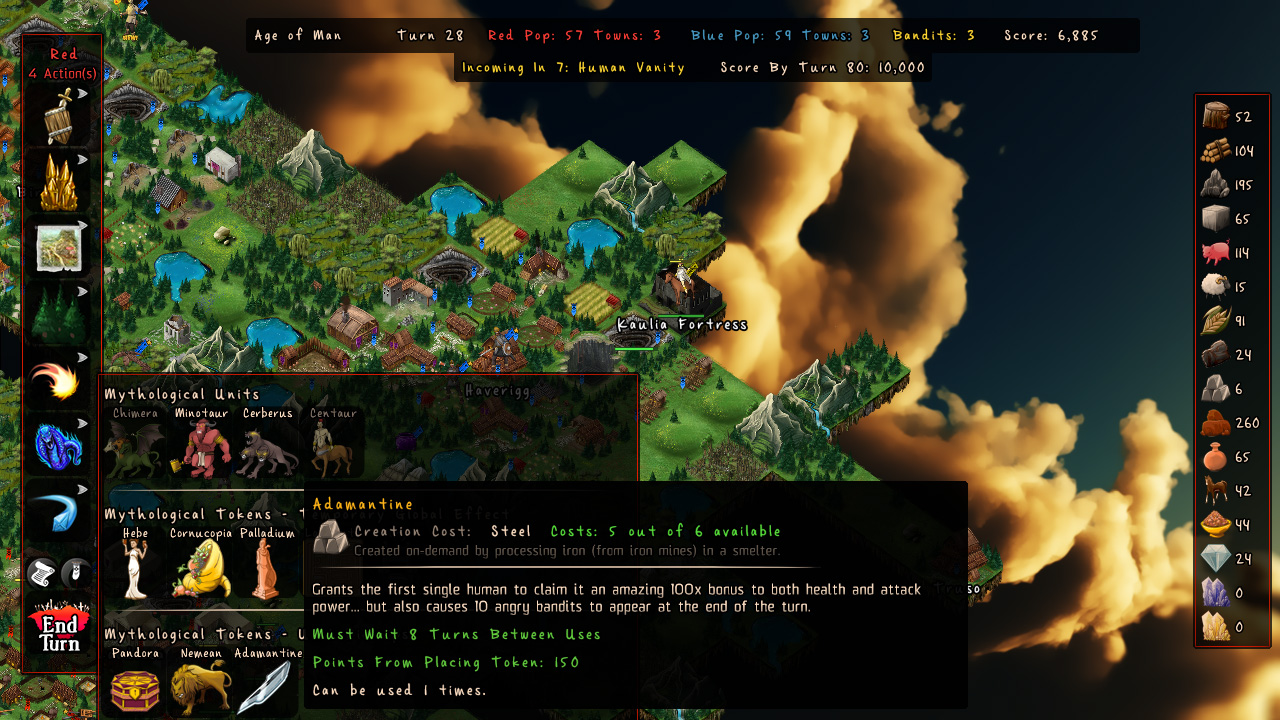 There was also a bug with the Midgard Serpent, Labyrinth, and Yggdrasil that was causing units to act crazily: hopping over gaps, causing exceptions, walking onto other units, etc. Fixing this one bug also fixes a likely cause of desyncs in multiplayer, aside from it being wonky in solo play.

Beyond that, there are a few other tweaks and improvements. More to come soon.