Less than 48 hour until launch, here it is the final launch trailer and info about the release of Six Sides of The World.

After most than three years working on this project on my spare time, at last, it will be released in two days on Steam. Let's start with the game trailer. 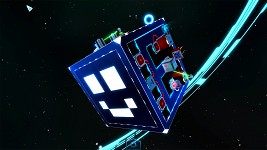 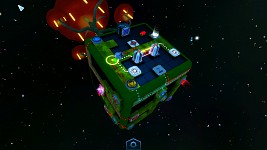 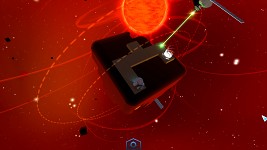 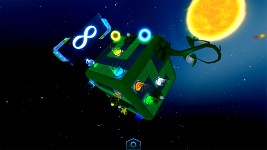 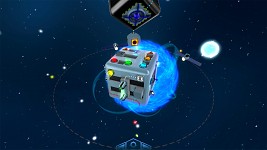 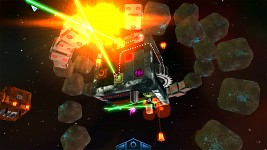 And here is the interesting part. How is the final game?

Ok, instead of copy-paste the same information that you can find in the store page I'll tell you some curiosities about the game. You know, there are puzzles, cubic planets, camera twists, a little space explorer called Maigo, deadly lasers and explosions, tons of elements to play with and the kind of stuff that you can usually find in adventure/puzzle games. You can watch the videos and read the game description and the official page.

The game features 50 levels with more than 60 puzzles, each one different to the other ones. Some are easier, to allow all kind of people to complete the game, others are harder to complete, for those who want a real challenge. It's something inspired by Super Mario games, if you find the secret/harder exit you will go to a more challenging secret level. You can finish the game, but you have to dig deeper to complete it at 100%.

How did I think on the idea of cubic planets? Like other games, Six Sides of the World was created in a game jam. It was one of the finalists and I wanted to expand the core idea, and after more than three years working on my spare time, here is the final verson. Perhaps it's not like I first imagined it (much more complex and with much more content), but I'm very proud of it.

And how long does it takes to beat it? If you're very clever, the first run will take you about 6 hours, but the average time is about 7 and half or eight.

I hope you to play and enjoy the game.