The first stroke of good luck with SickBrick! And it's been out for more than a year.

We struck a deal with the biggest retailer here in Croatia to get the game out physically in Croatia, Serbia and Slovenia. That's the Balkans, yes :D
We're still negotiating with Polish publishers to get the game there too.

We can't begin to tell you what that means for a small one man studio like us. This will speed up the development of our next game by 300% and get us a lot of regional publicity. 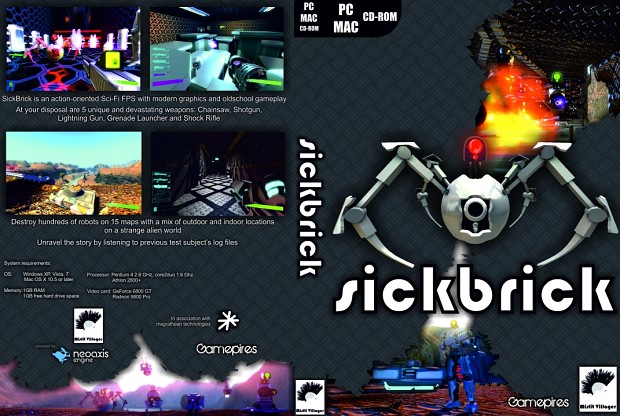 The next patch for SickBrick is coming soon too. it will bring loads of new stuff to SickBrick like SSAO, FXAA, DOF, Light Scattering and AI optimisations. In short; a lot of acronyms.

The digital downloads on Desura are at 38.
38 copies sold in a year. SickBrick rules! hahahaha
Just to remind you that the price is now 4.99$ so bring that pocket change.

We're still on a pretty good 7.2 rating considering all those 1 out of 10 ratings we got because it's not a native linux game :\

P.S.
Our next game is developing along well. So that's cool too.
Here's a screen from it:

Good news! Hope to see this one here in Poland! And waiting for the patch :)