Change the look of objects in game or customize even more in the editor!

Posted by PlasticityStudios on Jul 11th, 2019

This post is all about appearances: I'll cover how colors work in Tabletop Playground and how you can customize how rough or metallic objects appear. Colors are used in two ways: to identify players and to customize objects.

Each player in a game is identified by a color. There are 10 different color options (those are, by the way, based on a color palette that is distinguishable for players with color blindness – click here for some scientific background on the topic). You can switch your player color in game. When you save the game and continue later with the same players, everyone will start with their previously chosen color.

The player color also determines which objects you “own”: currently, only card holders can have owners. Only the owning player (defined by player color) can see which cards are on a card holder. But you also have the choice to set it to ownerless so everyone can see the cards. 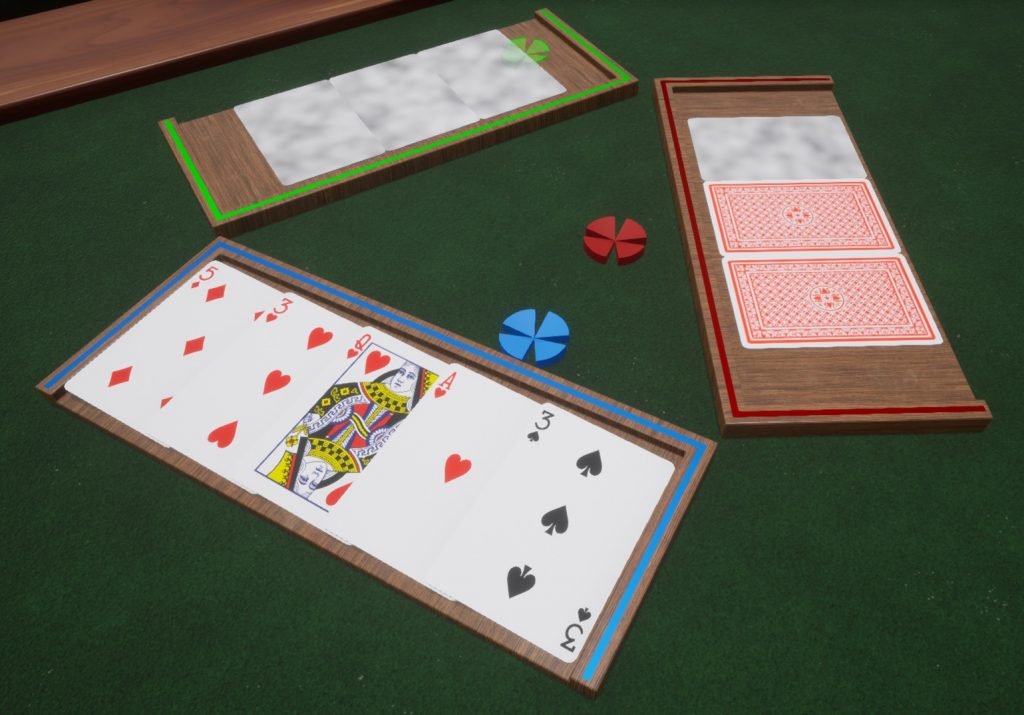 You can modify colors for most objects in the game. The simplest case is a uniformly colored object: you will set the color of the whole object. You can either freely choose a color, or you can quickly set it to your player color or a configurable custom color.

You can also set a color for simple textured objects: it will “tint” the whole object with that color:

But often you don’t want to change the color of entire objects. Take a chess board, for example: the squares are usually black and white. However, for some chess sets light brown and dark brown may work better, or some other color combination (green and pink, anyone?). The chess board in Tabletop Playground is set up so you can edit both square colors independently. Other objects, like dice, work in a similar way.

If you want to create your own objects, you can also define where colors can be changed: In the editor you can include an “extra map” texture, where red color defines where you want the primary color, and green parts are used for the secondary color.

Apart from colors, objects in Tabletop Playground have two other properties that alter their appearance: you can define how rough and how metallic they are. 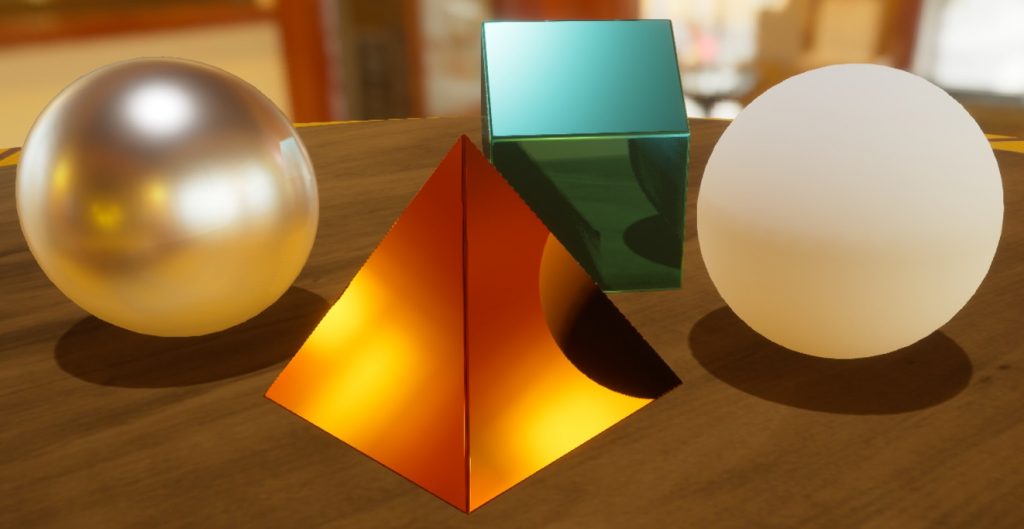 The metallic value should be 1 for surfaces that are clearly a metal, and 0 for most other materials like plastic or cardboard. Values between 0 and 1 are uncommon, but can be used to achieve special effects. The following image shows a light grey sphere with different roughness and metallic values:

You can alter the roughness and metallic values for most objects in-game. But when you create new objects in the editor, you can also define which parts of the objects are metallic and how rough any point on their surface is. You can also use the “extra map” for this: The blue channel controls how metallic an object is, and the alpha channel controls roughness. Many of the objects included with Tabletop Playground use the extra map for rougher and smoother parts of their surface. Some objects, like the chest, also have both metal and wooden parts.