We’ve added some more shinies, have started playtesting the first prototype of our next character, Sydney, and our network code for the character select screen is now much cleaner and way more reliable. 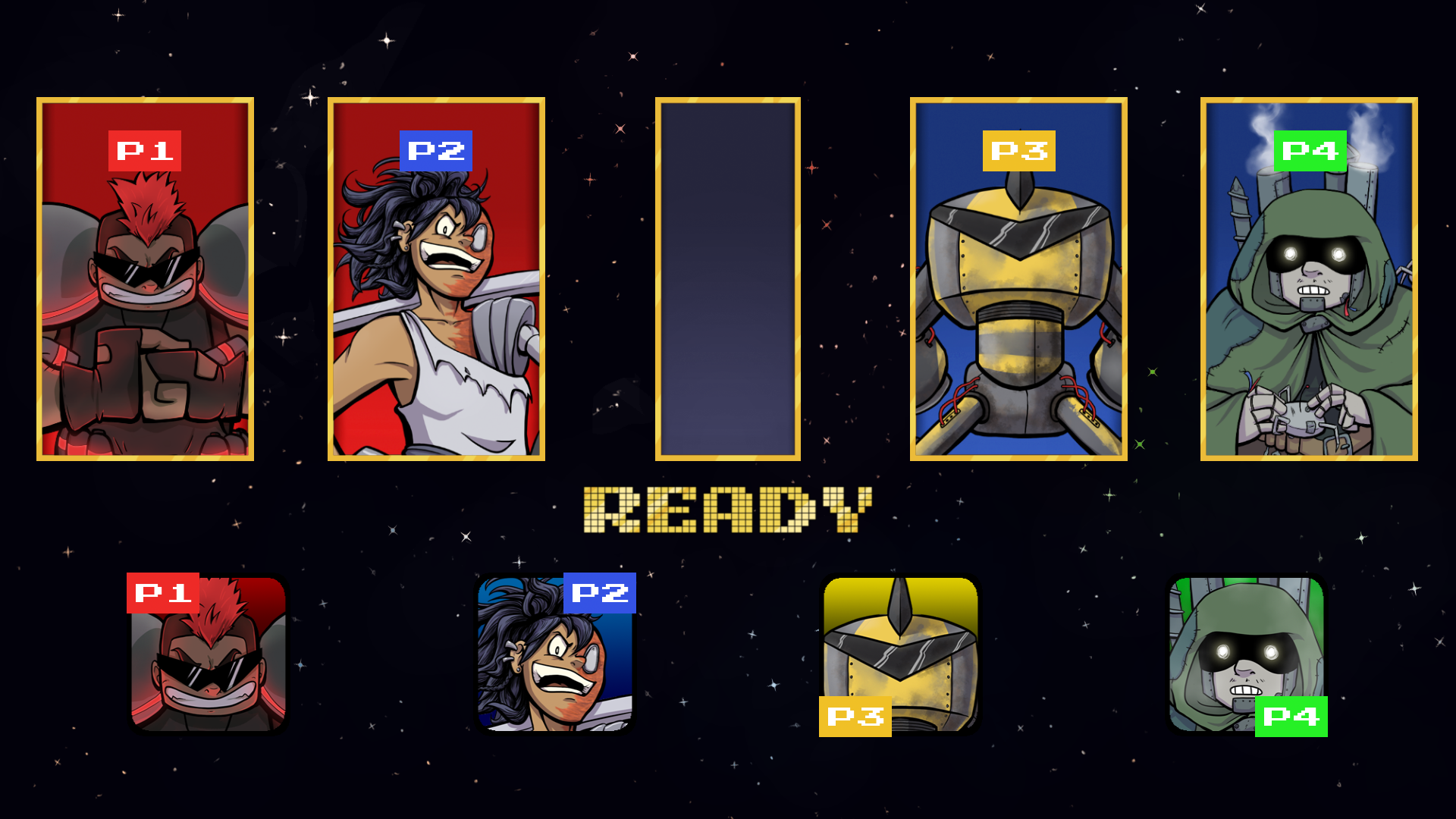 This week’s screenshot shows off some of the shiny we’ve been adding. We’re still working on it, but the shininess we have added so far already makes a world of difference.

One of the things we’ve been hard at work on this week is getting the first prototype of Sydney playable. When we build character prototypes at Angry Hangar, we use the same approach as we do with the rest of our code base: iteration. First, we make an initial prototype with the movesets we’ve discussed in a character design meeting. Once we get something that’s close to the design we have on paper, we do some heavy playtesting to determine the moves we really like and the ones that need changing. Then we go back to tweak values and even concept entire new abilities for those that just don’t fit. Tackling characters this way means Sydney will probably see a lot of changes between now and when we’re ready to release her, but we hope that all of changes and reworks will be for the better. As a final note, Sydney will be our first paid character, so she won’t be available to people running the beta/demo.

Now it’s time to continue our coverage of the network code. We solved a pretty big bug this week that was causing the client players to see incorrect information about the players on the host while on the character select screen. This same bug was also to blame for players being placed back into the character select incorrectly after the end of a game. A new player joining at this point could even choose to be in a slot that was already chosen. Needless to say this bug was causing a lot of problems. So we dove into our character select code again (going back to that iteration point made earlier) and realized it was doing some pretty weird stuff. After a quick redesign, some restructuring, and a few rewrites, we ended up with a consistently functional character select screen, that doesn’t break just because you decided to take your match online. Fixing the bug has also resulted in less code, in a much nicer layout, which will ease our bug finding related to character select in the future.