A week ago we announced some news was coming soon on our Twitter and Facebook page but didn't give any other hint on what it could be. Today is the day we announce a mini game for you to play!

Tomorrow we will be releasing a mini game titled Shepdoog Shootout. The game was created under 24 hours (around 20), and what we have is a fun single player or multiplayer mini game!

The game takes place somewhere in Australia from characters that will be in Shepdoog, players are able to select up to 8 different characters and either face off against the CPU or with a friend! Its a game that requires quick thinking and a good clear memory of where all the keys are on a keyboard (or at least hope that your quicker then the other player).It's a fun simple quick game, players must hit the correct key before the other player does in order to shoot the player and score a point.

The game will be available sometime today, we hope you enjoy trying our mini game! Here are some screenshots of current build. We will post again when the build has been uploaded and ready for users to download and play! For now we are only building it for Windows PC. 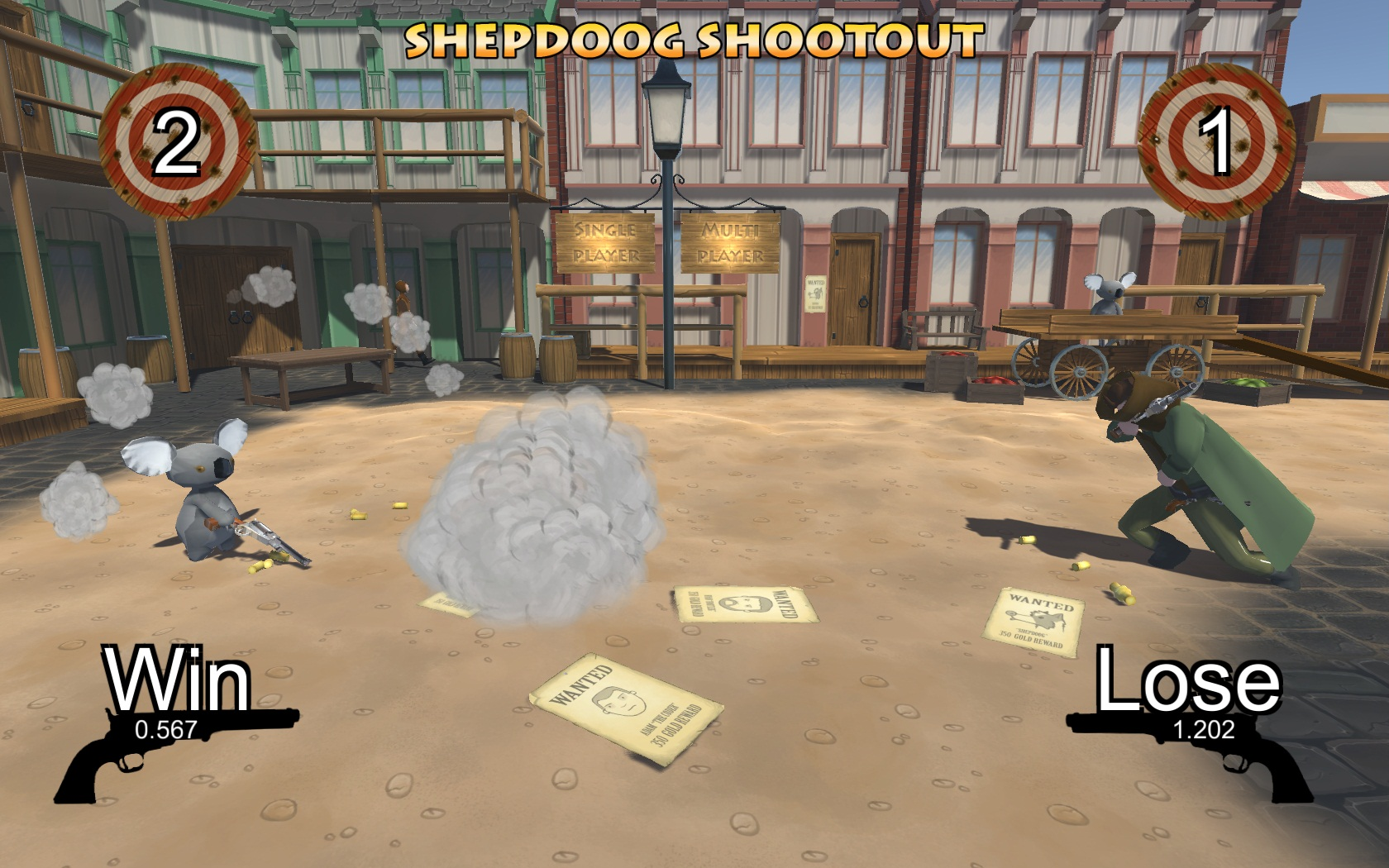 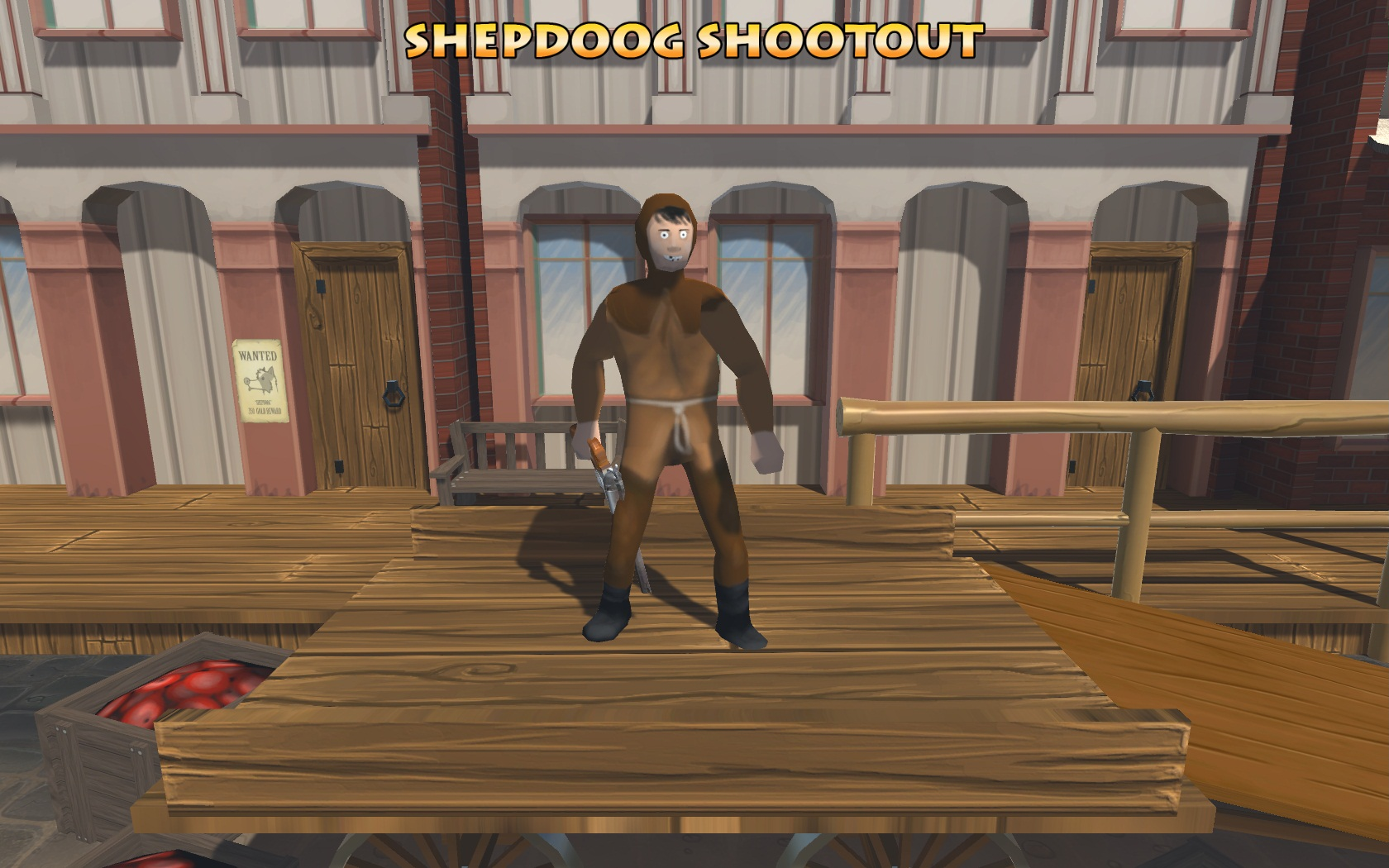 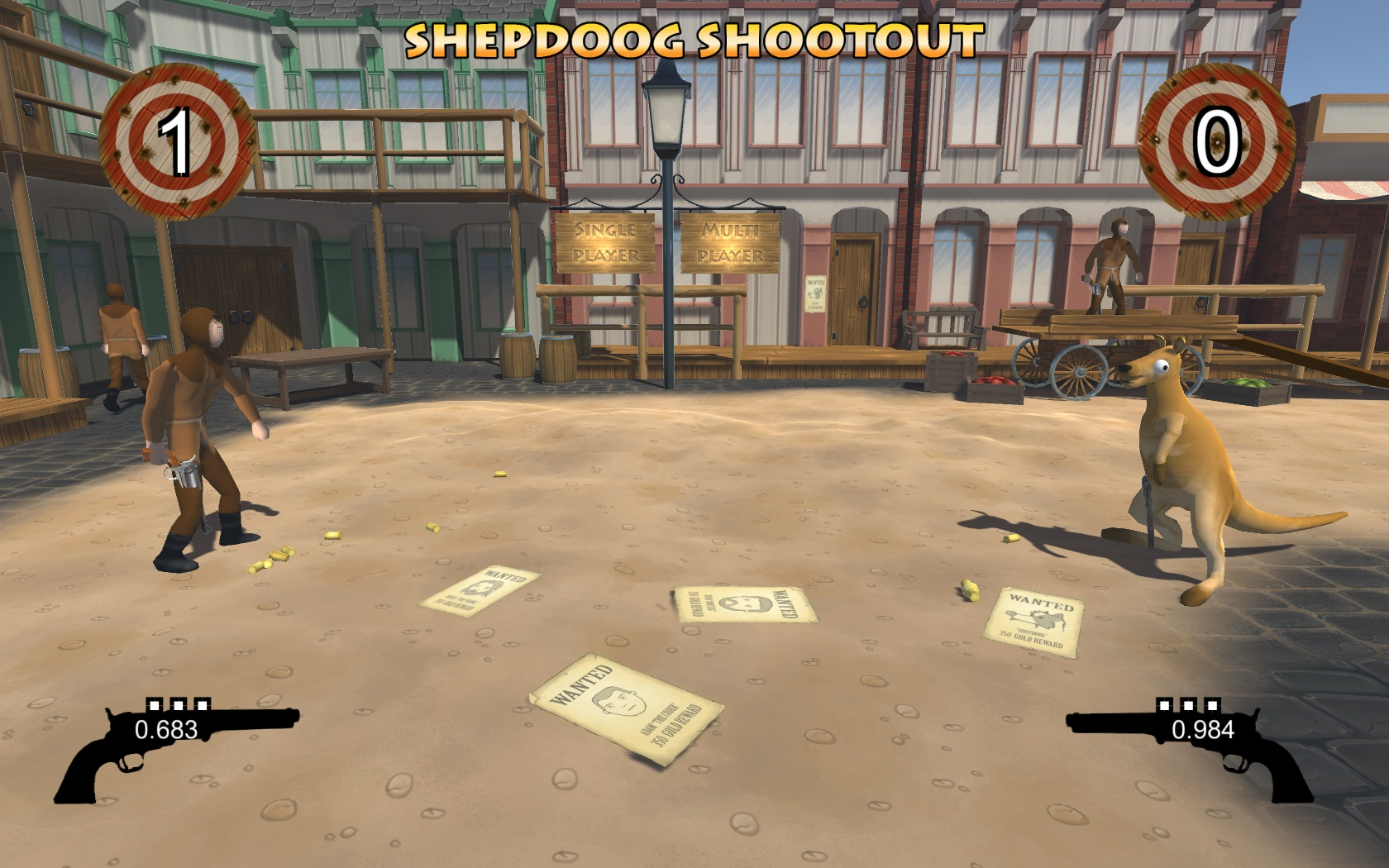 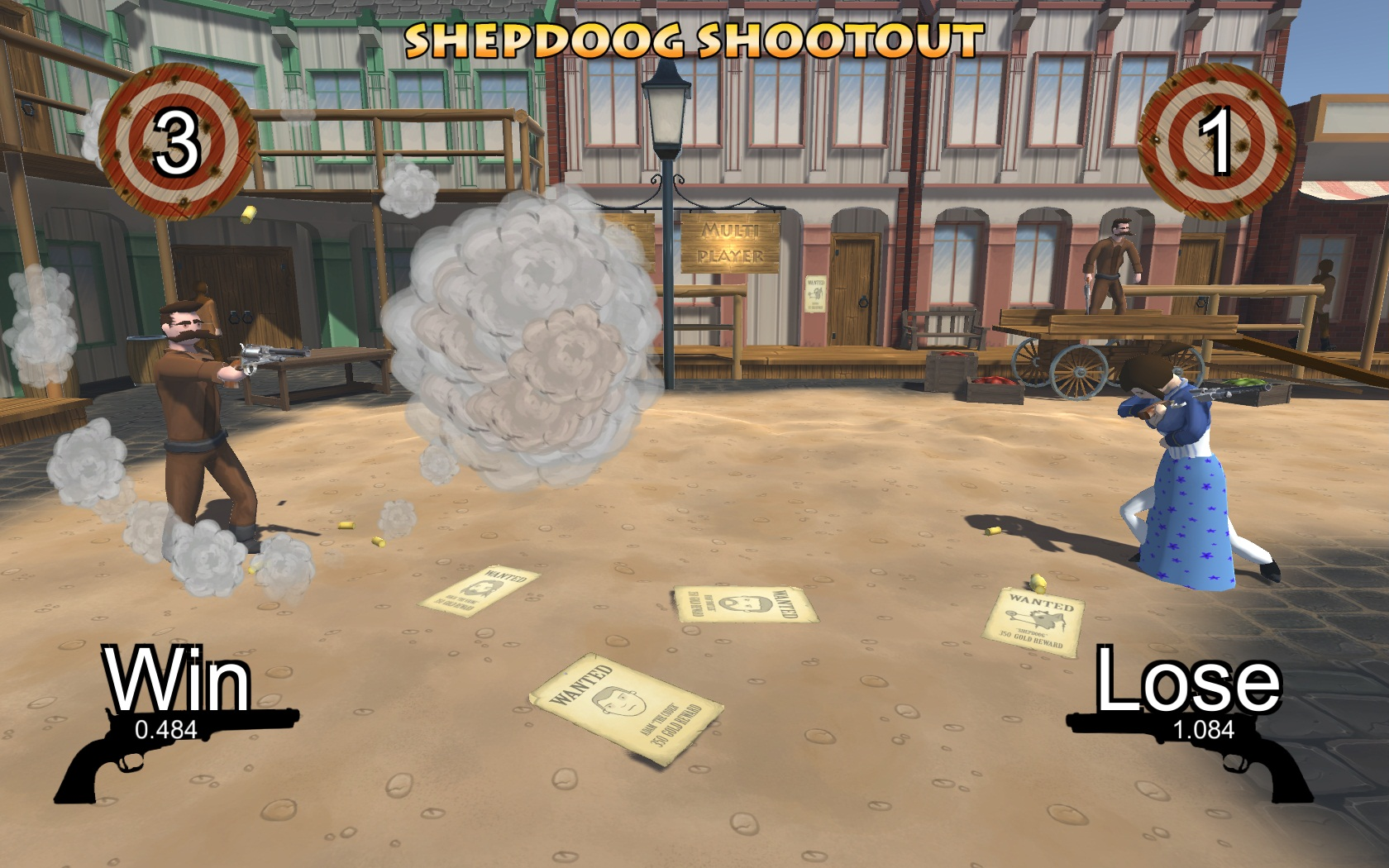