Combo points are a central game play component of Shattered Throne. Learn how this mechanic works and drives complex tactics, in an easy to understand package.

One of the core game play concepts to master in Shattered Throne is that of combo points. When designing the game, I wanted unit formations to be a central theme. This initially took the form of units providing static bonuses when positioned adjacent to friendly units. This worked, but the effects were hidden in the underlying math of the system, rather than being visually apparent. 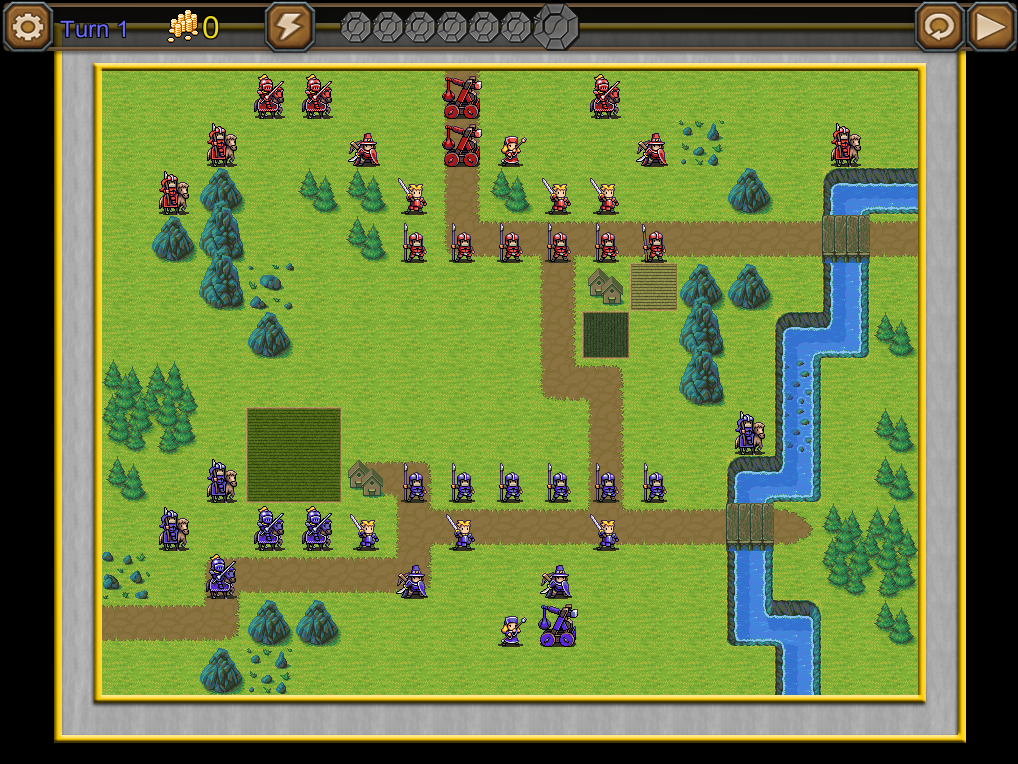 Another concept I wanted to capture is that a unit would become disrupted when subjected to attacks, degrading its abilities temporarily while engaged in combat. This was a feature in a lot of the war games I favor, but did not make for a very approachable game, as such games tended to appeal only to hard core war games.

It was around this time that Peggle came out (Shattered Throne has been bouncing around in my brain pan for quite some time), and the visual effects and feedback in that game really grabbed me. I wondered if the stale concepts of formations and disruption could be presented in a more visually pleasing format, instead of buried in popups.

The simple idea of combo points took hold, and their addition transformed the game from the hard core, to approachable, without a loss in tactical depth.

Combo points in Shattered Throne are quite simple. Whenever a unit is attacked, it gains a combo point. These stack to a max value of 3 combo points. Combo points are lost, whenever you take a move which does not include the unit with combo points as a target.

This models disruption quite clearly, but it may not be as obvious how it also addresses formations.
Formations become important because they cut off one or more attack positions against a target, reducing the the number of combo points which can be built, and likely keeping it alive long enough to be withdrawn or healed back up.

Because of this, ranged attacks are worth a premium, as they allow the ability to increase combo points on a unit without the need to be adjacent, bypassing the protection of a formation. This is then the primary use of ranged units in Shattered Throne, which typically deal very little damage on their own and cost more to hire.

Ranged units are typically also vulnerable to attack, and must be protected, as they can be easily defeated if left open to attack.

This reflects also the primary use of ranged units historically, as a means to disrupt enemy formations, rather than a means to defeat them entirely on their own (history of course is filled with exceptions).

You could say that I then doubled down on the concept of combo points at this time. Any combo points on a unit when it is defeated are converted into mana points, which can then be used to cast battlefield changing powers.

As such, a player who masters the concept of combo points will be able to lead their troops to victory consistently.

In designing the computer player AI, it was found to make very strong tactical decisions which maximize the mathematical trade-offs, but does not have full mastery of the combo point system. I found that I liked it having this weakness. As a player it will be imperative to exploit the combo point system in order to defeat the AI player, especially in higher difficulty scenarios.

Units which strike more than one target:

As well as special puzzle maps designed to test your mastery. 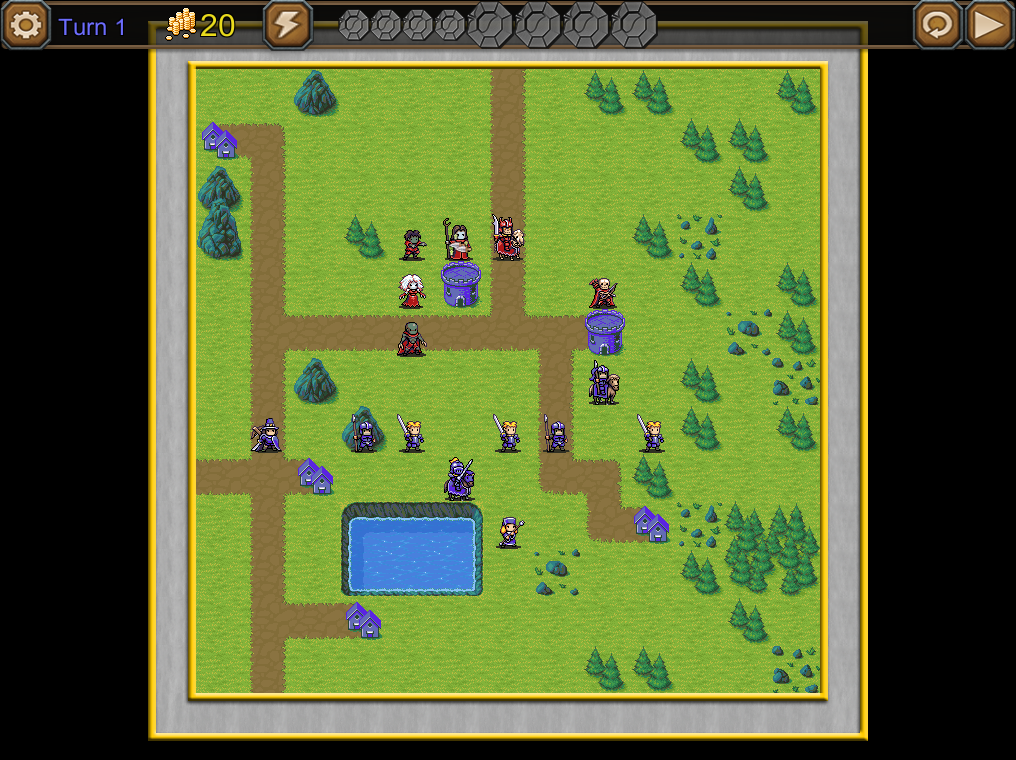 Can you defeat all units in one turn?

Thanks for reading, please vote for Shattered Throne on Steam Greenlight and IndieDB!