In this update I take a look back and review my 2019 roadmap, and look ahead to 2020 with some new goals!

Happy new year! For this update, I figured I'd look back at last year's roadmap and evaluate where the game is, and where it's going this year.

This time last year was a weird time for the project. After a rush to get the game into a playable state by Xmas, I took a long hard look at it. I spent the bulk of last year's roadmap post talking about how the game was lacking cohesion and frankly felt underbaked and not fun. Something had to change, the game wasn't suddenly going to become more fun by just ploughing through like I had been doing (out of blind hope and optimism more than anything).

I've reached these points in projects before, where you have to merge your hopeful, ambitious plans with what's realistic, workable, and most importantly, fun. To start the year, I decided on some crucial changes: Specifically, the management angle just wasn't cutting it (why leave it to other detectives to do fun detective stuff). So that was ditched in favour of making the project a purely player-driven game. Stealth was to be the new driving gameplay mechanic that created peril and made things exciting.

Turns out that was the right move, as this immediately removed a lot of janky complexity and allowed me to focus on what this game has ended up becoming: A stealth game where you break into places you shouldn't in search of clues and information. This substantial pivot as first described in the January blog post was much more work than I realised at the time of writing however, as almost all my targets were pushed back. In fact, last year's roadmap reads more like this year's. This is not uncommon in gamedev though: It's so hard to predict timescales. Something you thought was going to be quick takes ages and vice versa. More frequently than that though, the little bits that you barely ration time for, end up piling up and taking large chunks of your time.

It's not all doom and gloom though, the game is lightyears ahead of where it was this time last year. Not only is it properly playable now, but it's also fun and extremely atmospheric. I've got a much more solid idea of what it is and what needs to be done now, and the development progress is gaining a lot of momentum. Most of the more complex systems are functional, and the development itself is easier-going as a result. The project has entered the fun phase of development; where the things you've worked hard on are coming together and you frequently catch glimpses of the fruits of your labour.

2019 was the year this project progressed from a collection of vague but cool ideas into something real and playable. I'm really pleased about that, as this project in the early days was tough going— there were several times I almost chose to ditch it in favour of something simpler.

Here's what actually happened in response to my plans at the start of the year, goal-by-goal:

Switch the project to unity’s HDRP.

I did this! It went smoothly and took about as long as I thought it would. In December I updated to the latest HDRP/Unity version and it's looking better than ever. Success! 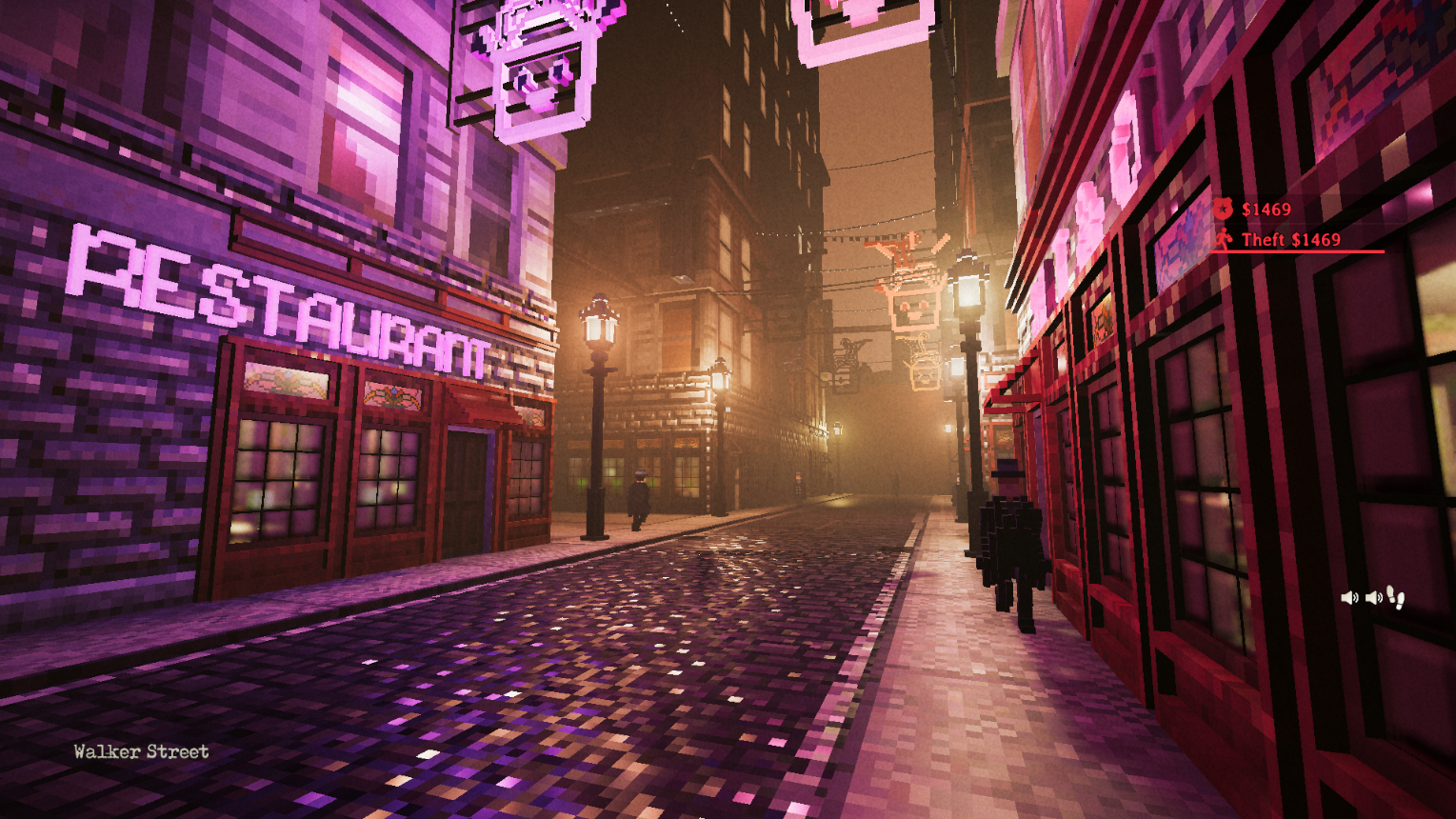 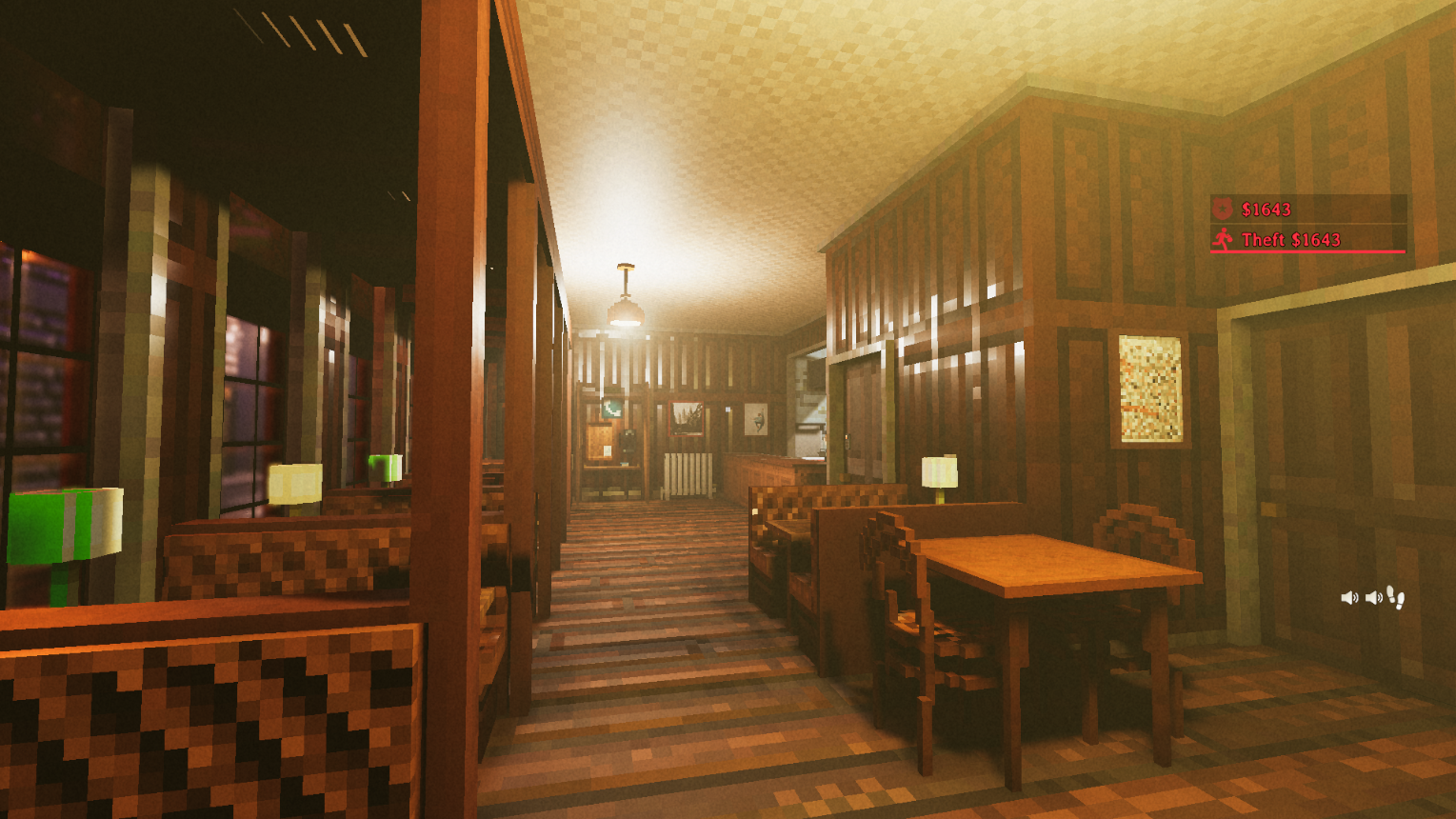 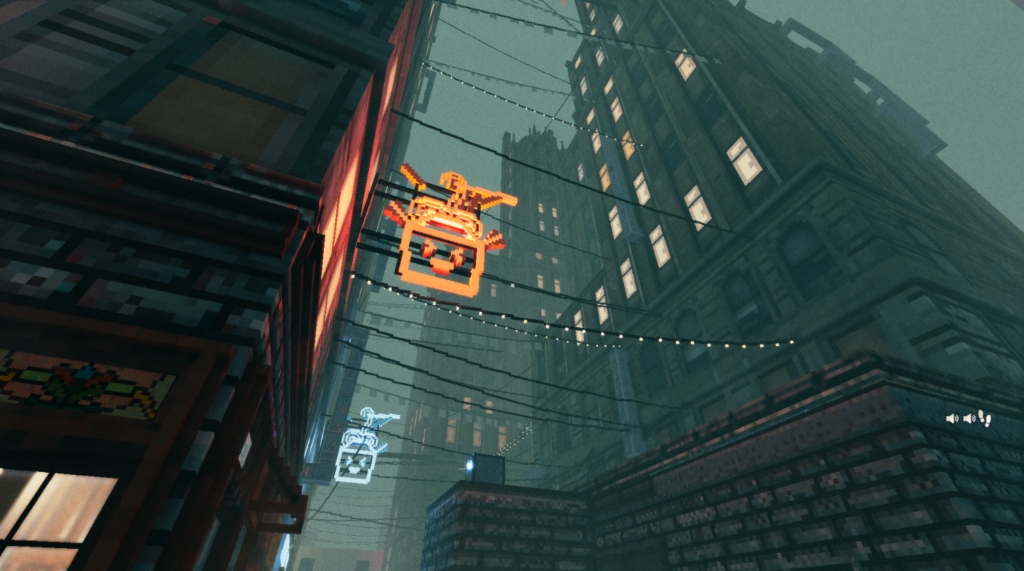 Very recently I've been experimenting with new volumetric lighting and fog in HDRP.

To make the stealth interesting, I need to start thinking more about the environments. Rooms and buildings need multiple entrances and exits (think air vents, windows, fire escapes etc). I’ve got plans to overhaul the generation of interiors that I’m super excited about.

Mostly did this. Air vents are in, but that's about the only alternate entrance/exit. Most of Q1 was spent working on the last sentence— refactoring the way the game handles environments. I ended up making a pretty nifty floor editor along with procedurally generated interiors, an essential addition to the game, which was well worth the time. This took up the remaining quarter though, and I didn't get the fire escapes or windows as entrances/exits done.

I want to get a Steam page up as soon as possible.

I did this one, although it arrived after Q1. I wanted to at least have some gameplay to show before I set up a page.

April 4th: Rezzed 2019. I’d love to demo the game at Rezzed, but getting something presentable enough to demo in time will be very tough.

Didn't manage this, getting something decent by April 2019 was a tough ask and I'm glad I didn't try and rush anything. Knowing the state of the game in Q1 last year, it would have ended up a mess. I'm pleased to say the game is in a much better position this year though, and we're thinking of demoing at Rezzed 2020! (Btw Rezzed is an indie-focused game show in London for those who aren't familiar).

Expansion of citizen models and visuals; there’s a tonne of data being simulated but none of it is visual right now because I only have 1 basic character model.

I've been holding off on this one for ages, as the plan was to hire someone to make character models. As the funding we need for this hasn't materialised, we've still got the basic models and (lack of) animation from this time last year. The characters are starting to feel off as they're so far behind the fidelity of the rest of the game. There's a decent chance they are improved before demoing at Rezzed this year.

Expansion of exterior models- there’s only 1 building model in the game at present.

No other buildings yet, but I've been working on getting the framework for them right. I'll be looking at adding new buildings very soon, and I'm quite excited about it! A fail though in terms of my goals.

Expansion of AI behaviours. What I have is a decent foundation, but I need to work on their routines to give the player more interesting stories to discover.

The AI has been expanded a lot since this time last year, in fact, they've been completely rewritten. They are much more dynamic and react to the player properly making stealth possible, although they are still very janky. Big improvements but nowhere near a finished state.

I knew this was very optimistic even at the time, but December seemed like such a long way away! Not in 2019, but dare I say early access in late 2020 is looking a little more realistic? No promises or I'll have to write my 2021 roadmap as apologetically as this one!

I managed to get much-needed elevators working by Xmas.

There are loads of 'smaller' completed features I didn't write about in last years post though: Revamped UI, procedurally decorated apartments, performance optimizations, elevators— the list is extensive.

There have been plenty of smaller additions that weren't on my radar at the start of last year,
like this ability to draw all over evidence!

Polish up the game with the goal of presenting it at Rezzed in London at the end of March. This means fixing bugs, adding a couple of smaller features and brining stuff that's 'half-way done' up to 'pretty much done'. Get some more content in there, hopefully, some new characters models and animations along with more environmental items and at least 1 new building to make the city more varied.

By this point, I should know if early access by the end of the year is feasible. If it is then it will be a case of adding content throughout this quarter until I feel we have something that's worth your time and money.

If we are able to hit early access this year, the first build will likely feature the first story mission (already done but not polished), or 2 plus a nearly-complete sandbox experience. By that, I mean enough varied side missions and incentives to progress skills/items. There's a couple of cool ideas that I've kept under wraps in terms of what the player can progress towards, but I'll write about that another time instead of spoiling it here.

Gearing up for EA. Polishing, fixing bugs and adding minor content. Playtesting. IF we don't hit EA this year, we should by this point at least have a pretty solid date in mind for when that's achievable.

That caps off my new roadmap, and I'm feeling pretty good about 2020! Don't forget to wishlist the game on Steam if you haven't already, and head on over to our Discord server too.

At least the indie scene doesn't include denuvo protection, denuvo just never works for me. I really just hope for 2020 that those games don't get more.
Iscracked.info