Sewer Tea's first post. Short explanation about what is Sewer Tea about and what kind of title it is.

Sewer Tea is an adventure 2D scrolling videogame for Windows in which you play the role of an "agent" working for the Government on a mission to locate and protect a scientist who's just created a lethal poisonous gas called Sewer Tea.

The town where the secret laboratory is located is in a complete apocalyptic state: several bombings to contain the expansion of the gas have left a mark on the city, which is completely infested with mutations derived from the use of Sewer Tea on the population.

Everything gets twisted when Satan hacks into your communication device with the Government and starts giving you orders. Walls start to fade, you start feeling nausea and think it's because of the gas, but it's something much worse. 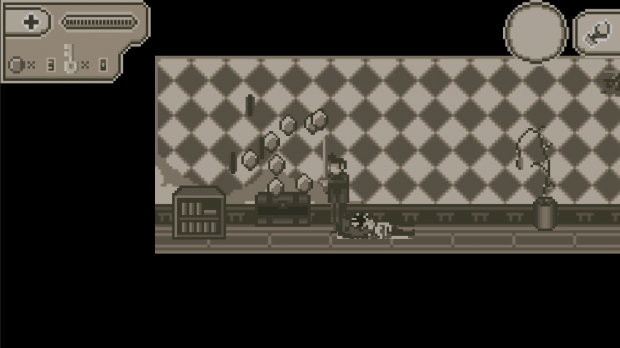 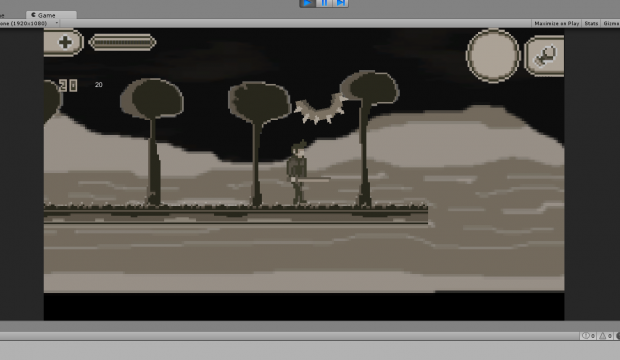 Now that you know what Sewer Tea is about, let me welcome you to the first post about it. I have already been working on this game for a while and since I have more or less finished the main structure and core aspects of it, I've decided I'd upload it to IndieDB.

Right now I'm tweaking some player animations (mainly changes between states) and soon I'll be adding idle animations (right now it's a single frame), to lighten up a bit the feeling of the game and make it more "alive".

After that on my TO-DO list there are some minor changes I have to make to the random level generator. There are several objects (ornamental but also triggerable) that are randomly placed in the levels themselves every time the player enters a previously unexplored room.

Anyway, that's it for today. Hope you enjoy the pictures I've added so far and remember to stay tuned as there will be more coming.